The Elizabeth Glaser Pediatric AIDS Foundation will celebrate the organization’s 30th anniversary with a special birthday party on Sunday in Culver City during its annual A Time for Heroes family fundraiser by toasting one of its longest supporters — Willow Bay.

Bay, wife of Walt Disney chairman and CEO Bob Iger, has been involved with EGPAF for more than 20 years, dating back to her time in New York City. “They sounded the alarm and founded this group of three mothers [Elizabeth Glaser, Susie Zeegen and Susan DeLaurentis] sitting around the kitchen table and actually changed the course of the epidemic,” Bay told The Hollywood Reporter in a recent telephone interview. “I have been privileged enough to go on this journey with them, not since the beginning, but since the very early days. First as a volunteer, then as a board member, and then eventually as co-chair of the board.”

Though Bay stepped down from the EGPAF board after taking a top post at USC as dean of the USC Annenberg School for Communication and Journalism and holder of the Walter H. Annenberg Chair in Communication in July 2017, her admiration for their efforts has not changed. She spoke to The Hollywood Reporter about the global impact of EGPAF, the #MeToo reckoning and fostering healthy debate on college campuses.

Was it Glaser’s story that drew you to the organization?

It was the mission of Elizabeth and her co-founders, the three moms, who decided to become the voice for moms and kids with this disease. It was really the clarity of their mission and the intelligence and effectiveness of their efforts. This is really rare in the course of significant public health crises, that we are able to put all of the pieces together that now pediatric AIDS is nearly eliminated in this country and now we are looking to eliminate it in the heart of the epidemic.

And yet, a vaccine to treat Ebola has been elusive. Do you think the global community is capable of coming together and finding solutions at a time when the world seems beset by massive challenges?

We most certainly are and this is an indication of just how capable we are for coming together to find solutions. When thinking about how far we have come on this journey, how much progress we have made, we cannot let up now. Four hundred children a day are newly infected with HIV and we cannot stop until that number is zero. That number used to be 1,200 a day, so this is a success story. To me, it is a great example of how coming together — private and public — can solve problems. Frankly, it is something that Americans should feel good about. The President’s Emergency Plan for AIDS Relief is a significant, successful intervention on the part of this country in solving a global health crisis and saving the lives of moms and children in this country and beyond.

What experiences in particular resonate for you?

We’ve made mom and baby kits to send to the clinics in Africa, so children really learn in a hands-on way. [Kids] have been able to decorate itty-bitty baby onesies to send to birthing clinics in Africa and that was quite powerful. It is an extraordinarily hard thing to have a private organization partner with a government or health care provider around the world, so to go into one of the clinics in Uganda, as I did, to actually deliver one of the mother and baby kits and hold a baby that the Glaser Foundation helped ensure would be born HIV-free is a pretty powerful connect-the-dot moment.

The organization has grown a lot since the beginning.

For sure. The other thing that is really fascinating and inspiring is that Jake Glaser, Elizabeth’s son, I’ve traveled in Africa with him at a time when in sub-Saharan Africa people were just beginning to be able to access life-saving treatment. Jake is this robust, vigorous, handsome young man and I traveled with him to places where there is very little hope. To see the look in people’s faces when they realized that life with HIV could look like a healthy, vigorous young man who was living life to the fullest … you could see the lights go on when they met and engaged with him realizing that it wasn’t a death sentence. 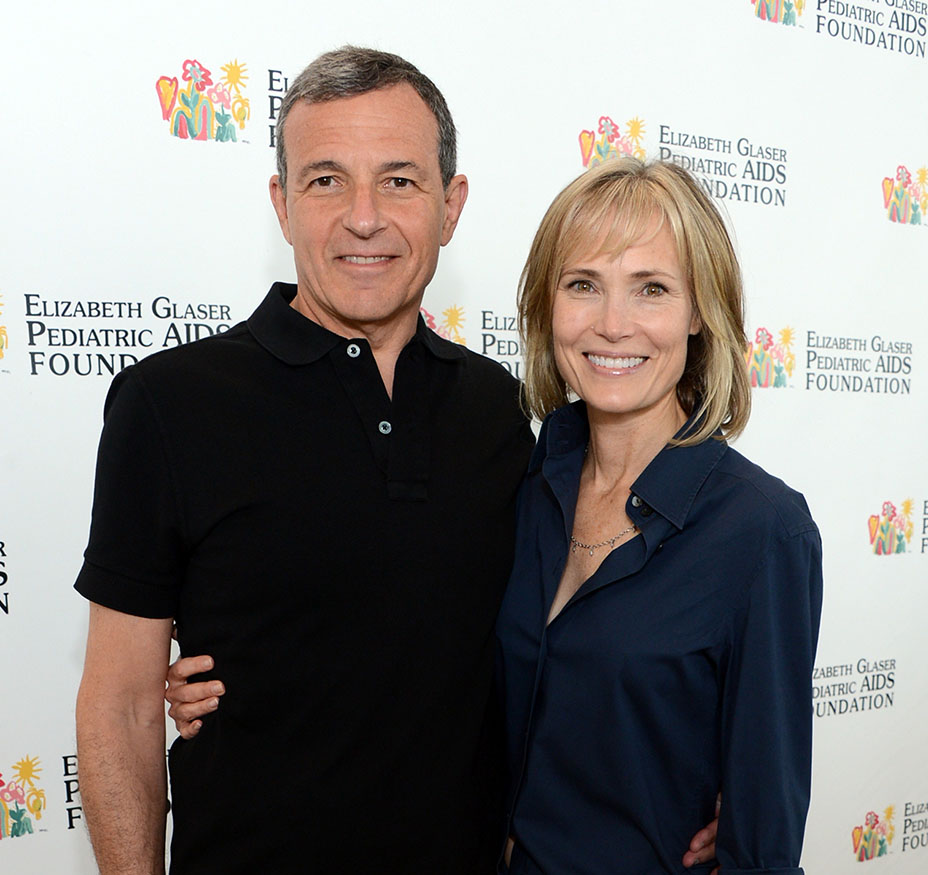 How do you decide where to put your energy and your focus in terms of charitable causes?

I should say for context that with the exception of LACMA, I really came off all boards when I [took the job at USC], so my involvement now is minimal because of the significance to my commitment to Annenberg. What I can tell you is that I have looked for critical and inspiring leaders matched with clarity of mission and vision. Elizabeth, Susie and Susan had that and have continued to be laser-focused under the leadership of Susie and Susan after Elizabeth passed away. To talk about LACMA for a moment, Michael Govan is a once-in-a-generation art leader and we are lucky to have him in Los Angeles. One of the reasons I’m here at USC Annenberg is the clarity and innovation of [Wallis Annenberg’s] philanthropy and the support that she offers to this school and so many places around the city. It’s really quite remarkable.

What do you like most about your job at Annenberg?

The students. This generation of young people is exceptional and it makes me hopeful about the future.

What is the part of your job you like least?

I’m going to keep that to myself. Final exams — I’ll leave it at that.

You were a model and a television journalist, two fields that have been rocked by #MeToo. What was your experience like? And have you been surprised at the frequency and ferocity of these accusations and disclosures?

I was really devastated by the frequency and ferocity of all of these disclosures. Really devastated by it. The amount of pain that women carry with them has been really distressing for all of us to live through. But again, when I am here at Annenberg every day I am much more hopeful because I believe this new generation of young people will not stand for this anymore. They expect and know how to use their voice for themselves and each other. They expect that the places they go to school and work will have the right people, policies and procedures in place to allow them to voice concerns, and they also work really hard to equip themselves with the right skills and experience to be able to take advantage of opportunities offered to them.

We work very hard here to make sure that we are creating a climate where we can explore challenging issues and issues where there is not a consensus and unanimity. That means being open to the discussion and debate and being in a place where protest is supported. We saw that a few weeks ago when we had Ben Shapiro here. There was both an audience eager to understand, and likewise there was a robust, civil, but highly engaged protest outside. That is how it should be.

The murder of Saudi dissident Jamal Khashoggi has tragically illustrated the crackdown on free speech and independent journalism in other parts of the world. But there are also constant attacks on the U.S. press coming from the highest office in the land. What is it like to be the dean of a journalism school at this moment in time?

There is a tremendous amount of energy and interest in pursuing this as a field of study right now, which is exciting. There is a tremendous amount of interest from non-journalism students in engaging in the academic and intellectual pursuits around journalism and media studies. We had a talk by former dean Geoffrey Cowan in our biggest auditorium and we did not have an extra seat. I sat on the steps — it was packed. There is a great degree of interest. It is fantastic that young people care about the practice and principles of journalism whether they are training to be journalists or not. 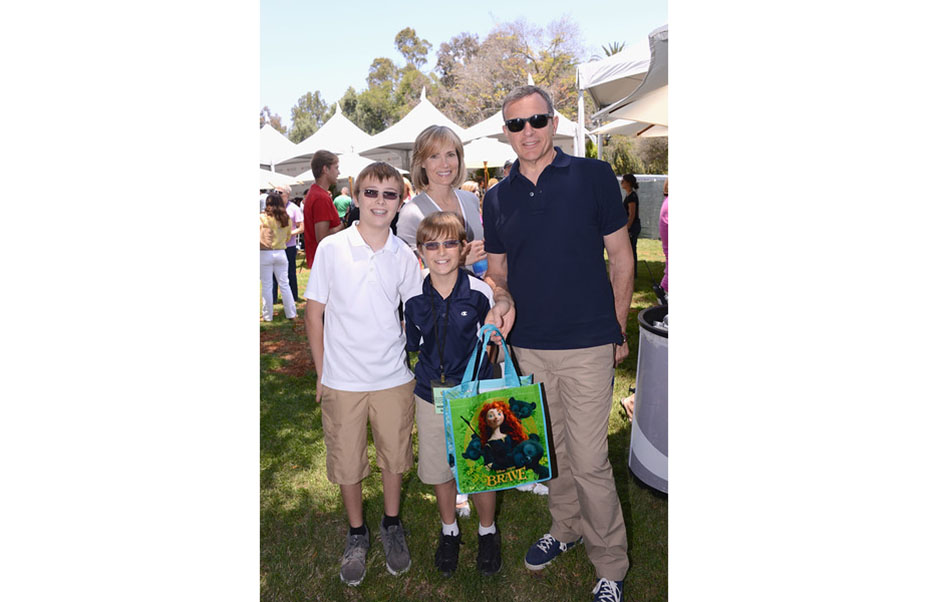