Back in the 1980s in the U.K., when students weren’t listening to the Smiths or marching with the striking miners, positively everyone — especially those enamored with newfangled concepts like structuralism (or, for the very hip, post-structuralism, in the pre-postmodern days) — was besotted with the “carnivalesque.” A notion coined by Russian literary critic Mikhail Bakhtin via a study of medieval writer Rabelais and others, the carnivalesque relates to the up-is-down, high-is-low inversion of normal order that takes place during religious festivities like the Feast of Fools, when the lower classes are kings for a day and the upper echelons are humbled.

It was carnival time all the time in academia back then, and the giddy stuff seeped into the very groundwater of British literary culture, where it added a particular smoky flavor to the fiction of rising-star writers of the age like Salman Rushdie (Midnight’s Children) and Angela Carter (The Bloody Chamber).

For anyone who lived through those times, watching theater director Emma Rice’s adaptation of Carter’s Wise Children, which just opened at the Old Vic, will bring it all back as surely as the smell of Afghani black or the sight of a Flock of Seagulls haircut. Having already staged a well-received adaptation of Carter’s Nights at the Circus in 2006, back when she was artistic director of the Kneehigh Theatre company, Rice has returned for another deep dive into the Carteresque with this version of the late author’s last work.

A shaggy, baggy picaresque romp of a novel featuring several sets of twins, mistaken identities, strutting showgirls and Shakespearean thespians, incest and infidelities and illegitimacy, the book is sort of a mad, hot mess, not always in a fun way. Rice’s adaptation has skillfully pruned many of its subplots and digressions to create a theatrical work that’s trim, tuneful and true to the burlesque, carnivalesque spirit of the original, and never less than a gas to watch. If, like so many then-acclaimed ’80s works of art, it’s ultimately more subversive in theory than in practice, well then that’s even more true to the period.

The antic tale is chock-full of references to Shakespeare, especially the comedies and late romances, with action that spans the Victorian era up to 1989, the plot’s present day. That’s when twin 75-year-old sisters Nora and Dora Chance (played at that age by Etta Murfitt and a dragged-up Gareth Snook, respectively) look back and recount not only their own colorful lives but those of their grandparents and then of the twin brothers, Melchior and Peregrine Hazard, the Chance sisters’ father and uncle, respectively. Mind you, there’s speculation, not without foundation, that Peregrine might have been their father and Melchior their uncle given, as a character remarks here, that motherhood is a fact but fatherhood is always a hypothesis. Or, as the proverb goes, it is a wise child that knows his own father, hence the title. 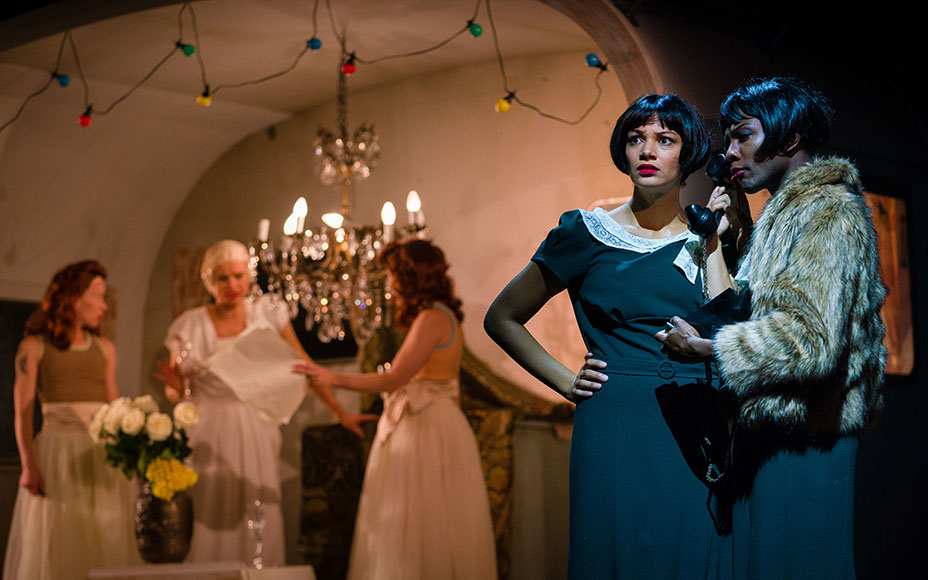 As the elderly incarnations of Nora and Dora narrate their family history, the remaining 13 members of the cast take turns operating toddler-sized people puppets, butterflies and flames on sticks; embodying the many assorted characters; playing instruments; or singing up or off to the side of the gently raked stage.

Some of the ensemble play Nora or Dora at earlier ages. Bendy, circus-skilled Mirabelle Gremaud offers up a gymnastic Nora, paired with tiny but vocally powerful Bettrys Jones as young Dora, for example. Later the roles are taken up by willowy and well-paired Melissa James and Omari Douglas, thereby keeping up the production’s commitment to both color-blind and gender-blind casting. The actual performers may have different genders and ethnicities, but thanks to costuming and the power of make-believe, they’re playing identical twins all the same.

Certainly, no one seems to get much rest for the duration, as all seem to be in perpetual motion, tightly choreographed by Murfitt herself. A mobile home with one side cleaved away to provide an interior within the set seems never to stop revolving on the stage’s cake stand. It’s almost enough to make you dizzy, and not every utilization of the prop-cum-set feels strictly necessary. Still, the cast appears to be having fun with it all, showing off impressive fitness and movement skills, embodying in their very limbs the text’s often repeated refrain, “What a joy it is to dance and sing!”

Given this surfeit of ebullience, the text’s darker elements aren’t as neatly or easily assimilated. An early scene where Peregrine (at that point played by Sam Archer) pulls down 13-year-old Nora’s knickers rather dampens all the fun, as child abuse is wont to do in a story. The awkward handling of this and other incestuous elements (Granny Chance, played otherwise hilariously by Katy Owen in a spangled fat suit, loves to snatch at her charges’ genitals) remains uncomfortable. This perhaps betrays the source novel’s 1980s origins, a time when pedophilia could be reduced to little more than a literary device, deployed to lay down an allusion to Vladimir Nabokov’s Lolita.

Ultimately, that view of fiction as part of a vast intertextual glass bead game, storytelling as intellectual sport — without reference to real world feeling because realism is for squares, daddy-o — is what really dates the material, leaving a slightly bitter taste in the mouth. And with a theatrical bonbon like this, a sort of adult-themed literary pantomime, that’s just a teensy bit problematic. 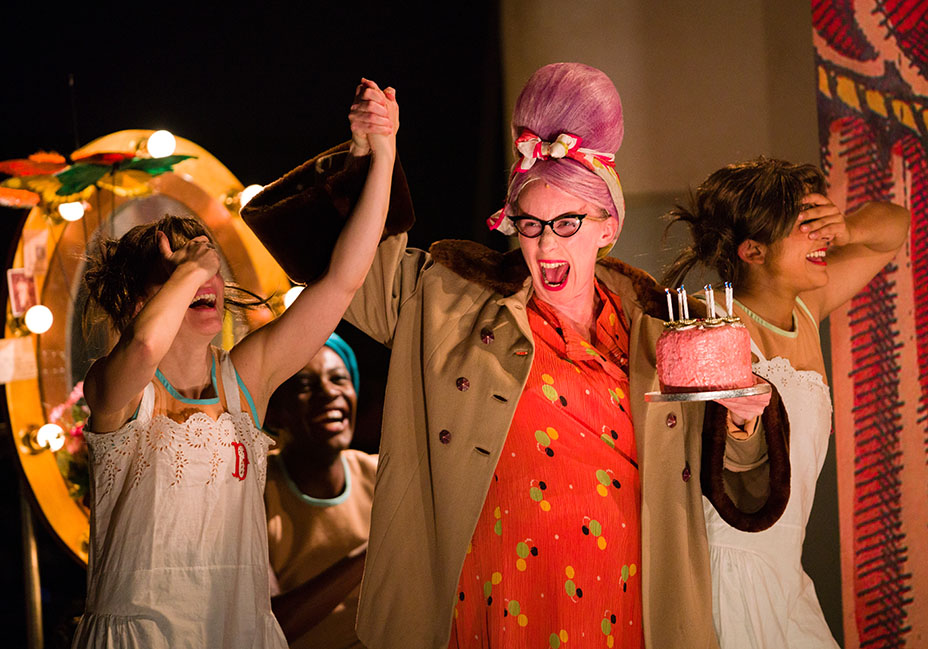