With his Spago Las Vegas newly relocated from The Forum Shops at Caesars to the Bellagio — marking a new era for a spot that remade the city’s dining scene with its 1992 debut — Wolfgang Puck reaffirms his status as the city’s top star chef: His name stretches from one end of the Strip to the other, from Lupo at Mandalay Bay to Cut at The Palazzo. And while Puck politely declined an offer from Steve Wynn to set up at the Bellagio back in 1996, the hotelier soon brought in Sirio Maccioni, setting off a culinary arms race among Vegas resorts that continues to this day. Together with his managing partner, David Robins — who came to Spago Las Vegas in 1992 via Puck’s San Francisco restaurant Postrio (after being plucked from the kitchen of Jeremiah Tower’s Stars) — the Spago master recalls how it all began.

WOLFGANG PUCK I decided on Vegas in ’91. Sheldon M. Gordon, who built The Forum Shops at Caesars with Simon & Associates, told me about this building with the [sky] changing colors and everything. I said, “You are completely crazy,” and he said, “No, you have to know Las Vegas, they’re going to love it.” I couldn’t get rid of him. I said, “OK, Sheldon. I will do Spago if you get the money. Don’t ask me to invest.” He said, “No problem.”

DAVID ROBINS Opening night, we did a lot of standing around. We were not aware of the convention cycle, and we opened in December when the city’s dark for two weeks. And the cowboys are here for the rodeo. Wolf and I were looking at each other like, “What’s happening?”

PUCK We had an open kitchen, and they used to come up and say, “Do you have any ribs? Any burgers?” And I’d just look at them. I had to go home [to an] apartment we had not far from here and drink a bottle of red wine. I couldn’t go to sleep. I said, “Oh my God, such a mistake.” Then we got in the Review-Journal with a [great] review. And that night maybe 60 people showed up. I had nine waiters and runners, I had 20 people in the dining room working. Everybody said, “Don’t worry, it’s gonna get better.” Then New Year’s Eve came, and it got crazy, and by May, I had the line out the door. I remember making pizzas and bringing them to people in line and cocktails. 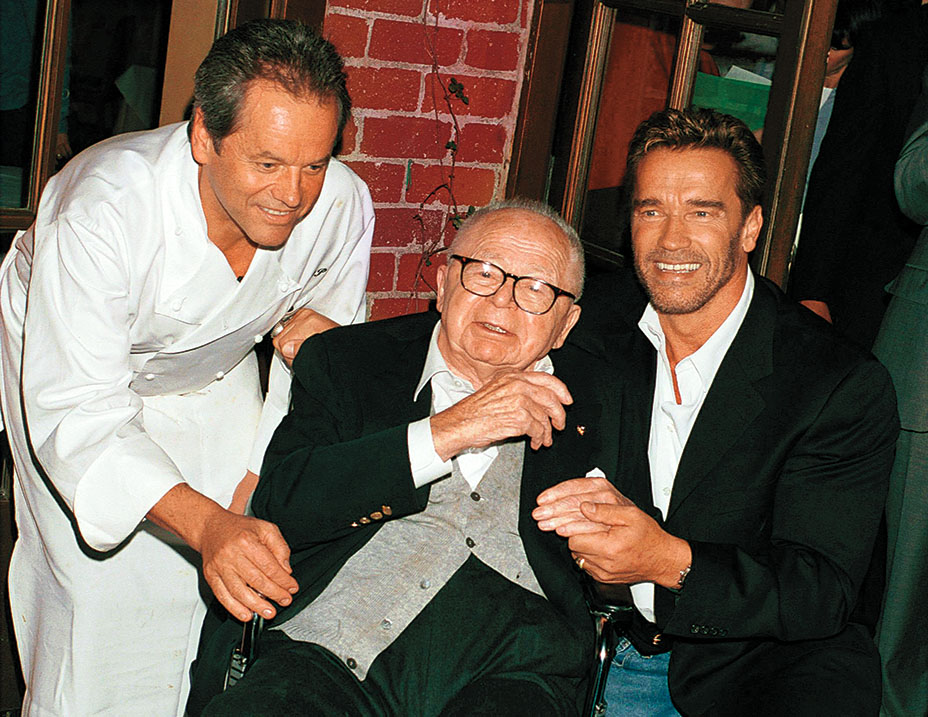 ROBINS Our first big celebrity guest was Sting, who was opening for the Grateful Dead. I don’t know how that happened. But he’s a vegan, and I got called to the table and could barely speak because it was Sting. The town was embracing us. We used to do 300 lunches and 500 dinners, and the bar would rock until 2 a.m. Jeremiah laughed at me when I left Stars. He said, “You’re going to the armpit of America. You’re making the biggest mistake of your life and you’re an idiot.” Three months after we opened I was on the cover of the Living Arts section of The New York Times. I sent it to Jeremiah and I said, “Well, I guess I made the right choice.”

PUCK We had a lot of people who performed at Caesars, like Sinatra — he loved our bread. And there were all the fights — I used to go and bring over Jack Nicholson and Arnold Schwarzenegger. Marvin Davis had a plane, and I used to come with him to the fights. And he knew everybody. I told Marvin, “We’re going to have dinner at Spago after,” and he’d say, “Let’s call Sly Stallone.” Everybody used to hang out, and then all the showgirls, barely dressed, walking up and down the [grand staircase]. We had a bar out in front, Herbie Hancock used to play the piano when he was in town. And then there were the Las Vegas celebrities like Wayne Newton, Siegfried & Roy. They got so excited because they could come to us and we were not in a hotel. Steve and Elaine Wynn, who had just opened The Mirage, used to come, and 20 years ago, when Steve built Bellagio, I had meetings with him, but at that time I wanted to own my restaurant. We couldn’t make a deal — but we stayed friends forever. [Spago at Bellagio is hotel-owned and Puck-managed.] We changed because we have to change. People get bored if you give them the same thing. [During the Billboard Music Awards,] J.Lo was taking her selfies out here and dancing. DJ Khaled and T.I. were here. At Bellagio, we have so much natural light — Gelila, my wife, designed the space, black and gold. It’s a movie theater in a way — the outside is so amazing, why compete with that? 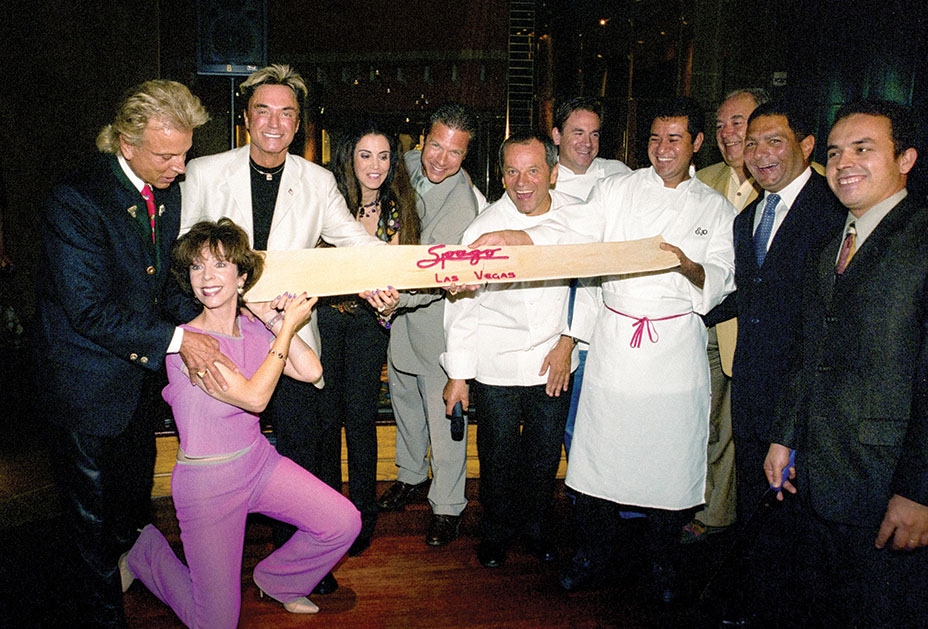