Working: A Musical is unique in its patchwork of monologues and songs that compel us to look at the person behind the job, but this 1978 documentary-theater experiment has always elicited more admiration than passion. Earnest, heartfelt and a tad sentimental, the show takes its cue from the subtitle of the oral history compiled by Studs Terkel on which it was based: People Talk About What They Do All Day and How They Feel About What They Do.

While the original Broadway production was a fast flop, the musical has had a robust life as a regional and school staple in revised versions. This latest iteration, performed by a cast of eight talented principals, shows why the material remains relevant and relatable.

Composer Stephen Schwartz and librettist Nina Faso devised the show, inviting contributions from other songwriters, including Craig Carnelia, Micki Grant, James Taylor and Mary Rodgers, the latter collaborating with lyricist Susan Birkenhead. Some songs have been dropped over the years as professions grew more obsolete (Schwartz’s newsboys number, for one), while new elements have been added to update the work, notably two songs by Lin-Manuel Miranda.

The common thread is the necessity of making a living for all of us who are not independently wealthy, and among the themes running through the show are the need to find dignity in even the most seemingly mundane employment, the reward of taking pride in one’s work, no matter how humble, and the legacies of parents either passing down professions from one generation to the next, or striving to enable better working lives for their children. “The extraordinary dreams of ordinary people,” was how Terkel described it in his 1974 book.

Family legacy in the positive sense is explored through new interviews conducted for this production with the employees of New York City Center, where the musical is being staged by director Anne Kauffman for just five performances. The actors play two generations of security, front-of-house and box office staff. This engaging element serves the dual purpose of celebrating the often overlooked people who make one of this city’s great cultural institutions run, and by extension, the unseen, underappreciated folks who keep America’s wheels turning. 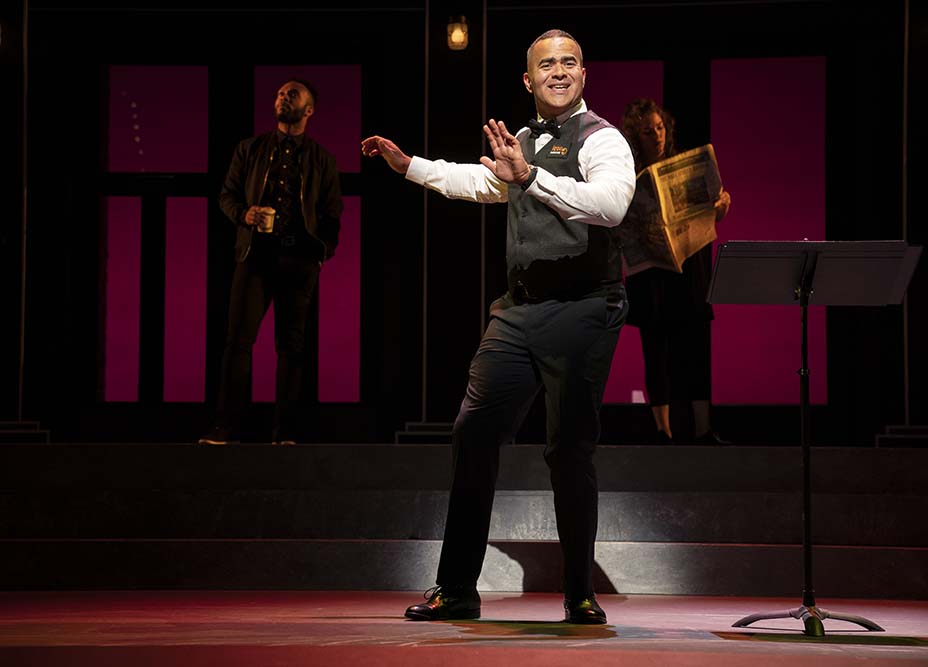 The heart of Working has always been its depiction of blue-collar jobs, and while trades like artisanal stone mason and millworker evoke another era, other professions portrayed here like waitress, fireman, teacher, long-distance truck driver and that most reductive of vocational designations, housewife, remain very much a part of the fabric of this country.

As for the presentation, it’s pleasantly entertaining, if somewhat lacking in vitality — marred by some static staging, abrupt transitions and a problematic sound mix on opening night. It doesn’t exactly make a revelatory case for the disjointed musical, but it showcases the sui generis piece’s singularity, with Kauffman instilling the feel of a community project among the cast, even as they cross paths in entirely separate vignettes.

What’s most notable in the ensemble is that Miranda, in addition to contributing the two numbers added in 2012, could almost replace Kevin Bacon here in the old “Six Degrees” parlor game. The principals include Mateo Ferro, a dynamic newcomer who had a breakout success in Miranda’s In the Heights at the Kennedy Center; and the always-delightful Andrea Burns, who was in the same show’s original Broadway cast. Then there’s Hamilton’s original George Washington, Christopher Jackson and Miranda’s own alternate in the title role of that show, Javier Munoz, as well as longtime collaborator Alex Lacamoire, who did the orchestrations with Bruce Coughlin.

Ferro is a sparkplug with a voice as sweet as honey on Miranda’s “Delivery,” about a fast-food worker, and this is one of the few numbers where Avihai Haham’s hip-hop choreography for the ensemble’s four dancers doesn’t feel extraneous. But on a song where every rapid-fire lyric needs to be heard, it’s too bad the seven-piece onstage band led by Alvin Hough Jr. often drowned the vocals.

Another upbeat song is Burns’ big moment in Schwartz’s “It’s an Art,” playing a waitress who brings maximum finesse and sassy humor to every order. Likewise, Grant’s “Lovin’ Al,” in which effortless charmer Jackson channels his inner Rat Pack as a smooth valet parking attendant. However, it’s numbers like these, and Taylor’s soft-rock “Brother Trucker,” with David Garrison hitting the turnpike in a big rig, that tend to date the show and expose its herky-jerky tone. Working works far better in reflective mode. 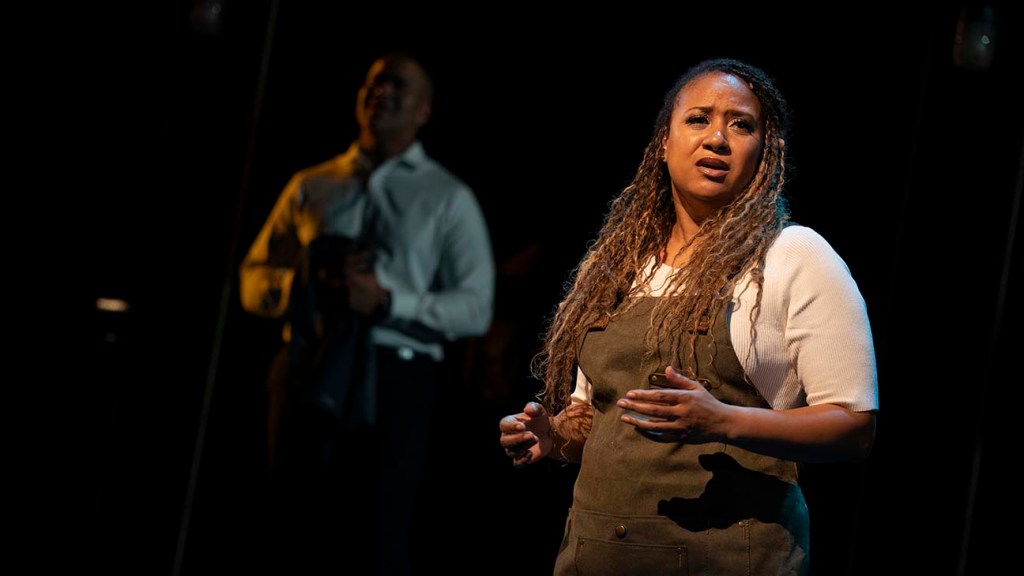 Helen Hunt’s long absence from the New York stage hasn’t dimmed her ability to find the emotional core in a scene, defining a series of characters in brief monologues throughout. And although she’s a capable rather than outstanding singer, Hunt connects with the poignant story of Rose Hoffman, a dedicated career schoolteacher struggling to change with the times and maintain her authority over increasingly undisciplined students in Rodgers’ “Nobody Tells Me How,” with updated lyrics by Birkenhead to reflect a culture in which educators must compete with smartphones and social media for attention. Hunt also brings welcome understatement to the pathos of Carnelia’s “Just a Housewife,” a tender confessional in which she acknowledges with apologetic humility that society sees her as dull and unambitious but then quietly reaffirms the worth of her role as a wife and mother.

The show’s most memorable song is Taylor’s widely recorded “Millwork,” a melancholy ballad stripped back to its acoustic roots and performed with soulful feeling by Tracie Thoms as a steam-press operator in a luggage factory, while the remainder of the cast mime the robotic repetitive actions of industrial plant workers behind her. Thoms also gets to fire up into R&B euphoria on “Cleanin’ Woman,” in which she vows that the three-generation cycle of domestic work in her family will end with her daughter.

Jackson is at his best on Carnelia’s “The Mason,” an ennobling hymn to the craft of the stoneworker, building houses that will stand for multiple lifetimes; Garrison is moving as he drifts between memories of youth and the unfamiliar idleness of retirement in the same composer’s “Joe”; and despite being bizarrely tucked away at the rear of the stage, Munoz pours raw emotion into the internal conflicts of Schwartz’s “Fathers and Sons.”

The addition that works far better here than in the 2012 revival where it was introduced is Miranda’s delicate “A Very Good Day,” in which Munoz as an elder-care worker and Burns as a nanny give stirring voice to the countless immigrants paid to care for other people’s families.

In keeping with the site-specific aspect of Kauffman’s production, designer Donyale Werle’s set is a stylized representation of the columns and doors of City Center, with the rear panel flying away in the closing number to reveal a representation of the building’s façade. As a way of marking the venue’s 75th anniversary season, it’s a captivating touch, even if the show chosen to deliver that salute will perhaps never be the most cohesive or satisfying musical.