A piece of Hollywood history is going back on the market.

Zsa Zsa Gabor’s Bel Air estate — located in the prestigious East Gate neighborhood at 1001 Bel Air Road and once home to Elvis Presley — is being reintroduced to the market at $23,450,000 by Jade Mills at Coldwell Banker Global Luxury. The property was built in 1955 and is said to have been commissioned by Howard Hughes.

The listing, which goes live July 6, comes on the heels of an estate auction organized by Prince Frederic von Anhalt, Gabor’s ninth and final husband. Gabor, who passed away at the age of 99 on Dec. 18, 2016, purchased the home in 1974 and lived there for decades during which time she hosted lavish parties for such guests as Queen Elizabeth, Ronald Reagan, George H.W. Bush, Elizabeth Taylor and Frank Sinatra. Like Gabor, the home became a star, after serving as a location for HBO’s Liberace biopic Behind the Candelabra and the Oscar-winning film Argo directed by and starring Ben Affleck.

According to The Real Deal, the home was sold for $10.4 million in May 2017, and it appears the new owners (who wish to remain anonymous and purchased the home as an investment property, per a Coldwell Banker rep) are offering up the digs complete with permits and plans for it to be rebuilt — or not. Situated on more than an acre, the gated estate offers 360-degree views from downtown Los Angeles to the Pacific Ocean. As part of the listing, the property comes with approved permits and plans from architectural firm Harrison Design to construct a new 24,020-square-foot two-story residence, including a 4,100-square-foot six-car garage, as well as a pool along with covered loggias, as the current property is in need of an upgrade.

The existing Hollywood Regency-style home measures 8,878 square feet, with six bedrooms and seven bathrooms. The grounds feature patio space and a pool, all overlooking the city. Plans for the new residence feature an open plan living/dining room, study, grand circular staircase, open plan family room and kitchen with two islands and a butler’s pantry completing the first floor. The second-floor plans feature a master suite with a sitting room with an adjoining covered terrace, his and her baths, his and her closets plus four en-suite bedrooms and a playroom. The lower level offers a recreational room with a bar, a screening room, a gym and a steam room. In total, the plans for the new residence offer seven bedrooms and 10 bathrooms.

Said Mills: “Royalty, world leaders, and Hollywood icons have graced this property. It is poised and ready to be transformed into an elite private compound in one of the nation’s most coveted communities, perched atop a summit that overlooks all that Los Angeles has to offer.

Scroll down for images of the property. 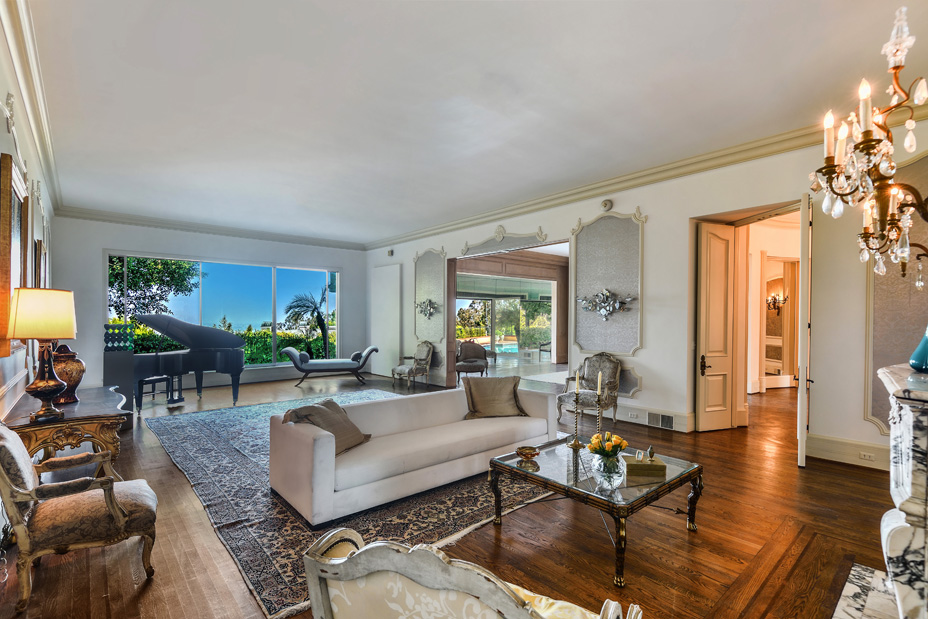 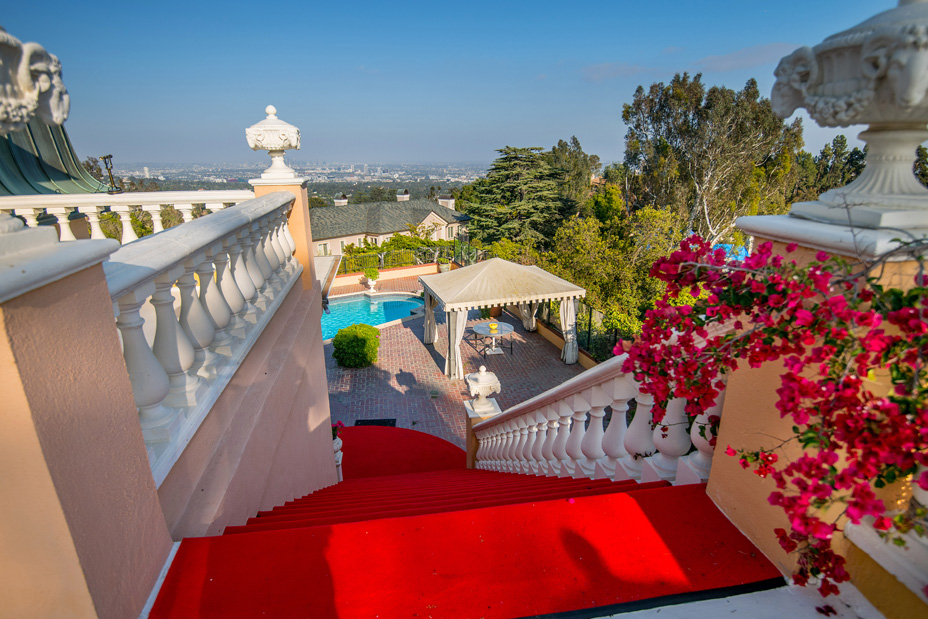 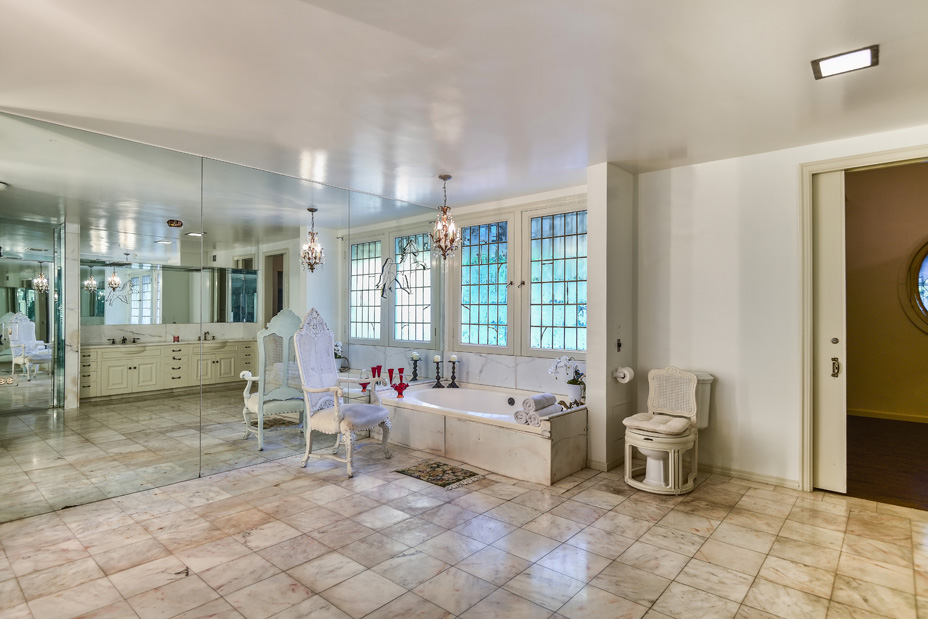 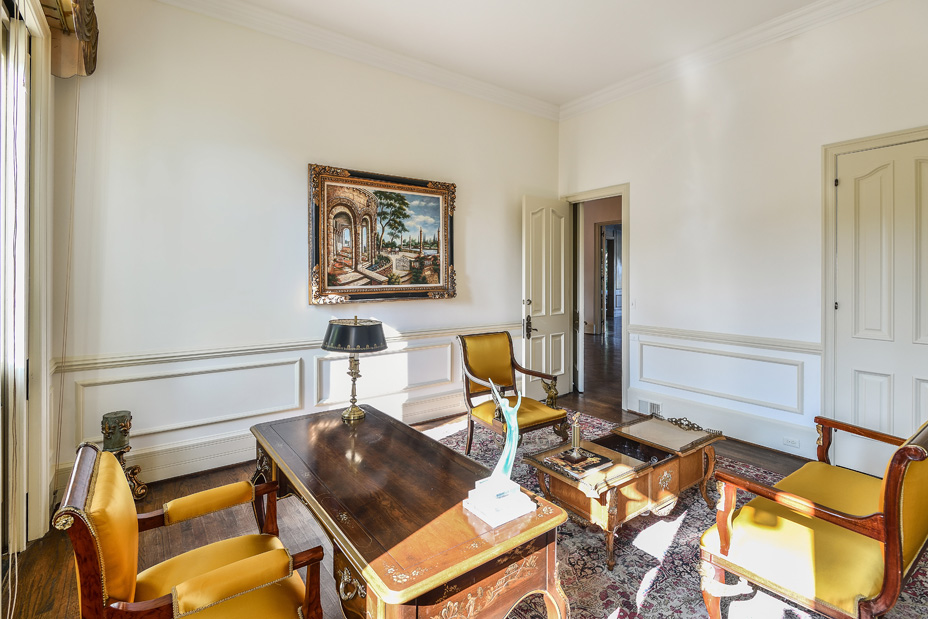 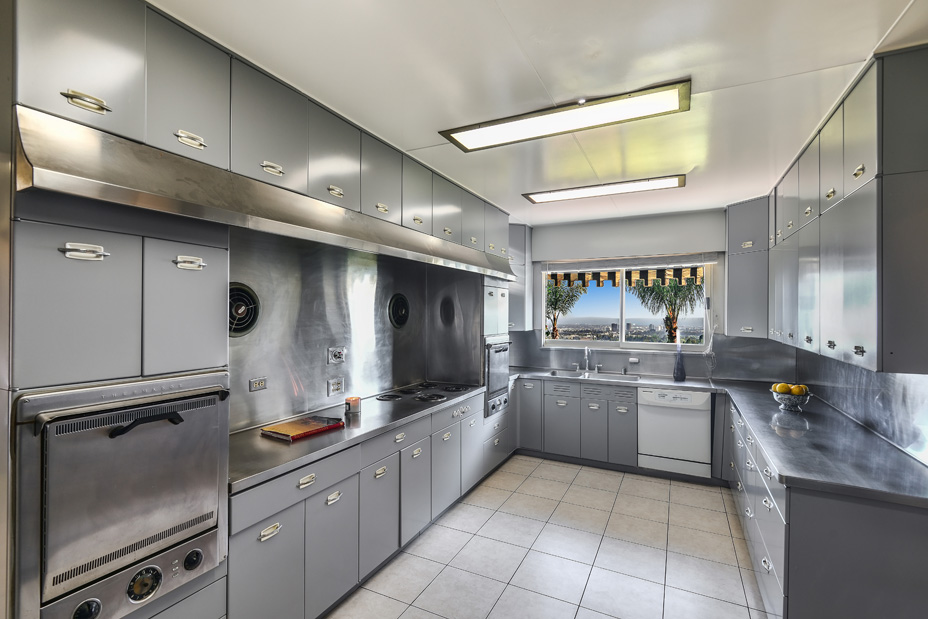 The 'Prince' of Hollywood: Zsa Zsa Gabor’s Widower Reveals His Hustler Past as He Auctions Her Belongings