Three years after dramatically destructive Hurricane Odile drove visitors away from its shores, Los Cabos — which regularly lures the likes of Jennifer Aniston, George Clooney and Jessica Alba — will see a luxe new getaway on its less-discovered East Cape, 45 minutes from the airport (itself a two-and-a-half-hour flight from LAX). Costa Palmas, the forthcoming 1,000-acre Four Seasons village, boasts a resort, residences, a members-only club, 200-slip marina, Robert Trent Jones II golf course, organic farms and (a Cabo rarity) two miles of swimmable white sand beach on the Sea of Cortes. “It is a re-think on luxury destinations in Cabo,” says Michael Radovan, managing director of Four Seasons Resort and Residences Los Cabos at Costa Palmas. The 145-key, low-density community was designed by Guerin Glass Architects with interiors by luxury hospitality and estate designer Todd-Avery Lenahan, owner/founder of TAL Studio, who says the resort’s aesthetic “will resonate with the Hollywood set for its distinct vision and outstanding execution.”

Considerably more contemporary than most Baja resorts, the airy, minimalist design is meant to complement, not compete with, dramatic, verdant surroundings Lenahan describes as “pristine agrarian landscape and expansive white sand beaches.” The striking indoor-outdoor style is, he says, a “cinematic revealing of masterfully framed scene after masterfully framed scene.” 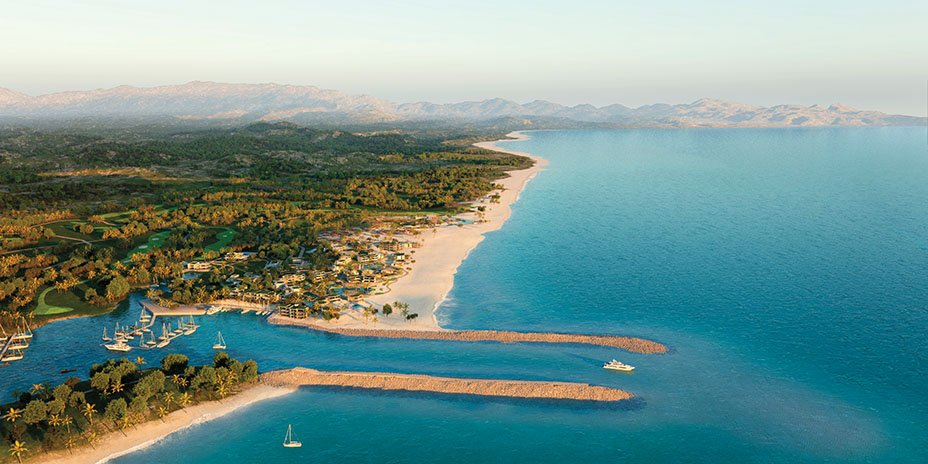 Guests arrive in an open-air lobby overlooking the ocean and can access multiple pools, five restaurants, progressive fitness facilities and an opulent spa. The rooms and suites — in sandy palettes — have an emphasis on dressing areas and vanities, with complete separation of dual wardrobes and water closets. “It’s a lavish allocation of space for a luxury hotel,” says Lenahan, who also is available to design interiors hand in hand with residence buyers to create bespoke homes: Think 20,000-square-foot villas on the sand. Though the resort won’t debut until 2018, Gwyneth Paltrow and producer boyfriend Brad Falchuk, Busy Philipps and husband Mark Silverstein, Colin Hanks, Danny McBride, Milla Jovovich, Michael Ovitz (via private jet, natch), producer Eric Tannenbaum and Roadside Attractions exec Dennis O’Connor all have traveled south for sneak peeks and stays in beachside cabanas. “I have dreams of being able to go back,” says O’Connor. Philipps also is a convert. “I had friends who were interested in buying one of the houses, so they gave us a presentation,” she says. “Are you kidding? It’s going to be beautiful. The beach is gorgeous, it’s amazing.” 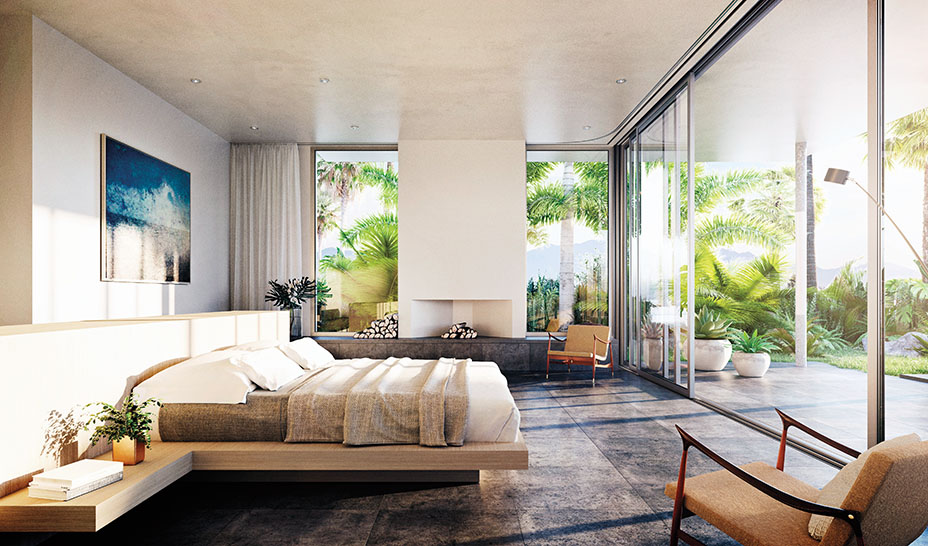