In Los Angeles, foodie culture usually swims upstream from real estate, so when chef Travis Lett decided earlier this year to sell his stake in Venice restaurants Gjelina, Gjusta and MTN to pursue a project in West Adams, it felt like a page had turned in the city’s history. The 2008 opening of Gjelina helped reshape the beachside community, and Lett’s departure to reopen the Johnny’s Pastrami on West Adams Boulevard has warmed the hearts of locals while leaving Venetians feeling like yesterday’s news.

“We’re not going to be Abbot Kinney in a year or two — that’s going to take a while longer,” says Claire Lissone, founder of the Real Estate Collective, which focuses on West Adams, the 1.5-square-mile neighborhood in South L.A. that is home to charming Craftsman bungalows, Victorian mansions and Spanish revival homes. Lissone estimates that half her clients who are eyeing West Adams live in Venice Beach or Brooklyn. “A lot of people missed what ‘old’ Venice was really like, and that’s why they’re interested,” says Lissone.

When Lett’s new venture opens later this year, it will join an already robust scene for restaurants (see map) — none of which are currently accepting anything other than pickups or deliveries because of the coronavirus ban. The impending foodie destination will tie into a residential real estate market that has exploded over the past six years, in large part thanks to the opening of the Expo Line. The 15-mile light rail system runs between Downtown L.A. and Santa Monica and demarks the southern border of West Adams, making it easily accessible to residents. The Expo has spurred interest from young homeowners who are priced out of the Westside and eager to ditch their cars, as well as from some of the city’s biggest developers who are looking to capitalize on Mayor Eric Garcetti’s push for transit-oriented development. According to data from MLS, the median home price in the area is $770,000, a 10 percent increase from the same period last year.

The entertainment industry has a foothold in the area. The studio Broadcast West has been operating there for 10 years, and NBA All Star turned producer Baron Davis recently opened an office. Reality producer Vincent Rutherford and his wife, writer Kristen Rutherford, live there, as does actor DaJuan Johnson (Bosch, Narcos). Brokers say they have seen a surge in interest from production companies that are curious if it’s the right fit.

One of L.A.’s oldest neighborhoods, West Adams is bordered by Crenshaw, Pico, La Cienega and Jefferson boulevards. During the 1940s, a section known as Sugar Hill became home to affluent black Angelenos, including Gone With the Wind actress Hattie McDaniel. In recent decades, West Adams has been a satellite neighborhood of USC. Much of the architecture is protected by several historic districts that have helped make it a popular filming destination. Case in point is the Victorian-style Auguste Marquis Residence, which was the funeral home in HBO’s Six Feet Under. 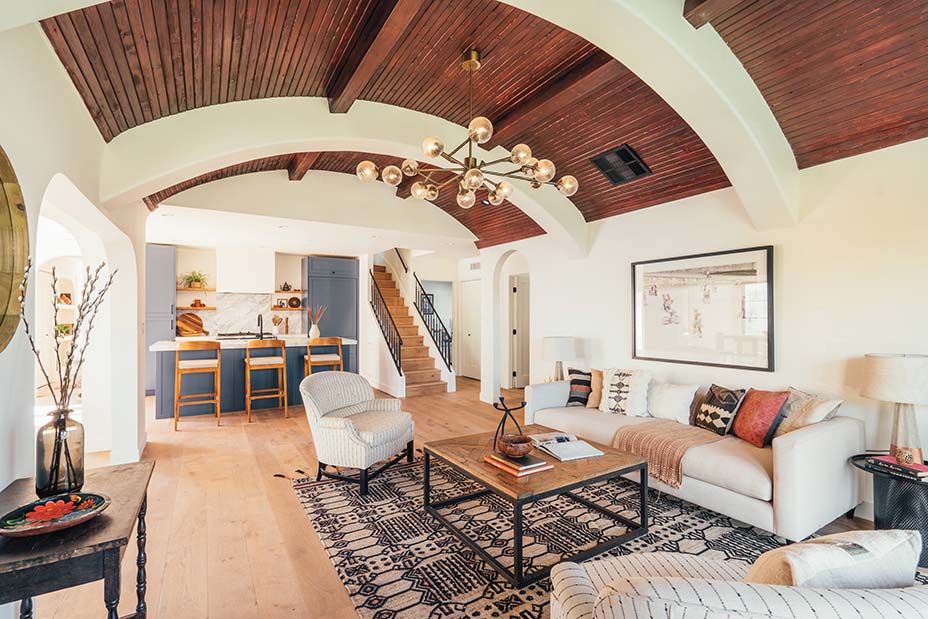 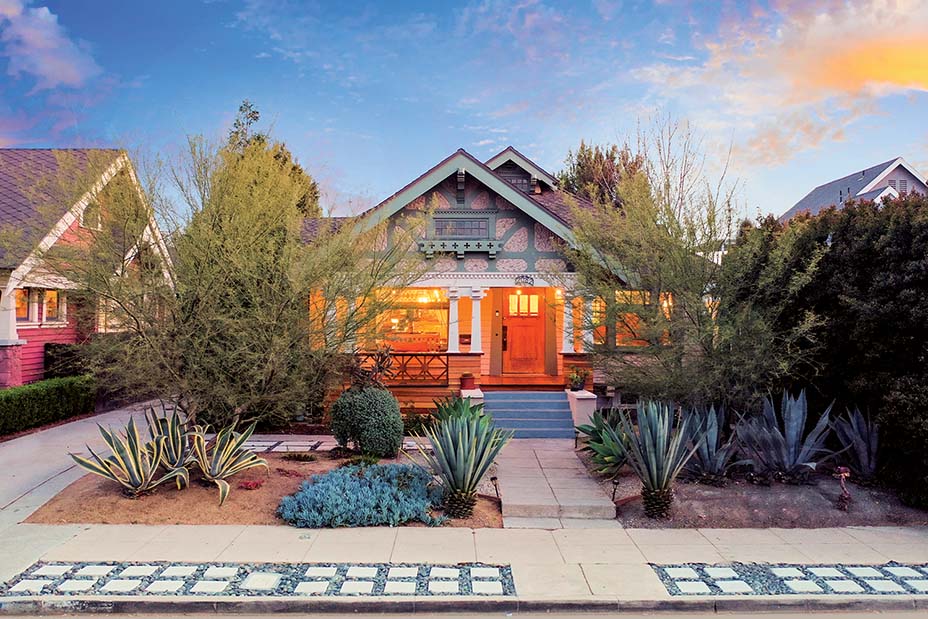 CAA agent Jim Nice recalls driving by the Six Feet Under house on his way to look at a Craftsman bungalow 15 years ago — a home he ultimately bought. “For me, it was a selling point because we loved that show,” he says. Nice says the transformation of the neighborhood has been profound — much, but not all, of it positive. He enjoys the new restaurants and the neighborly pride people take in keeping their homes and lawns pristine. But he’s seen more developers come in to flip homes and show less interest in maintaining the rich history. “As a homeowner, you’re always happy that values are going up, but some of the displacement that is happening is disappointing,” he says. “We’re here because we like the neighborhood, and we’re not trying to change it in any way.”

Today, there are dozens of new building projects in various stages of development, sandwiched in by upholstery shops, auto repair shops and a couple of old-school vinyl record stores. “It’s actually getting really hard to keep track,” says Letty Vermeulen, owner of brokerage firm Aspire Los Angeles and an 11-year resident of the area. CIM Group, which has been credited with helping transform Hollywood, currently has four projects in West Adams, including a 29,000-square-foot, three-story, mixed-use development at 5600 West Adams Blvd., plus a 43-room hotel down the street. But the largest project is Cumulus, which will boast a 50,000-square-foot Whole Foods as its anchor tenant. Located at the corner of La Cienega and Jefferson boulevards and developed by Carmel Partners, Cumulus is being constructed on an 11-acre site and includes a 31-story high-rise with 1,200 apartments, 100,000 square feet of retail space and a 1-acre park. 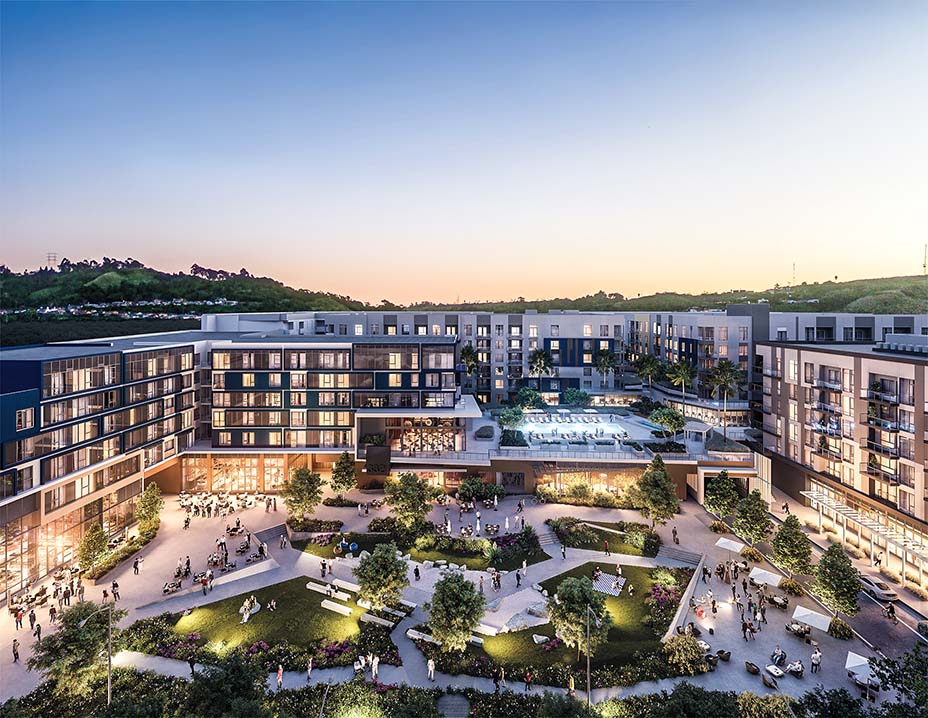 Compared to the market six years ago, Vermeulen sees a dramatic change in the psychology of potential buyers who are considering a move to West Adams. “The proof of concept is here. We no longer have to just sell the prospect of this place.” 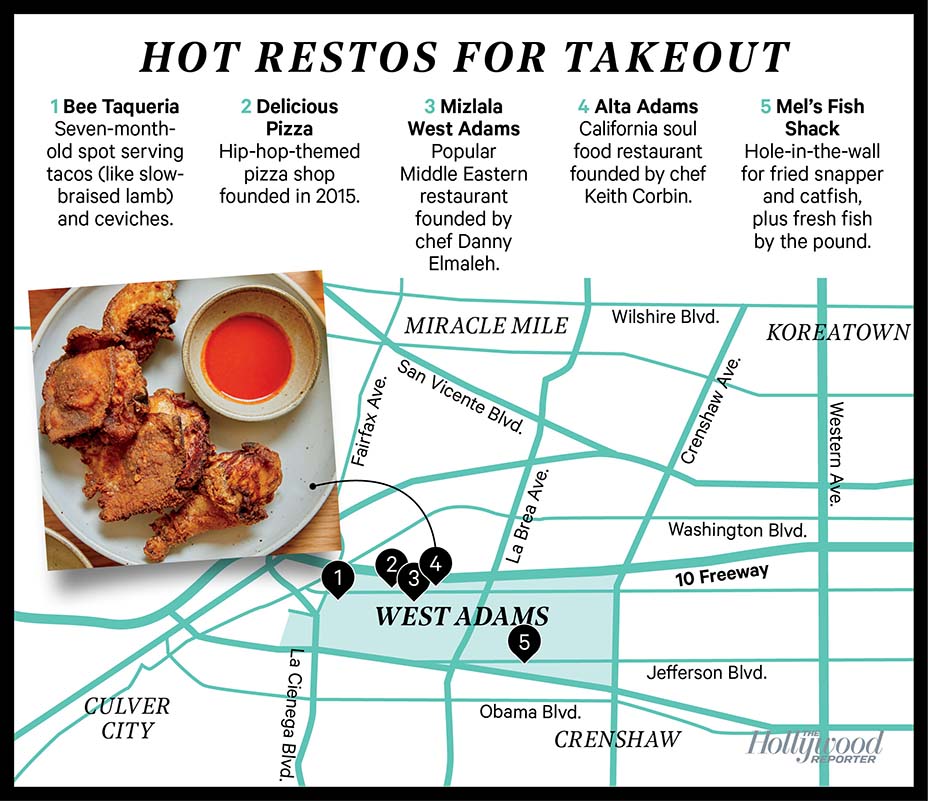