Los Angeles-based interior designer Jake Arnold recalls the first time he saw the 13,558-square-foot house, which was built as a spec. “Everything felt very cold,” says Arnold, who is known for his signature style featuring rich, resonant hues and custom furniture designs.

His clients — Mike Mahan, vice chairman of MRC Live & Alternative, and wife Brooke, a co-founder of the YouTube channel WhatsUpMoms and creator of the card game Do You Know Me? — agreed.

“We gave the team a tall order — to ‘take the spec out of it,'” says Brooke Mahan. “The house was so new and stark, and we wanted to give it character and warmth.” (MRC is a co-owner of THR through a joint venture with Penske Media titled PMRC.)

Adds Mike Mahan, “We were introduced to Jake through a friend and were immediately drawn to his style. We knew he would create something cool and unique, but also warm and livable.”

The couple purchased the home, located in Los Angeles’ Brentwood Park, in 2018. But bringing on Arnold and his interior design firm amid the pandemic in 2020 affected the scope of the redesign.

Arnold notes that typically on his projects, “We would have done everything.” But instead of gutting the interiors, he worked within the home’s existing framework and focused on updating select details, including the fireplaces and the kitchen’s countertops and hardware.

“It’s very rare that I would keep a kitchen,” says Arnold, who applied Farrow & Ball’s London Stone to the cabinetry to soften the bright white space. “But there was so much cabinetry in this house that I had to. It’s almost like a domino effect; if you change out the cabinets and the flooring in one room, it all has to come out.” Arnold, whose celebrity clients include John Legend and Chrissy Teigen, Aaron Paul, Whitney Cummings, Dan Levy and Rashida Jones, is also the co-founder of online design consultation platform The Expert.

Throughout the house, highly pigmented paints wash intimacy over the generous rooms. “The light in the house is good, plus they’d seen so many of my dark rooms, they felt confident going dark,” says Arnold. Vintage pieces — including light fixtures from Charlotte Perriand, chairs by Milo Baughman, lights by Ralph Pucci and Allied Maker — and bold artwork partner with Arnold’s custom fabricated designs, from the dining room chairs to a voluptuous tufted bed in the primary bedroom. “I love that the house is so beautiful yet not precious,” says Brooke Mahan. “We use every single room.” 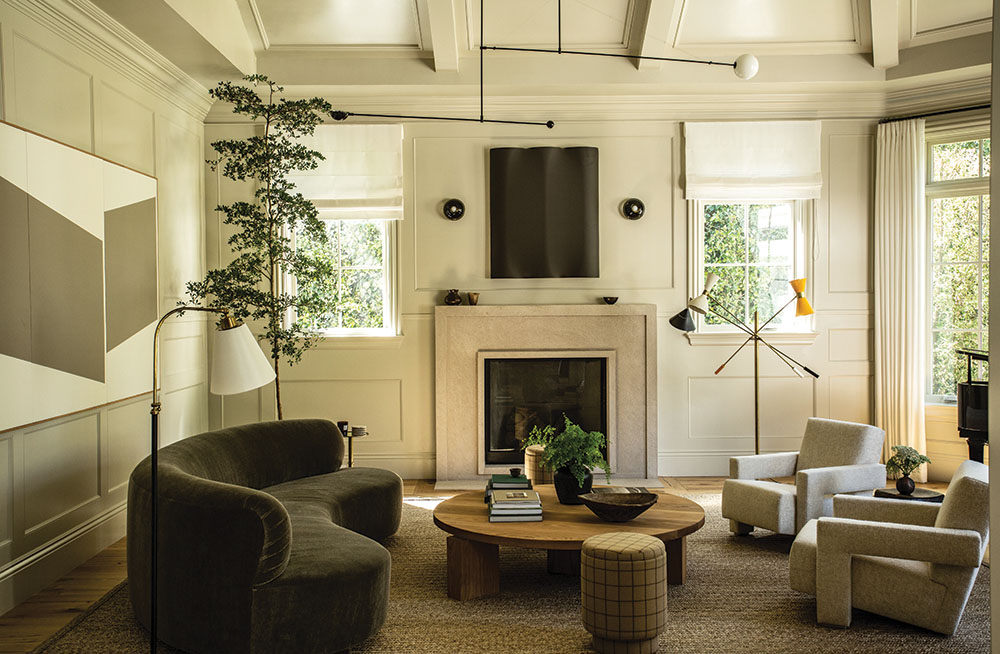 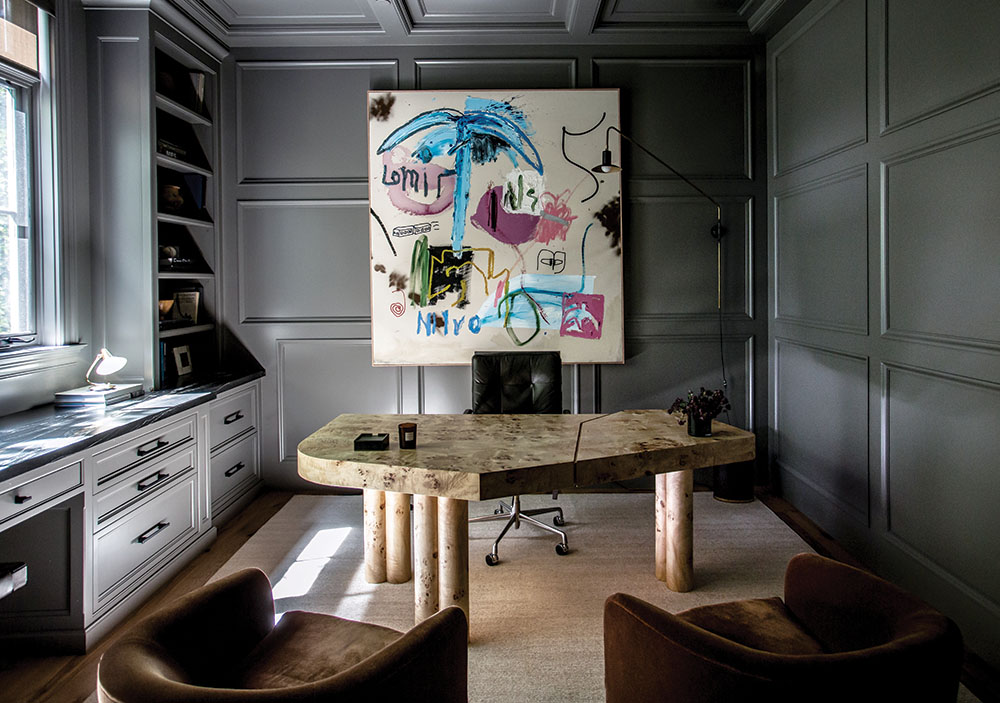 Jim Thompson’s “Jim’s Dream” wall covering  in charcoal is paired with Portola’s Fade to Black paint on the room’s walls, which are punctuated by Gallery L7’s Shell Brass Wall Lights ($750 each). A  Stilnovo “Pita” chandelier, found at Galerie Half, dangles above a dark dining table and custom chairs. Rug from Lawrence of La  Brea; 1940s French Modernist credenza from Obsolete. 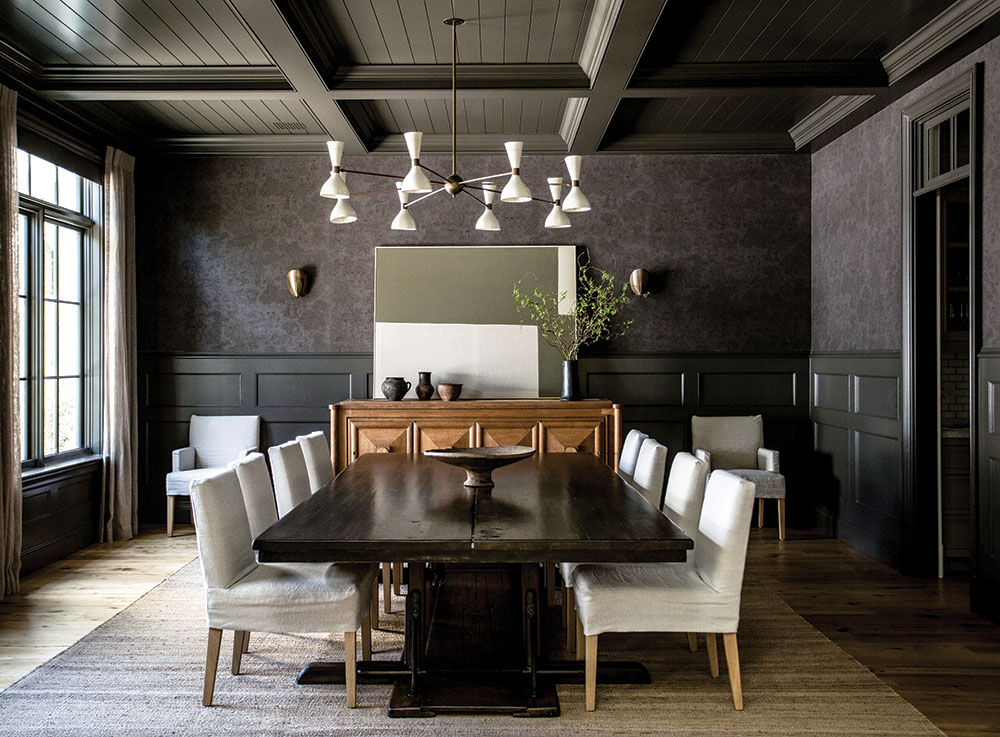 “They really wanted it to be comfortable and cozy, but at the same time they wanted to be able to use the spaces and really keep it feeling a little more modern and pared back,” says Arnold of the overall  aesthetic. Bedroom details include Farrow & Ball’s Down Pipe paint, custom bed and nightstands, rug from Woven, vintage chairs from Orange and vintage ceiling fixture from 1st Dibs. 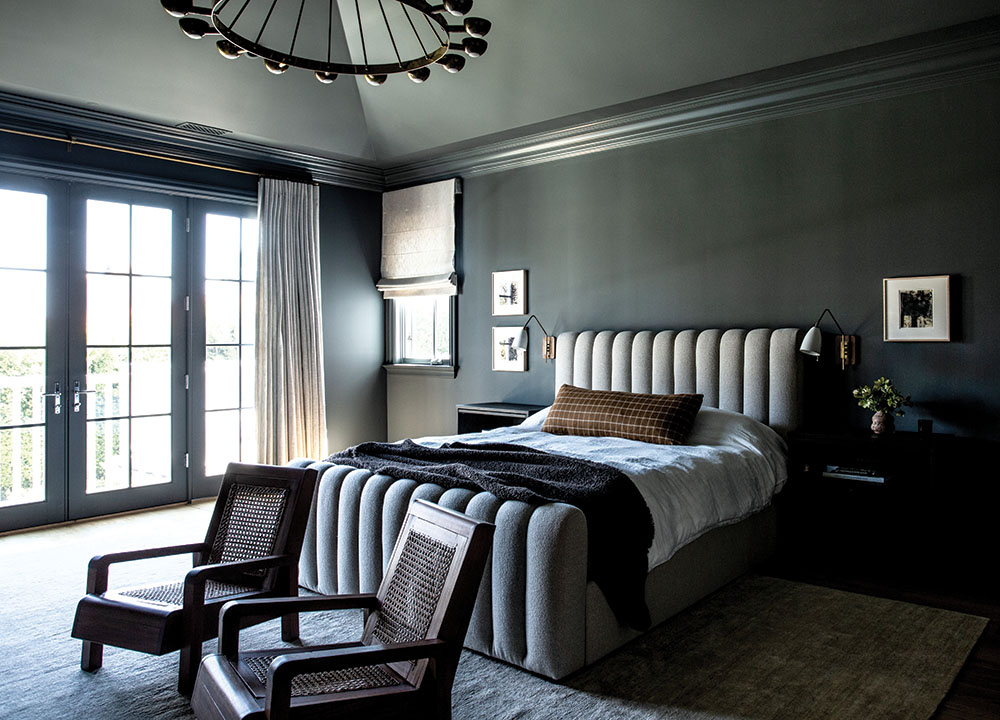 A version of this story first appeared in the Oct. 6 issue of The Hollywood Reporter magazine. Click here to subscribe.