For more than 100 years, South Los Angeles has been home to a largely Black and brown population, rooted in a history of redlining and segregation that kept nonwhite residents below Washington Boulevard. Los Angeles is “terribly bifurcated by race,” says entrepreneur Prophet Walker, a native of South L.A. “And that’s all a remnant of redlining.”

With a 2017 city report finding a 25.4 percent white population, compared to 27.9 percent Black (in stark contrast to the 80 percent Black population of the 1970s, which has also been affected by a large Latino influx, accounting for 61 percent of South L.A.’s 2017 population), she’s right. The area is also changing in other, complicated ways. While housing sales and development boom, led by the construction of SoFi Stadium in nearby Inglewood, a number of grocery stores have closed during the pandemic, creating food deserts for the growing population. A $2.14 billion Metro line, running from Crenshaw to LAX, is expected to open in 2022, which will make the area accessible to a whole new group of commuters; already more than 16 housing and retail projects are planned along its route. And a longtime battle over the Crenshaw Mall has seemingly just come to an end, with South L.A. community group Downtown Crenshaw Rising’s bid to buy the mall and redevelop it (incorporating housing, office space and retail designed to cater to the area’s Black residents) rejected by the seller, who has ties to Donald Trump. It was instead sold to David Schwartzman’s Harridge Development Group — whose financial partner Leonard Blavatnik owns Warner Music Group — with plans for a modern billion-dollar complex.

“South L.A. is in development,” says Corey Matthews, COO of local activist group Community Coalition, adding, “We’re not going to really see the fruits of all of these investments until probably a few years from today.”

Some decry gentrification; others celebrate investment and progress; and still others, like Haddish, are torn by the wins and losses.

The comedian — who still lives in South L.A. and also owns several properties there (including ones she rents out for film shoots) — says that after seeing three grocery stores close in her area in the past six months, she has plans to open up her own market in the neighborhood. And while on one hand, she’s heard rumors of a five-star hotel coming soon and seen her property values skyrocket, “It’s a tricky thing,” Haddish says. “I hate that I see all these businesses closing. I don’t know what’s going to happen.”

Inglewood native Issa Rae also regards the rapidly changing landscape as “a blessing and a curse,” especially as many in the area point to South L.A.-set Insecure and her personally for changing the public perception of the community — something she admits to feeling “extreme guilt” about, “because I’m also seeing gentrification as a result of it.

“I’m like, ‘Oh, what have I done!'” says Rae, who adds, “but I also feel proud of the Black businesses that we’ve heralded and the areas that we’ve championed.”

Amid all of the change, one thing is clear. South L.A. ­— known as South Central until 2003, when the L.A. City Council voted to formally replace the name to help erase a crime-ridden stigma — and its neighborhoods, including Leimert Park, Baldwin Hills, View Park, West Adams and Watts, are hot real estate.

Redfin reports that in July 2021, West Adams home prices were up 30.3 percent compared to last year, selling for a median price of $968,000, while Baldwin Hills Estates and View Park prices were up 57.4 percent and 76.7 percent, respectively.

“It’s no secret that South L.A. has been historically undervalued and because of that, there’s a higher return on investment. And it hasn’t been unnoticed by a lot of speculative realtors who are flipping houses, along with people that have been priced out of the Westside,” says Stacy Lewis of the Leimert Park Neighborhood Association. “People are saying, ‘Oh, Eureka!’ Ten miles from the beach, central location, large homes. There’s prime property.”

Of course, rising real estate prices are now putting at risk the ability of those from South L.A. to remain there. Walker cites the example of a house in Leimert Park that sold for $400,000 in 2012 and is listed for $1.8 million today. Stratospheric jumps in housing prices such as this influenced his creation of Treehouse, a co-living space in Hollywood (with another coming soon to Leimert Park) that he started after realizing most 20-somethings can’t afford to live in L.A. without parental help, rent-controlled apartments or roommates. Developing co-living housing, says Walker, is “an alternative way to rent at a cheaper rate, and not push people out of their neighborhood.”

Walker is quick to note there’s a difference between gentrification and evolution. He echoes concerns about the former, noting some newcomers have “a complete disregard for the existing culture that has been there, that has sustained life” in the area, with its rich history as the center of Black art, music and entertainment.

He hopes that the current flurry of investment “is done with care to maintain as much of the existing community that’s there as well as the cultural fabric that allowed South L.A. to go through the history that it has.”

All of this investment comes at a time when the pandemic has been particularly hard on Black-owned businesses; GoFundMes have been needed to bring staples like The Serving Spoon back from the brink. The impending reopening of Leimert Park’s Vision Theater, which has been renovated into an 800-seat state-of-the-art venue, is a cultural bright spot.

Matthews’ Community Coalition is one group making sure investment is done the right way, lobbying to have community members collaborate with developers to promote local hires and involve Black- and brown-owned businesses.

“Changes in communities happen; we’re not oblivious to that reality, but the fact that only certain communities seem to be able to weather it better than others, I think that’s the real heart of the question,” Matthews says of the group’s desire to make sure POC residents are not harmed in the process. “Why does it seem to only happen to certain kinds of groups over and over again? You have to think about the broader system.”

He adds, “People want the amenities; they just don’t want all the fallout that comes when the new things come in and nobody’s had any say-so.”

Another recent change to South L.A. has been Hollywood’s commitment to it, both onscreen and off. In addition to highlighting the area on Insecure for five seasons, Rae is now exec producing the new HBO Max reality show Sweet Life: Los Angeles, which follows a group of Black 20-somethings from Ladera Heights, Inglewood and Watts.

“I was given a mandate that, ‘When you’re done, I want people from Lithuania to be at [local eatery] Dulan’s and I can’t get a table because they have fallen in love with it,'” teases Sweet Life showrunner Leola Westbrook. “We’re going to see a situation where I’m like, ‘Why can’t I get a permit to shoot on such and such day?’ Well, because there’s four other projects shooting.” Haddish says she’s seen a big increase in the area’s film production as well; she’s also part of a new wave of Hollywood stars who stayed in South L.A. once they hit it big. “Just because I became successful doesn’t mean you run away to the affluent area where probably nobody wants you,” says Haddish. “I’d rather just stay where I come from, and just make that affluent.”

Rae and Insecure showrunner Prentice Penny have done the same, putting down roots in the area. Compass real estate agent Pam Lumpkin, who grew up in View Park, says her client list is packed with writers, producers and showrunners looking to move in. Last year, one of her listings, a midcentury ranch in Baldwin Hills, was bought by One Night in Miami writer Kemp Powers. He tells THR that he’s “a big booster” of the neighborhood. “Usually to replicate this, you’ve got to go to Laurel Canyon or someplace like that that’s a lot more expensive. It’s a lovely neighborhood full of lovely homes that have for a few generations now been largely owned by Black people.”  And with the Crenshaw Line set to link South L.A. to LAX next year, its appeal seems likely to continue to rise. “If we’re lucky,” says Walker, “we’ll see investment into this area from people who are thoughtful, who do not just see this area as a new frontier for capital markets, but a place where you can both make money and [keep] the fabric of the community together.” 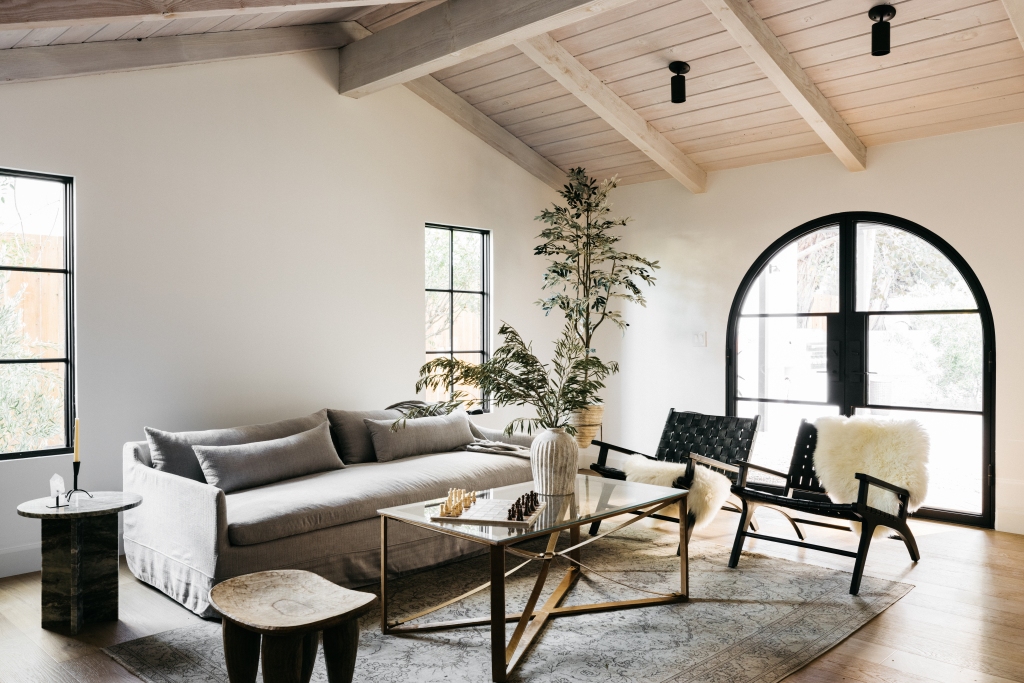 This story first appeared in the Aug. 25 issue of The Hollywood Reporter magazine. Click here to subscribe.