Continue to The Hollywood Reporter SKIP AD
You will be redirected back to your article in seconds
Skip to main content
July 26, 2021 12:30pm

Gaming on the go is a different experience. Instead of crazy headsets and lightning-fast mouse clicks, it’s often a simpler process — not a completely immersive game experience. Still, that doesn’t mean that gaming on a tablet has to be a bad experience. Many popular franchises such as Minecraft, Fortnite and Call of Duty have made successful switches to the touchscreen, and there are countless more gaming options on the App Store and Google Play.

But picking the right gaming tablet isn’t easy. With so many Android and Apple devices out there, it’s difficult to distinguish which screen is best for you, as you’ll want to consider factors such as screen size, operating speed, availability of a keyboard and headphone connectivity, among others.

So, with all of those considered, here are the best seven gaming tablets out there. If you’re looking for school-friendly tablets for note-taking, we’ve got a roundup for that here.

Sometimes the best answer is the one you might expect. iOS has long been the smoothest operating system — a few weird glitches notwithstanding. And it’s on that strength alone that Apple’s 2021 iPad Pro is the ideal system to play games on. This particular model offers more, and can function as a proper gaming system thanks to the incredibly speedy M1 chip.

The USB-C port lets you connect to an Xbox or Playstation controller, meaning you can enjoy games such as Call of Duty on the tablet’s high-quality retina display. A 13-inch screen is also plenty big enough for users to take in the action. It also runs Steam games very effectively when connected to a PC or Mac, widening your potential options. And, if you have an Apple TV, Airplaying is also an option, bringing Minecraft, Fortnite and other popular options to the big screen with ease and no lag. 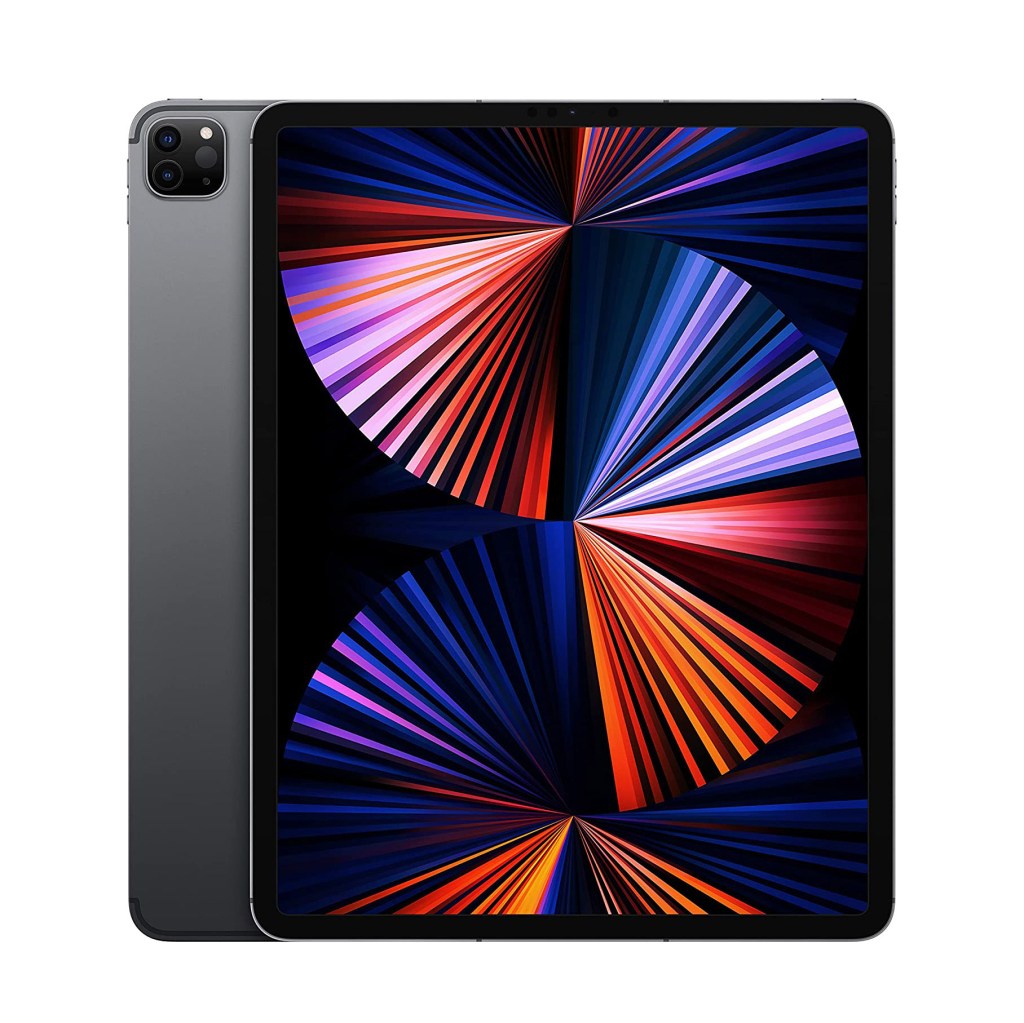 PC is widely regarded to be better than iOS in the gaming world. Traditionally, PCs have developed a wider selection of games, spanning several decades — all at a slightly more affordable cost than their Mac counterparts. And although Mac has made headway in recent years, especially for Steam games, hardcore gamers still see PC as the way to go. It is for that reason, then, that this 12.3-inch Surface Pro 7 with 8 GB memory and 256 GB storage is among the best options out there.

Like many Windows machines, its appeal is in its versatility. There’s no better option for reaching back into the archives, and playing an old Civilization or Fallout game. For those less-advanced, timeless classics, the Surface Pro excels. Further additions, such as the inclusion of a keyboard and a kickstand, give the Surface Pro a unique edge. 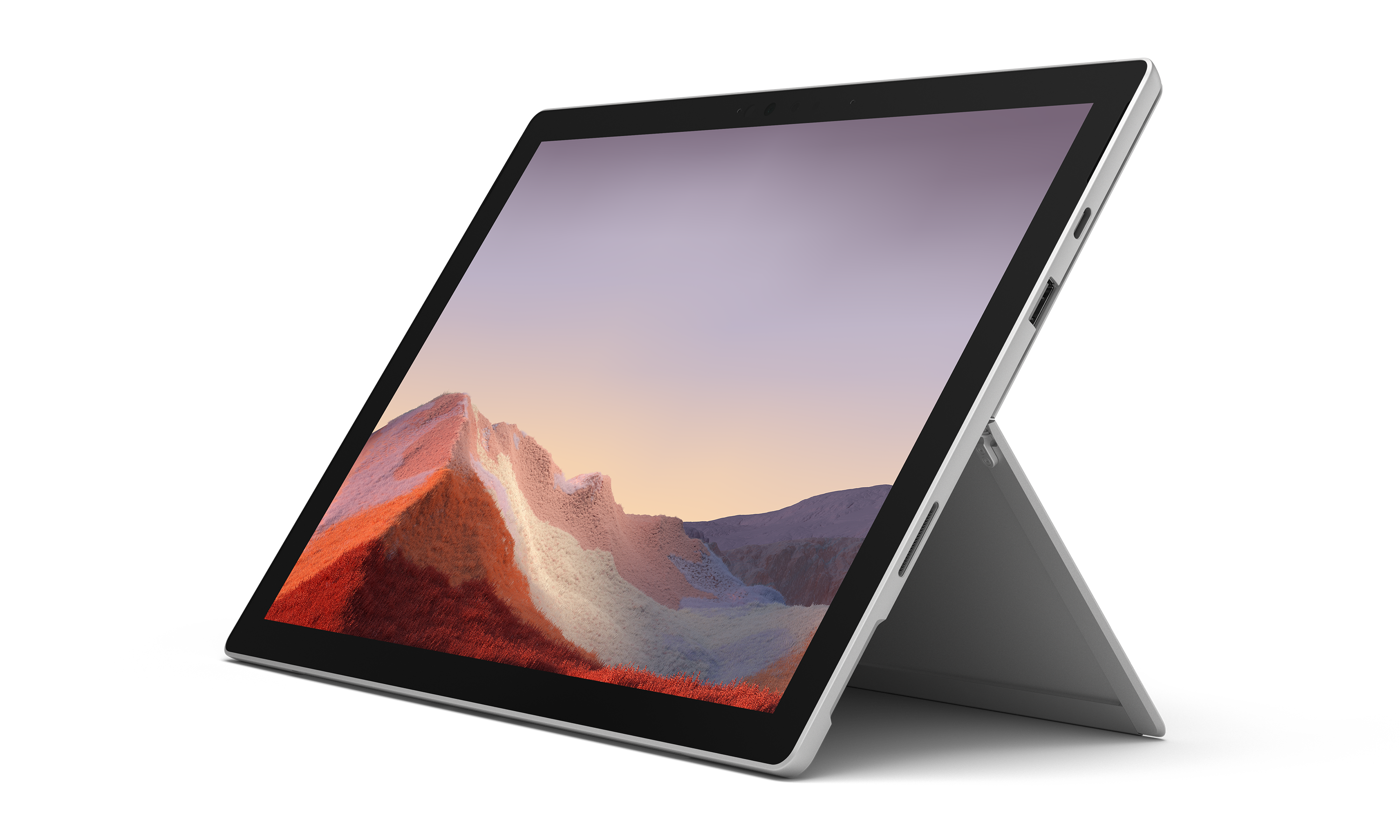 The advantage that the Samsung Galaxy Tab S7 Plus has over the rest of the gaming tablet market is a funny phrase you might have heard: Xbox Cloud Gaming. Launched in 2019, it was a way to take your Xbox on the go; all you needed was a controller and a subscription to Xbox Live premium, and you could plug in anytime. Well, it hasn’t always worked out that way, and there have been some hiccups, especially on Macs. Android claimed the rights to the Beta version — then dubbed xCloud — and has been the best way to take your Xbox on the go ever since.

The Galaxy Tab was early to the 5G game, offering wireless speeds quicker than some other options out there. It’s also lightweight and comfortable to carry. The only major drawback is that it doesn’t have an audio jack, so a nice pair of wireless headphones may well be necessary. 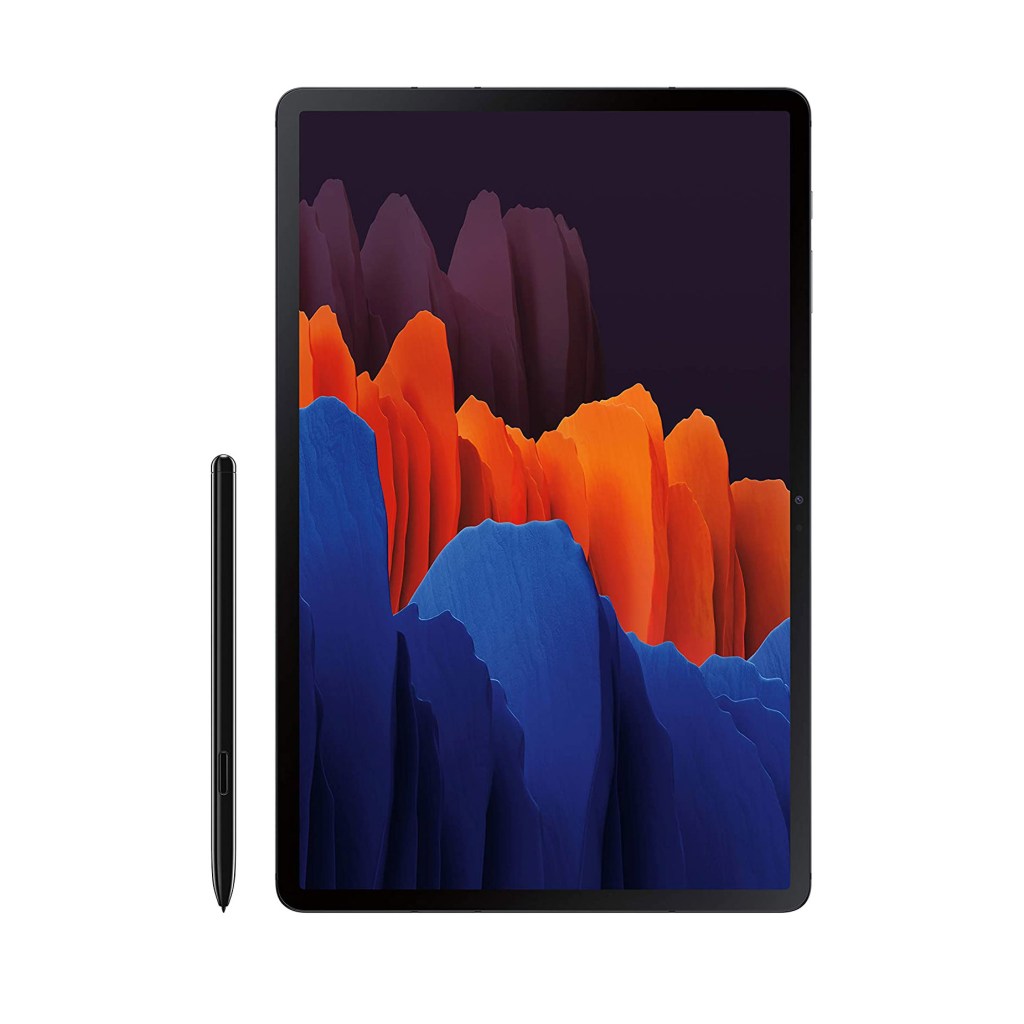 The Amazon Fire HD 10 is a different kind of tablet. Rather than being a high-powered processing machine set up for handheld versions of popular franchises, it’s a versatile device that offers fantastic value for casual gamers. But that doesn’t mean you’re limited to Candy Crush.

Games that require more running power (such as racing thriller Asphalt) can run smoothly on the Fire with little to no lag. And the other basics are there, too: a high-quality display, user-friendly interface and a USB-C port for added flexibility. Dual speakers and a headphone jack, as well as a good Bluetooth setup, mean you sacrifice little in a gaming experience. And for such a cheaper price, it’s an enticing option. 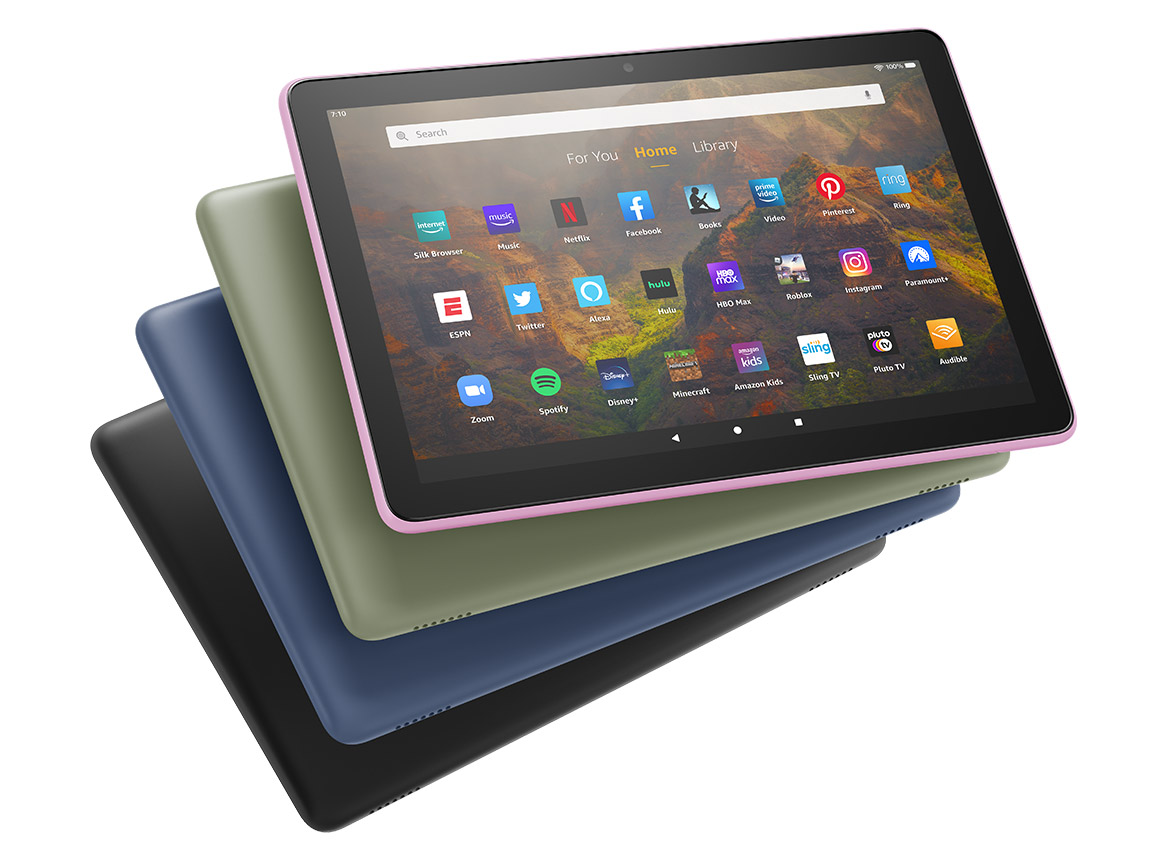 There is a happy medium to be found between the inexpensive Fire and more recent releases such as the Apple iPad Pro or Samsung Galaxy Plus. If you want a portable device that comes with the standard slew of other perks — music, streaming, email and news — as well as some kind of gaming capability, the 2020 iPad Air hits the mark, thanks to its super-speedy A14 processor that allows it to do everything from editing 4K video to drawing with no lag.

It’s great for playing Steam games that aren’t as graphics-intensive, and you can plug in your Xbox or Playstation controller while enjoying excellent screen quality wherever you are. 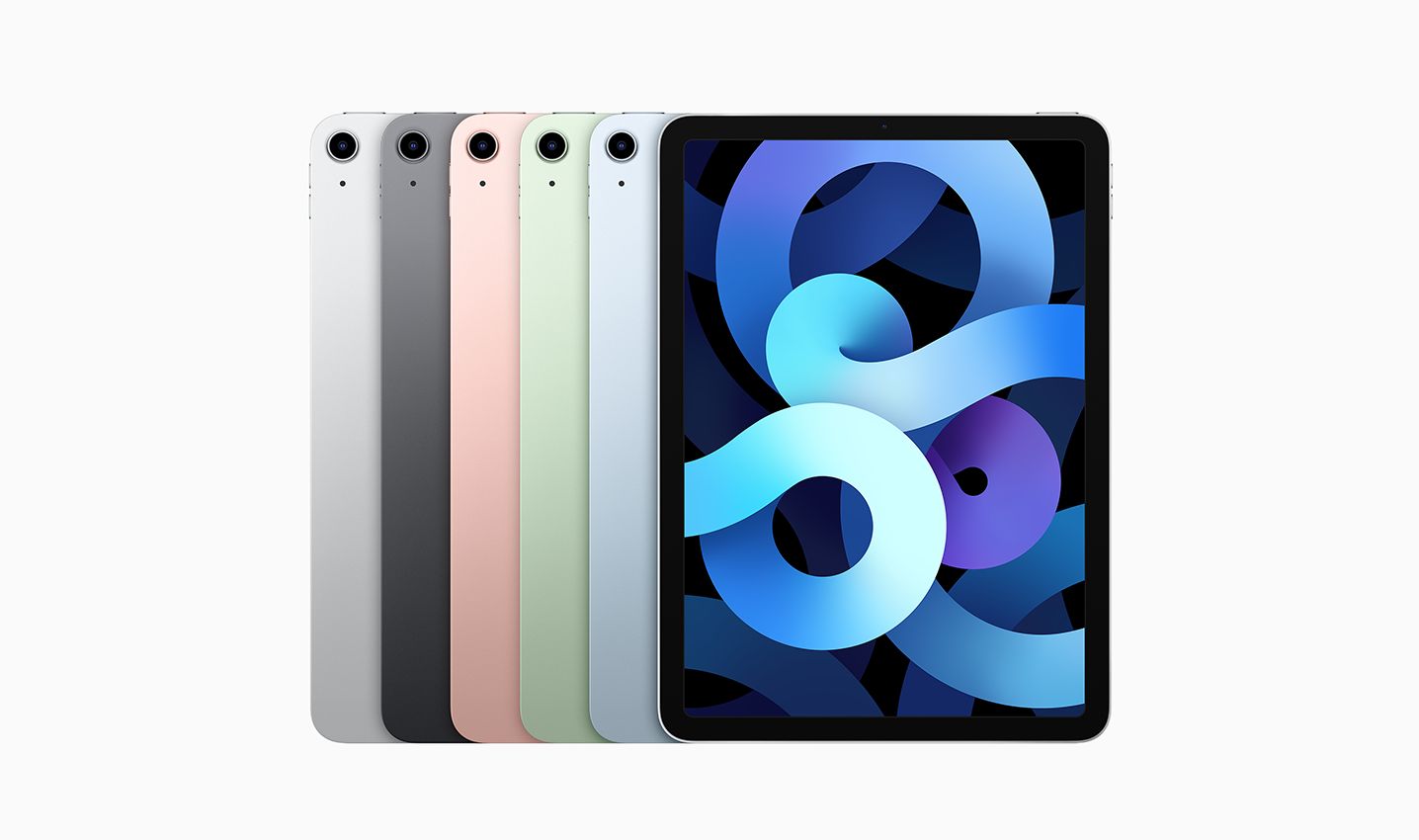 Shopping for pint-sized gamers? With its parental controls and durable case, the Amazon Fire HD 8 Kids Tablet is one of the best gaming tablets for kids right now. This eight-inch touchscreen with a built-in stand is equipped with 32GB storage that can be expanded with a micro SD card, Bluetooth, a headphone jack and one year of Amazon Kids+ (which gives access to over 20,000 educational content, games, books, audio books and apps from Disney, Nick Jr., PBS Kids and more). It’s perfect for playing Minecraft and other games that don’t require an intense processor (this particular unit is 30 percent faster than previous models). 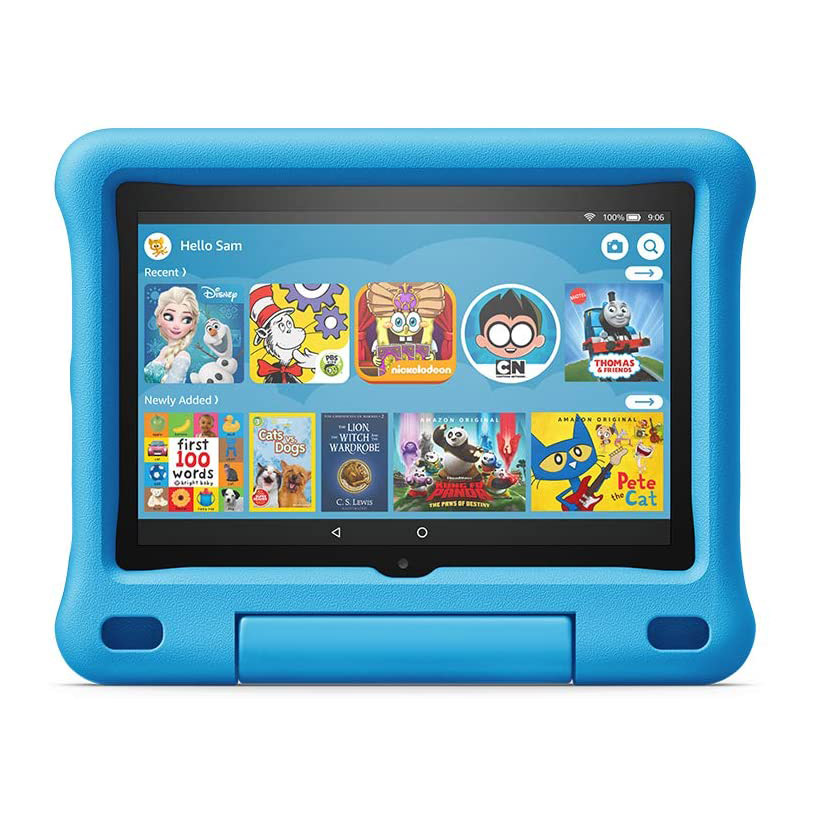 If you’re looking to keep things light in terms of gaming and weight, then the Microsoft Surface Go 2 is worth considering. The latest 10.5-inch model with 8 GB RAM and 128 GB has enough speed and storage for mobile games, and can handle reading the news, watching movies, emailing, shopping, video conferencing and creating documents. The battery will last you about 10 hours, and it weighs just over one pound, making it a portable and versatile option. 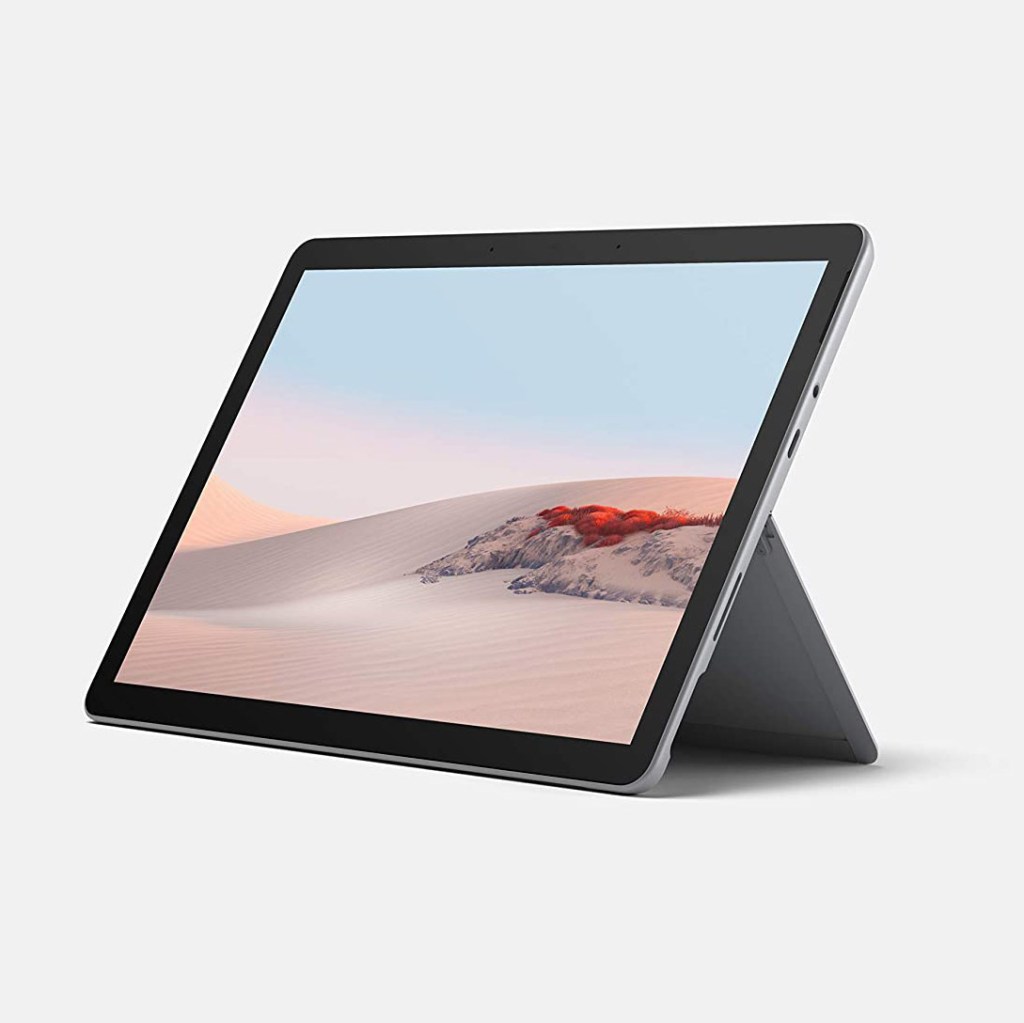