There are so many devices nowadays. Chances are you’ve got at least four connected to your big TV screen. You might have your Apple TV, cable, a remote for your soundbar, as well as the master remote for the TV itself. And the inevitability of one of your remotes slipping down the side of the couch. In short, it’s complicated — almost too complicated.

That’s where universal remotes come in. The devices consolidate all of your individual flickers into one — meaning you don’t have to cycle between multiple remotes every time you sit down. And then there are the extra perks that come with them: Most of the options on our list come with Bluetooth and Wi-Fi, and also have applications that sync automatically to Spotify, Apple TV, Roku or Amazon — among others.

Ranging from budget to fancy, here are four of the best universal remotes to shop online.

The SofaBaton U1 universal remote functions as one of the most bare bones entrants in the category. Paired with a user-friendly app, the U1 can connect with hundreds of thousands of devices, in a constantly updating database to make sure it’s up to speed with the latest technology. The helpful scrolling mechanism on the remote is an intriguing alternative to the touch screen, and allows the user to cycle between apps with ease. While it doesn’t cover other electronic devices like some of its more expensive counterparts, for ease of use and reliability, the SofaBaton is very hard to beat. 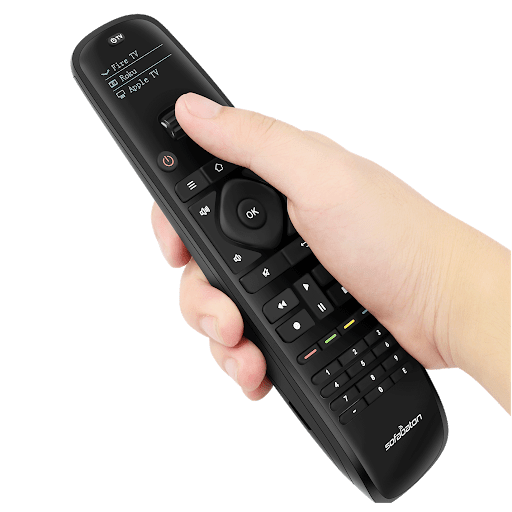 Logitech’s Harmony Elite universal remote control claims to “let peace reign supreme.” The most popular of the company’s numerous universal remotes is also among its most well-rounded. The Harmony connects with over 270,000 entertainment and smart home devices. It’s worth noting, though, that a number of Logitech devices work with all electronics in your home.

From turning off lights to closing your electric blinds, the Harmony can control everything to create a perfect movie-going experience. There’s also an unlimited number of devices that the remote can work with, meaning you can manipulate as many, or as few, electronics as you wish. To top everything off, it’s all voice activated, which is both very cool and very easy. 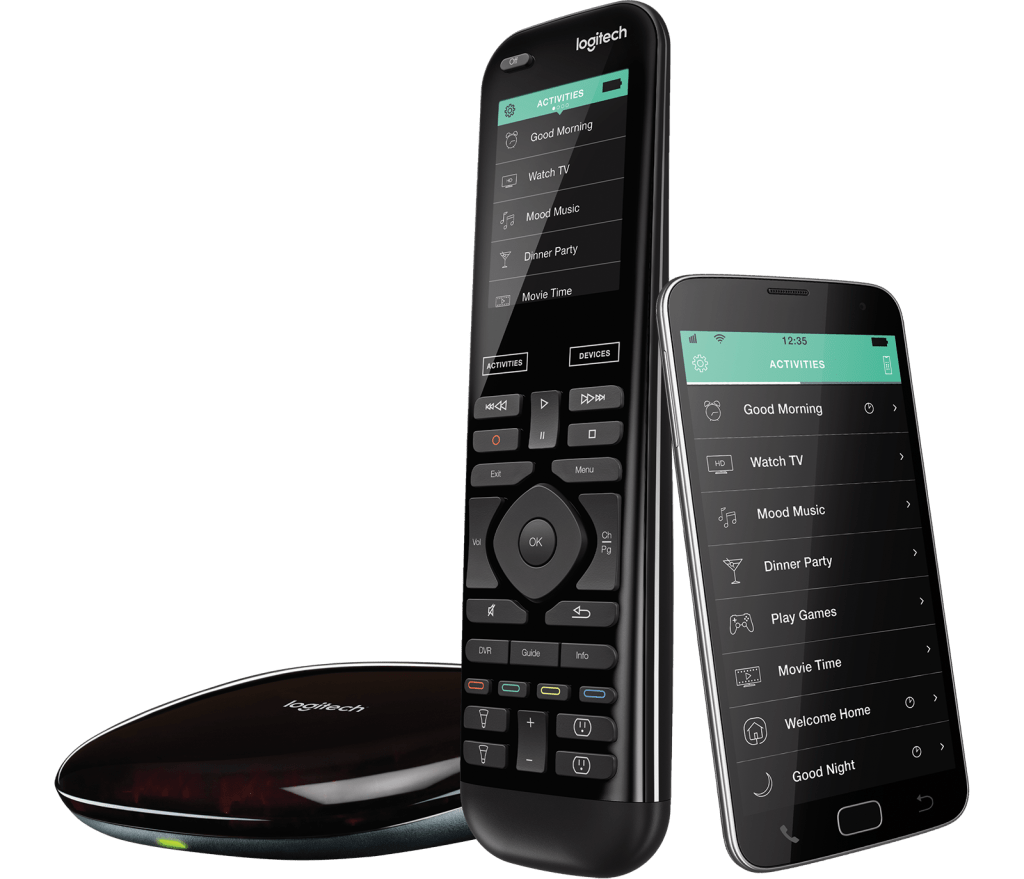 URC doesn’t look as futuristic or sleek as some others on this list, but its functionality can compete with most on the market. The URC MX-900 universal remote is simple, easy to use, and looks enough like a traditional remote to feel like an upgrade on your clutter of other random controllers lying around. The screen shows six devices at once, allowing users to cycle between inputs easily. It also functions with the standard slate of streaming services and other inputs. Another perk is that it connects with up to 48 devices at the same time, and doesn’t need an app to set up. 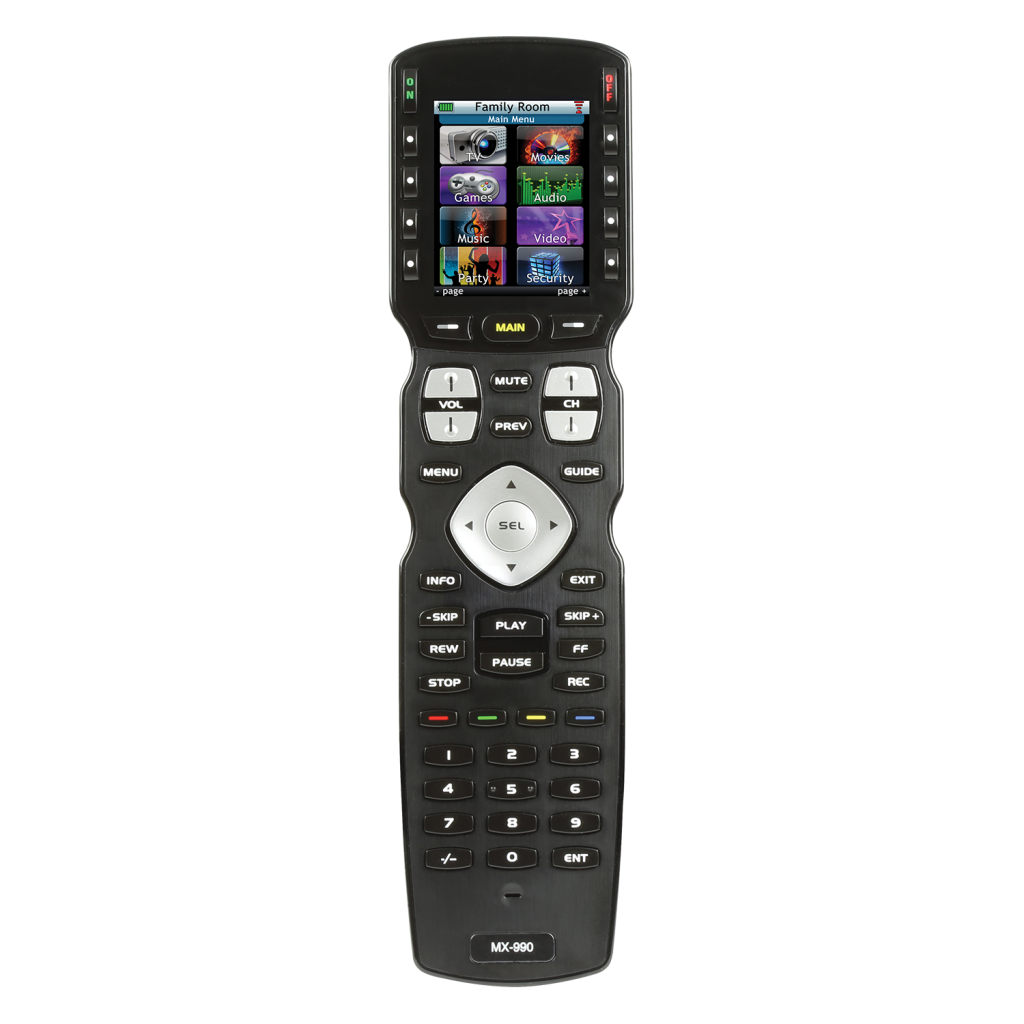 Rather than connecting with an app or Bluetooth, the Caavo Control Center is a physical machine where users plug in their devices. Though being a wired connection, it offers real advantages in interface and ease of use. The Caavo uses effective voice control to allow users to shift between applications with ease, as well as issue basic commands. While only being able to connect to four devices is something of a disadvantage, the Caavo is a solid and reliable option for a standard TV set-up that perhaps only has 4 or 5 machines. 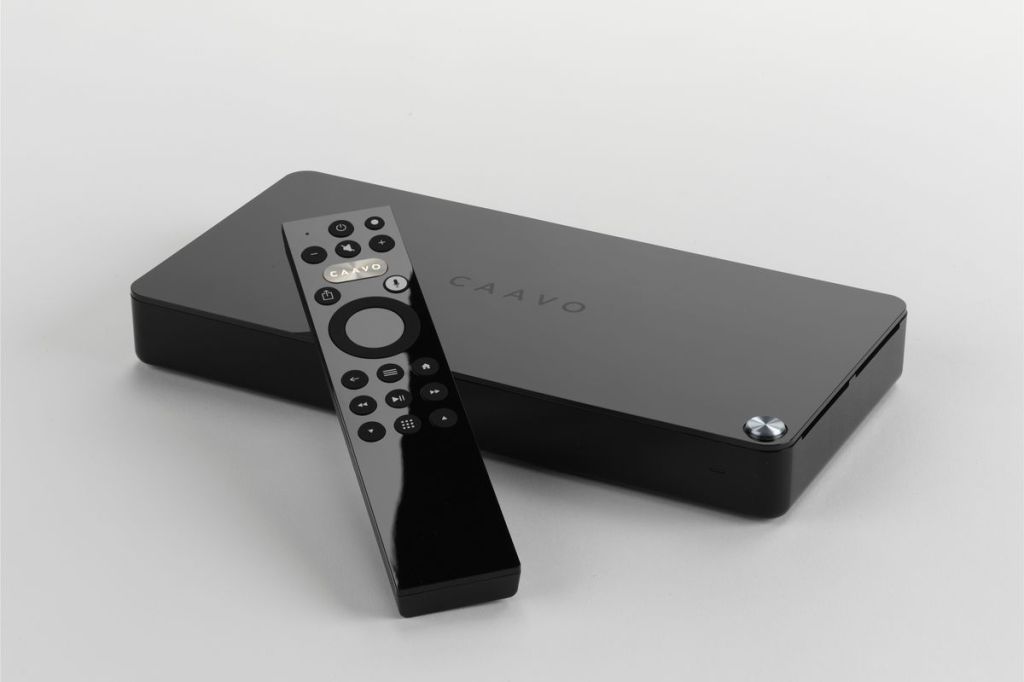