In 2019, the Weeknd officially announced a collaboration eSports company OverActiveMedia, joining its ownership board, and claiming that he was “looking forward to collaborating with OverActiveMedia in unique and innovative ways.”

His announcement was the latest in a slew of celebrity interest in the field of eSports. As gaming continues to move forward, so too does the technology involved. Well gone are the days when a normal keyboard and mouse would do. Now, to truly optimize the experience, a slew of gadgets are required.

Chief among them is a reliable, speedy gaming mouse. Finding the right one is difficult; it really depends on what you’re playing. For a first-person shooter, such as in Counterstrike or Overwatch, a more sensitive mouse might be necessary. For Minecraft or League of Legends, other specifications are important. Here are the five best wireless options.

Amidst a crowded field, Logitech’s gaming gear has consistently been among the best. And the G502 Lightspeed wireless mouse, though a step higher on the price ladder than some other Logitech pieces, delivers on the quality the brand name suggests. The G502 specializes in customization, allowing users to tweak almost every aspect of the mouse in order to tailor to their ideal gaming experience.

Removable weights inside the mouse allow for an ideal weight and balance. 11 customizable buttons on the side of the console can offer shortcuts to increase operating speed. The biggest advantage, though, is its excellent 25,000 dpi, making it one of the most responsive pieces of kit out there. Add that to 60 hours of battery life, and the Logitech seems to cover all the bases. 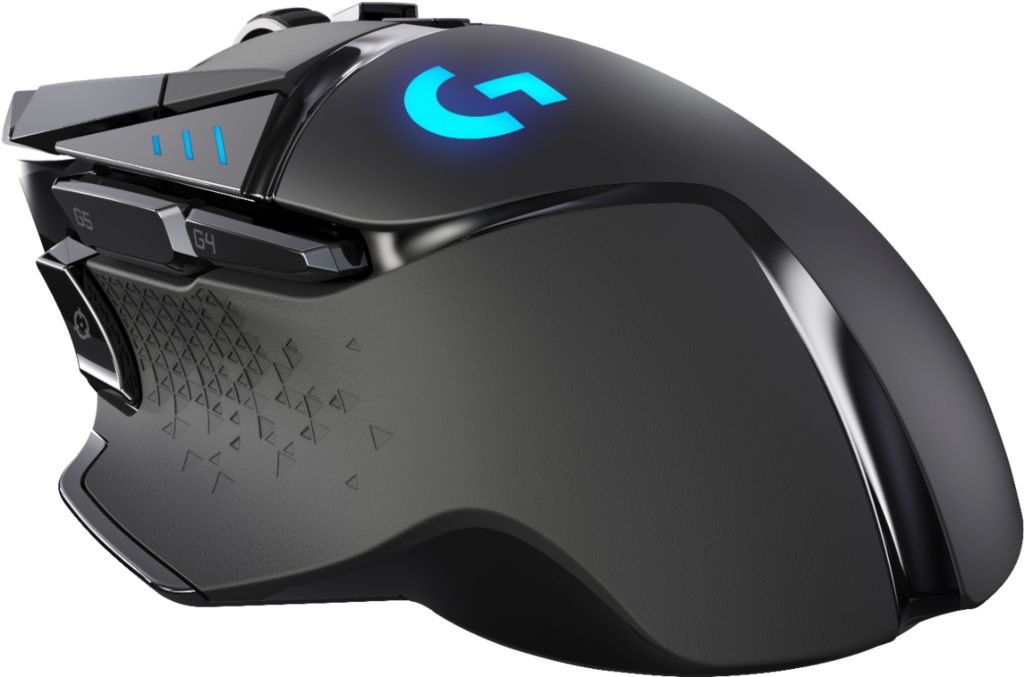 Like Logitech, Razer has long offered some of the best equipment out there. Its Viper Ultimate gaming mouse, the company’s top-of-the-range wireless option, offers a range of perks to establish it as among the best choices out there. Well built, and, unlike some others, built for both right-handed and left-handed people, this Razer mouse is a sturdy device, made for everyone from rookies to more invested gamers. The buttons are tucked into the side, and easily accessible despite the mouse’s compact size. RGB lighting illuminates the logo on the back. And the Viper’s ultimate performance stacks up well, too. Featuring 20,000 dpi, the mouse doesn’t seem as sensitive as others, but at only 74 grams (without cable), it feels responsive and easy to use. 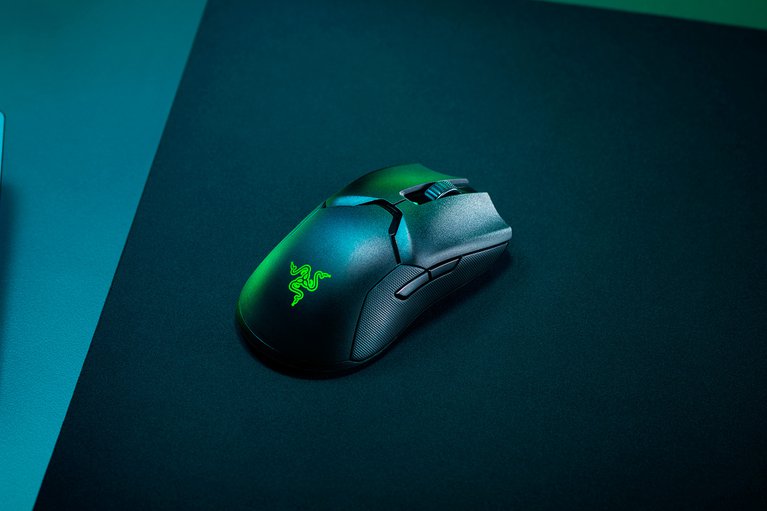 When making its Rog Chakram gaming mouse, Asus did something bold. Tucked into the side of the mouse, where one might normally find a number of buttons, it instead added a joystick — a signature feature, and a bold statement for a new type of gaming. And 360-degree rotation on a gaming mouse is an intriguing concept, one that adds a new dimension and functionality, especially in third-person games that usually require a controller. While it doesn’t serve as a direct replacement for a Playstation or Xbox controller, it’s certainly innovative, and may well give an advantage to gamers who miss that joystick feel but also want to play on their computer. Otherwise, the Rog is an excellent option, and features a nifty wireless charging pad. 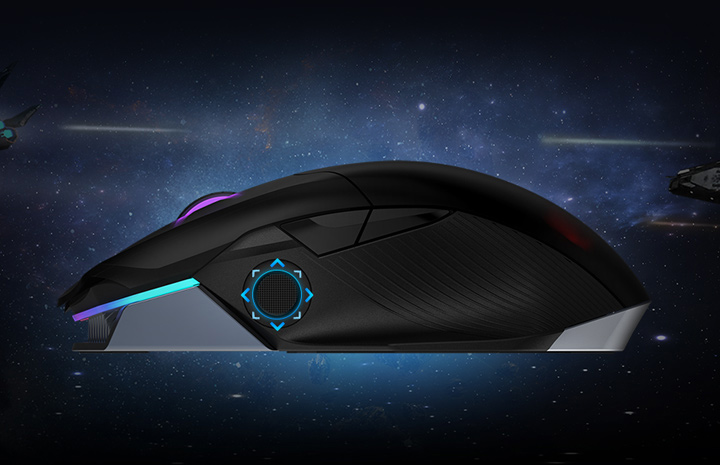 The wired version of SteelSeries’ Rival 3 mouse is already among the most efficient and well-rounded offerings out there, favored by users and critics alike. And this wireless edition continues most of those perks, minus the wire. Though small, the Rival 3 is comfortable and convenient, allowing for an easy grip for lefties and righties, as well as a different range of hand sizes. All six easily customizable buttons are accessible, and let users tweak cpi on the fly — a common perk among the best gaming mouse options on the market. Add that to what the company claims will be year-long battery life, and you have a budget option that does most of the things the pricier choices out there do. 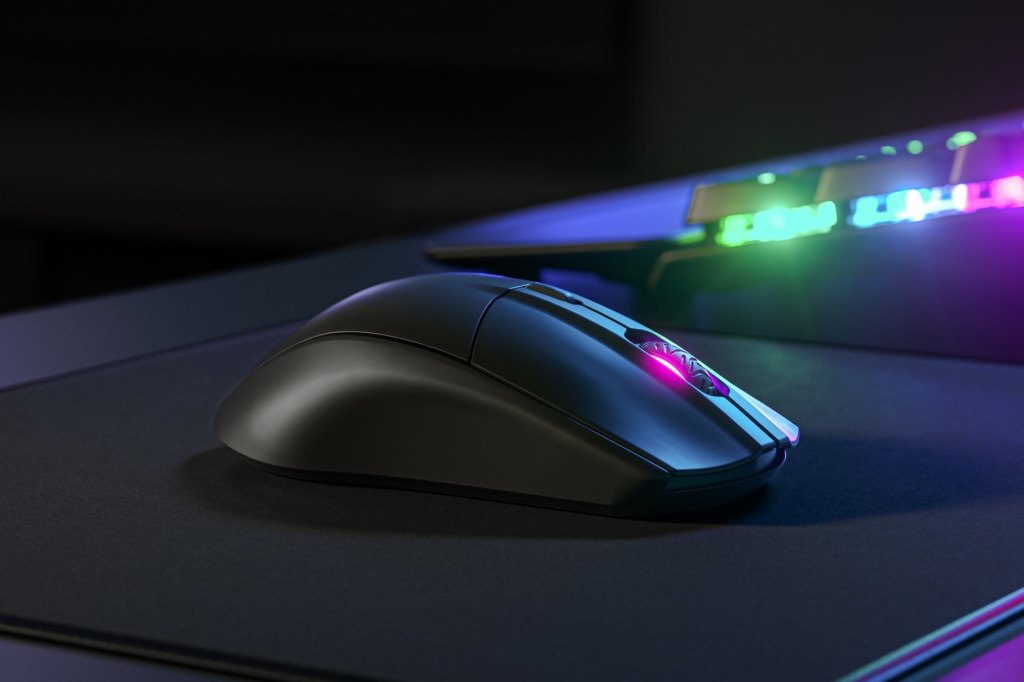 Roccat, an arm of popular gaming headset company Turtle Beach, started its foray into wireless mice this year. And its first effort, the Kone Pro Air wireless gaming mouse, shows lots of promise. At only 75 grams, it’s far lighter than most others that tend to sit at the 90 to 100g range. Despite being light, it still offers 100-plus hours of battery life. As for performance, it certainly holds its own. Featuring a responsive optical sensor, as well as up to 19,000 dpi — which can be tweaked — it’s a high-performance piece of kit, despite its tiny, egg-like shape. With a 100 million click lifecycle, and convenient shaping for various hand or grip sizes, the Kone wireless is a fantastic option. 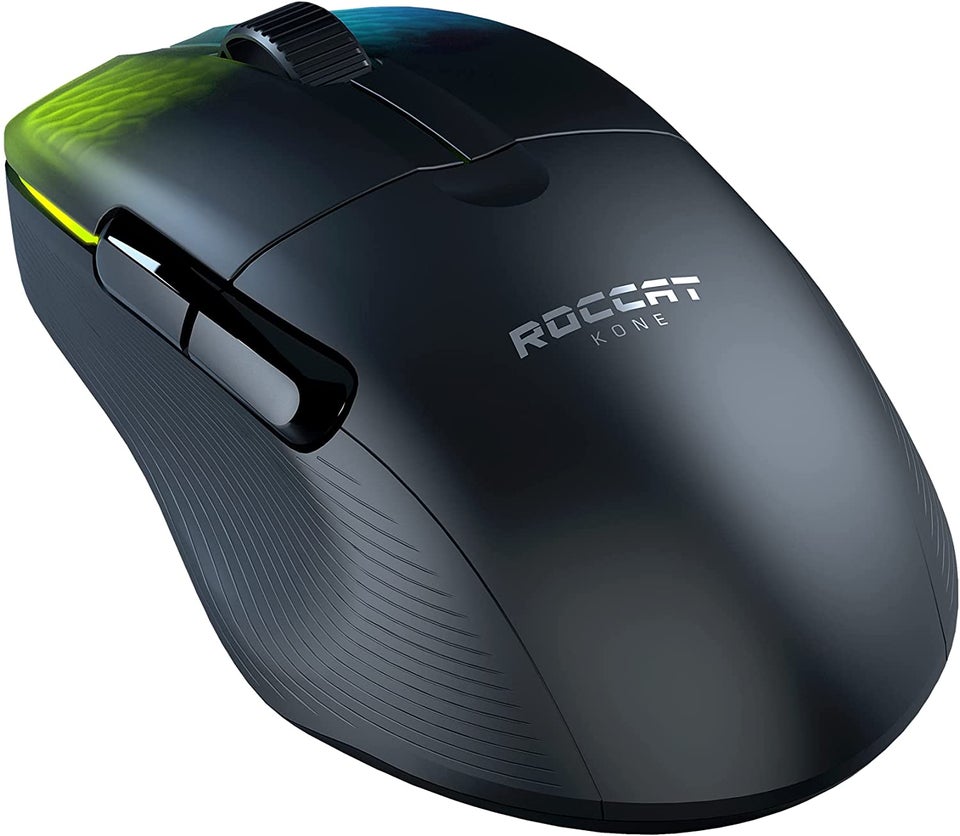