Katy Perry is welcoming winter with fleece and love in her new Gap campaign. The pop superstar covers The Beatles’ “All You Need Is Love” in a commercial helmed by Grammy-winning director Mark Romanek.

The ad follows Perry as she rises from bed, heads to the gym and arrives on set to shoot the Gap commercial in which she performs the iconic Beatles hit surrounded by couples clad in colorful puffer vests, jackets, sweaters and denim.

“All of the actors in the commercial and the extras, they’re all real-life couples — which is great,” Perry told The Hollywood Reporter via phone ahead of the holiday ad’s debut. “These couples get paid to be together to be in cozy in color-blocked sweats and share the love. It was just so easy and effortless. And thank god, because those aren’t really words that exist in our world today.”

Out today (and on its star’s 37th birthday, no less), the one-minute spot marks “a full-circle moment,” said Perry, who also has footwear and fragrance lines under her belt. “When I was 16, one of my very first jobs besides scrubbing a couple of toilets here and there was at Gap in Santa Barbara, which still exists. I was in charge of the fleece section. In the early 2000s, they had these iconic Gap playlists where it was all of these up-and-coming artists that would get on the playlist … My dream was always to make [it on] that playlist. But little did I know I was starring in a Gap commercial almost 20 years later. How crazy!”

She added, “It’s kind of a rite of passage, all of my heroes have done it. ‘All You Need Is Love’ is such an iconic song and it’s the definition of life and to work with such a legend [like Romanek], It was such an easy ‘yes.’ [The shoot] was world-class, all the people I got to work with are just pros and they treated me so lovely.”

The American Idol judge, who welcomed her daughter, Daisy Dove Bloom, with fiancé Orlando Bloom last year, is also partnering with Gap on a philanthropic aspect. The clothing company will donate one dollar (up to $100,000) for every stream of Perry’s cover of “All You Need of Love” on Spotify to Baby2Baby, a Los Angeles-based charitable organization that provides new mothers in need with newborn essentials.

It’s not the first time that the entrepreneurial star has lent her time to the organization (which also counts Amy Adams, Jessica Alba, Zooey Deschanel, Kerry Washington and Ali Wong among its dozens of starry supporters). The singer earlier this summer volunteered at Baby2Baby’s back-to-school drive, which was followed in July by a performance with John Legend at luxury retailer LuisaViaRoma’s UNICEF fundraiser.

“I hope I can [get involved with] their Christmas drive,” said Perry of Baby2Babt. “They really are amazing at providing all the needs that moms need, which sometimes can be really overwhelming … So it’s just beautiful to be able to contribute to my favorite charity through doing what I love, which is re-recording a Beatles song. It was just an A-plus time.”

Perry will soon make her Las Vegas residency debut on Dec. 29, when her Play show opens at Resorts World Theatre, where it runs through March 2022. (Tickets are still available online at SeatGeek, StubHub, Ticketmaster and Vivid Seats.)

“It’s really really exciting. With the holidays coming up, I am gearing up — I definitely need to start intermittently fasting or something,” she joked. “I’m back in the gym, I’m doing so much production for this larger-than-life, Honey I Shrunk the Kids on mushrooms moment. It is going to be so fun and so colorful, and Vegas feels like it was always meant to be in that my grandma lived there and I remember going to visit her all the time.”

Perry also called her Sin City debut yet another full-circle moment, as her late aunt was a showgirl at the Sunset Strip’s legendary Stardust Hotel, once located on the same grounds of the massive Resorts World development, where mini-residencies also include Luke Bryan and Carrie Underwood. (Celine Dion canceled her show due to severe muscle spasms.)

“My aunt who I didn’t really get to know — she passed before I was of age — she was a showgirl … It feels sort of legendary. I’m excited to be able to do [my Play] shows and still be able to take my daughter to preschool. You just don’t get those moments back I hear, so I’m not going to miss them,” notes the star.

In addition to toasting her Gap commercial, Perry reveals more details on this year’s birthday festivities, which she says will be decidedly more low-key than when she turned 30 and 35 (which she fêted in Morocco and Egypt, respectively). In between the milestone years, “I want to do something more intimate with my family. Last year, I even got to go to Hawaii, just me and Orlando and my baby, and it’s like a nice bonding time, it wasn’t too raucous. But I’m definitely going to allow myself a skinny margarita or three.”

See the full campaign above, and shop some of the cozy pieces seen on Perry and more cold-weather essentials below. 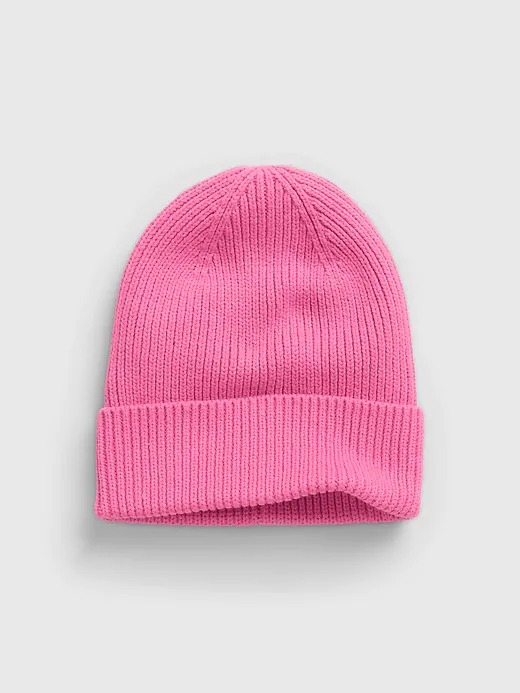 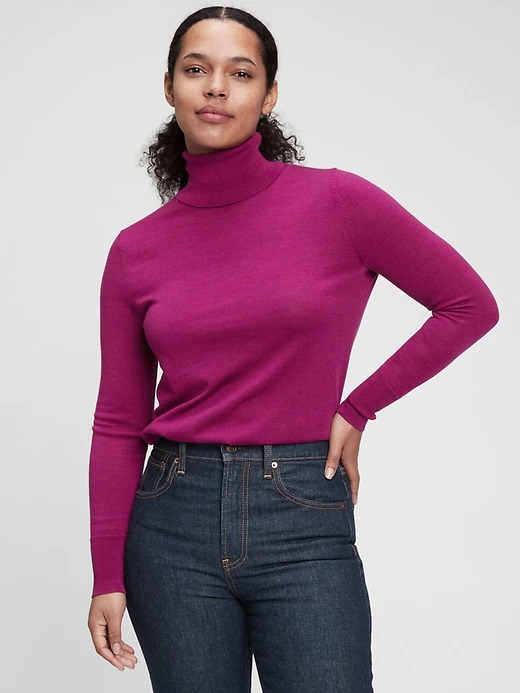 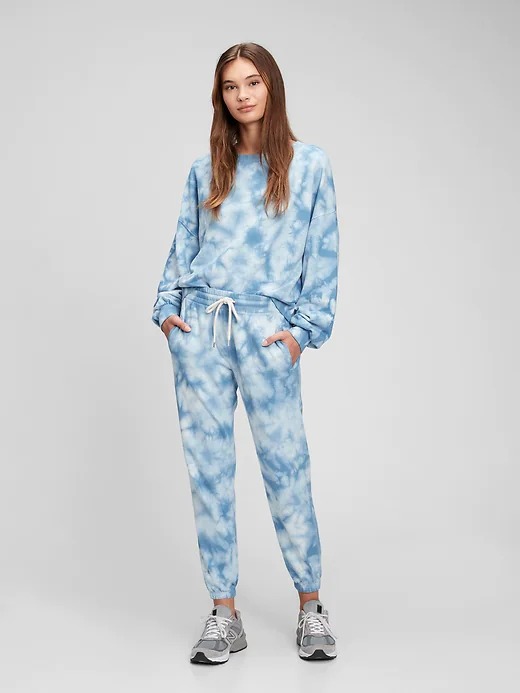 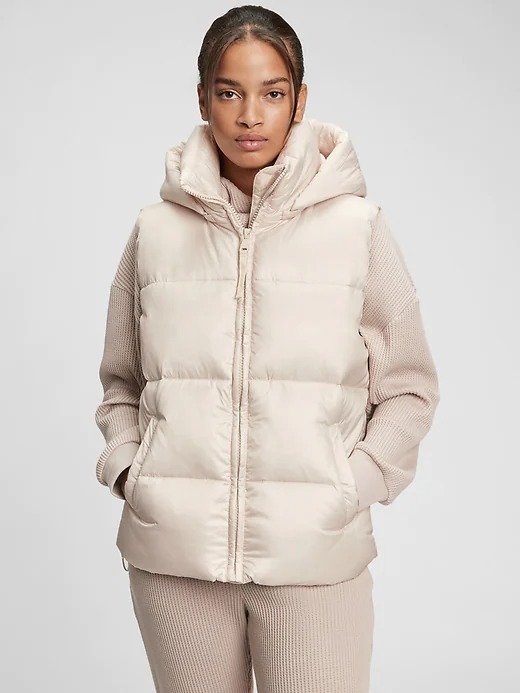 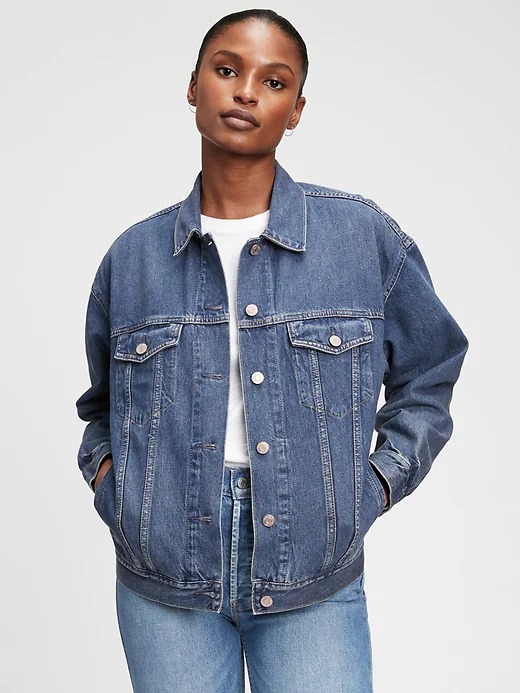