Continue to The Hollywood Reporter SKIP AD
You will be redirected back to your article in seconds
Skip to main content
November 27, 2021 5:00am

If you, like many other gamers, have Sony’s PlayStation 5 on your wish list, then you’ll want to get in the virtual line at Walmart. The discount retailer is releasing both in-demand consoles on Cyber Monday — but you’ll have to be a Walmart+ member to get early access. (Other stores including Amazon gave Prime members access to shop until Nov. 23.)

Walmart is restocking the PS5 ($499) and the digital edition ($399), which will both be available to Walmart+ members Nov. 29 starting at 9 a.m. PT / 12 p.m. ET. The PS5 along with Nintendo’s Switch OLED and Microsoft’s Xbox Series X gaming console (three of this season’s most popular gifting items) have all been sold out as a result of COVID-19 shipping delays and chip shortages.

Getting behind the velvet retail rope requires membership to Walmart+, which lets you shop the retailer’s special releases and shopping events (such as Black Friday) up to four hours earlier than everyone else. It costs $13 monthly or $98 annually and includes free delivery from your local store on orders over $35, free shipping with no purchase minimums, discounts on prescription medicines and gas, contact-free checkout at Walmart stores and more. If you’re a new member, you can take advantage of the 15-day free trial.

The difference between Sony’s PS5 and the digital edition is that the former comes with a 4K Blu-Ray player (a great option for cinephiles), while the latter doesn’t include a disc drive (which knocks $100 off the price). Other than that, they have identical specs: they’re both equipped with AMD’s Ryzen Zen 2 CPU with eight cores, 16 threads and up to 3.5 GHz speeds; and Radeon RDNA 2 architecture (which delivers realistic ray tracing), 825 GB SSD and 16 GB GDDR RAM.

All of that means that the PS5 delivers fluid gameplay at 120 fps, supports 4K and 8K output (so you can play on 4230p displays) and includes immersive Tempest 3D AudioTech on headphones or speakers. The console comes with a DualSense wireless controller with haptic feedback and adaptive triggers.

Bookmark Walmart’s early access product pages below and set your alarm for 9 a.m. PT / 12 p.m. ET on Cyber Monday if you’re hoping to get your hands on the hot commodity. 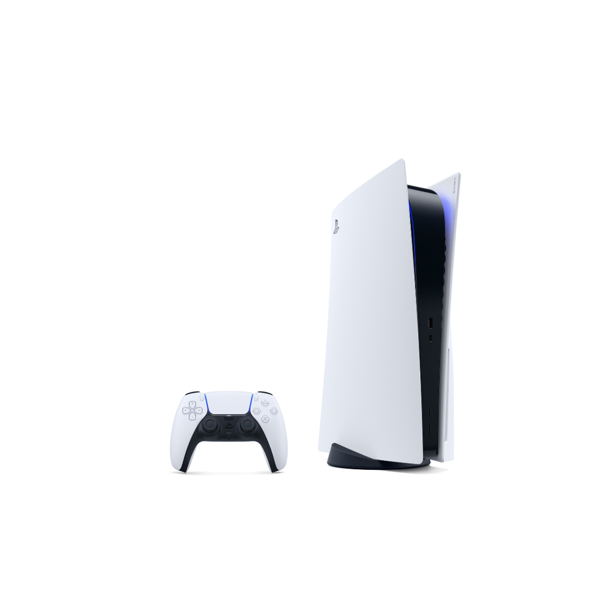