Dearly beloved, we are gathered here today to talk about the limited-edition cosmetics capsule created in collaboration with the Prince Estate and Urban Decay. The Purple One was the muse behind the collection, with the Prince Estate weighing in as part of itsmission to continue his legacy and inspire his fans. The line was introduced to the world with the “Living Loud in Color” campaign that celebrates Prince’s ethos of unabashedly being yourself, no matter what society says.

Prince’s persona and inimitable style is splashed across the entire collection, from the kajal eyeliners to the purple everything to his signature love symbol. Shop the collection now before it sells out.

It wouldn’t be an Urban Decay palette without at least one eye shadow palette. And it wouldn’t be a Prince collection without loads of purple. Worlds collide with the Let’s Go Crazy Eyeshadow Palette. Featuring a range of shadows in the pop star’s signature hue — from creamy iridescent violet to rich purple metallic and deep blue glitter — they are made to be worn solo or blended to perfection. The 10 shades come in a mix of finishes: matte, pearl and shimmery chrome. The case is everything you’d expect, adorned in faux leather fabric with a 3D laser-cut Prince symbol as the magnetic closure. 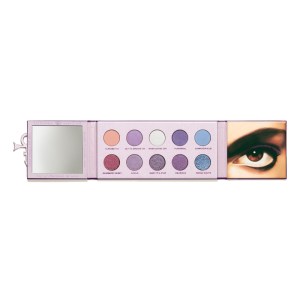 2. Urban Decay x Prince U Got the Look Eyeshadow Palette

Copy Prince’s signature smokey eye with the U Got the Look Eyeshadow Palette that has just the right mix of neutrals and metallics that bring on the drama, in his go-to combination of black and gold. Packed with pigment, the completely vegan palette spans light to dark, from a pearly cream to black glitter and everything in between, like gold metallic and sparkly mauve. 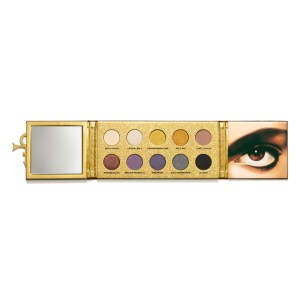 No one wore guy liner quite like Prince. A key part of his iconic aesthetic, the Kajal Eye Pencil will let you bring his look to your lids, too. Available in both black and white, aka “So Dark” and “When Doves Cry,” these liners boast an ultra creamy formula so that they glide onto skin with impressive color payoff in a matte finish. 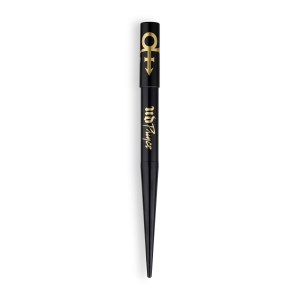 Prince was radiant in every way and now you can get his glow with this liquid highlighter that gives off a golden shimmer. The universal shade flatters all skin tones and can be blended onto skin with fingers or a brush. The lightweight formula is spiked with shea butter to hydrate skin.

Party all night à la Prince and keep your makeup in place with the perfectly named mattifying All Nighter Powder. It’ll keep your makeup intact and zap up excess oil for up to a whopping 11 hours, blurring pores and imperfections, too. The waterproof translucent powder is vegan and feels weightless on skin. 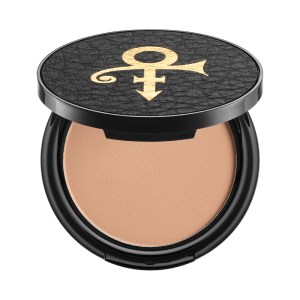 Prince had many talents, just like this super-fluffy Multitasker Brush does. Inspired by the makeup brushes that Prince used, its vegan bristles are densely packed and can be used anywhere on the face and body. 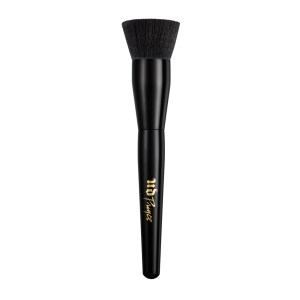 If you can’t decide which Urban Decay x Prince items to buy, get the entire seven-piece limited-edition collection with the Prince Vault. The collector’s item will allow you to create endless looks inspired by Prince and bring out your artistic side. 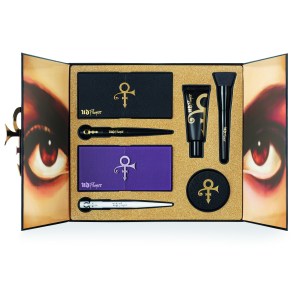