Between jumping from one CW series to another, Jared Padalecki found another calling during the pandemic. The Walker actor — whose second season as the reimagined Texas ranger Cordell Walker premiered Oct. 28 — is now a co-founder and investor of Mantra Labs, the chrono-nutrition company founded in 2019 by entrepreneur and CEO Paul Janowitz.

The wellness brand recently debuted Hydrate, a new sugar-free hydration drink mix geared towards supporting physical and mental health through plant-based, eco-friendly and vegan ingredients such as broad-spectrum electrolytes, marine minerals, PureWay-C (which helps the body better absorb vitamin C), Aquamin (for supporting digestive health) and prebiotic fiber, to name a few. The supplement works with the rest of Mantra Labs’ products that are designed to synchronize nutrition with users’ biological clocks, and comes in travel-friendly packets or a 30-serving tub ($25 to $35) and as a one-time purchase or subscription option on Mantra Labs’ website and at Verishop.

The Best 'Black Panther: Wakanda Forever' Merch to Gift for the Holidays

“I started using Mantra during the pandemic,” Austin-based Padalecki tells The Hollywood Reporter. Introduced to the brand through friends of his wife, Genevieve Padalecki (with whom he has co-starred in Supernatural and Walker; the couple have three children), he says he tried the brand “on a bit of a whim … I had done 21 years on TV. I had tried every supplement on the planet, essentially. If it’s in GNC [or] in some supplement store down the block, I’ve probably tried it.” 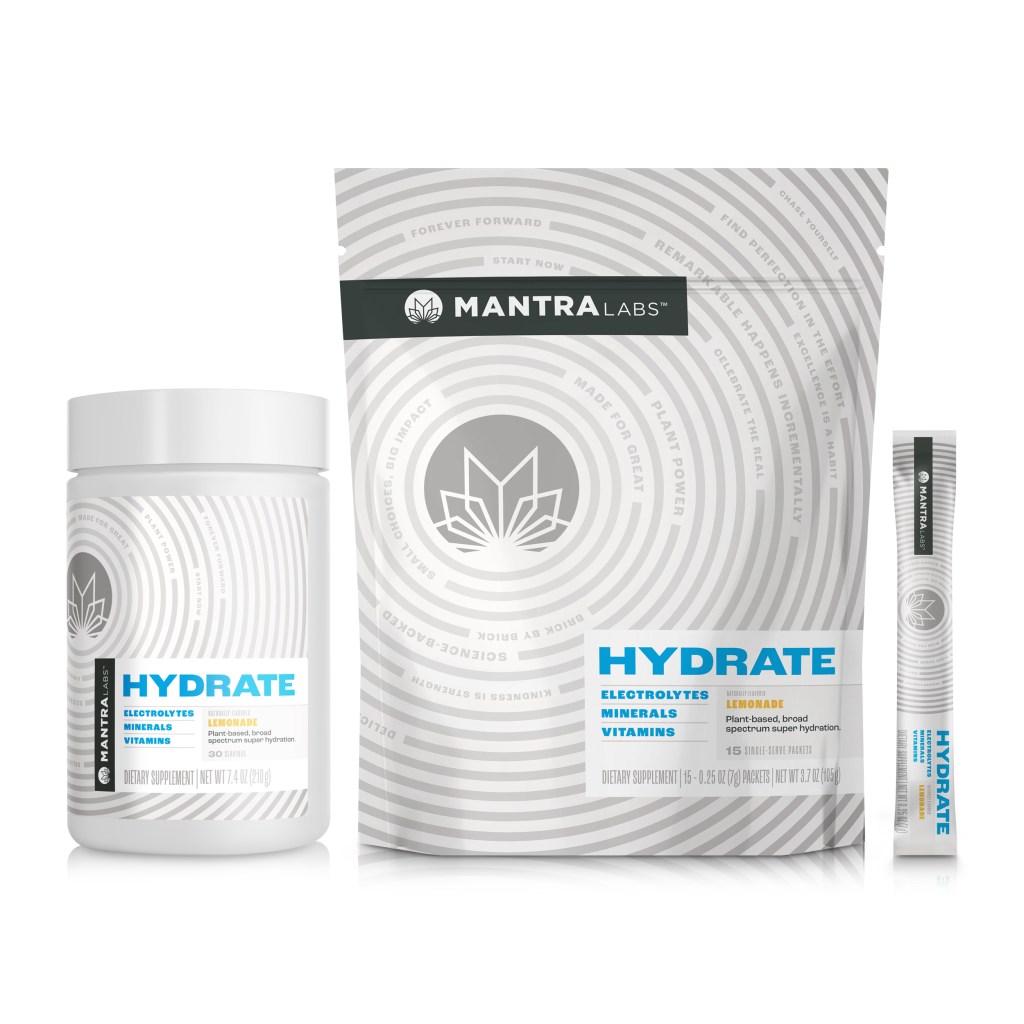 Noting that he’s “not a physician” (“I don’t want to make medical recommendations”), Padalecki continues: “I’ve invested in several companies, but this was the first one that I wanted to get in front of publicly. I believe in this. I am certain that I will use our products every day until the day I die.”

“We focus really hard on making the product as clean and as organic as possible. I feel comfortable giving any of the products to my kids, you know. And I think a lot of companies out there, in my opinion, just throw in a lot of stuff, thinking, ‘One of these [ingredients] will work.’ We don’t do that,” he says.

“At this point in my life, I’ll be 40 next year, and my life changed a lot, having kids … I no longer want to be the guy who lifts the most weights at the gym or the guy who’s like, ‘Let’s go get shredded.’ That doesn’t interest me,” adds the San Antonio-bred star. “I want to feel good. I want to wake up in the morning and be able to wake my kids up for school and feel energy and feel rested and relaxed and hydrated.”

Mantra Labs’ philanthropic business model also drew Padalecki in as an investor. The actor has opened up in the past about battling depression, and in 2015 launched his “Always Keep Fighting” fundraising campaign to support the nonprofit organization, To Write Love On Her Arms.

“I’ve literally spent 21 years trying everything on the market and this speaks to me. And Mantra since day one has been donating a portion of every sale to mental health charities, it just spoke to me both physically and more importantly, mentally, I felt good using the product,” he explains. “It’s really important we do good for ourselves and we do good for those we’ll never meet.”

Here, the 39-year-old actor shares more about what attracted him to take on the role as Cordell Walker, how he incorporates Mantra Labs into his filming routine, how he got his first big break in Hollywood and the essentials — from smart toothbrushes and watches to boots — that he can’t live without when he’s traveling for work.

As for Walker, the second season airs Oct. 28 live on the CW and can be streamed free online the following day on the network’s website. The show can be live-streamed on DirecTV Stream (formerly AT&T TV),  Hulu + Live TV and YouTube TV, while the first season is available on HBO Max.

Walk us through Mantra Labs’ products and how you use them in your daily routine.

Rise you take in the morning. You mix with water. It has no caffeine. Rest you take at night and then Go you take as needed. There are days I take zero Gos and days I take three. [One] Friday night we were filming until like 2 a.m. I was riding a horse. I was exhausted. And I don’t want to just try and chug a coffee or Red Bull. So I’ll take a Go. If I’m doing a big, long workout, like an hour or two bike ride or jog or hike or something, I’ll take a Go. So each one is formulated for its specific purpose. 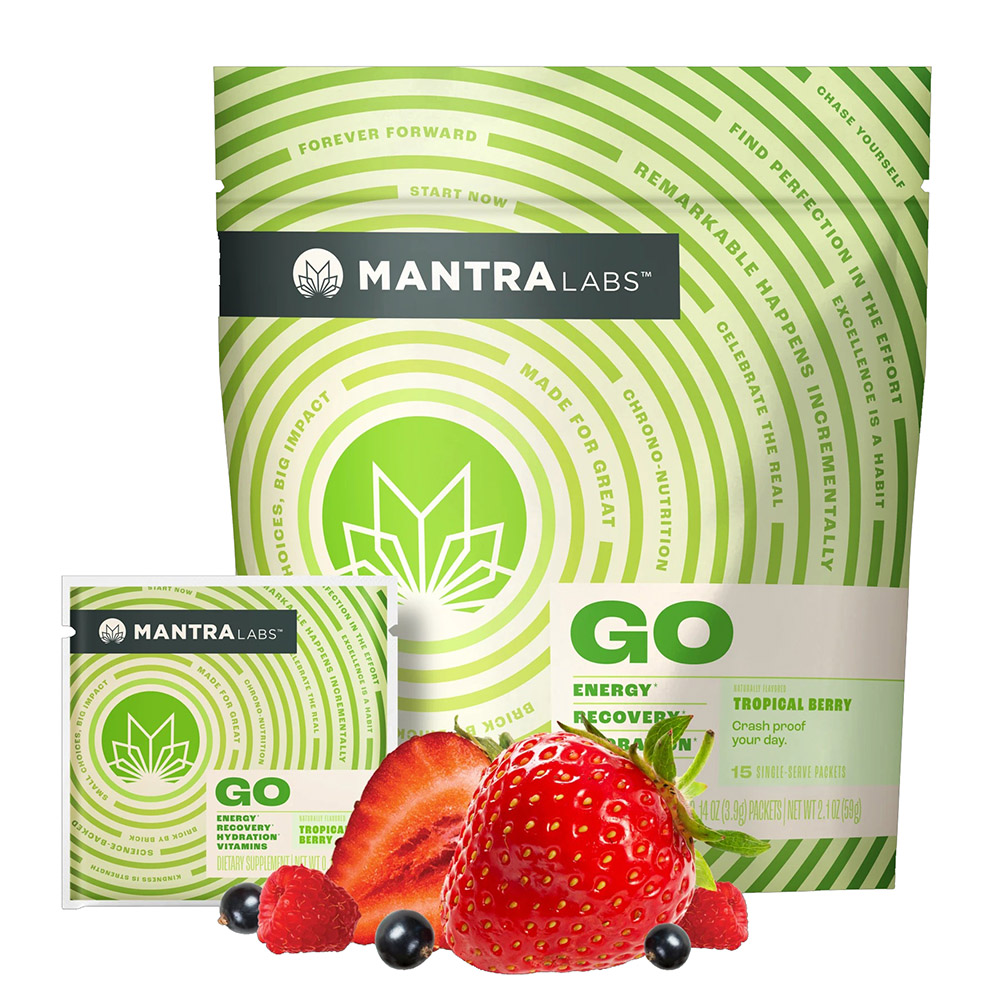 How did you end up moving to LA and pursuing acting?

I was enrolled at University of Texas Austin. We call it just UT. That was in 2000 and I had my books, I had my housing assignments, I had all my classes and then I went to L.A. — like I’m going to give it a shot. And I got Gilmore Girls. I got like a four-episode run on Gilmore Girls. I was making like a thousand dollars every two weeks and I was like, “I’m rich.” And then Gilmore Girls ended up kind of continuing my contract for another five years. Then the Supernatural happened.

What drew you to Walker, to that role and wanting to do that character?

I grew up in Texas and I feel like Walker, Texas Ranger, the Chuck Norris version, had been on [TV] a lot. And obviously, we find ourselves in a very different situation and I want it to find a storyline that I could work from home in Austin about a law enforcement agent who ideally for me, the audience will never know if he’s liberal or conservative, Democratic or Republican. This is not a show about roundhouse kicks. This is a show about a well-rounded family man. We tried to go with a more universal storyline. This is just somebody trying to be the best version of themselves they can and falling short, but, but striving to learn … This is more about like, “Hey, this guy is doing the best he can.”

Since you travel frequently for work, what are some of your essentials?

These are things I legitimately own and travel with. I’ve traveled a lot. I filmed Supernatural in Vancouver for 15 and a half years and we would do like 18 conventions a year. So I’ve done my fair share of traveling out of a backpack.

Right now I have a Tumi backpack that I travel with. I have so much in my backpack. I have a computer and an iPad and scripts. I’m a big backpack guy. People see me and they’re like, “Hey, what college are you going to?” And I’m like, “I ain’t going to college. This is just the way I travel.” It’s just easier to put two straps on and walk than to try and do the whole wheeling of a backpack through an airport or something. 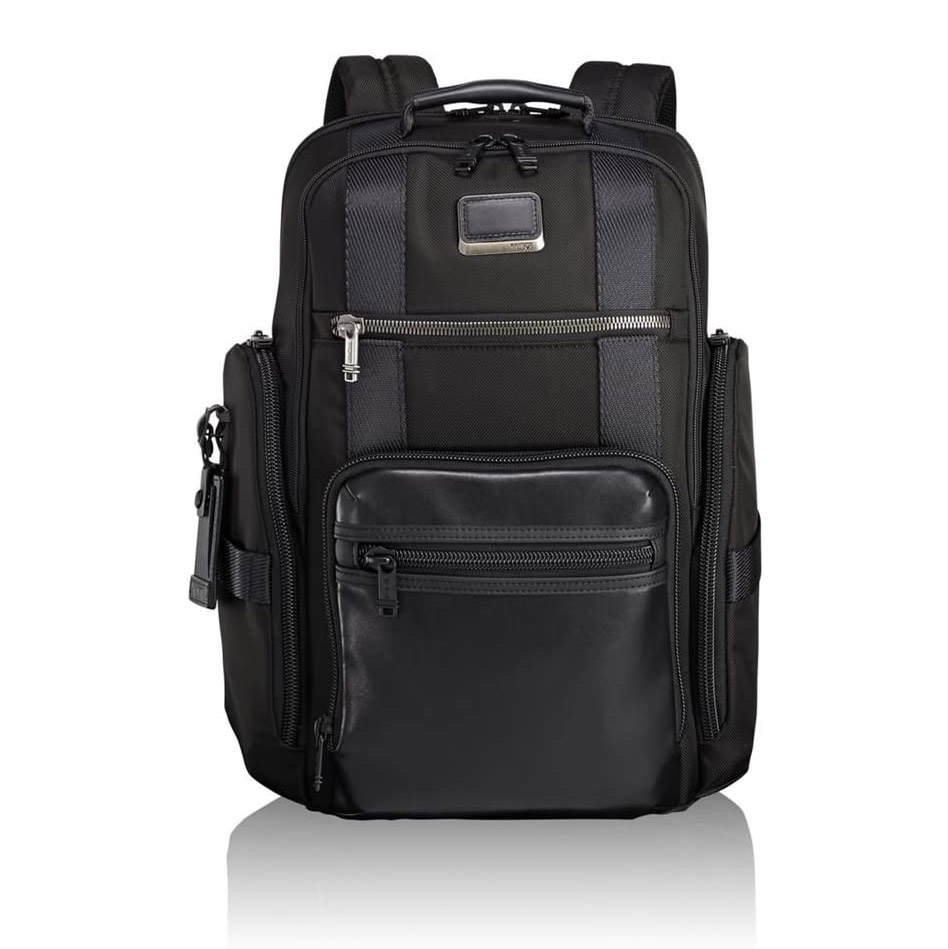 First thing, there’s a company called My Charge. Inevitably I find myself with like five percent battery and other than when I go to bed at night in a hotel room I’m not near a plug. You can get it on Amazon. I’ve probably bought 30 or 40 [of them] in my lifetime. I’ve probably given away 20 of them. I’ll see people whose phones are dying and I’ll be like, ‘Take this.’ It’s a travel battery, but it comes with the plugs. So you can plug it directly into the wall. You don’t have to have a separate plug and a separate cord to charge it and then have a separate plug to charge your phone. There are some that charge your iPod and your iPhone and your computer or whatever. There’s one in my Tumi backpack at all times, fully charged. 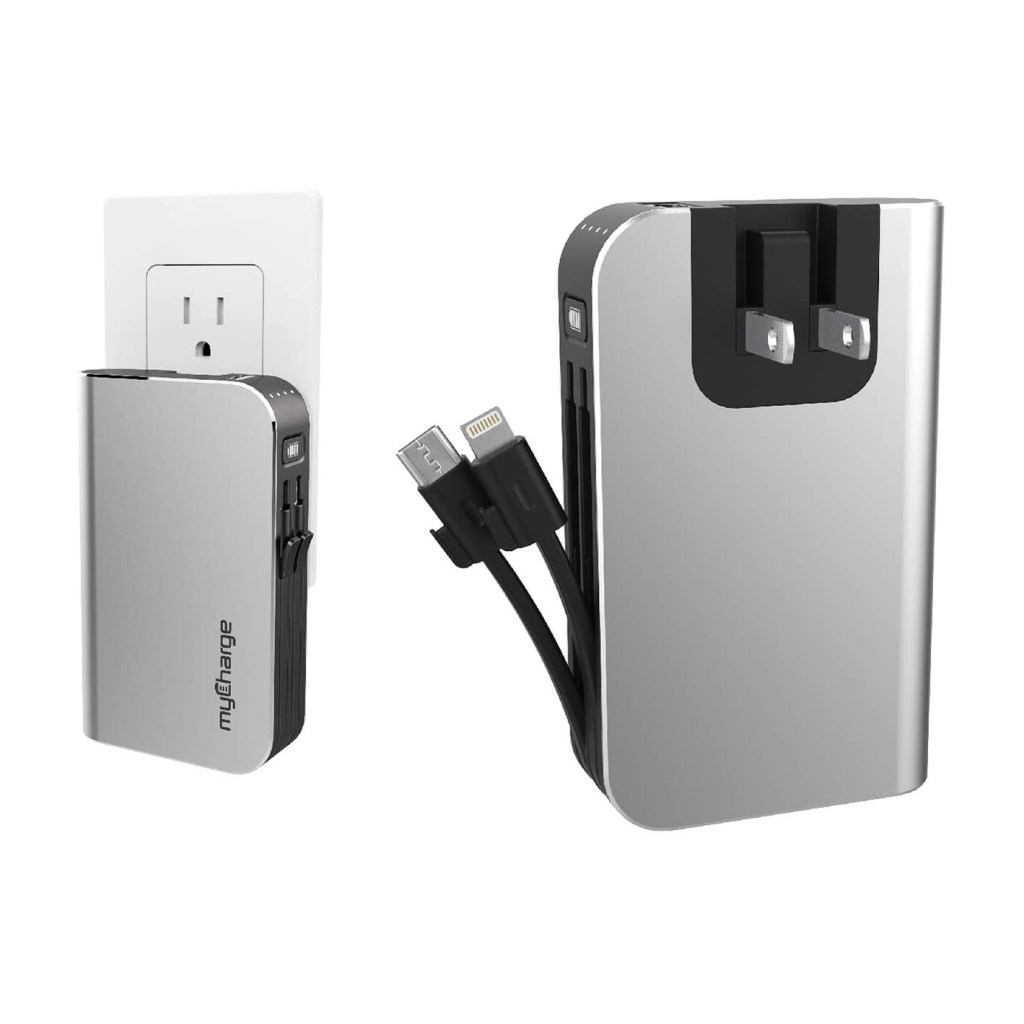 I use a Garmin Fenix watch. I’m a big watch collector. I love mechanical watches. But when I travel I use a Garmin Fenix because it has heart rate and also my favorite thing to do when I get to a new city is to just walk around. And so with a Garmin you can GPS track yourself; you can see how many miles you did, your average speed, your heart rate.

And it links into your phone or your computer and you can see what route you did. So you can just put in headphones, go for a two-hour walk around Chicago or New York or whatever. And then you can go like, man, you know, about an hour into it I passed up a really cool little old town spot. Like where was that? When you log into your phone or your computer, you can go like, Oh, that was right there. And you can see where it is, go back if you want. I’ve done marathons and I wear the same watch in my marathons. But that’s a great watch for travel. And also it’ll automatically log in to wherever you are. So it’ll change time zone by itself. 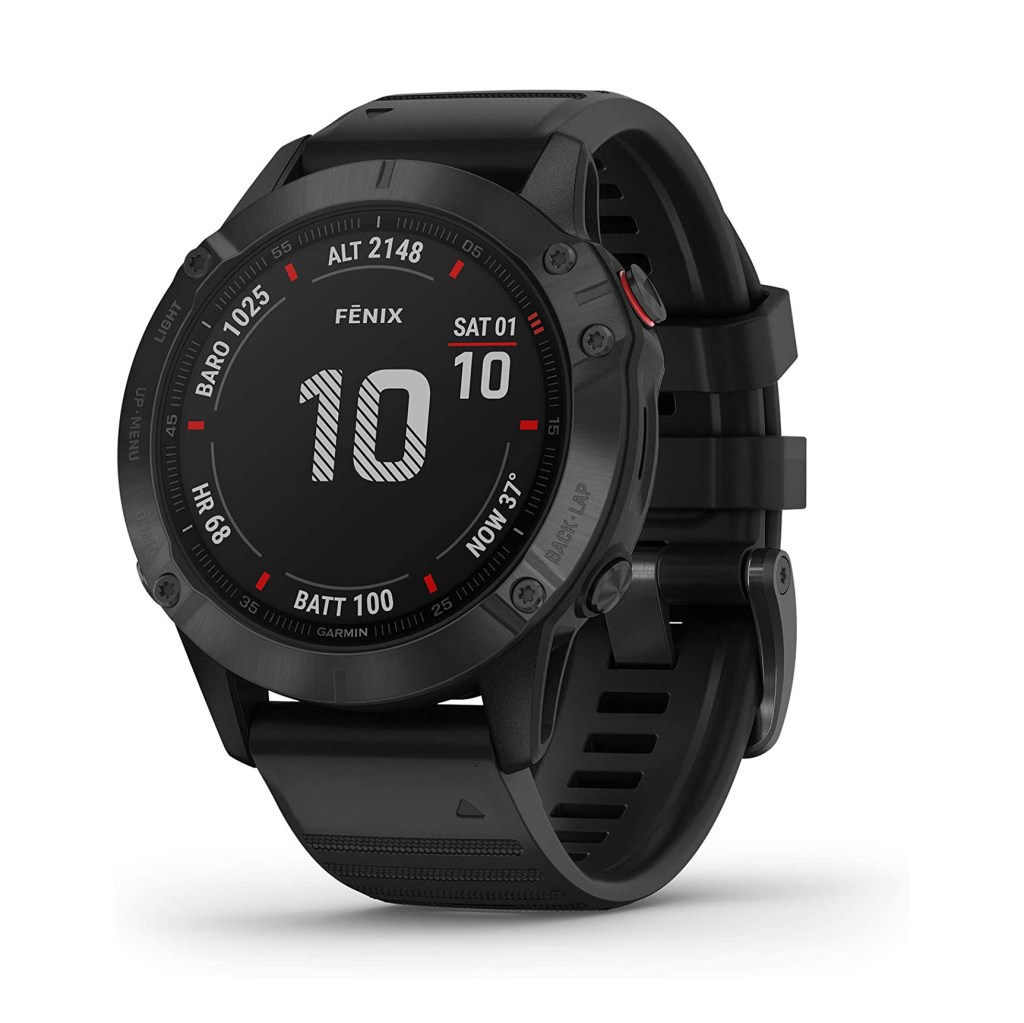 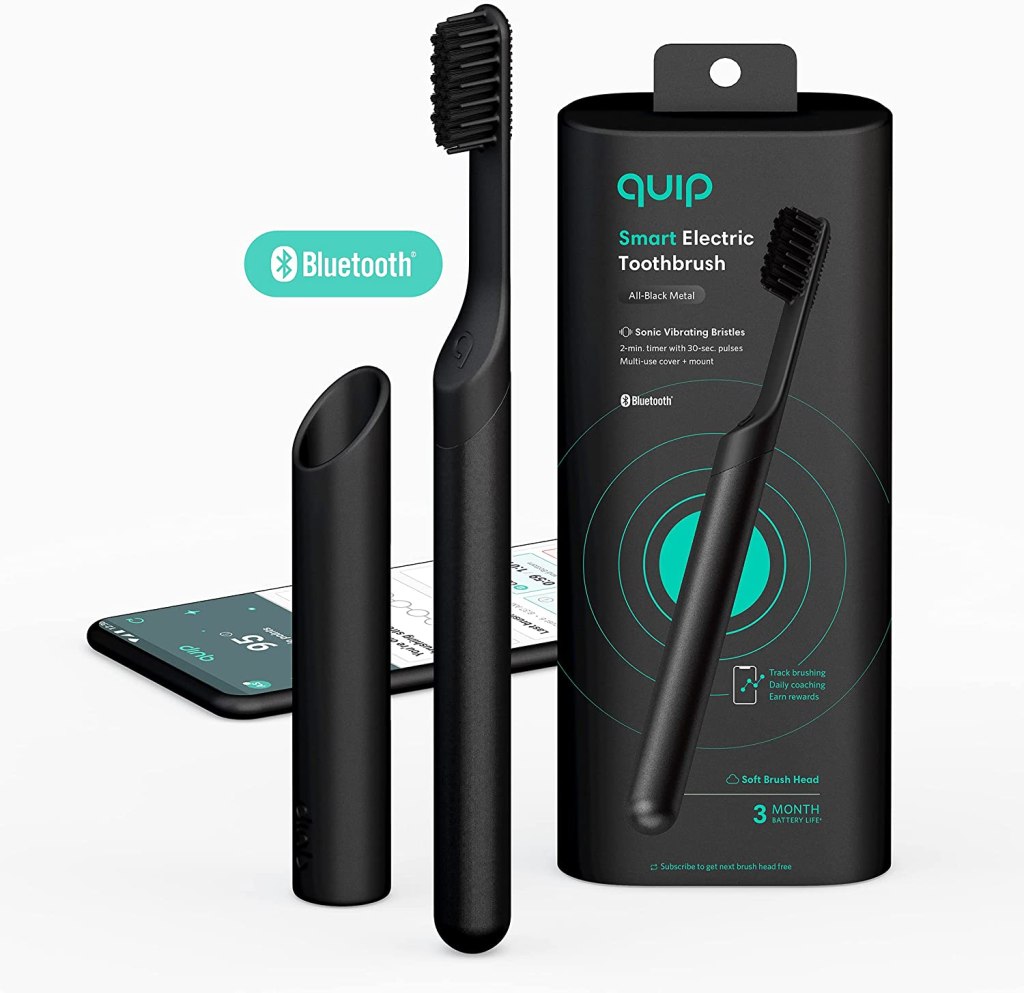 For skincare, I just use Dermalogica lotion. That’s basically my entire skincare routine. After I shower, I’ll just put lotion on and I’ve got a big forehead, you know, I’m a big Polish dude and I get a lot of wrinkles and I’m always in the sun; I’m a sun baby. I love being outside and playing with the kids, getting in the pool, going for a bike ride. 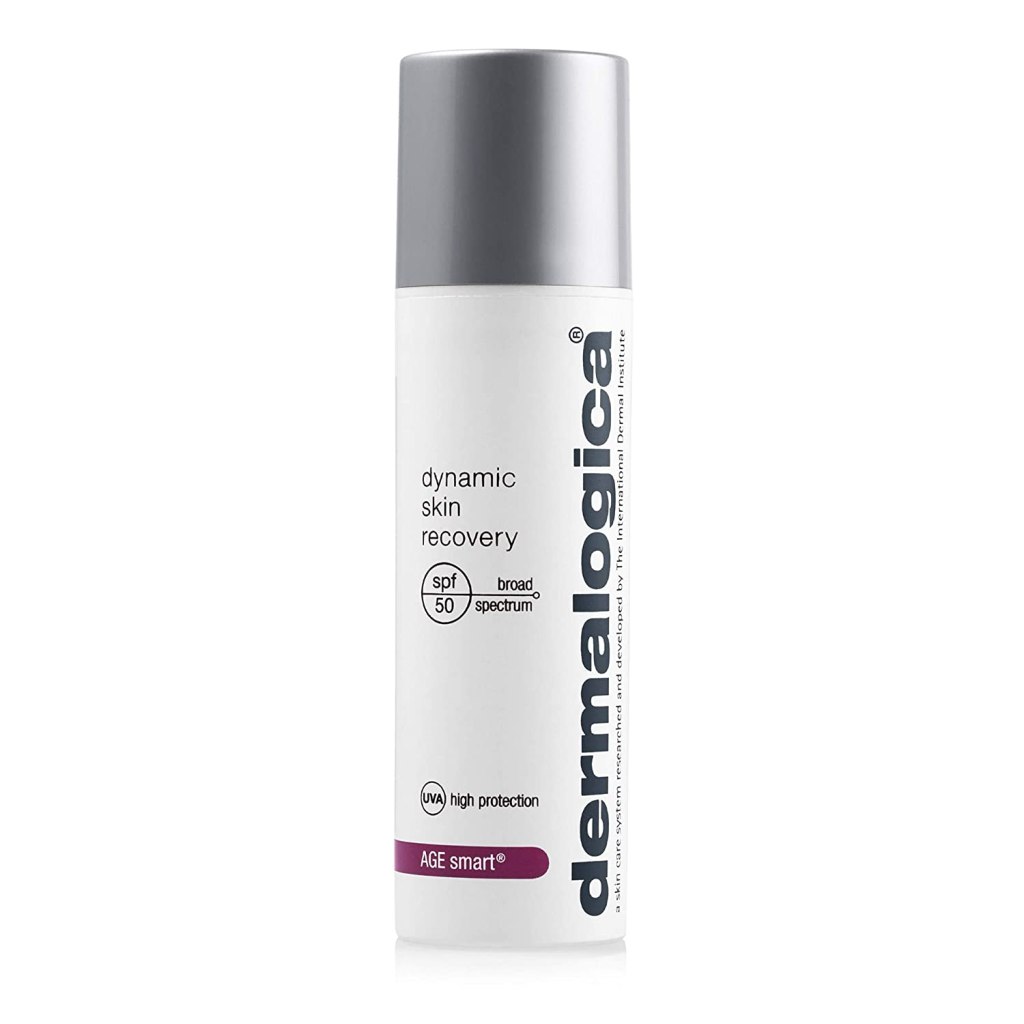 My most common travel shoes are by Blundstone. I found out about them because when I started my character on Supernatural, [he] started wearing them in season two or three. They are waterproof and they slip on and off. So if you’re going through the airport, you don’t have to sit there and unlace your shoes, you just kick them off and pull them back on. 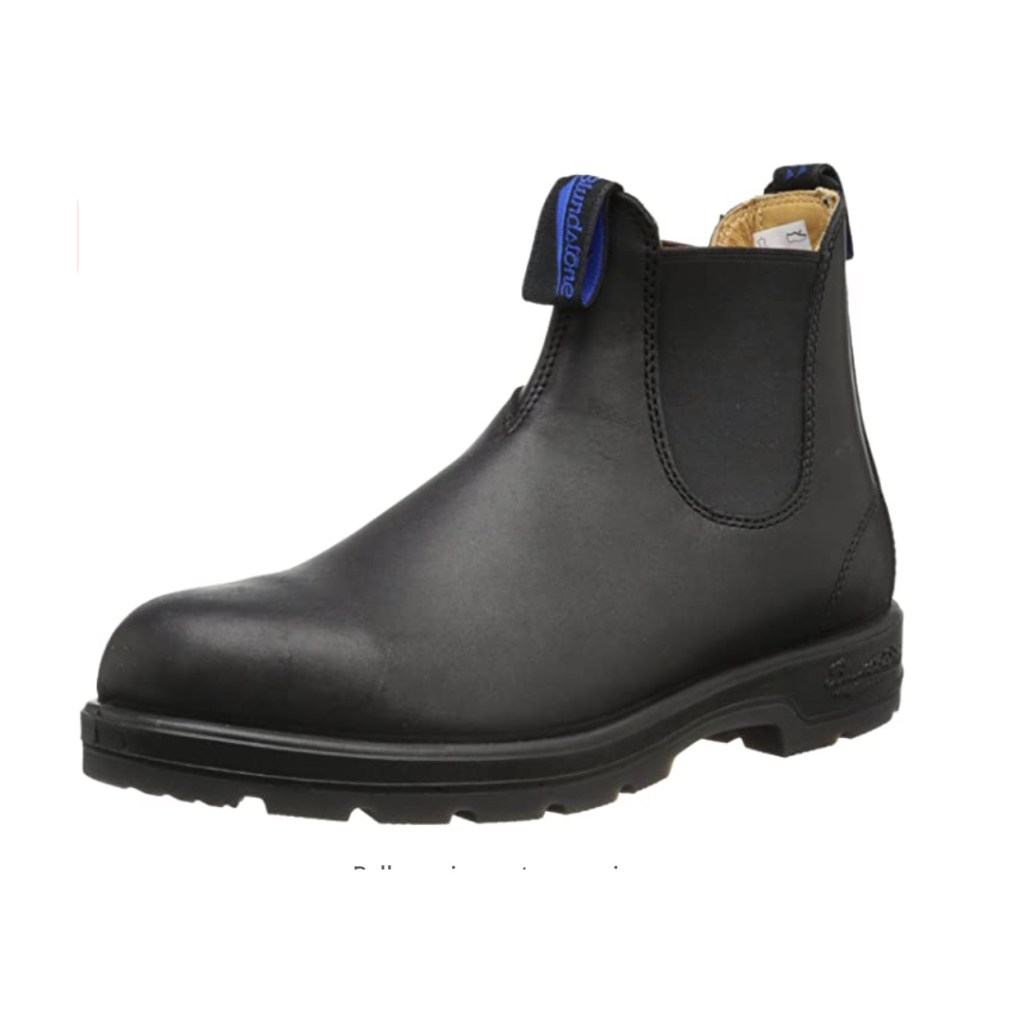 There’s a brand called Willy. (Padalecki says he and his wife are friends with Willy co-founder Charles Nelson, the husband of Sprinkles co-founder Candace Nelson.) I wear their shirts all the time. I wear them to dinner. I wear them to work out. I wear them to sleep. They’re just super cozy, wonderful workout shirts. And also in Texas, when it gets to be like a hundred degrees outside and humid, they breathe. I usually have a rolled-up Willy shirt in my backpack. 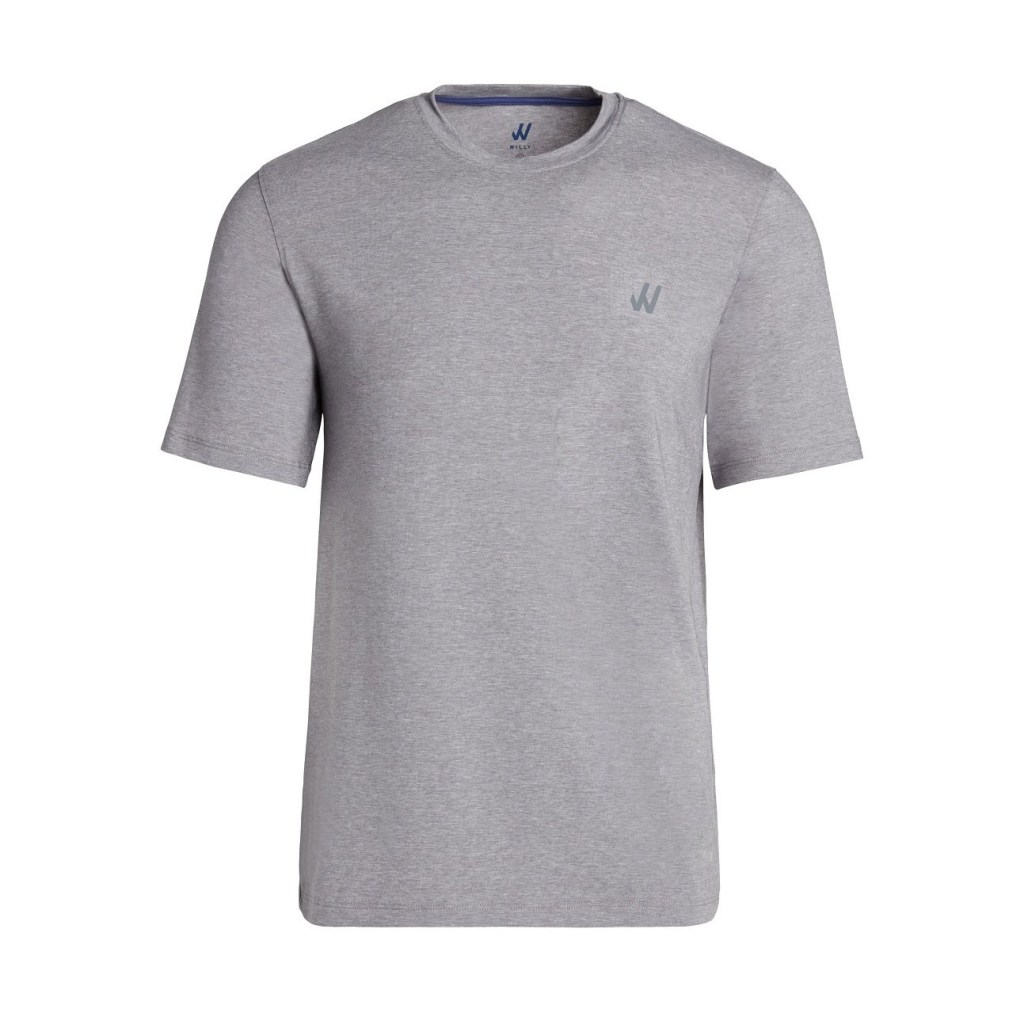