Arrivederci, Meatpacking. Fashion has officially moved down south, to the South Street Seaport that is.

Though Conde Nast relocated their offices to the Financial District in 2014, and the Oculus opened in 2016 — both illuminating downtown Manhattan’s fashionable potential — the Seaport District (just a 15-minute walk east from One World Trade Center) is shaping up to be a cultural hub in its own right.

Pier 17 is the Seaport’s waterfront venue where designers, including Alexander Wang and Cushnie et Ochs, have already shown collections. And thanks to Howard Hughes Corporation’s commercial revamp, the neighborhood will soon debut the first American extension of 10 Corso Como, as well as the first permanent New York location of Sarah Jessica Parker’s SJP Collection, along with a slew of trendy eateries.

Founded in Milan in 1990 by gallerist, publisher and former fashion editor Carla Sozzani, 10 Corso Como also has stores in Shanghai, Beijing and Seoul, all designed with the distinct aesthetic of American artist Kris Ruhs.”10 Corso Como was a place where people could come together — shop, read a book, see art, have a coffee or dinner,” Sozzani tells The Hollywood Reporter. “Now, in an age where everyone is constantly on their phones and on social media, it is even more relevant to have a space where people can sit, and be together to spend time and enjoy the pleasure of beautiful design, good food, culture and commerce.”

Often considered the first concept store, 10 Corso Como was always ahead of its time, and now occupying 28,000 square feet on the first level of the historic Fulton Market building, the New York outpost presents the ideal canvas for Sozzani and Ruhs to unleash their immaculately curated vision. 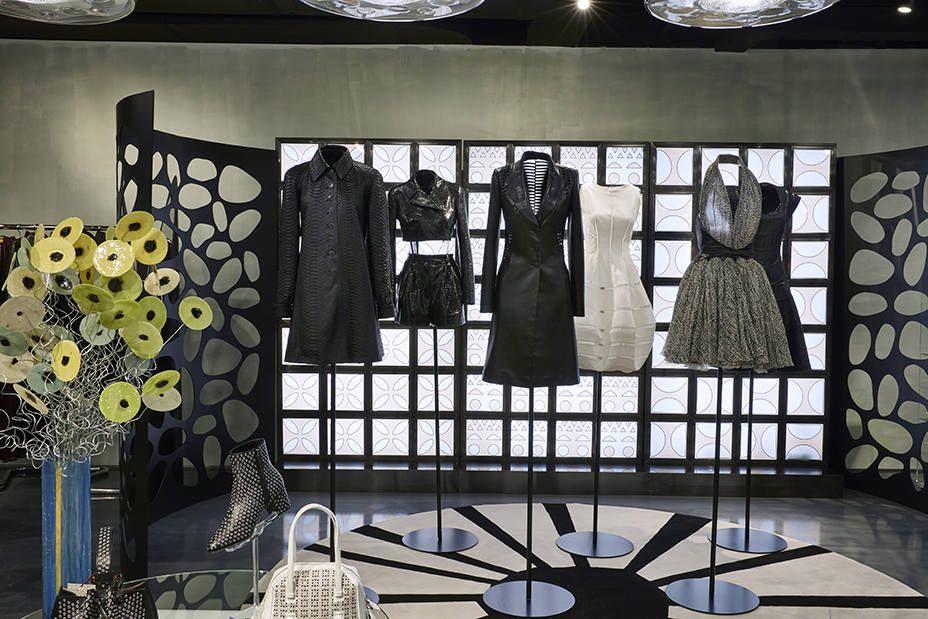 “We never had it in mind to open in New York,” Sozzani says, also adding that there is currently no discussion for a second American store. “However, once we saw the space in the Fulton Market Building, the architecture and the streets, and knew the history of the artists who had lived there, it happened very quickly for a project of this size.”

Those who have visited 10 Corso Como’s international locations will recognize the New York store’s open plan and whimsical scribbled circle logo, seen on everything from decorative tiles and bouquets to the extensive branded apparel, lighters, notebooks, totes, umbrellas and more on offer. 10 Corso Como-printed Birkenstocks and Supergas are among the trove of goods exclusive to the Manhattan site.

The store is also flanked by a “sunken garden,” as Sozzani calls it, which pays homage to the Milan location’s courtyard. “It is always important to encourage the philosophy of slow shopping with gardens in which to sit and enjoy an afternoon,” she explains. “The gardens reflect the seasons, as will the menu in the restaurant and cafe.” Menu offerings include salad and salami sections, as well as cocktails and coffee to suit every mood and appetite.

In addition to its men’s and women’s clothing by the likes of Comme des Garçons, Maison Margiela, Prada, Gucci, Azzedine Alaia and more brands integral to 10 Corso Como, the New York store features a dedicated sneaker area, as well as a vitrine full of vintage Ferragamo and Chanel accessories. With dedicated sections for books, beauty, fragrance, tech, home and design, it should not take much effort to fulfill Sozzani’s “slow shopping” mission and get lured in by the many objets d’art sprinkled throughout the space.

Beyond 10 Corso Como’s Ligne Blanche candles and porcelain sets, adorned with images by Jean-Michel Basquiat and Keith Haring, the store boasts an impressive gallery with two current displays: an Instagram-ready lighting installation by Michael Anastassiades for Flos, and a Helmut Newton exhibition, in collaboration with the artist’s foundation in Berlin and the Fondazione Sozzani. Open until Nov. 4, this is the first time Newton’s “Private Property,” comprised of 45 original photos from 1972-1983 that the photographer himself selected for this series, is being exhibited in America. 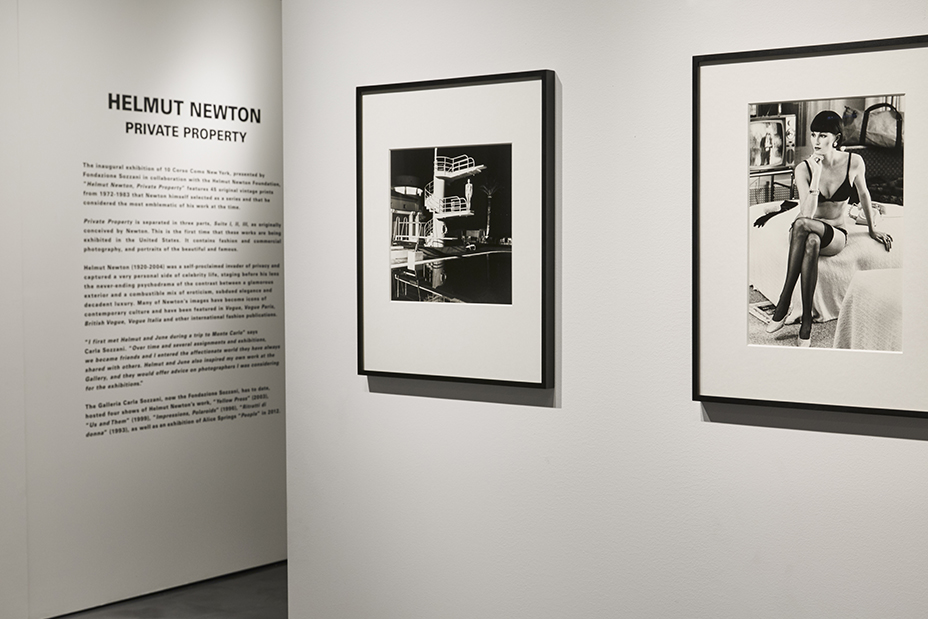 “My job as a portrait photographer is to seduce, amuse and entertain,” reads a quote by Newton on the exhibition wall. It is no surprise Sozzani chose the photographer’s work for 10 Corso Como inaugural exhibition, for her latest New York creation will indubitably elicit the same reaction from all who frequent it.