Social media and the internet were abuzz on Monday with headlines centered on Gwyneth Paltrow’s slightly stilted walk across the stage (as Stevie Wonder’s “Superstition” played in the background) while presenting an award at Sunday night’s 71st annual Emmy Awards.

There, with husband Brad Falchuk, co-creator of the Netflix show Pose, the 46-year-old star presented the award for outstanding lead actress in a drama series to Jodie Comer. When Paltrow walked out onstage — looking glamorous in a black-and-white vintage Valentino dress with floor-sweeping tulle strips on the sleeves — all eyes shifted from her gown to her gait. 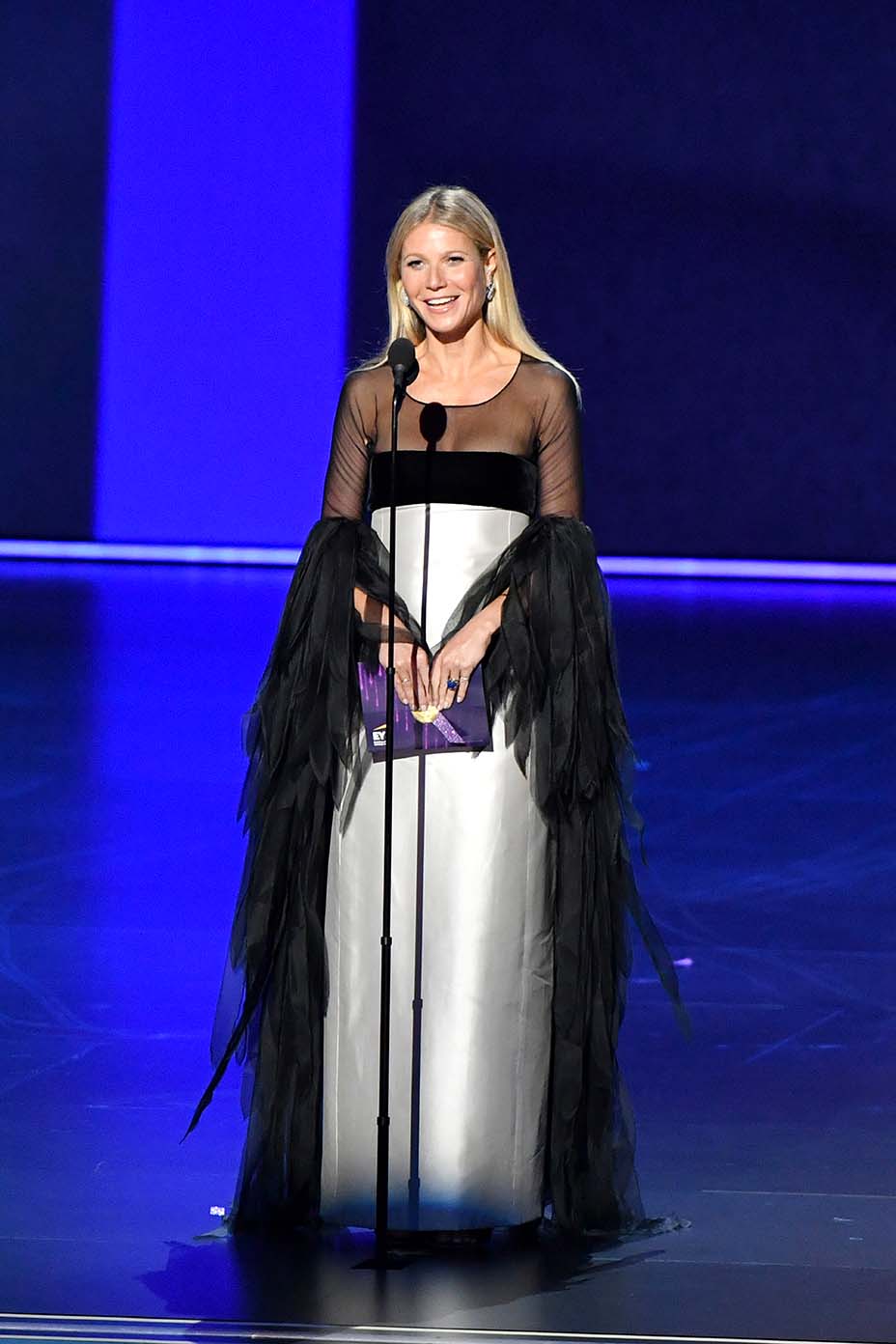 Holding the skirt of the gown in one hand, to hike up the hem, Paltrow approached the mic at a slower-than-usual pace, sending the Twittersphere into overdrive. Posts of a video of the moment were captioned, “The goopery that this slow walk has,” and “Congratulations to all the performances that won Emmys tonight but the best performance of the night is Gwyneth Paltrow’s walk to the stage.”

On a call to London with Paltrow’s star stylist Elizabeth Saltzman on Monday, The Hollywood Reporter happened on to the answer. Saltzman explained that she had pulled the standout gown from the archives of the luxury Italian fashion house. When asked about all the commentary that Paltrow’s short walk onstage was generating, Saltzman said, “That’s because in 1963 there were no back slits! It was not that she was having this fabulous walk, which she already has. In order to keep the dress authentic, I didn’t want to change Mr. Valentino’s design.”

Part of Paltrow’s decision to wear that particular archival gown was to honor her close friend, the legendary designer Valentino Garavani. “It was a fun way to put our nod towards wearing your clothes more than once, to honor a very dear friend, and to look like a billion dollar babe!” said Saltzman.

Time to move on to more pressing issues.