Don’t be surprised if the #29Rooms hashtag starts popping up all over your Instagram feed, because Refinery29’s highly anticipated interactive art installation, 29Rooms, has officially landed in downtown L.A.’s Arts District.

Now open until Dec. 10 (and again from Dec. 14 to Dec. 17), the “Turn It Into Art”-themed event features Instagram-ready spaces, with Janelle Monae, Margot Robbie, Demi Lovato, Emma Roberts and Jill Soloway among the star collaborators. 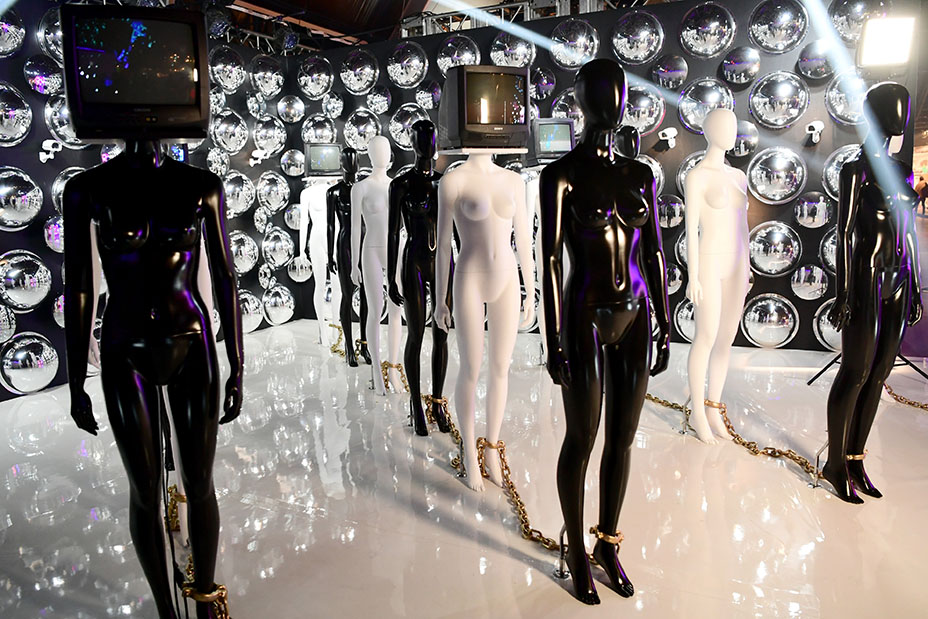 Monae’s “What’s Your Frequency?” room, which features black and white naked mannequins, with some of their heads replaced with TV monitors, is “a take on mass surveillance, cultural uniformity and the weaponization of technology,” Monae tells The Hollywood Reporter during Wednesday night’s preview event.

“Many argue that there’s a war on individuality, so I just wanted to bring us all in a room to discuss the complexities of humanity,” says Monae, clad in a very individual-looking futuristic leather Kaimin romper, Dead Lotus Couture headpiece and white Via Spiga boots. “Also what does it mean to be in such a nascent stage psychologically versus technology advancing at such an exponential rate? I don’t have all the answers, but I want people to come into this room and really ask themselves questions and each other questions.” 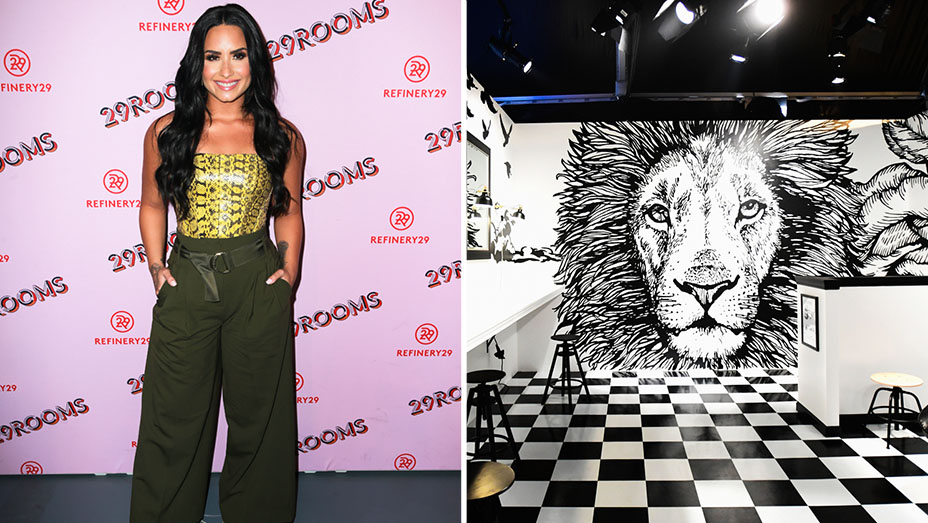 Robbie and Lovato were also on the scene to present their installations. Lovato’s “Power Parlor” allows guests to get temporary ink inspired by the singer’s own empowering tattoos, while Robbie’s “Trophy Room” is inspired by her recent turn as Tonya Harding in Oscar contender I, Tonya and decorated with, you guessed it, trophies that feature engraved gold plates with the skater’s bold messages such as “Prove Them All Wrong” and “I’m a Big Story on My Own.” 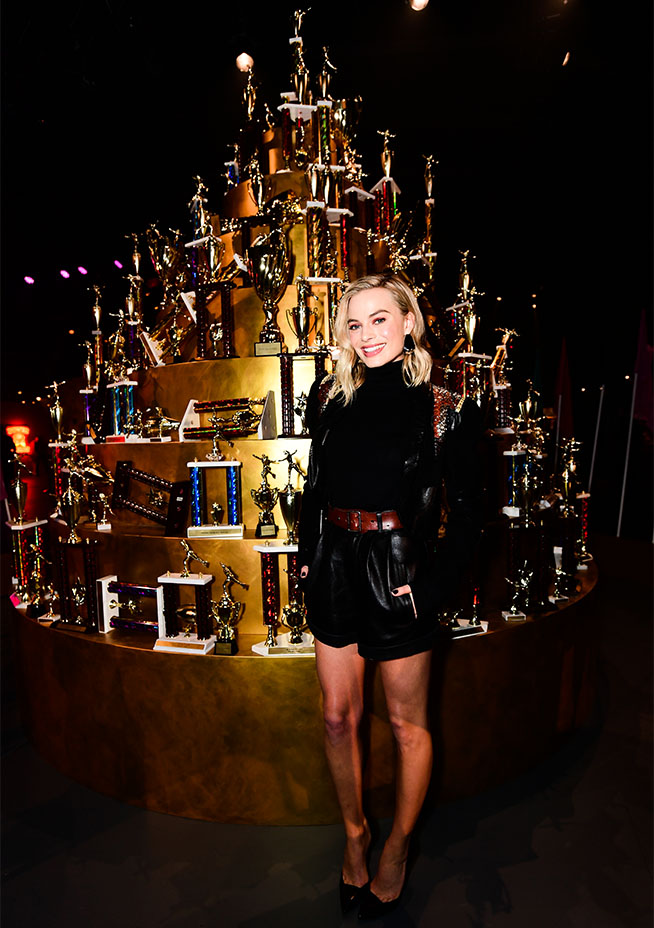 Soloway’s “Gender Neutral” room welcomes visitors to enter each bathroom stall and “listen to those who’ve embarked on their own journey across the spectrum of gender,” according to the space’s description. After creating the “Tales We Tell” room in New York in September, Roberts returns with Belletrist Books co-founder Karah Preiss to bring an oversized typewriter revealing a Joan Didion quote that reads, “We tell ourselves stories in order to live.” 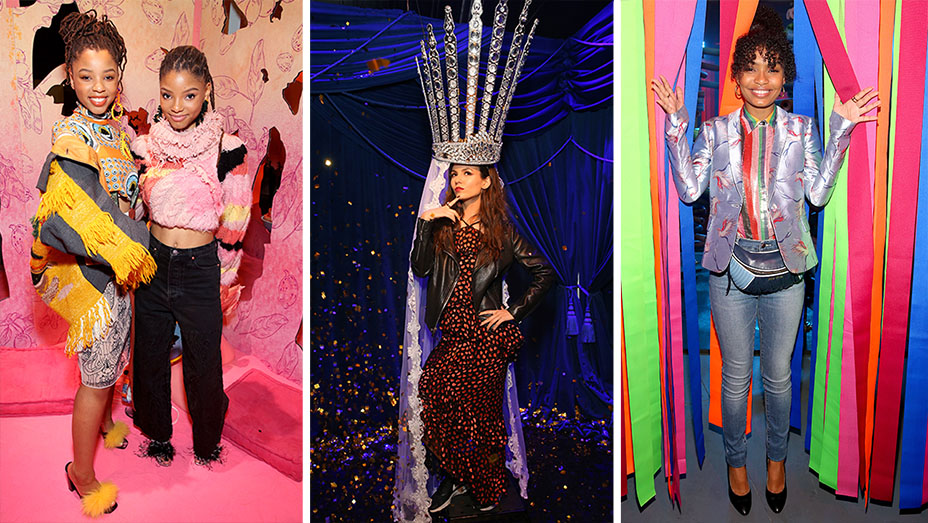 “We think it’s an interesting cultural space with the convergence of Hollywood, tech, art and music,” Refinery29 co-founder and executive creative director Piera Gelardi tells THR of bringing the spectacle to L.A. for the first time after hosting it in New York for the past two years. “People feel so joyful going through it, and they come out feeling like dreaming bigger.”

29Rooms is already sold out, but you can still join the fun with its new line of limited-edition merch available here. 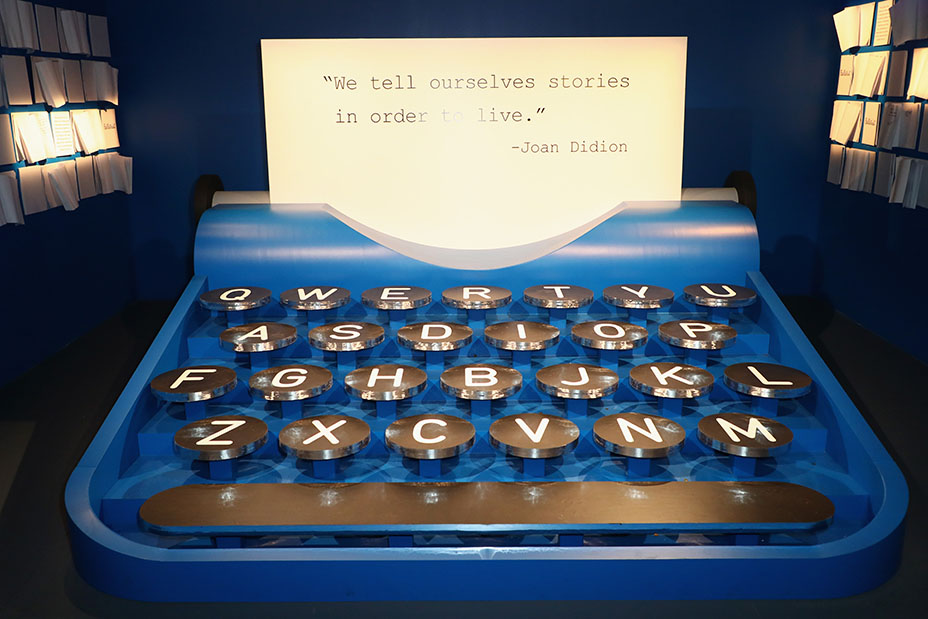