“Designing the room brought me back to being a kid, when your room is your sacred space and where your creativity starts, with what you choose to put on your walls, on your shelves and on display,” says Roberts, who with Karah Preiss will bring to life their online Belletrist book club, complete with oversized typewriter spouting Joan Didion quotes and a Re-Book-It box for attendees to donate books. 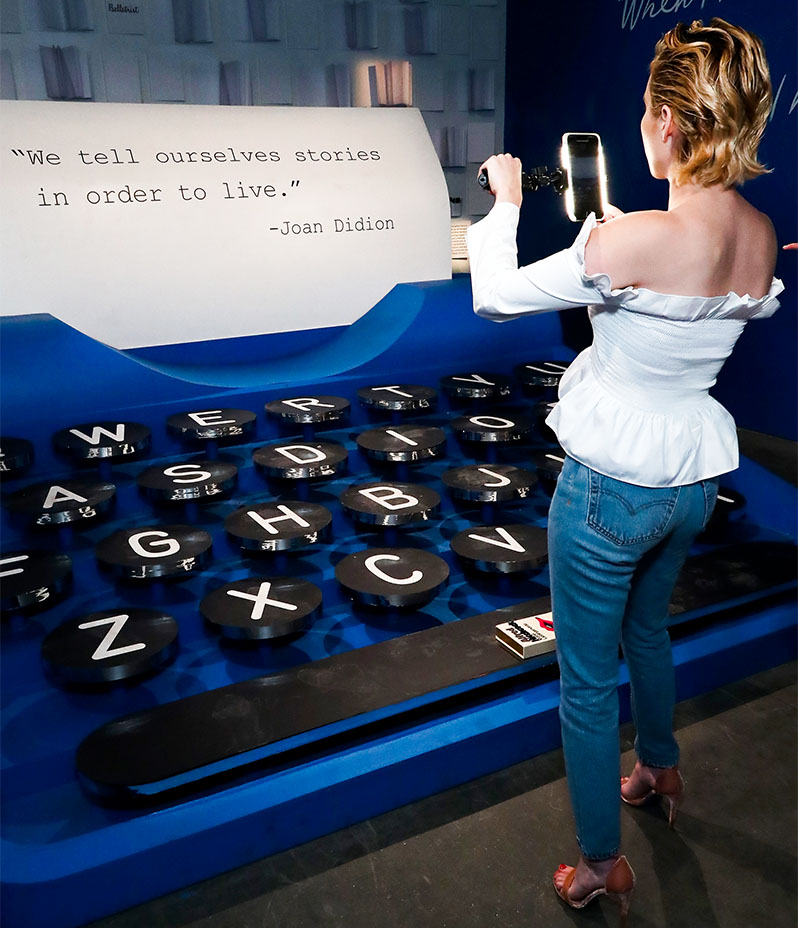 Robbie’s “Trophy Room” taps into her role in I, Tonya, with gold statuettes and flags emblazoned with the skater’s defiant phrases, while Soloway’s “Gender Neutral” installation explores one of the most politically loaded spaces, the high school bathroom.

Lovato’s “Power Parlor” offers guests air-brushed replicas of some of the outspoken pop singer’s most empowering tattoos, and Monae’s “What’s Your Frequency” room is a commentary on mass surveillance, with mannequins with TVs for heads, surrounded by walls of security cameras. Other collaborators include Lilly Singh, Chloe x Halle, Sasheer Zamata, Cleo Wade, Planned Parenthood, the Women’s March, Adidas, Toyota, Netflix’s The Crown and more. 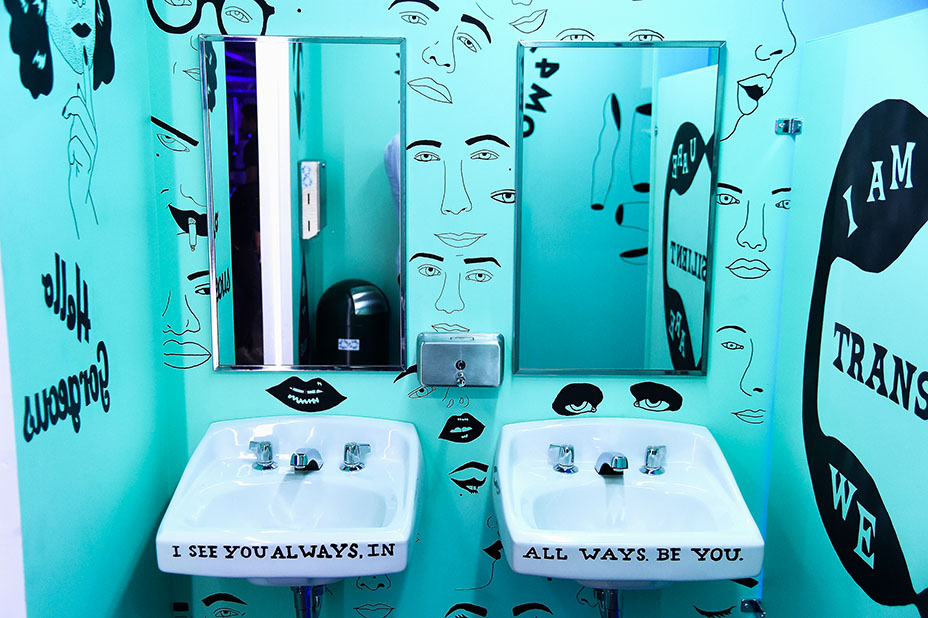 New York-based lifestyle website Refinery29 launched 29Rooms in 2015 to celebrate its 10th anniversary during New York Fashion Week. “We took a time known for exclusivity and created an inclusive experience that brought to life all the cultural topics relevant to our audience,” says Gelardi, noting that when they opened the doors of the Greenpoint warehouse space to a line of people around the block, they knew they had touched a nerve. “We love giving voice and space to creators who have interesting stories to tell…we have everyone from poets, to electronic musicians to pop stars and visual artists bringing their ideas to life.”

Bringing it to L.A., where Refinery29 also has an office, was a no-brainer. “We think it’s an interesting cultural space with the convergence of Hollywood, tech, art and music,” she says, adding that the reaction has been overwhelmingly positive, with general admission tickets already sold out. “People feel so joyful going through it, and they come out feeling like dreaming bigger.”

Refinery29 will also be expanding the franchise with the launch of a new capsule collection of signature merchandise so people can own a piece of the 29Rooms experience. Now available for purchase online at shop.29rooms.com, the limited-edition line will also be available via a pop-up store at the L.A. exhibition. The collection will include 29Rooms and R29 tees, stickers, beanies and more, with a portion of sales going to Step Up.