Real estate TV shows like Bravo’s Million Dollar Listing, now in its 11th season, adhere to a simple formula: Episodes are heavy on aspiration — a wide-eyed look at how the one percent buy and sell homes — and light on verisimilitude. But when Aaron Kirman’s show debuts on CNBC in May, he’ll trade some of that aspiration for hard realities. “We’ll be having real conversations about why certain homes aren’t selling, whether it’s price, location, design or architecture,” says Kirman, a Compass broker whose clients include Rihanna, Jeremy Piven and Orlando Bloom. When asked why his new show, Listing Impossible, deviates from the feel-good norm, Kirman says: “We’re in a funky moment.”

Why Idyllwild, a Town With a Dog as Mayor, Is Drawing Hollywood Home Buyers

Funky is one way of putting it. After seven years of jaw-dropping growth, L.A.’s real estate market — including its luxury sector — has officially slowed, and not even the slickest broker or TV producer can spin that fact.

Sales across Southern California plunged in January by 17 percent compared to 2018, according to real estate data firm CoreLogic, while median prices rose, albeit at a much slower pace than in previous months. In the top 10 percent of the market, the number of sales in the fourth quarter of 2018 was down 7 percent from 2017, according to Douglas Elliman. It took 30 percent longer at the end of 2018 to sell a home compared to the same period the prior year — and 50 percent longer than the previous quarter. “We’re in the thick of it,” says Jonathan Miller, president and CEO of the appraisal and consulting firm Miller Samuel, which partners with Douglas Elliman on a quarterly market report.

No one is panicking or predicting a 2008-style crisis. But this real estate “cycle” is likely ending amid a mix of contributing variables: political instability, stock market volatility, rising interest rates, a new tax code. So the experts — brokers, land use attorneys and developers — are offering clients a few proverbial ports in this storm.

GET COMFORTABLE WITH LESS ‘ASPIRATIONAL’ PRICING …

Earlier in March, Alex Rodriguez cut the price of his four-bedroom, four-bathroom, 3,700-square-foot home on Rising Glen Road in the Bird Streets by $1.25 million, knocking 20 percent off the previous price. Mel Gibson followed suit, cutting his five-bedroom Malibu home to $15 million, down from its original $17.5 million listing. In L.A. County, 16.5 percent of active listings in January had at least one price cut, up from 10 percent a year earlier, according to Zillow. “I tell my sellers, ‘Don’t have a number in your head. Don’t have expectations. Let the market dictate this,’ ” says Kirman. “But getting people there is the challenge and sometimes we just don’t get there.” 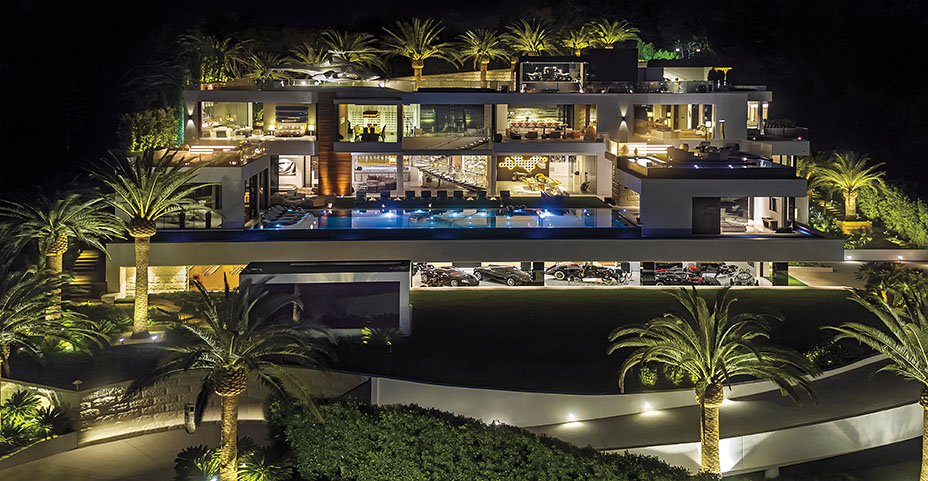 Take 924 Bel Air Road, which was developed by Bruce Makowsky and listed in January 2017 for a record $250 million. It now sits empty with a price tag of $150 million. Same for Nile Niami’s Opus property, listed for $100 million in 2017 — now, after several price reductions, it’s at $68 million. But the biggest price chop recently hit the 157-acre plot of land in Beverly Hills known as “the Mountain.” The parcel came to market in October with a record $1 billion price tag and already has been reduced by a third.

Prices typically lag other market indicators by six to 12 months, Miller explains, which is how long it may take to get a sense of where pricing will settle. “Aspirational pricing is still happening and it’s part of the irrationality as a whole that we’ve experienced,” he says. “People previously really had no shame about overpricing their home.” 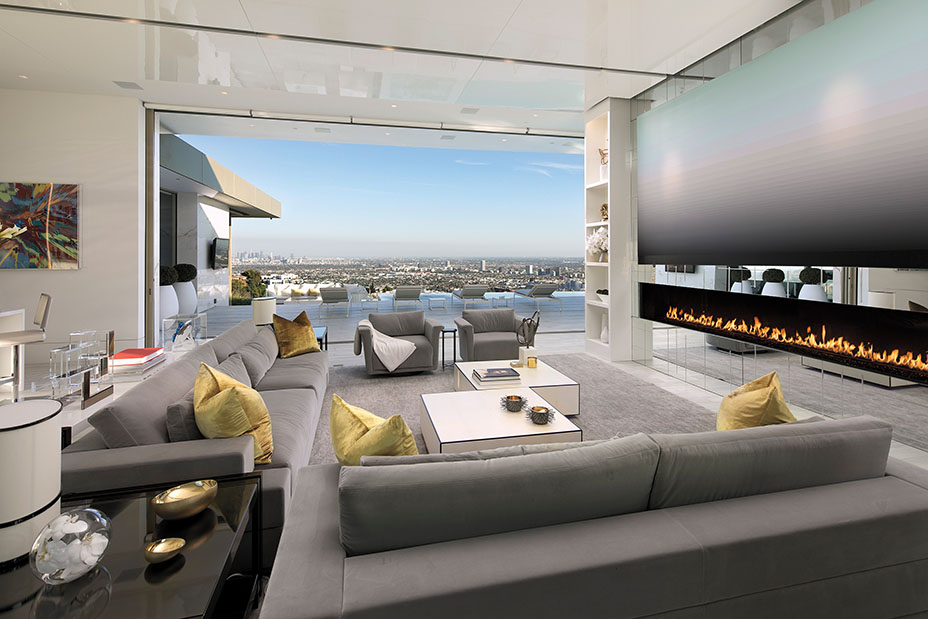 In February, Jennifer Garner moved into an 11,000-square-foot home on Spoleto Drive in Pacific Palisades that she’ll rent while her Brentwood pad reportedly is being renovated. The $13.9 million property was purchased as an investment a few months earlier but the buyers quickly spread word that it was up for rent — and Garner’s tenancy is an expedient marketing ploy.

“It’s not a bad time to be renting your house and if you can get someone famous, sometimes you can bring some sheen to a home. ‘Well, if it’s good enough for Lady Gaga or George Clooney, then that must be a great house’ — or so the logic goes,” says The Agency’s Billy Rose. “Sometimes that can be a good media hook to help rise above the noise and clutter.” 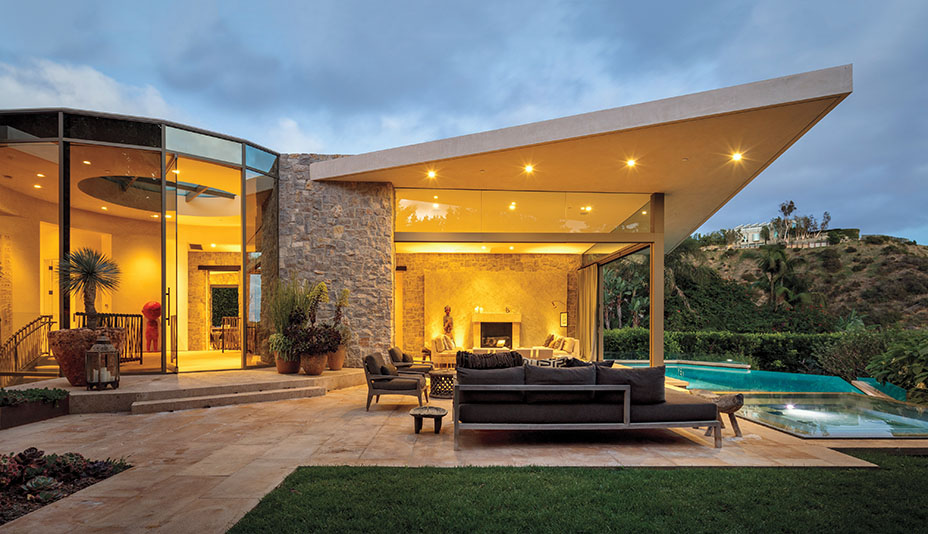 Renting to the stars is just one of several gimmicks that brokers and developers are rolling out — Niami has hosted parties at his empty mansions, including an Oscars-related event, to get them seen by the right crowd. Other sellers are turning to real estate-specific marketing firms like the Society Group and Wicked+ to produce a range of sponsored events — from pop-up yoga classes and sound baths to conversational meals — that cater to wealthy transplants from San Francisco and New York who may be looking for a home.

GET TIME ON YOUR SIDE. 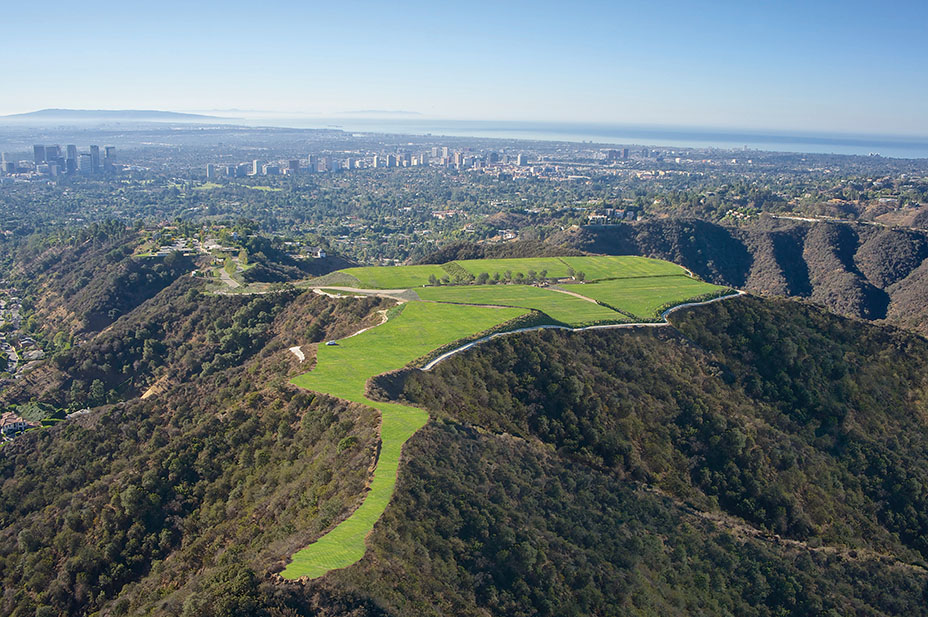 Despite a dimming economic outlook, wealth creation is expected to remain steady for the next five years, according to a recent report by international real estate firm Knight Frank. The group of ultrawealthy individuals worldwide (those with a net worth of at least $30 million) is forecast to rise 22 percent over the next five years, an increase of about 43,000 people. And L.A. is listed as one of six “ultra-prime” markets by Knight Frank — second on its city wealth index, behind only New York City. San Francisco is already girding itself for a string of massive public stock offerings over the next two years by some of the biggest tech firms, among them Lyft, Pinterest, Uber and Airbnb. Most economists predict those IPOs will have a spillover effect on Southern California as well.

All of which means that L.A. is well positioned to weather a downturn. Two developers who asked not to be named said they are buying properties that have their entitlements — but are holding off on developing them in an effort to wait for construction costs, currently at an all-time high, to fall.

The Agency’s Rose advises clients to find homes in which they can add equity over time — whether that means adding square footage, renovating a kitchen or updating a bathroom. But he suggests thinking long and hard before tackling large-scale projects like ground-up rebuilds. “Don’t necessarily tear that house down quite yet, because it might be worth sitting and waiting till we have a clearer idea when we are heading into the next upward cycle.”

This story first appeared in the March 27 issue of The Hollywood Reporter magazine. To receive the magazine, click here to subscribe.