The point was more political than sartorial at this year’s Golden Globes but that didn’t stop stars from punctuating their ensembles with strong accessories to create some serious fashion moments. 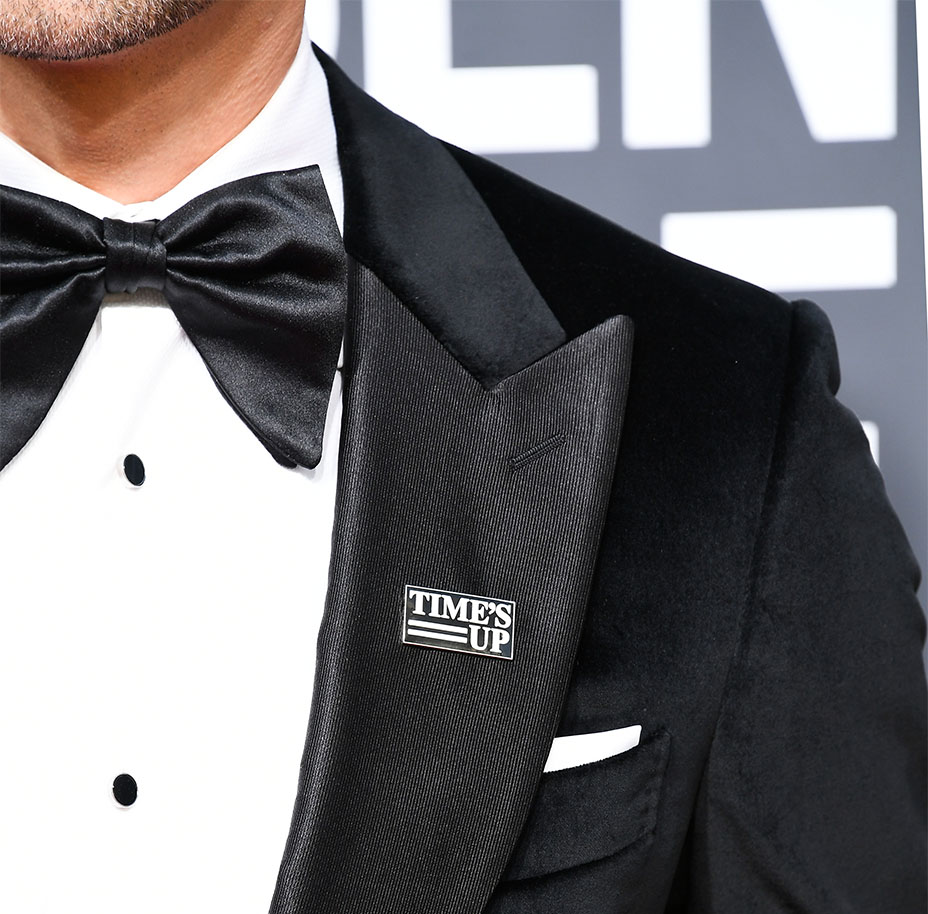 The Time’s Up pin was the accessory of the evening (and perhaps the year) with almost every actor and actress wearing it fastened to their lapel or to the waist or sleeve of a gown to draw attention to the sexual harassment prevention initiative launched in Hollywood last week. The pin was designed by costume designer Arianne Phillips and jeweler Michael Schmidt. 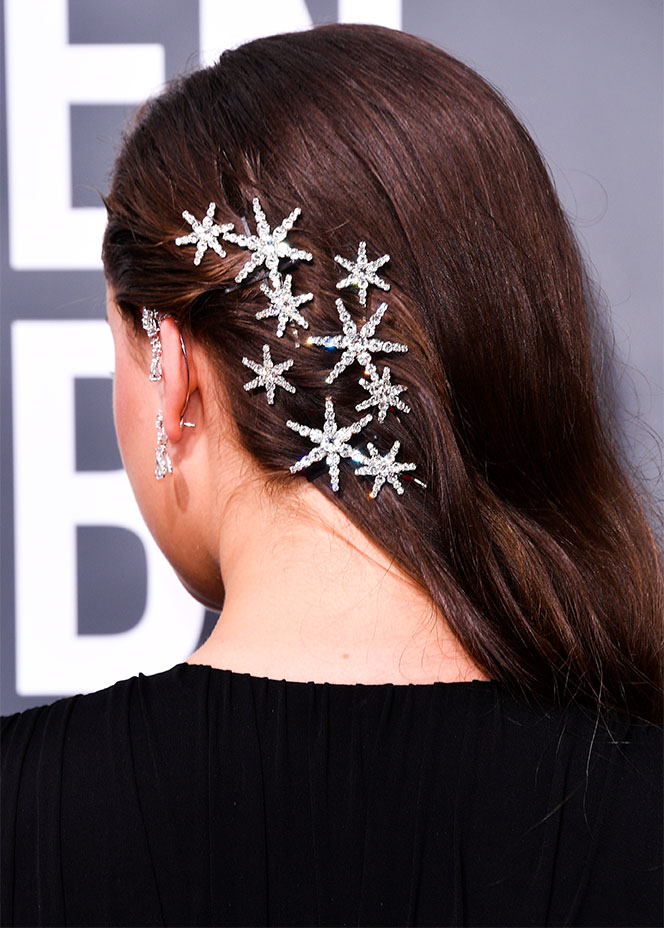 More blingy was the tiny galaxy of star-shaped Jennifer Behr hairpins affixed to the back of 13 Reasons Why actress Katherine Langford’s hair. The hint of sparkle was only visible from the back, but added an unexpected detail to her overall look. 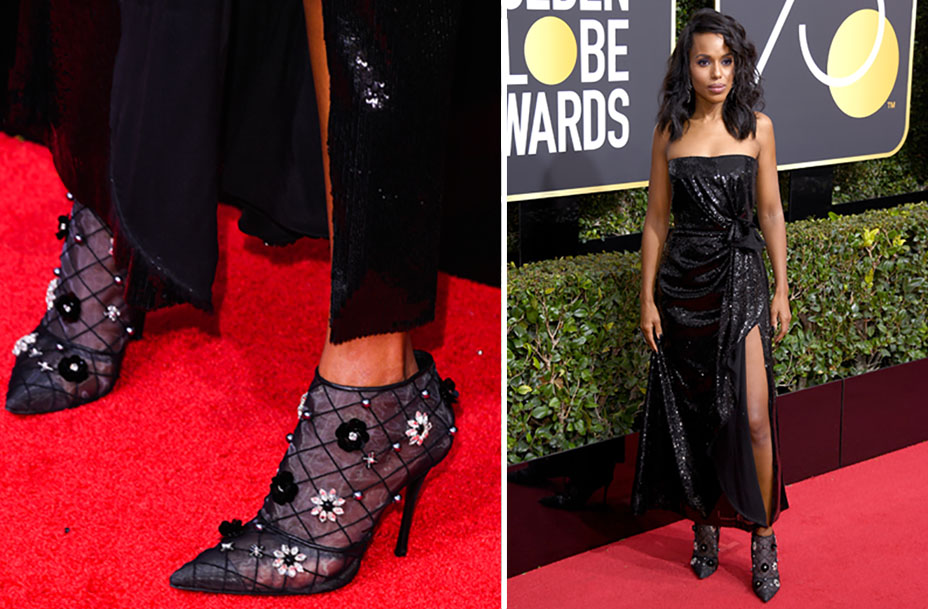 Scandal star Kerry Washington also made a statement with accessories in the way of her Roger Vivier Flower Net booties that peeked out perfectly from the slit of her strapless Prabal Gurung gown. It was a refreshing departure from the usual ankle-strap stiletto or platform we typically see paired with a red-carpet gown and a creative way to wear all-black. 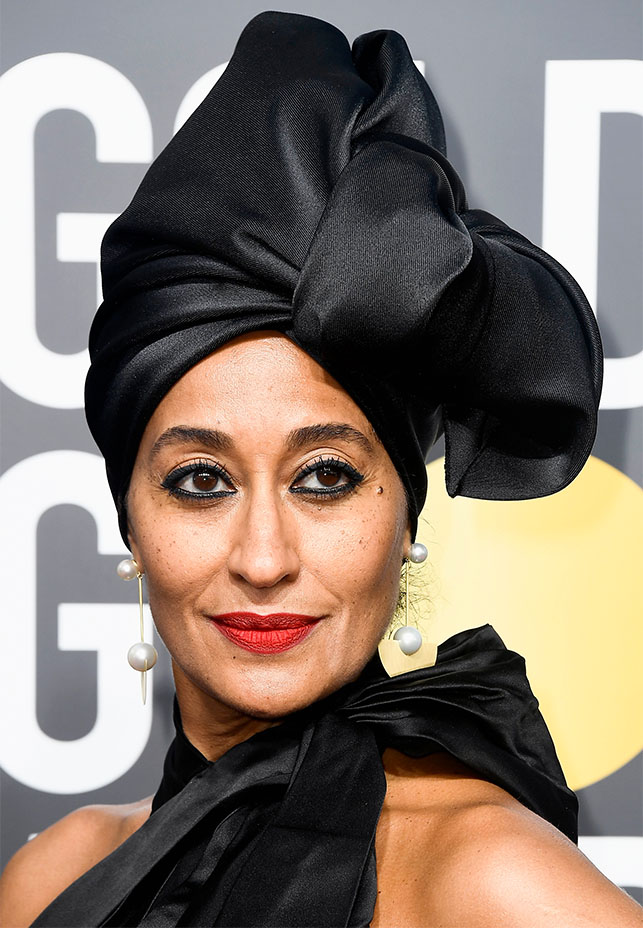 Topping off her Golden Globes look with the most style was Tracee Ellis Ross who wore a Stephen Jones for Marc Jacobs turban that was shown on the designer’s Spring 2018 runway. It’s further proof that the Blackish star takes a fashion risk every chance she gets and thus far her choices have been nothing short of amazing. 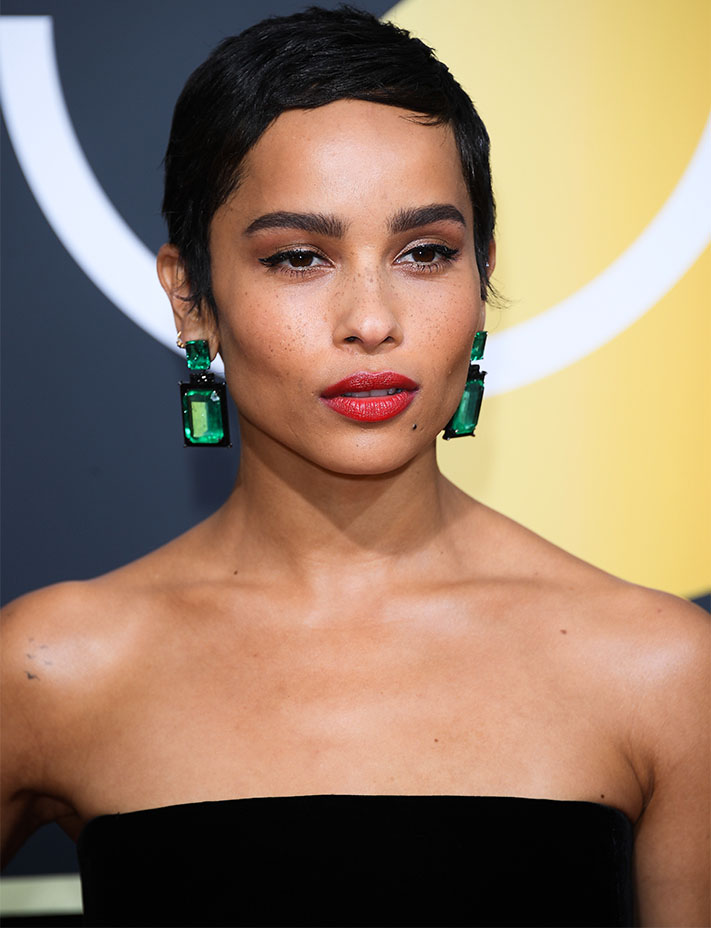 And finally, Zoe Kravitz’s emerald earrings by jeweler Lorraine Schwartz were the equivalent of a mic drop when it comes to the best jewelry of the night. Arguably they would have stood out whether or not everyone was wearing black, but proved that a simple and chic dress worn with the perfect jewelry is a timeless and winning combo.