Sonic Youth frontwoman and ‘90s style icon Kim Gordon has joined forces with & Other Stories on a collection launching Thursday. The capsule includes T-shirts, hoodies and scarves with an arty street vibe, featuring such politically and emotionally charged pronouns and words as “She,” “Her,” “The Other” and “The End.” 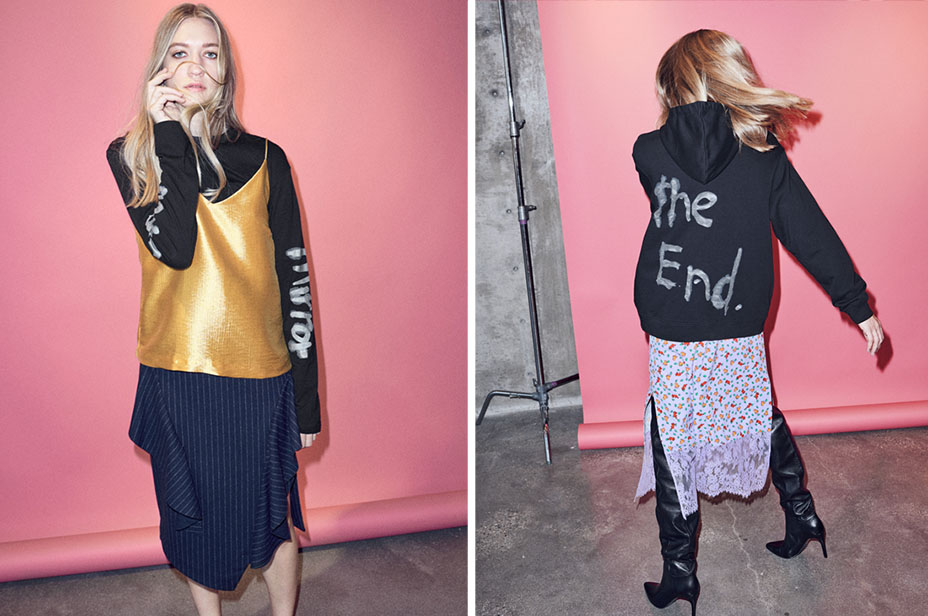 Gordon, whose memoir Girl in a Band was published in 2015, is a regular even today at New York and Los Angeles parties and events for pals Marc Jacobs, Kate and Laura Mulleavy and others. She started proto-grunge band Sonic Youth in 1981, and her official fashion pedigree began in 1993, when she launched X-Girl, a short-lived clothing brand with outsized influence that was an offshoot of the Beastie Boys’ X-Large clothing line.

Justin Timberlake and Levi's Get 'Fresh' With New Collab

X-Girl helped introduce DIY indie rock, skater-girl style to the fashion world when Gordon and co-founder Daisy von Furth staged a guerilla runway presentation on the sidewalk outside the Marc Jacobs fashion show on Lafayette Street in New York City on April 7, 1994. Emerging It girl Chloe Sevigny closed the show as the bride, and Sofia Coppola and Spike Jonze helped with the staging, representing a new generation of Hollywood style influencers. 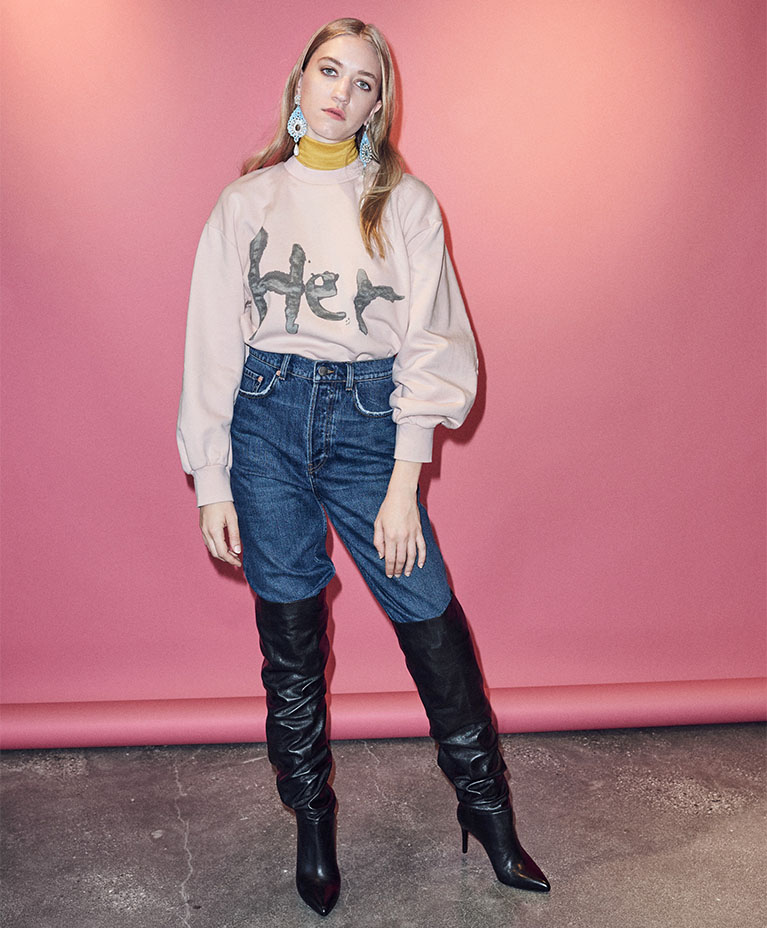 The Hollywood Reporter recently sat down with Gordon, who is based in L.A. now, where she is still making music and also fine art, to chat about grunge, fashion and her latest collection, which will be sold online and at eight & Other Stories stores worldwide, including the one at Americana at Brand.

What do you think of being a fashion icon?

Gee, I dunno. Was it the T-shirts I wore onstage?

Your sidewalk fashion show for X-Girl was such a moment in ‘90s style history; I was reading about it recently in Maureen Callahan’s book Champagne Supernovas, which it was announced this week is being developed into a TV series.

I’m surprised more people haven’t done that. We did that, and we also did an X-Girl film that was kind of faux Godardian and so funny. We sent that to editors one season because we didn’t have a presentation. 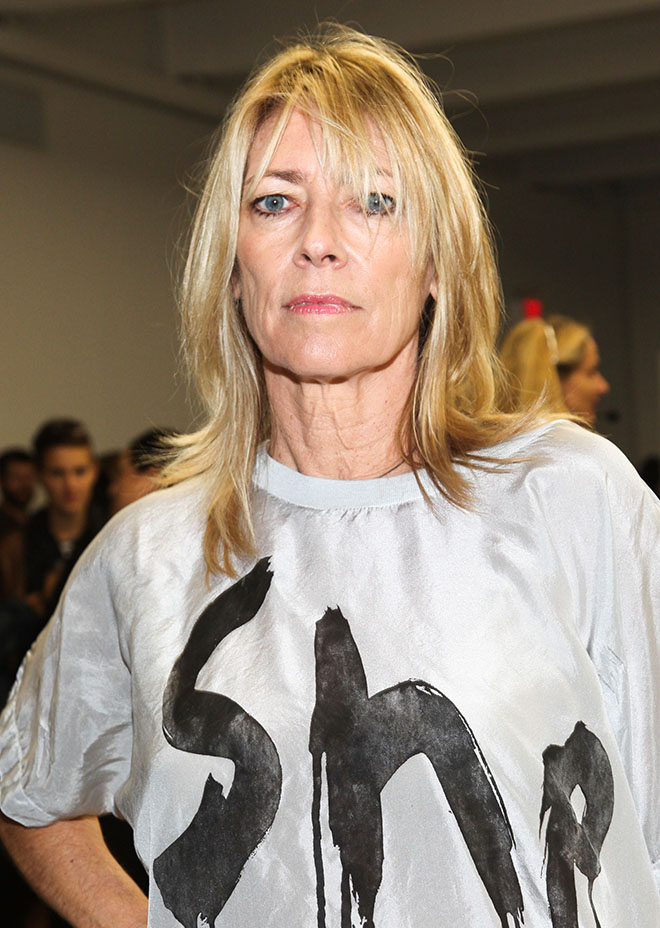 Did you think X-Girl was going to be a big success?

No, it was a lark. We didn’t think we were going to be designers; we were friends with the X-Large guys and my friend Daisy von Firth was working at their store near Tompkins Square Park. They would overhear us talking about finding boot-cut ‘70s cords at thrift stores and the perfect T-shirts, so they asked us if we wanted to do a girls line. We just kinda fell into it. It was very frustrating, actually. Those guys were always doing things on the cheap and for girls clothes, it’s all about fit. It’s nice to know even people like Marc Jacobs have the same issues with fashion. I remember being with him at a Louis Vuitton store and him looking at the lining in something.

You made a Sonic Youth video in Marc Jacobs’ studio in 1992, right?

Yes, this English video director Nick Egan was friends with Marc. It was for “Sugar Kane.” It was the same year Marc did the grunge line for Perry Ellis.

His grunge collection was actually really historic and great.

It was. We were all weirded out by it because of the use of the word “grunge,” which is a made-up word anyway, by this secretary who worked at Sub Pop Records. But his use of streetwear on the runway, no one has looked back since then. 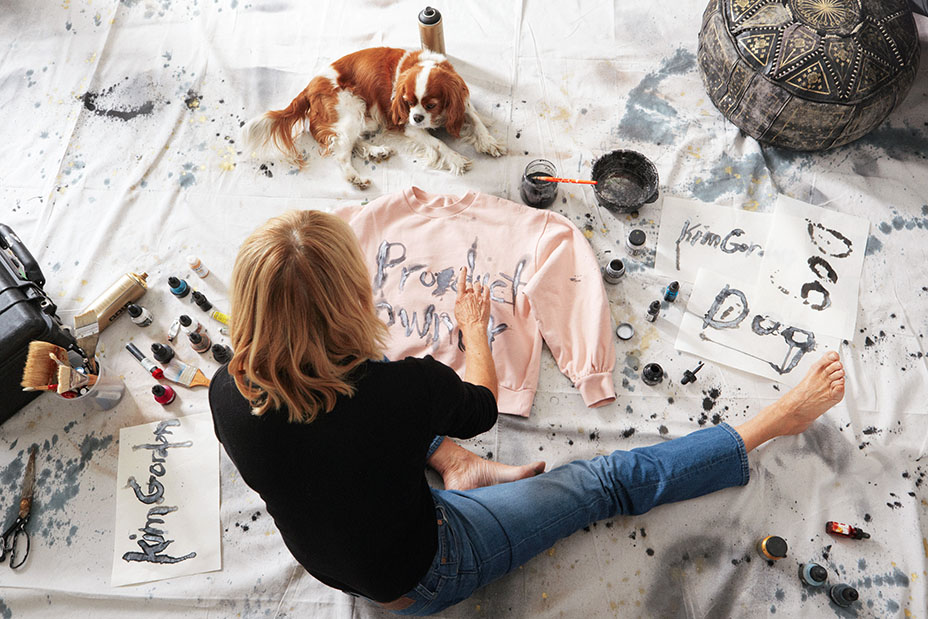 Why collaborate with & Other Stories now?

Well, they asked me! I like the store, Coco and I have shopped there.

Tell me about the artwork and words you chose to use in the collection.

I did a series of paintings using names of noise bands because I liked idea of taking something obscure and putting it onto a canvas in a commercial context. I saw the canvas like a T-shirt. I’d also done some abstract paintings on rice paper, loaded them up with paint so they wrinkle and drip, and another series using one word of a song lyric on each page. Someone at & Other Stories saw [my work] and liked it. I only realized yesterday that some people might think “Her” is a reference to Hillary Clinton! It wasn’t meant to be. I was trying to think of other words that went with Other Stories. The phrase “Morning Mirror” comes from a friend who says she doesn’t like to look at herself for an hour after she wakes up.

Do you have a studio?

I do, not that far from my house in Los Feliz. 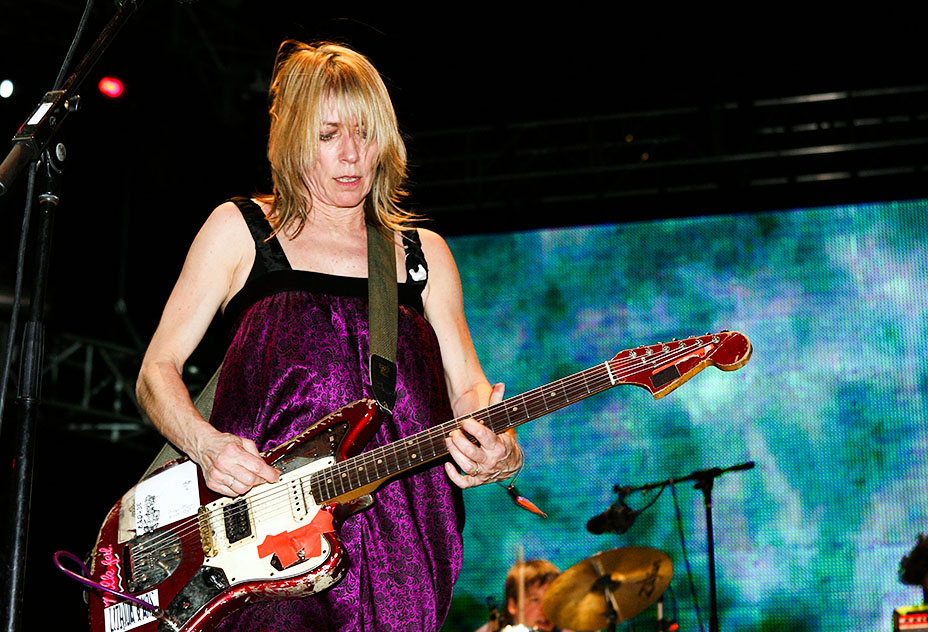 Has your daughter Coco been interested in your style?

She’s certainly gotten a lot of my clothes. But her style has always been more clean and minimal and I think better.

What has she taken from your closet?

She found old band T-shirts, like Mudhoney, that were falling apart. When you’re young and you’re beautiful, you can wear anything! And she wore a lot of the X-Girl clothes in high school, like these high-waist, ill-fitting nerdy jeans that she actually made work. She just goes in the thrift store and finds stuff.

What do you think of the fashion industry today? It’s gotten so massive.

I have a love-hate, I think a lot of people do. I do really like clothes, I can’t say I don’t and I’m probably more of a consumer than I should be. It’s infinitely fascinating the marketing of clothes to women, and how men now have become consumers because they don’t know what else to do. The male identity has shifted. Fashion is really the engine of capitalism. 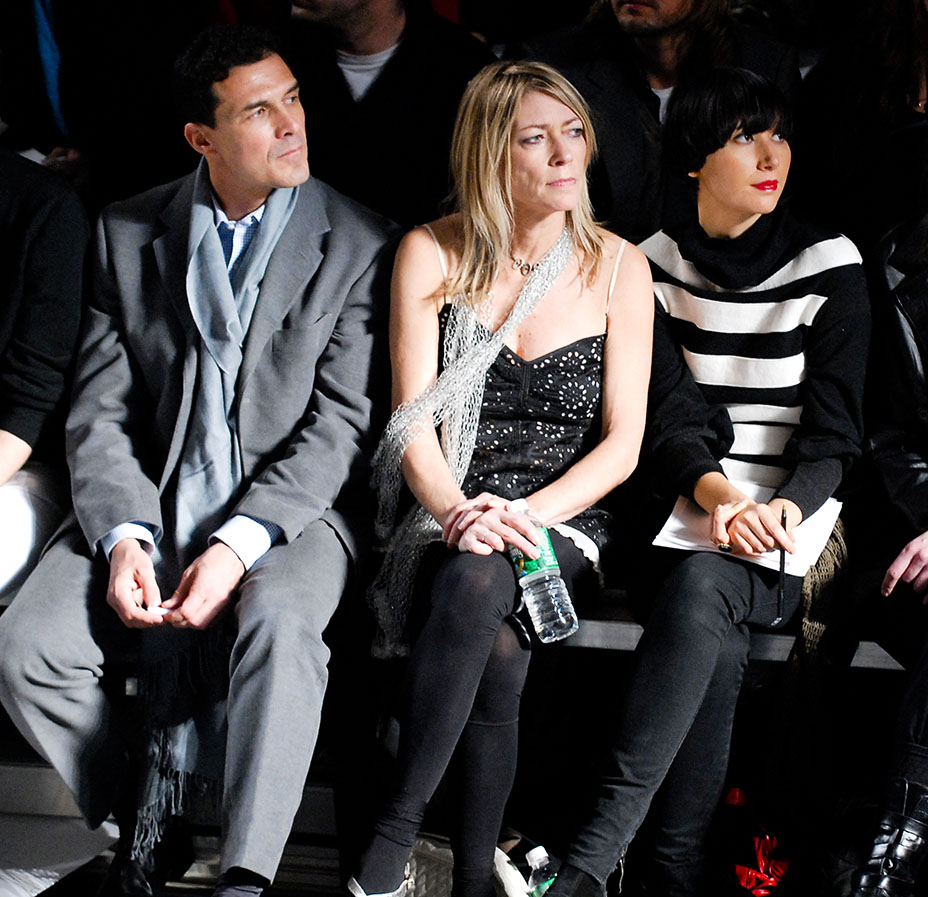 What else are you working on now?

We just started recording another record, and I’m working on some art. I had a show in Dijon, France, this summer, and I’m going to have a show in L.A. next March at Reena Spauling’s gallery.

Are you going to New York Fashion Week?

No, Fashion Week is so heavy. I’m going to the East Coast to record more and I’m doing this thing at the Hirshhorn [Museum and Sculpture Garden in Washington, D.C.] honoring Yoko Ono, where they are asking different performers to interpret her instructional works.