What does it take to get the fashion crowd to rediscover an L.A. landmark like Yamashiro restaurant in Hollywood, site of the officers’ club in the Marlon Brando 1957 classic Sayonara, as well and a filming location for 2016’s Nocturnal Animals and numerous others? A runway show, of course.

On Monday night, designers and New York transplants Brian Wolk and Claude Morais, with an assist from stylist Elizabeth Stewart, showed their fifth runway collection in L.A., underneath the ornate woodwork at the legendary Japanese spot. 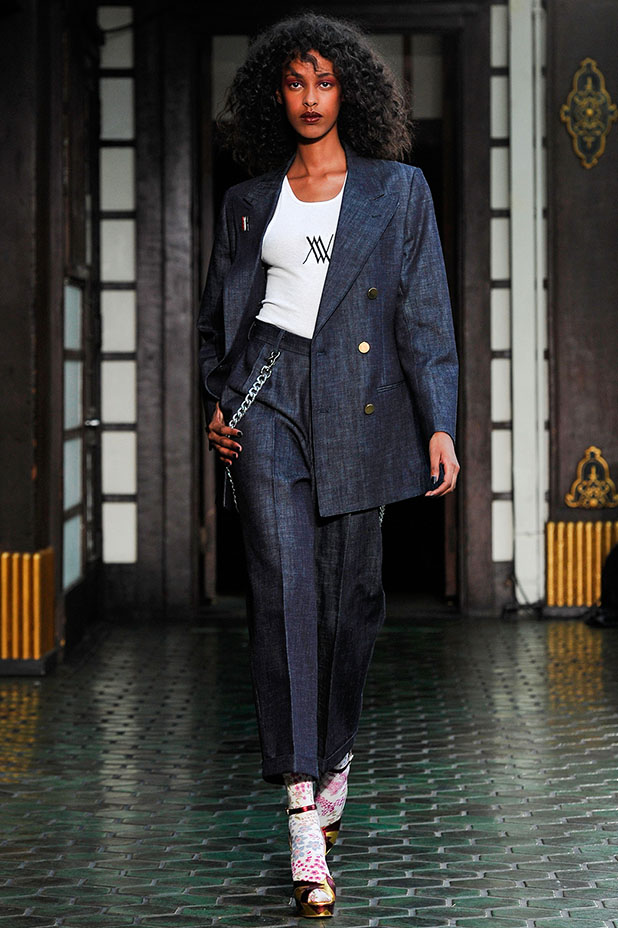 The setting was a fitting backdrop for the Hollywood-inspired Wolk Morais men’s and women’s collection, the designer duo’s best to date, which this season was inspired by gender archetypes and antitypes, from Marlene Dietrich to John Travolta, and featured 1940s-inspired, vividly colored suits with oversized jackets and cropped, cuffed trousers worn with chain suspenders; tromp l’oeil coveralls; and high-waist pencil skirts, mixed in with custom marabou-trimmed dressing gowns by L.A.’s boudoir specialist Catherine D’Lish.

“We couldn’t imagine a more cinematic backdrop for our collection and our cast of L.A. models, and everything is made here in Los Angeles,” said Wolk, noting that the suits for both men and women were made by a men’s tailor. “We threw away all the conventions. All the suits button the same way, like classic men’s suits, for girls and boys. We wanted to throw all that away.” The designers collaborated with Terry de Havilland on shoes and Marianna Harutunian on jewelry.

Backstage with @wolkmorais designers at @YamashiroLA for their latest Hollywood inspired runway collection.

The show drew boldface guests including Joanne Froggatt, Skylar Grey, Perrey Reeves and Natasha Bassett. Response to the looks, some of which were fastened with a Teen Cancer American awareness pin created by the designers, was enthusiastic, particularly the orange suit. 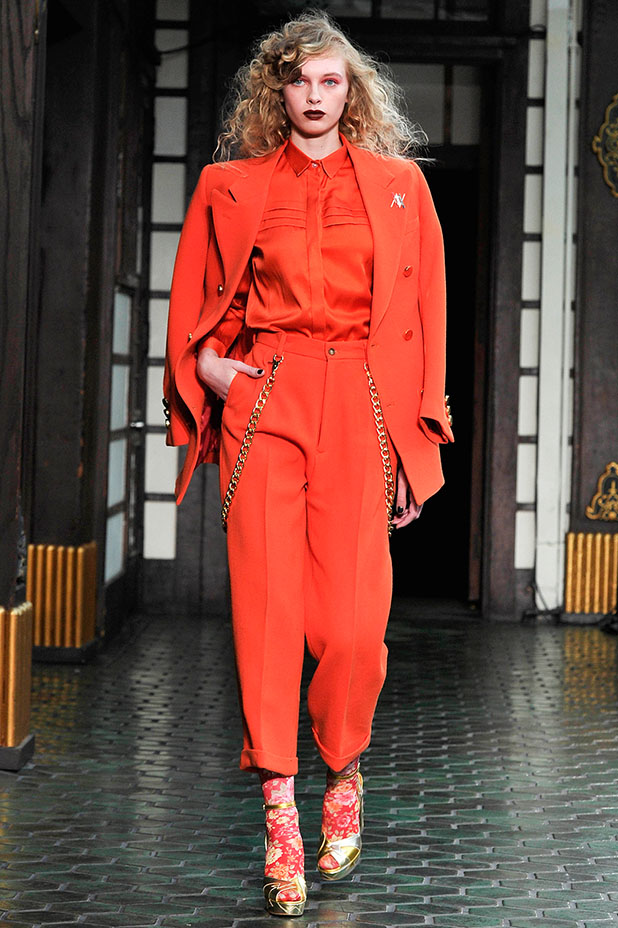 “It reminds me of when I was younger and all the girls used to buy men’s suits and have them tailored to fit,” said nightlife impresario Bryan Rabin, who had his eye on one of the men’s looks. It isn’t difficult to imagine a pop star like Lorde or Halsey scooping up looks from the collection, too. 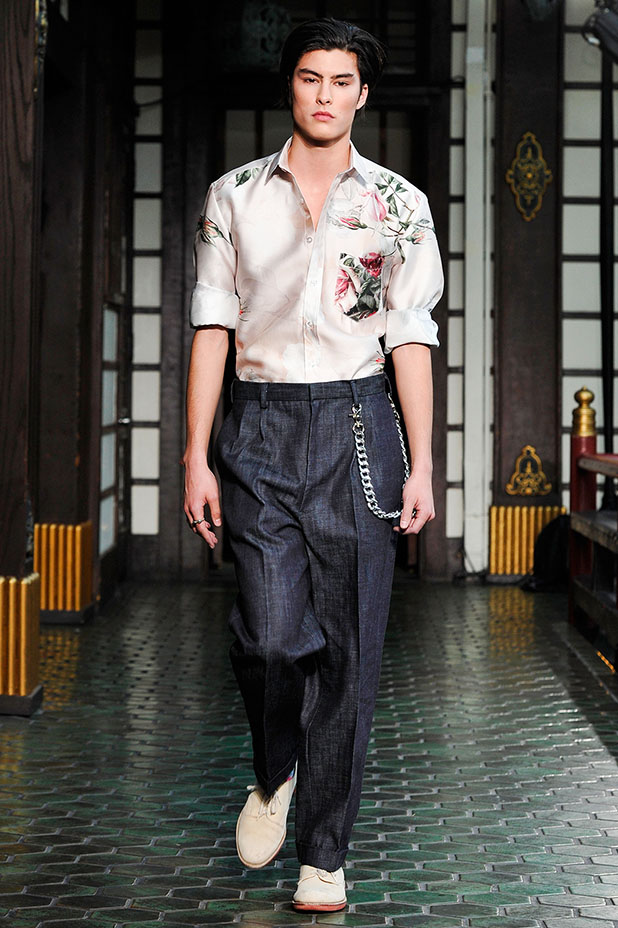 Wolk Morais sell through their own studio and website, and show apart from the fashion calendar. “We show when we can … and all our clothes are seasonless,” said Morais. Added Wolk, ”We want to build our house in a classic L.A. couture tradition.” 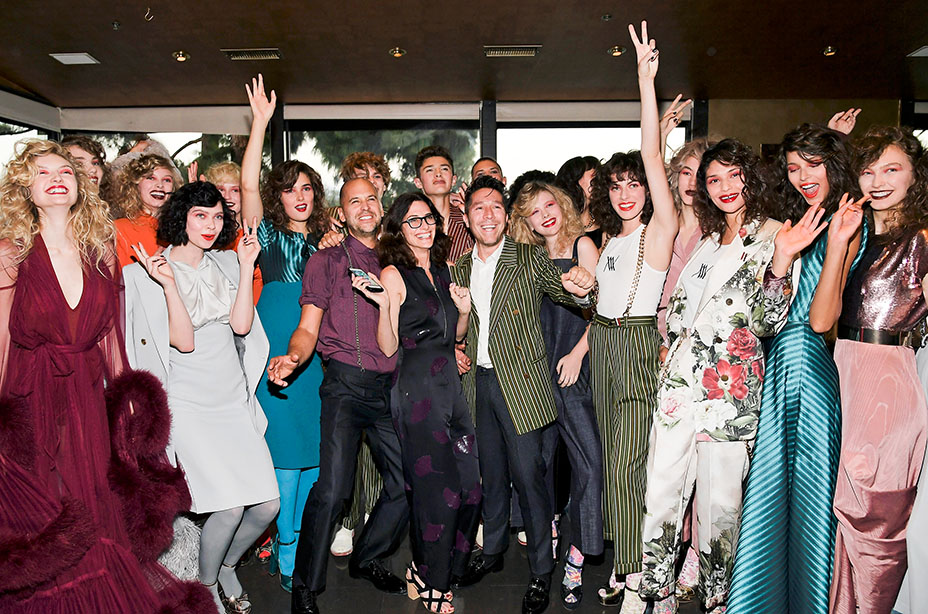