“Age is a strange thing. You kind of go to bed at 30 and then you wake up and you’re 70,” Sheila Nevins pondered at the “Beat The Clock” panel Saturday at New York’s Women in the World Summit.

“It’s like overnight it happens and the signs of it seem to be more apparent to those on the outside than what goes on inside your head,” said Nevins, executive producer and former president of HBO Documentary Films and author of You Don’t Look Your Age and Other Fairy Tales. “And when I’m thinking what’s next, I feel I’m 35.”

Founded by author and editor Tina Brown in 2010, the ninth annual WITWSummit wrapped up Saturday at Manhattan’s Lincoln Center after a full slate of programing over three days. 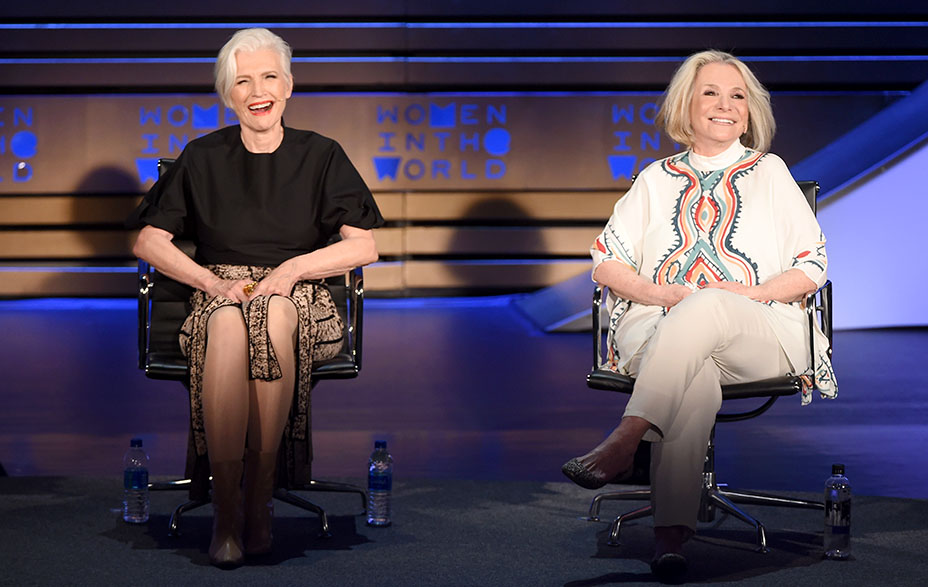 “The image of aging is based on disability,” Nevins continued. “The woman on the floor who can’t get up, and maybe [there’s] a cream to help them. Well, I don’t know about that.”

Moderator CBS 60 Minutes correspondent Lesley Stahl lingered on the point, reminding panelist Michaela Angels Davis, activist and writer, that she once wrote that unless ads on TV or in magazines were about menopause or erectile dysfunction, they rarely feature older women.

Davis, who identifies as not an “old” but a “grown-ass woman,” agreed that was still true, even though, she said, “I’ve been waiting to be a grown-ass woman all my life. I don’t measure my life in time. I measure it in experience.” Yet images in the media say otherwise, she noted.

“That’s why I say grown-ass woman,” Davis said, “because I have never felt so prepared and ready to be in this moment.”

“I wasn’t old at 50 and I’m going to be 70 next week, so I don’t know when I’ll be old,” she said. “CoverGirl decided they wanted to represent women my age or of any age. It was a big surprise and it opens up the door for women 70 and older. The women commenting on my social media are thanking me for representing them.”

It’s no wonder then, as Markus Strobel, president Global Skin and Personal Care at Proctor & Gamble and the lone male on the panel, said that 77 percent of women feel they are unfairly judged by their age. He also played a clip from an Olay “Live Ageless” campaign that shows women whose faces fall when they were told they looked good for their age.

“‘For your age’ is kind of a backhanded compliment. You say somebody looks good and then you qualify it,” he said. “And it’s usually said to a woman. I’ve never heard it said to a man.”

Changing the perception of older women “is not just who ends up on the magazine covers but who are the decision makers, who’s saying ‘I think that’s what women think,'” Davis said, adding that they are mostly white men. “When are we empowered in that board room to say, ‘That is wack’?”

Terry Crews Calls Out "Cult" of Masculinity in Discussion About #MeToo, Consent

There’s a superficial aspect to aging, and Nevins admitted she’s a sucker for that, “and that’s why I’ve had facelifts and I force myself to get injections, because I am a phony person trying to masquerade as something I am really biologically not. I’m terrified of aging, though after this panel I might sink into it,” she joked.

But seriously, Nevins said she would like to make a contribution as an example of an older woman moving through life “in wellness.”

“I can’t run as fast as I could, but I can run smarter. And I can think clearer,” she said. “I think you can present women in the media as thinking, walking, breathing and alive. Because ‘alive’ at a certain age is a great gift. It’s a fuckin‘ gift to be alive in your 70s.”