Fans of The Mary Tyler Moore Show and its spinoff, Rhoda, likely have been conjuring memories of the quirky, stylish character played by Valerie Harper, who died Friday at the age of 80 after a prolonged battle with cancer.

Harper quickly emerged as an audience favorite on the sitcom built around Mary Tyler Moore, which ran on CBS from 1970-77, so much so that she was given her own show, which aired from 1974-78. Harper was likewise recognized by her peers, earning yearly Primetime Emmy nominations between 1971 and 1978.

Why did Rhoda resonate so deeply with Harper’s fans and colleagues? Talent and comedic timing aside, she was a brash, self-deprecating New Yorker — Rhoda Morgenstern was born in the Bronx, while Harper hailed from Suffern, located 28 miles northeast of that borough — and from the premiere episode of The Mary Tyler Moore Show, it was clear Rhoda was a woman who didn’t suffer fools or blend into the background.

This was likewise true of her style, a decided contrast with Moore’s Mary Richards: While Mary’s wardrobe was crisp with clean, chicly simple lines, Rhoda wore pieces that were more colorful and flamboyant, an aesthetic that suited the creative impulses of her character, an art-school graduate who worked as a department-store window dresser. 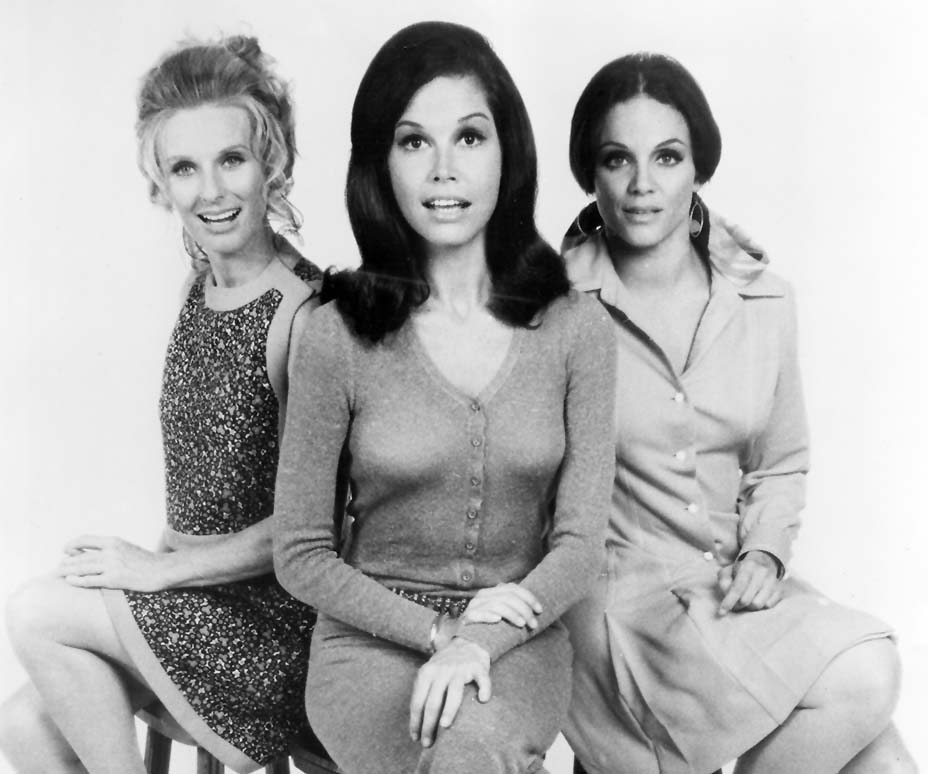 As author Jennifer Kelshin Armstrong reveals in the 2013 book Mary and Lou and Rhoda and Ted: And All the Brilliant Minds Who Made The Mary Tyler Moore Show a Classic (Simon & Schuster, $16), the idea for Rhoda’s look came from Harper herself. In the earliest days of The Mary Tyler Moore Show’s production, Harper dressed in oversized pieces intended to emphasize her role as “the overweight friend,” a similar dynamic to Vivian Vance’s Ethel Mertz opposite Lucille Ball’s more svelte Lucy Ricardo in I Love Lucy. Harper wasn’t comfortable with the idea and was considering her character’s look when she took notice of Mimi Kirk, Moore’s stand-in, who had adopted a boho-chic style after discovering meditation and other lifestyle trends popularized by California culture in the 1960s and ’70s.

“One day as she watched Kirk on set, Harper asked [show creator Allan Burns], ‘What would you think if I went that way?’ Rhoda, she reasoned, thought of herself as an artist, even though she was a window dresser, and dressing like Kirk would provide a nice contrast with Mary’s tailored look,” Armstrong writes. The bohemian styling also would contrast with Phyllis, the landlady played by Cloris Leachman, whose onscreen aesthetic tended toward fashion that was both prim and a bit fussy.

“Around the third show, I began to notice that Mimi Kirk, Mary’s stand-in and personal assistant, always came to work dressed in gorgeous bohemian clothes,” Harper wrote in her 2013 memoir, I, Rhoda (Simon & Schuster, $16.99). “She was a very beautiful earth mother from Venice Beach, all batik, macramé, handcrafted jewelry, and the most fashionable head wraps. She wore long skirts she had made out of ornately embroidered old jeans. And since Rhoda, a window dresser, could be eccentric and creative, I thought she might dress a little more eclectically, a little more like Mimi Kirk.” 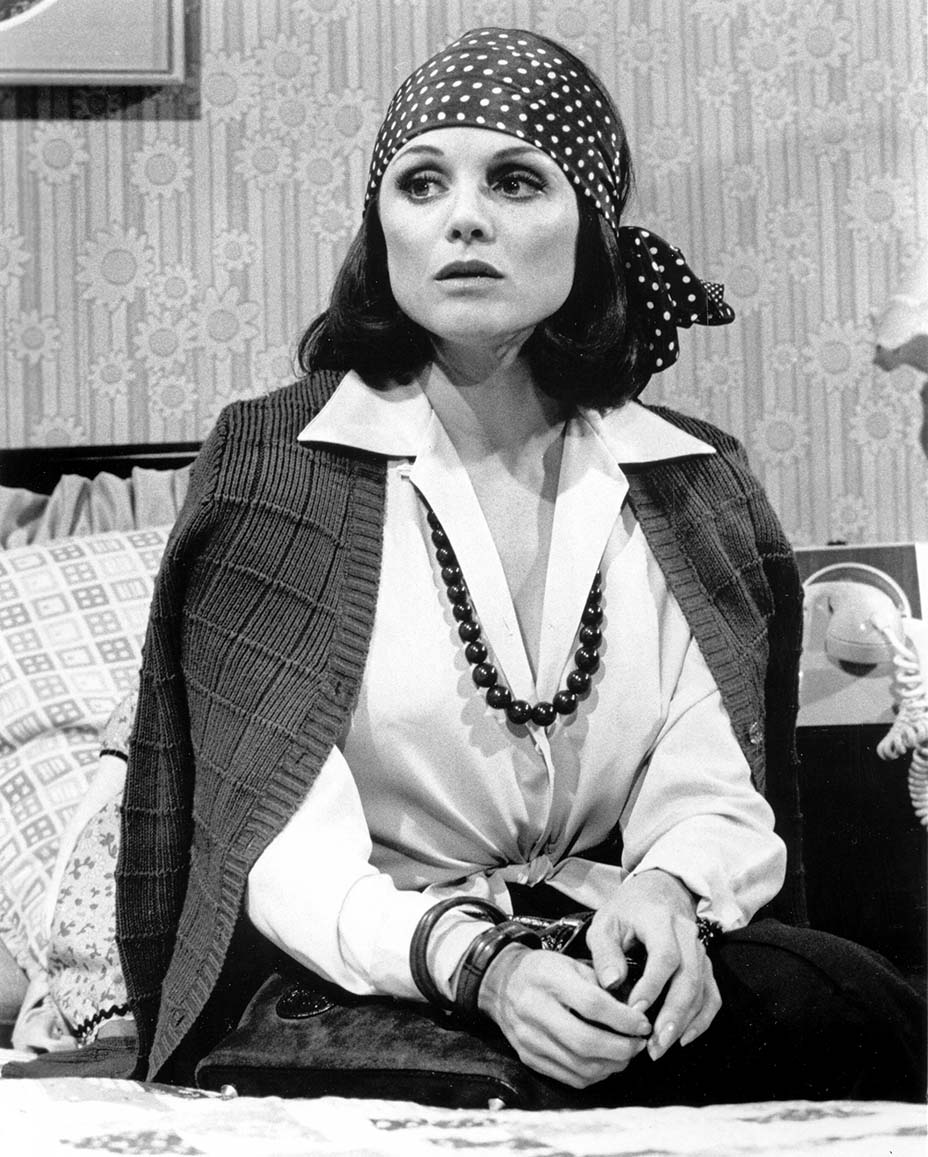 With Burns’ approval, Harper collaborated with Kirk, who added details that included the silk headscarf, which both became Rhoda’s signature and inspired a fashion trend. “[It was] specially twisted and tied around her head by Kirk,” Armstrong writes. “Soon Kirk became Harper’s assistant and Moore hired a new one. Kirk made clothes for Harper — scarf-like tops, a purse made out of an abalone shell. She coordinated with [show costume designer Leslie Hall], but brought in more and more clothing for Harper, eventually giving all of her scarves to the actress.”

Armstrong adds that Harper also encouraged Kirk to design and market a line of headscarves to capitalize on the trend, but Kirk demurred, content with her role on the show.

Mary and Rhoda’s disparate tastes also influenced the growing role of women in the workforce in the 1970s. As women increasingly were finding their footing in offices and other workplace environments, the question of what to wear became a vital conversation, especially for those who desired options that extended beyond the menswear-inspired clothes that had become an expected norm. Not unlike Diane von Furstenberg’s wrap dress, which debuted in 1974, Mary and Rhoda proved to female audiences that it was possible to dress fashionably and with femininity in the workplace while also looking professional and polished. 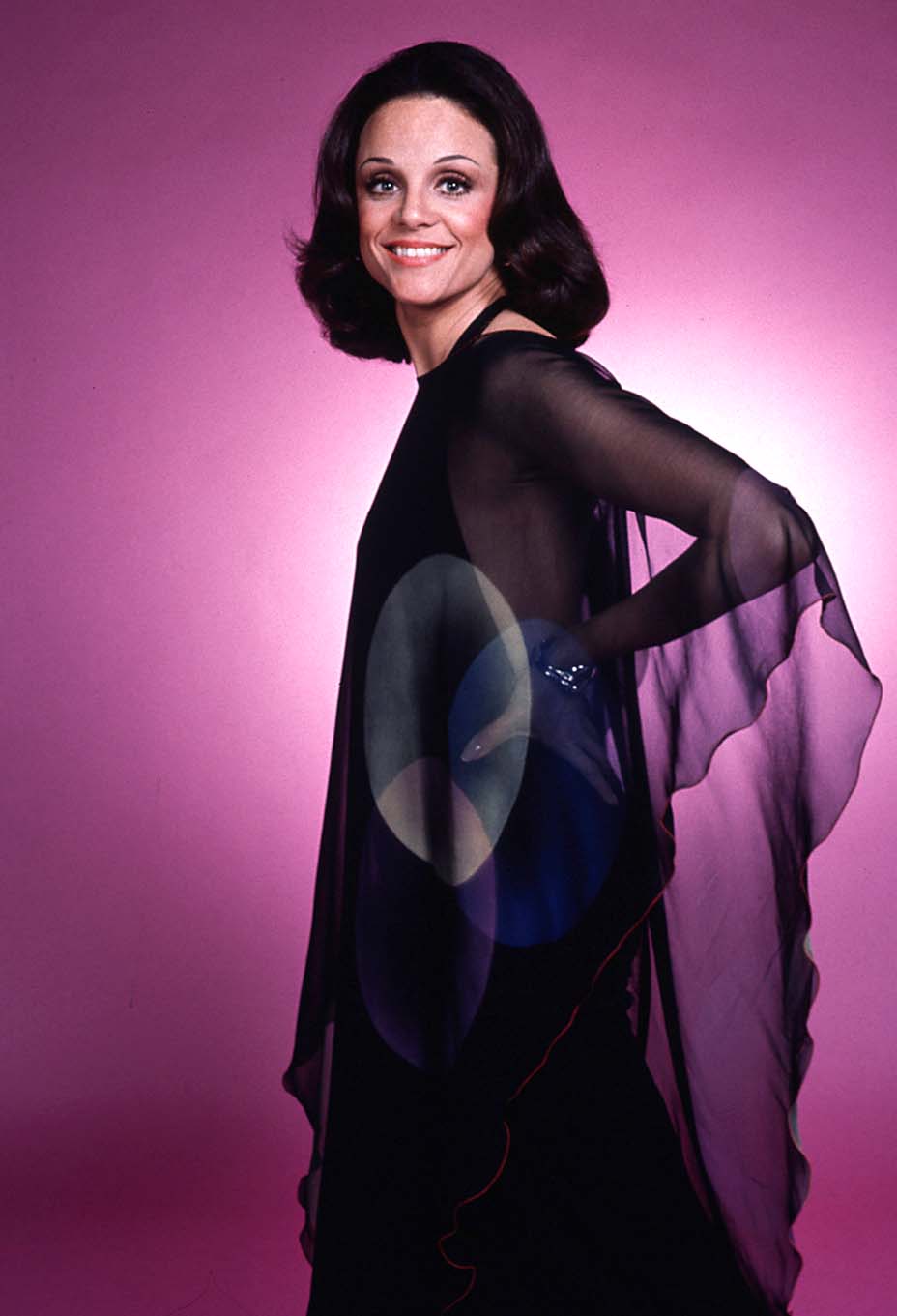 When Rhoda was spun off into Harper’s own show in 1974, the character’s style, from her fashions to her apartment at 332 East 64th St., enjoyed a more enhanced role in the spotlight. Rhoda’s evolution also included marrying contractor Joe Gerard, played by David Groh, in the first season; the hourlong episode, watched by more than 52 million Americans (a record until it was topped by Roots in 1977), famously featured Rhoda running across Manhattan and taking the subway in her wedding gown to get to the ceremony on time (in a plot development mined for laughs, Phyllis, once Rhoda’s adversary, offered to pick her up and drive her to the wedding, then promptly forgot).

Two seasons later, however, Rhoda and Joe separated, while Harper’s onscreen style increasingly became more refined. And like many thirty-something women striking out on their own after a failed marriage — a theme more prominently explored by Jill Clayburgh in 1978’s An Unmarried Woman — Rhoda’s wardrobe also became a bit more bare and sexy. The headscarves had largely disappeared by this time, but Rhoda, and Harper, continued to inspire American women, who looked at the spunky woman conquering New York City, portfolio in hand and confident in her individual style, and wondered about their own possibilities.