Conspiracy, theft, dirty tricks, scandal. Before these themes became recurring plotlines in film and television shows, they were a real life snapshot of the goings on at The Watergate Hotel in June 1972. On the heels of the 45th anniversary of our nation’s biggest political scandal, one of Washington D.C.’s most chic and infamous addresses is making headlines again.

The property recently unveiled a remodel of Watergate Scandal Room 214, envisioned by Scandal costume designer Lyn Paolo. This is the hotel room where  E. Howard Hunt and G. Gordon Liddy stationed themselves as a team of burglars attempted a break-in at the Democratic National Committee in The Watergate Complex.

A Hollywood Stylist's Guide to Dressing Creative and Corporate Execs

The hotel, which reopened in 2016 after a $125 million renovation and celebrates its 50th anniversary this year, takes a tongue in cheek approach to its sordid past. Keycards are inscribed with the phrase “no need to break in”; the phone number is a play on the break-in date, 1-844-617-1972; and expect to hear Nixon speeches as the hold music. For trivia buffs, during the remodel the room number was changed to 205, although it is still referenced as 214.

Now it offers a chance — with a starting price tag of $800 per night — to spend some time in a location where history was made. And for those who love the ABC television show Scandal starring Kerry Washington, it’s an opportunity to see Paolo’s work up close and celebrate its final season, which debuted in early October. 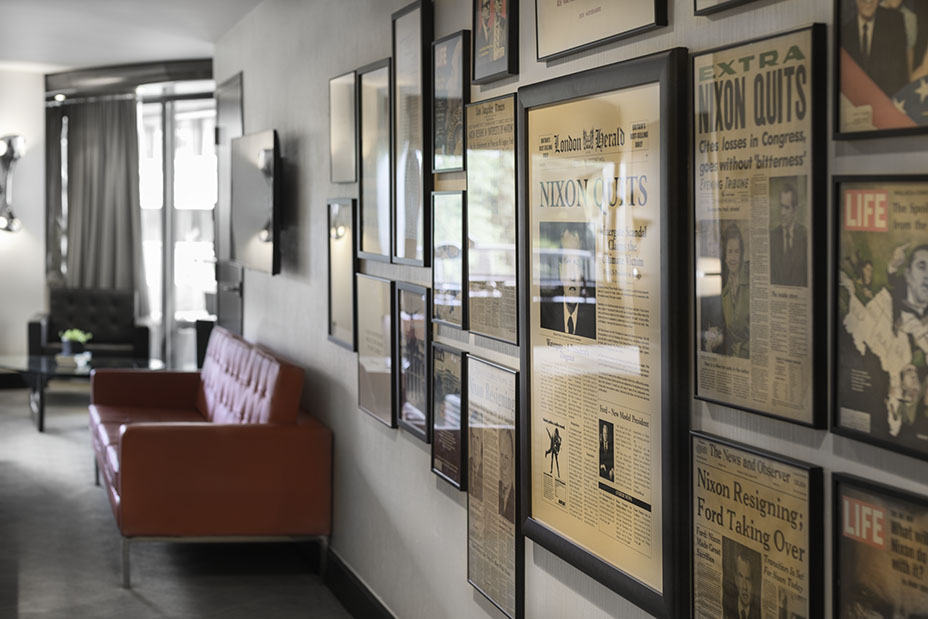 Linda Kearns, vice president of branding and communication for the costume designer division at Matchbook, set up the collaboration between Paolo and Rakel Cohen, co-owner of the hotel and its senior vice president of design and development.

“I am such a history buff and a political news junkie. I was thrilled to do it and super excited,” Paolo says. “I treated it the way I treat a pilot or a movie. I did tons of research on the scandal. Read quite a few books. Flew to D.C. so I could just sit in the room, see the space, the bones. I’d run around L.A. and did a lot of research on lines of furniture and vintage fabrics.”

The 450-square-foot room with balcony faces The Watergate office building and incorporates many historical artifacts. “In the beginning, we weren’t thinking that it would interest guests but we got so many requests and people trying to book it,” Cohen says. “We came up with the idea to do something special and celebrate the history in a fun way. Partnering with Lyn was just a natural step.” 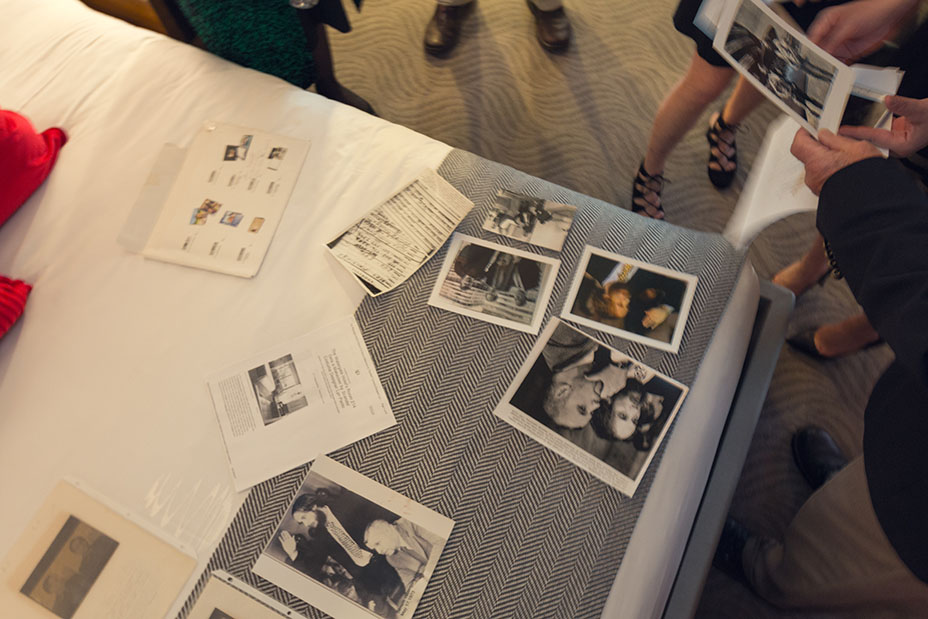 “You feel an electricity when you stand in that room,” Paolo says. “I got tingles the first time I went in there. There’s such a palpable energy. We really wanted to [make it] an experience. A little bit quirky and a little bit fun. Not stuffy — it’s not a museum.”

“[We] came up with the idea to design it as an office [from] that time,” Cohen says. “We had the red sofa, which is a nice pop of color from the 1960s. And the desk is of the era. Then we added some books, binoculars and a typewriter and record player with some old music.”

Other design elements include an old-fashioned tape recorder, a library with everything Nixon and terry cloth bathrobes that read “cover-up.” “If you take a book, there’s a stamp inside that says ‘stolen from The Watergate,’” Paolo says. 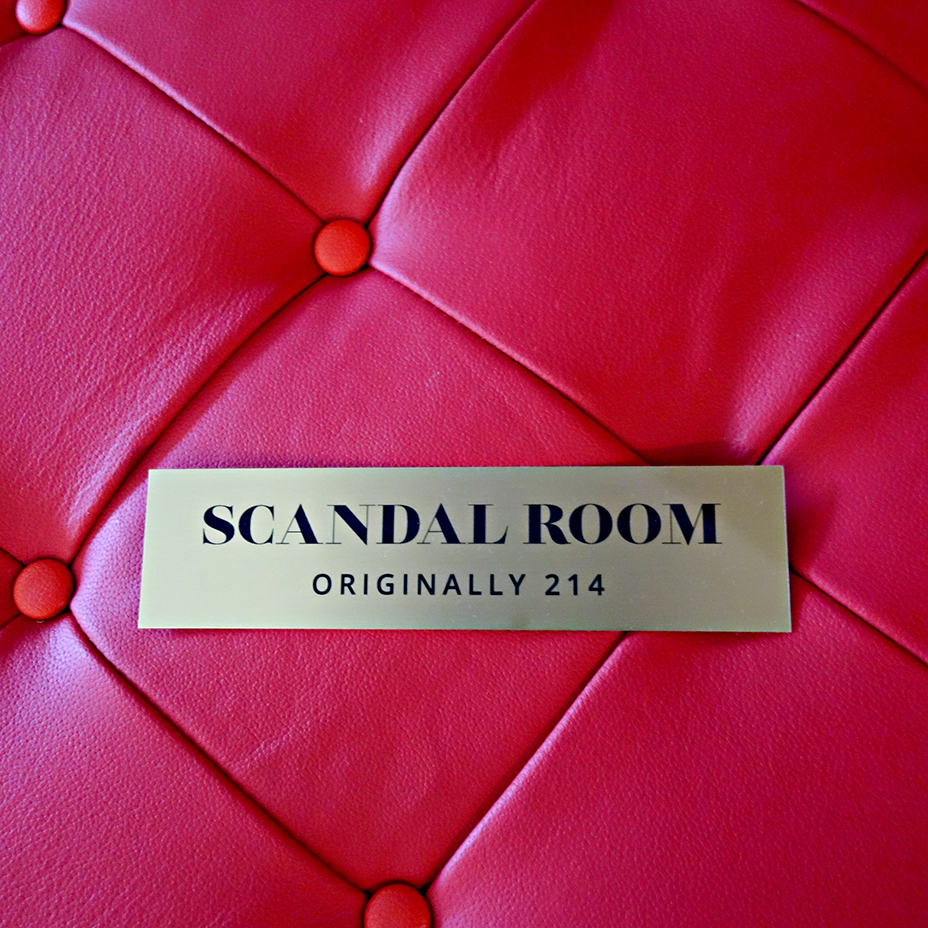 “One of our employees had some old newspapers that her mother kept on the break-in, so we had them all framed,” Cohen says.

This isn’t the first time that The Watergate Hotel has collaborated with Hollywood costume design royalty. Mad Men’s Janie Bryant designed the staff uniforms. The partnerships are a way to recall the era of when the hotel was the ultimate playground for powerful people while making it pop-culture relevant for today’s luxury-focused traveler. 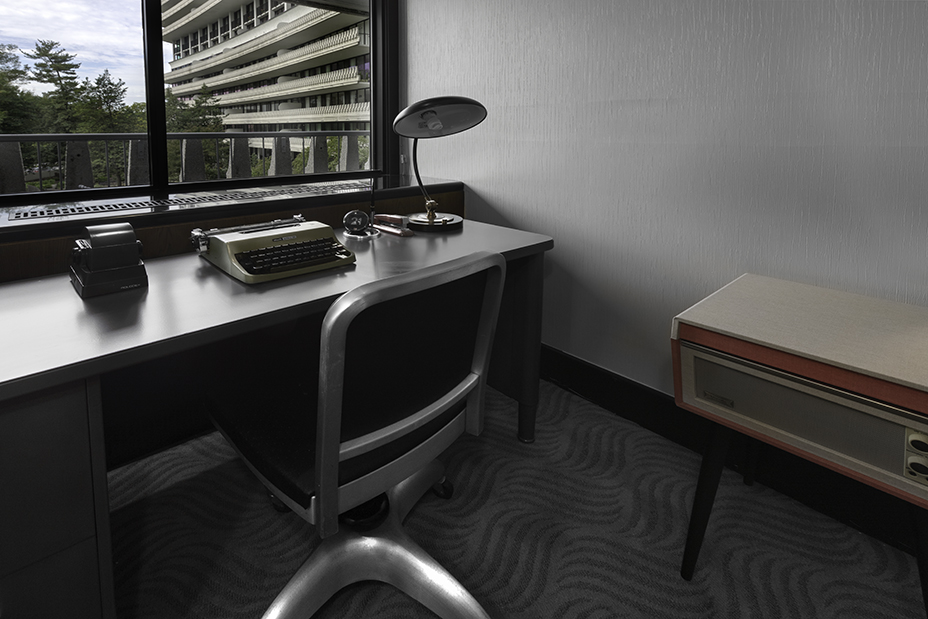 With the sweet taste of the hospitality world on her palate, Paolo isn’t ruling out other interiors projects. “I had a blast. It was so fun to do something different,” she says. “I like the beginning and the end. The middle is just tons of work. But, the inspiration of doing something new and exercising your brain and thinking differently. I always love that.”

Who would be Cohen’s top choice for a celebrity to stay in the room? Without hesitation … “Kerry Washington,” she says.