Spooky season is looking a lot different this year. Haunted houses have been replaced with drive-thru experiences, pumpkin festivals have been canceled or severely reduced in capacity, and trick-or-treating is being discouraged in many areas, including Los Angeles County and even banned in Beverly Hills. The social holiday is adapting to social distancing, and these Halloween-loving celebrities have had to rethink their annual plans.

“For the first year in a long time I am not hosting my annual party,” says Heidi Klum, known for her elaborate costumes and yearly celebration, “but that does not mean that we can’t be creative and celebrate.”

'Hocus Pocus 2' Review: The Sanderson Sisters Are Back in Disney+'s Nostalgia-Heavy Sequel

The model and America’s Got Talent host plans to spend this Halloween watching classic horror flicks and creating some exciting costumes, and she will be sharing her look as well as some festive family projects on her social media. “What is most important is to spend time with family and do fun projects together.”

Bette Midler has similarly hosted an annual Halloween costume ball to benefit her environmental organization, New York Restoration Project, for the past 20 years. This year, the actress is putting on a virtual gala, called Hocus Pocus Hulaween with her co-stars from the 1993 Halloween classic.

“Our in-person event was impossible,” Midler says, “so we pivoted to virtual. It’s not easy, but so many great people agreed to be in it: [Hocus Pocus’] Kathy Najimy and Sarah Jessica Parker, of course, but Meryl Streep, Glenn Close, Sarah Silverman, John Stamos, Elvira, Mistress of the Dark, Marty Short, Billy Crystal — I have no idea what’s going to happen!”

While these famous Halloween hosts lament the postponing of their annual festivities, partygoers are also disappointed that there will be no parties to attend but equally committed to coming up with creative ways to celebrate.

“2020 has been a living hellscape, so this Halloween will feel consistently terrifying, except there aren’t any parties to drink the terror away,” says Zoe Lister-Jones, director of The Craft: Legacy, the upcoming sequel (due out Oct. 28) to the 1996 horror film The Craft. “My husband and I usually go to immersive haunted house experiences in weird, abandoned warehouses in downtown L.A., but now life is just one big immersive haunted house! This year, we’re going to get dressed up and set the spooky vibe in the comfort of our own home.” 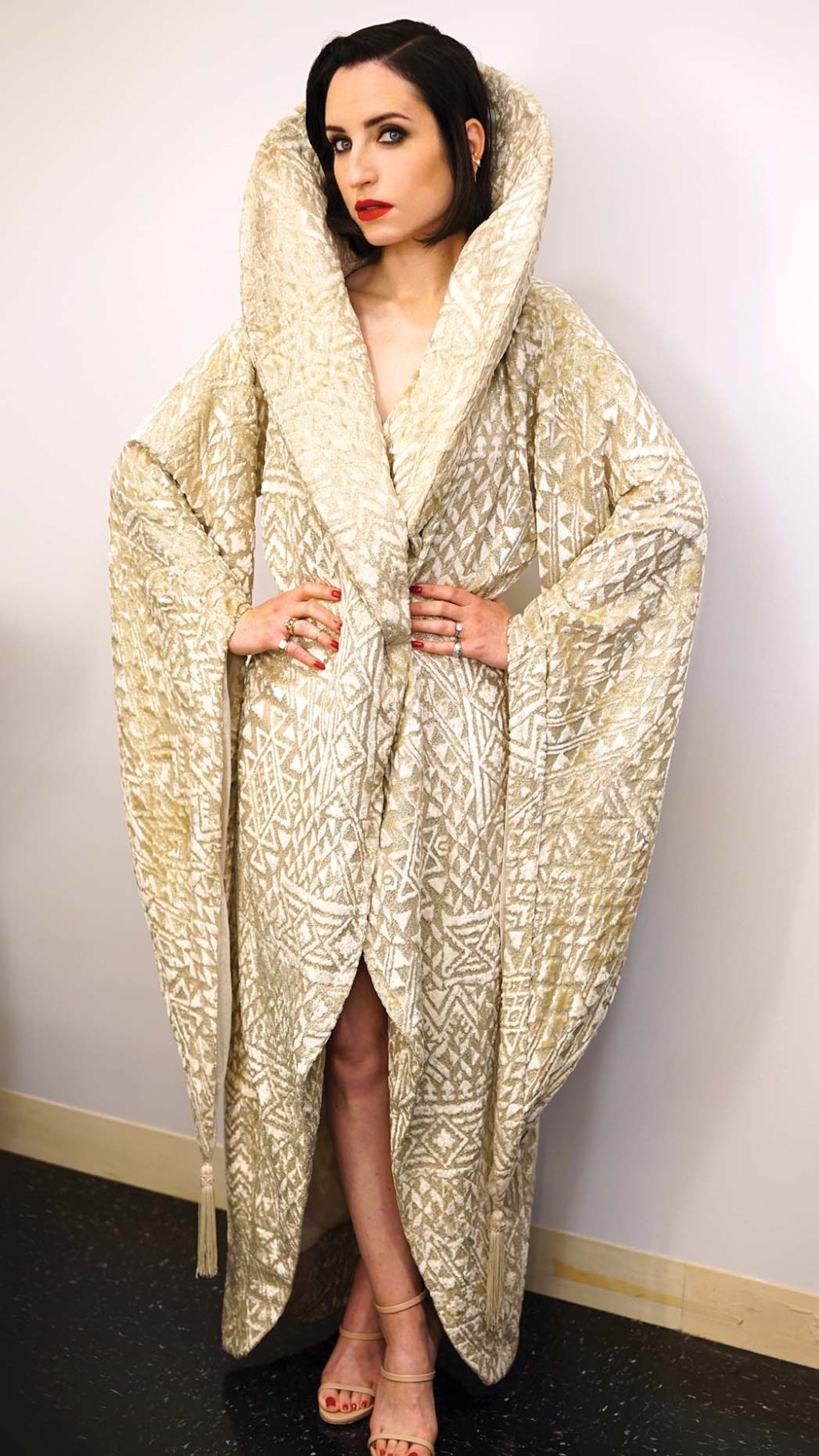 With social distance rules still in place across the country, virtual parties are one of the few safe ways to continue socializing. “This year I’m hosting a live stream pumpkin carving party online for my social media audience,” says Christine McConnell, the stylist and baker behind Netflix’s 2018 sitcom The Curious Creations of Christine McConnell. McConnell celebrated Halloween walking around Salem [Massachusetts] with her mother last year but will now be celebrating from home due to COVID-19. “It’s new territory for all of us, but I like to find a silver lining if I can.”

Not all celebrities celebrate the holiday with a party. Rock musician Alice Cooper has spent many Halloween nights performing on tour but had to cancel over 150 shows due to COVID-19 this year, including the one on Oct. 31.

“I own Halloween,” says Cooper. “All year, Alice Cooper is Halloween, especially on Halloween night when I look in the audience and everyone’s in costume.”

This Halloween, the godfather of shock rock is spending time with his family and has partnered with Airbnb for a spooky story hour on Oct. 21. One-hundred percent of the proceeds from the event will go to North Star Reach, a fully accessible, medical specialty camp in Michigan that provides life-changing camp experiences for children with significant health challenges. Even with all the horror influences in his art, Cooper stresses that he doesn’t “see anything satanic about [Halloween], it’s all about dressing up and getting candy.”

Cooper is not alone with his work to give back during this socially distant spooky season. For the upcoming spooky holiday, This Saves Lives, a mission-driven health food brand, launched a Halloween-at-home collaboration with Bearaby, a sustainably-made weighted-blanket brand. Each purchase of the collaboration will mean $10 is donated to Action Against Hunger, a global organization which distributes nutrient-packed peanut packets to children at risk of malnutrition.

“Halloween might be different this year, but it also just got way cozier,” says Ravi Patel, actor and director of Meet the Patels, who co-founded This Saves Lives with Todd Grinnell, Ryan Devlin and Kristen Bell.

Similarly, Katherine McNamara, star of The CW’s Shadowhunters and CBS’ upcoming Stephen King adaptation The Stand, is a champion of One Voice, an organization that usually prepares bags of holiday food but will be turning donations into grocery gift cards this year, as the holiday season approaches. The actress is also a big fan of costumes and horror movies, and this year has been doing what she calls “reverse trick-or-treating.”

“Whether I’m at home or on set, I always try to do something [for Halloween],” McNamara says. “Baking is kind of a therapy for me, it’s very nostalgic and comforting, so I bake a bunch of cookies and put them in a little bag and drop them off at the end of driveways for my friends and family.”

Klum’s advice for making the most of the holiday even if much of it will be virtual this year? “As my good friend and makeup artist Bill Corso said, ‘A little powder and a little paint makes you what you ain’t,’ so let’s all powder, paint, stay safe and escape.”