“All of the girls always felt left out,” says A$AP Ferg over the phone from Miami, where he’s just landed to promote the drop of his second collection in collaboration with denim line AGOLDE. “All of the females, they see the clothes, and I’ll be talking to them about clothes, and they’ll be like, ‘Where’s the girls’ stuff?’ I just felt bad. I went into this new collection with them in mind.”

Ferg’s explanation for why he decided to make his newest collection a unisex offering is a no-brainer. “I believe that females look good in men’s clothes anyway,” he adds. He’s definitely onto something; as we’ve seen with recent media coverage (both good and bad), the concept of unisex fashion is definitely in style.

Made in America: Four Fashion Designers on What It Takes To Do So

The rapper, who gained notoriety in 2013 when he signed a deal with Polo Grounds and RCA as the newest addition to the A$AP Mob (which counts fashionable peer A$AP Rocky among its members), went on to discuss his own observation of men’s and women’s fashions, and how in recent years they’ve been moving ever closer, little by little meeting somewhere in the middle — an un-gendered gray area, if you will.

“More guys are dressing up and more females are dressing down. It’s just merging into one now,” he continues. “It’s a thin line between masculine and feminine silhouettes now because of where fashion is going.” 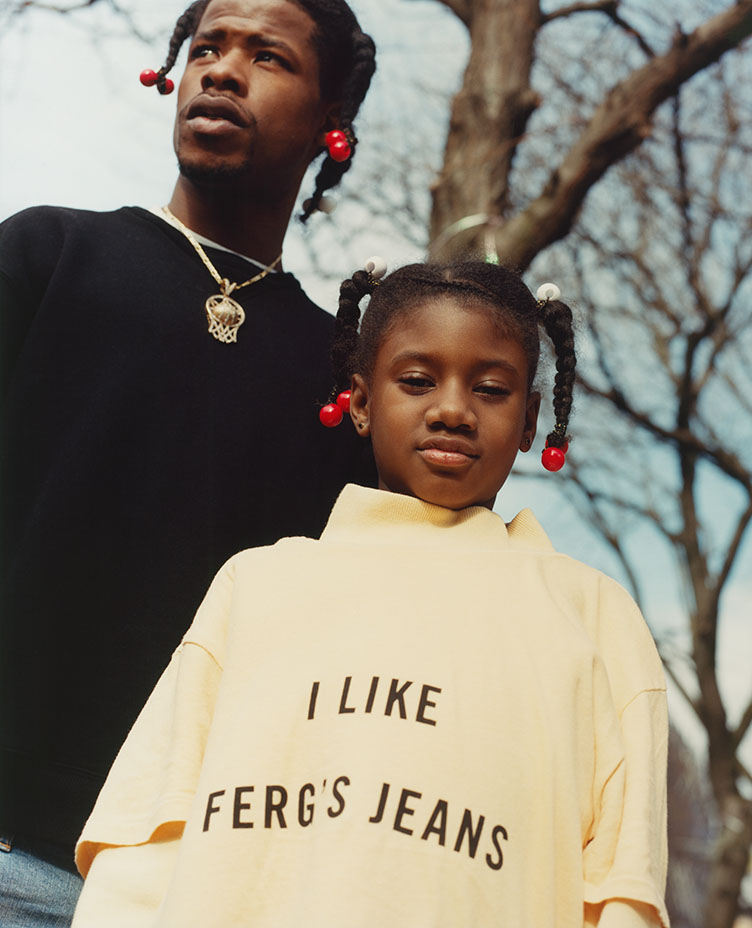 Ferg’s opinion of “where fashion is going” is more well-informed than you would expect from your average rapper (and that’s saying something, considering the heavy dose of designer name-dropping throughout rap culture). Not only did the 28-year-old attend an art school and launch a popular belt brand called Devoni before establishing his hip-hop career, but his father, Darold Ferguson, owned a boutique in Harlem where designer goods from Versace and Prada mingled with more underground streetwear pieces from Dapper Dan.

This image of Ferg’s late father from the late 1970s and early 1980s played a significant role in the latest offering, available now at AGOLDE.com and luxury boutique The Webster ($58-$368). 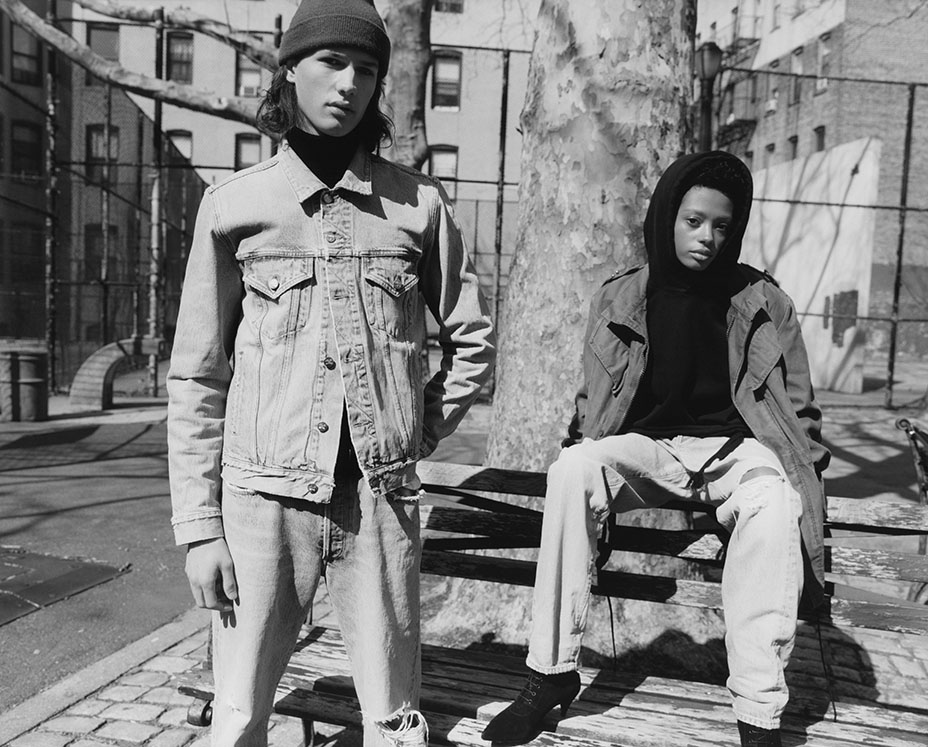 “My pops was so fly back then,” he notes. “He and his friends were the fly-est. They were the first with all of the Dapper Dan jackets, fitted jeans with the sweatshirts and the Rolex watches.” Ferg also goes on to name Style Wars, a documentary which chronicled the fashions of early hip-hop pioneers of the era, as an influence. “I was just vibing on the clothes that they wore — the denim, the sheepskin jackets. That was the brink of when hip-hop was being formed,” he says.

Other memories from Ferg’s childhood growing up in the Hamilton “Hungry Ham” neighborhood in Harlem influenced the 11-piece collection, including his junior high school uniform, which he paid homage to with a black track suit. The look book images, which feature male and female models, were also photographed in the neighborhood. 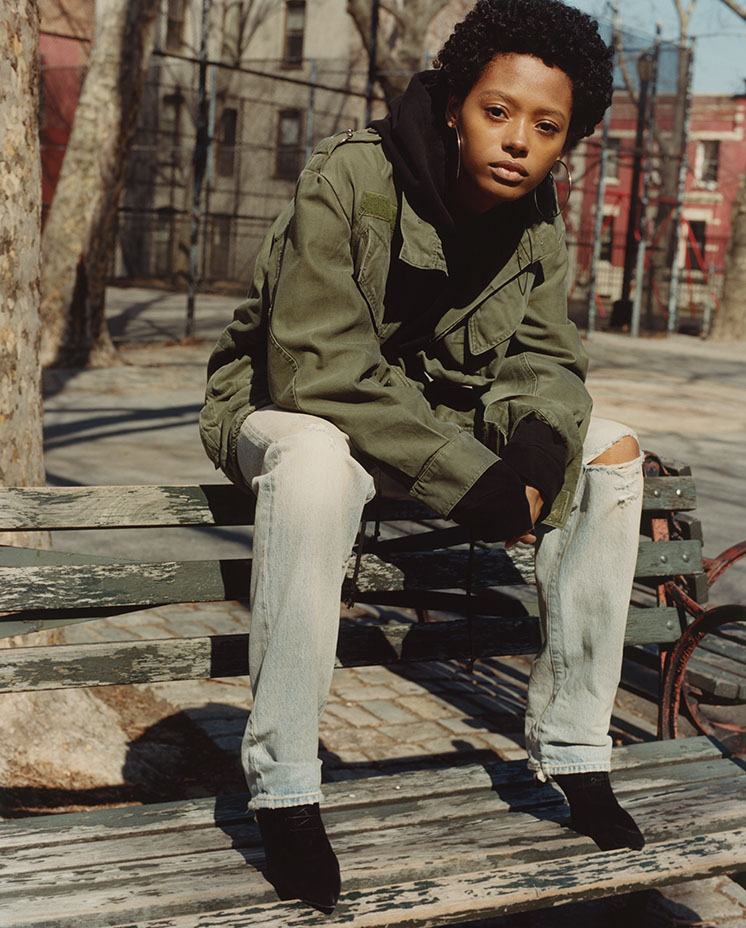 But of course, a collection with AGOLDE, a brand launched in 2014 by Citizens of Humanity founder Jerome Dahaan, features a robust denim offering. (To note, the denim is marked as unisex online but sold in men’s sizes.)

“The jeans that I have are the silhouette of the jeans that I wore in the ‘Work‘ video,” Ferg explains of the inspiration for the straight-leg stiff denim, available in four washes. “I was wearing these jeans that I had for years — I rode my bike in them, I performed in them, even when I got my deal and I had money, I still wore those jeans. Kids would kind of poke at me on Instagram, they’d say, ‘Ferg, you have money now, you can change your jeans.’ So, as a big joke, but like a fly joke, I said, ‘Okay, you don’t want to see my jeans no more? I’m gonna make so many of them that you’re going to have to see them.’”