Carol Alt was dripping in glitter, and it was infectious.

As the legendary American model strode the red carpet at the 21st annual Accessories Council at Cipriani’s in New York City on Monday evening, where designers and style icons alike (or if you’re Betsey Johnson, both) were honored for their contributions to the industry, the 56-year-old left a trail of sparkly body glitter — mostly on her friends, as well as on a few innocent bystanders. 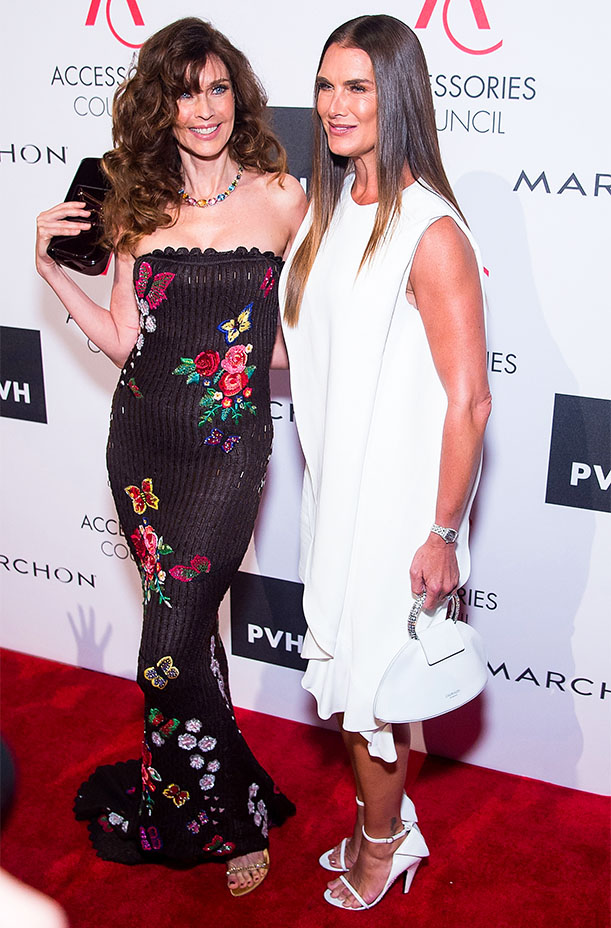 “You know what this is, this is Carol Alt!” exclaimed Brooke Shields pointing to her shimmering right arm, which sparkled against the backdrop of her head-to-toe white Calvin Klein ensemble. Shields, who was tasked with presenting the Sustainability Award to Calvin Klein’s parent company, PVH Corp., continued with a smirk, “This is my Carol Alt arm.”

Thirty-seven years after her iconic Calvin Klein denim ad was released, Shields has reconnected with the brand thanks to creative director Raf Simons, who stitched the legendary photo of an acrobatic 15-year-old Shields onto the backside of his fall 2017 flares. The model and actress noted that she’s happy to be back working with the company, especially considering it prides itself on a positive environmental impact. “You want to know what comes between PVH and its commitment to sustainability?” she said, winking at the crowd while presenting PVH president Emanuel Chirico with the award (a glittering Judith Leiber clutch).

Other recipients of the chic silver statuette included Eva Longoria, who was presented with the Style Ambassador Award by longtime friend, fashion designer Robert Verdi, and Betsey Johnson, who celebrated both her Style Icon Award (she threw a handful of confetti above her head as she made her way toward the stage) and her 75th birthday, which is coming up on Thursday.

Actress Victoria Justice, clad in a vintage Betsey Johnson houndstooth blazer worn as a dress, which Johnson noted was once worn by David Bowie, presented the honor to the designer as a massive birthday cake was carried onto the stage, sparklers aglow. When Johnson instructed the crowd to sing her “Happy Birthday,” the attendees — including fellow award-winning designers Kendra Scott, Monica Rich Kossan, Jessie Randall of Loeffler Randall and Joseph Altuzarra, as well as costume designers Jenn Rogien (Girls, Orange Is the New Black) and Grand Master Flash and Jeriana San Juan (The Get Down) — obliged. 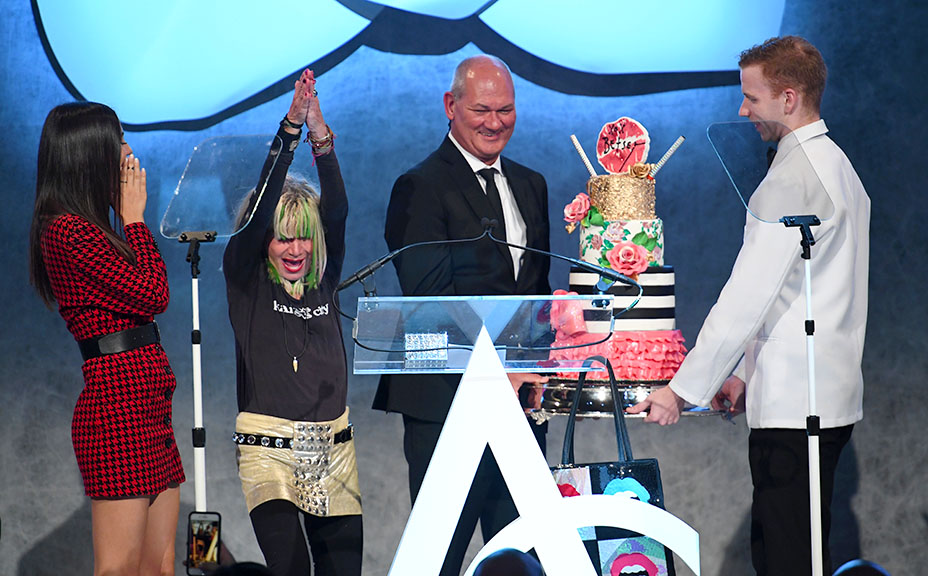 Johnson, still as spritely as ever, recently moved to Malibu to get away from the hustle and bustle of the city — but don’t call her an Angeleno. “It is not L.A., I would not move to L.A.,” she said, champagne in hand, when this reporter referred to Malibu as a subset of Los Angeles.

However, Johnson went to say of the City of Angels: “I do believe it is the new New York, it’s the fresher, younger New York. But I just didn’t want anymore cities.” While accepting her award, she added, “I live in a trailer park in Paradise Cove and I met the hottest, cutest, most fabulous guy in a coffee shop, and I’ve been so happy I really could die.”

Though she’s in the sleepier land of California, Johnson’s colorful style hasn’t skipped a beat. To celebrate accessories in all their forms, she stitched a necklace to the bustier of her multicolored tulle mini dress and draped her hot pink booties (with a stacked bedazzled heel) with more layers of silver chains for the red-carpet portion of the evening. “I have to be dressy, I had to dress it up. It wasn’t jazzy enough,” she said. 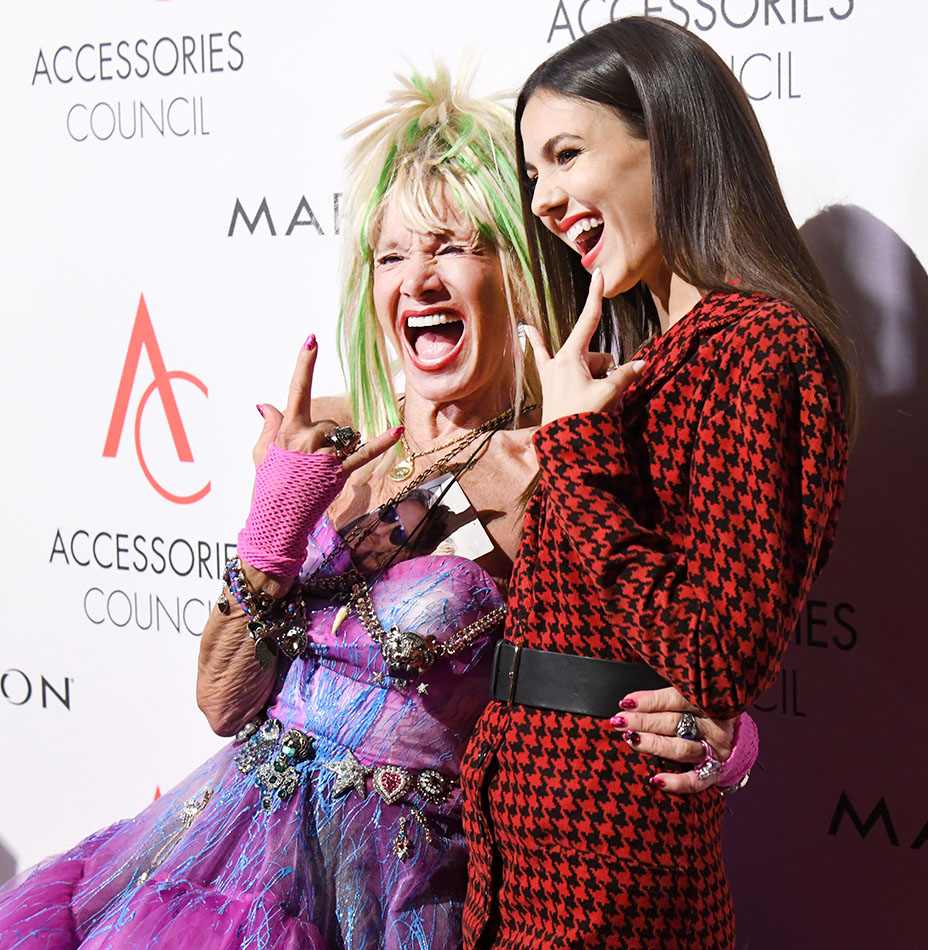