Of course, the Emmys red carpet is all about glitz and glamour and celebrating some of the biggest talents in the TV industry, but for many actors and public figures hitting the step-and-repeat Sunday night, it’s also a chance to make a statement.

Elisabeth Moss, Padma Lakshmi, Riz Ahmed, Judith Light, Kumail Nanjiani and Matt Walsh were among those spotted wearing the signature sapphire blue ACLU ribbon. According to the ACLU, all supporters are wearing the ribbons to encourage Congress to pass a “clean” Dream Act.

Everyone wearing ACLU ribbons are doing so to call on Congress to pass a clean Dream Act. #StandWithDreamers #HeretoStay https://t.co/0UeRlfpUEt

Karla Welch, who styles Moss, as well as nominees Kathryn Hahn, Carrie Brownstein and Sarah Paulson, has been especially vocal on social media regarding politics. As to whether this Emmys will be as political as last year’s show, which took place just a couple months ahead of the election, she said, “I hope so,” adding that several of her clients added the pin to their clutches. “I refuse to be not political. Although at this point, what more can we say? [Trump] is a disaster.” 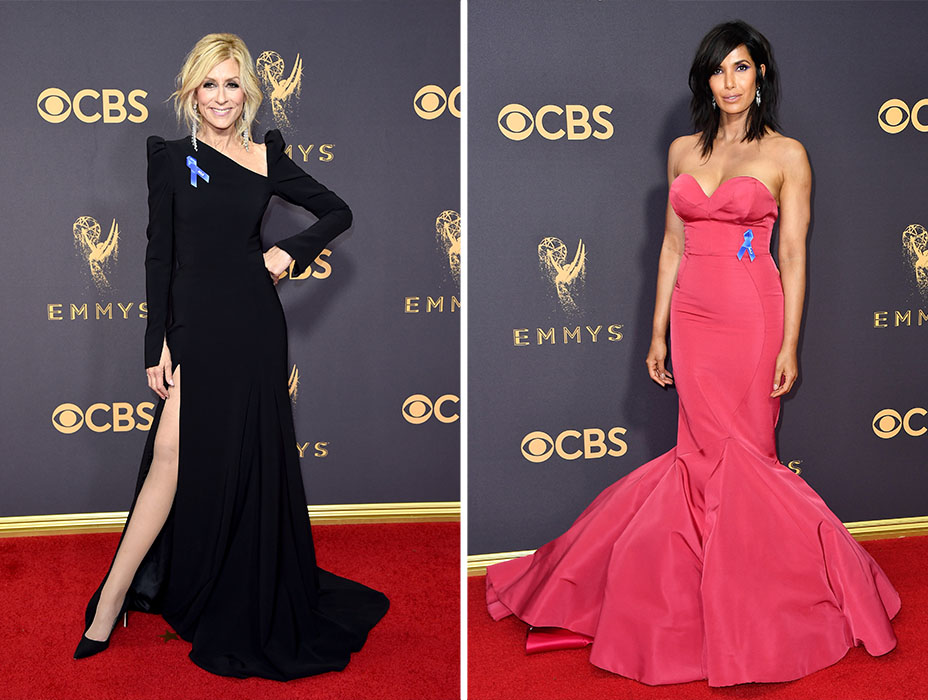 Support for the ACLU has been especially prominent in recent months, especially in the aftermath of Trump’s immigration policies as well as his decision to end the DACA program as we know it in six months’ time. At New York Fashion Week, several designers and show-goers were spotted wearing a special ACLU at NYFW pin.