Forever 21 has found itself in court over the issue of stripes for the third time in the past six months.

Just weeks after the Los Angeles-based retailer sued Gucci over a striped design, Forever 21 has found itself on the other side of a lawsuit filed by Adidas.

Forever21 Is Suing Gucci Over Stripes

The German sportswear giant is suing the fast-fashion retailer for using the brand’s trademarked three-stripe design on its athletic apparel. According to WWD, the complaint (which was recently unsealed in a federal court in Oregon) also calls out Forever 21’s sale of “repurposed Adidas” merchandise, which is sold under its “vintage” category.

“The infringing apparel and footwear and counterfeit apparel imitates Adidas’s three-stripe mark (and, in the case of the counterfeit apparel, the Adidas wordmark and the badge of sport mark) in a manner that is likely to cause consumer confusion and deceive the public regarding their source, sponsorship, or affiliation,” reads the complaint. Forever 21 did not immediately return The Hollywood Reporter‘s request for comment. 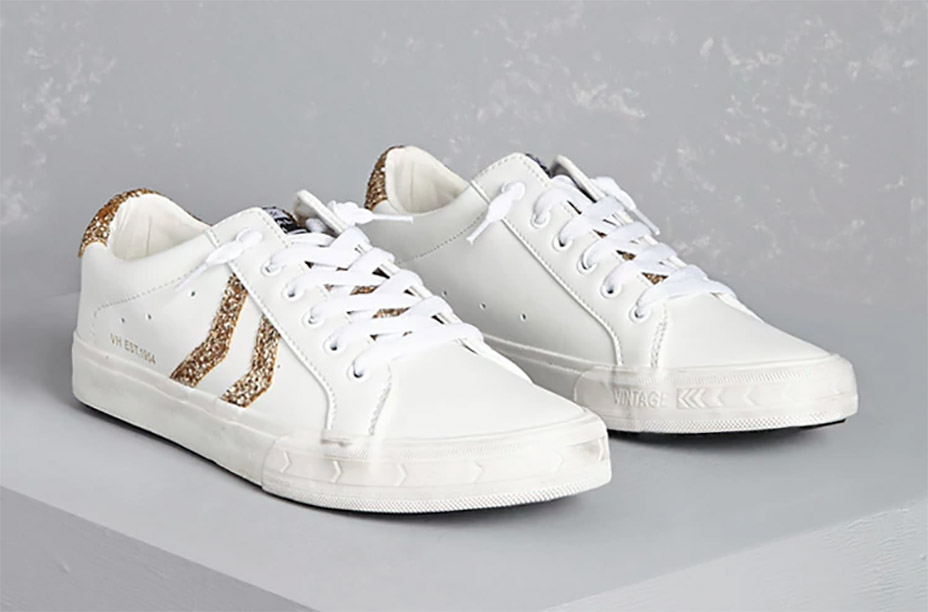 In March of this year, Forever 21 filed its own lawsuit against Adidas, calling the sportswear retailer a “bully” for sending two cease-and-desist letters to Forever 21 over products which, incidentally, featured more than three stripes. The strategy was similar to the fast-fashion retailer’s decision to sue Gucci over the Italian fashion house’s attempt to block Forever 21 from using trademarked blue-and-green and red-and-blue stripes; the retailer asked the court to cancel Gucci’s trademarks over the design element.

In 2015, Adidas and Forever 21 settled another lawsuit over the use of the three-stripe design.

When it comes to protecting its trademark, Adidas is ruthless. The German company has filed complaints against Juicy Couture, Marc Jacobs, Puma, Bally, Skechers and Nasty Gal, to name a few, over the same issue.