Adwoa Aboah is unabashedly a maximalist when it comes to gold and gemstones: “That really is my approach to wearing jewelry: When it’s good, more is more,” she says.

What the model and actress wore Tuesday evening at New York’s Cedar Lake, the performance and event space in West Chelsea, amply demonstrated this idea. She sported a one-of-a-kind necklace featuring multiple chains of 18-karat yellow gold, with pink tourmaline, pyrite, hematite, multicolored spinels and other large stones that draped as pendants down the back, while the front of the piece was designed to look like a lush yet simple choker of yellow-gold chains. The showpiece retails for $125,000 and was conceived to celebrate Aboah’s just-launched collab with John Hardy, the jewelry brand known for its sustainable pieces handcrafted by Balinese artisans.

“This one-of-a-kind piece turns jewelry upside-down in a way,” explains Hollie Bonneville Barden, creative director for John Hardy. “For this launch we wanted to do something really fun and elegant while also feeling a bit eccentric and exclusive. So we created what feels like a cape of stones.” 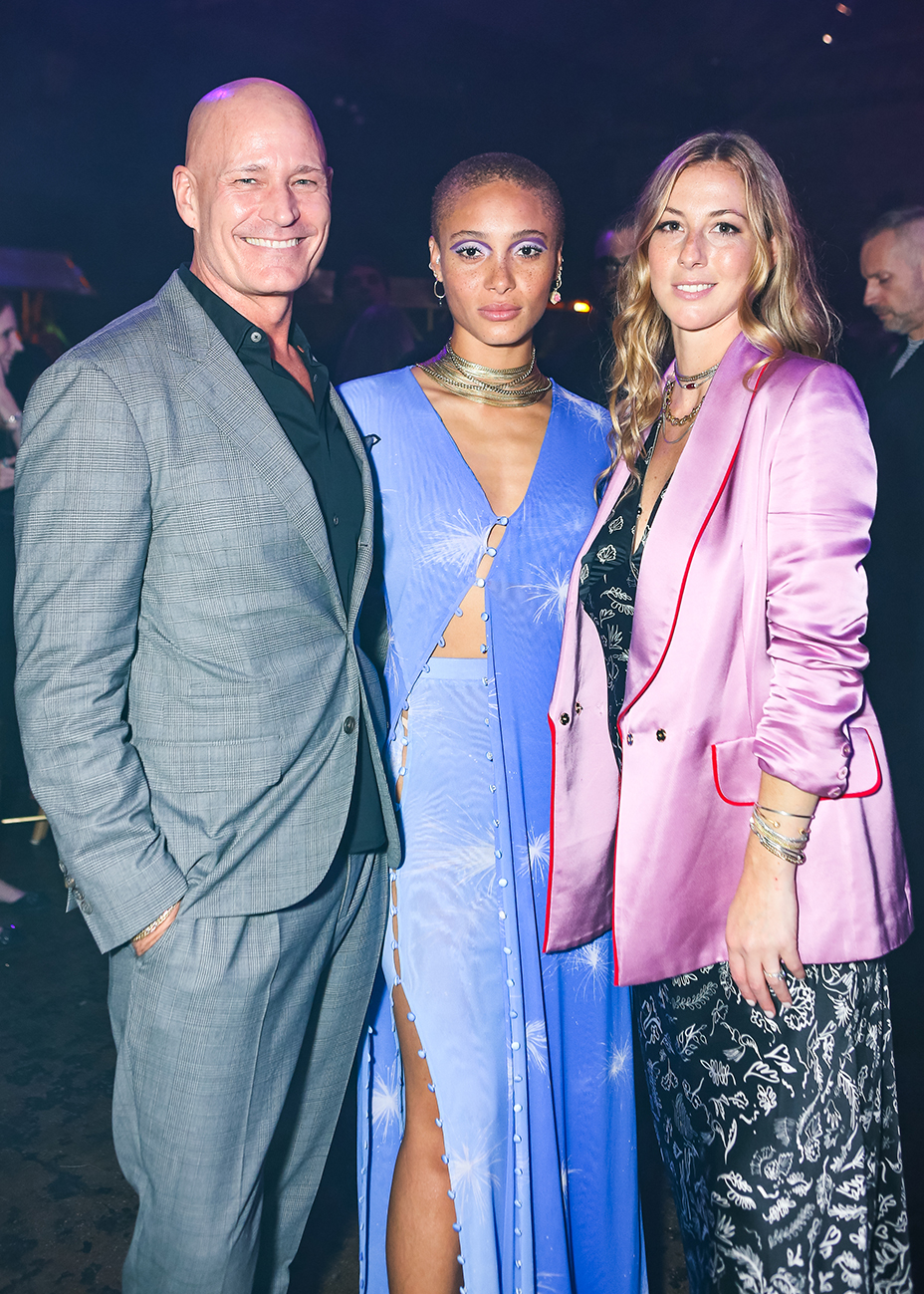 John Hardy execs glimpsed first-hand Aboah’s unique style when they enlisted her to be part of the jewelry brand’s inaugural Made for Legends campaign in 2017, alongside Julianne Moore. “Adwoa was a natural fit from the beginning,” Bonneville Barden says. “The philosophy of John Hardy is all about expression and layering and using jewelry as a tool of empowerment, and that’s exactly the way Adwoa works jewelry into her life.”

Aboah’s natural ease with the pieces while working on the campaign led to discussions about collaborating on a collection — the first time the brand has entered into such a relationship — and on Tuesday night at Cedar Lake, the results of those conversations were revealed. AA x JH is a 34-piece, limited-edition capsule collection, with prices starting at $295, which melds Aboah’s style with the John Hardy aesthetic, featuring designs like a triple-chain bracelet accented with milky rubellite, black tourmaline and pyrite, or two-tone gold and silver double-hoop earrings with milky pink tourmaline and hematite.

The trend of single and mismatched earrings also is showcased via an ear cuff embellished with gold and silver chains and gemstones or a single-chain earring with two posts for ears with two or more piercings. Aboah’s love of draping lengthy necklaces in unique ways, meanwhile, led to the creation of a body chain crafted in 18-karat yellow gold; that piece retails for $24,000.

“Adwoa has the ability to combine multiple and individual earrings in such a creative way, so the earring collection really reflects her personality,” says John Hardy CEO Robert Hanson. “She’s also really playful with the way she puts things together, and you should have fun with your jewelry, of course.” 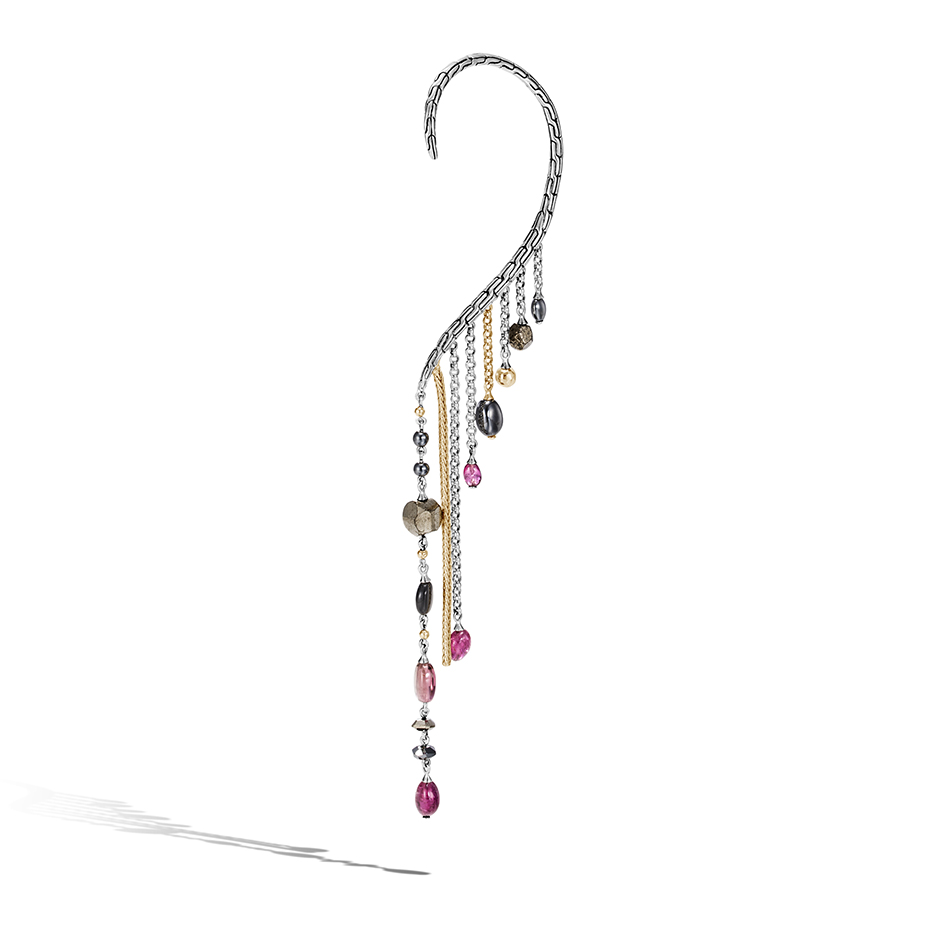 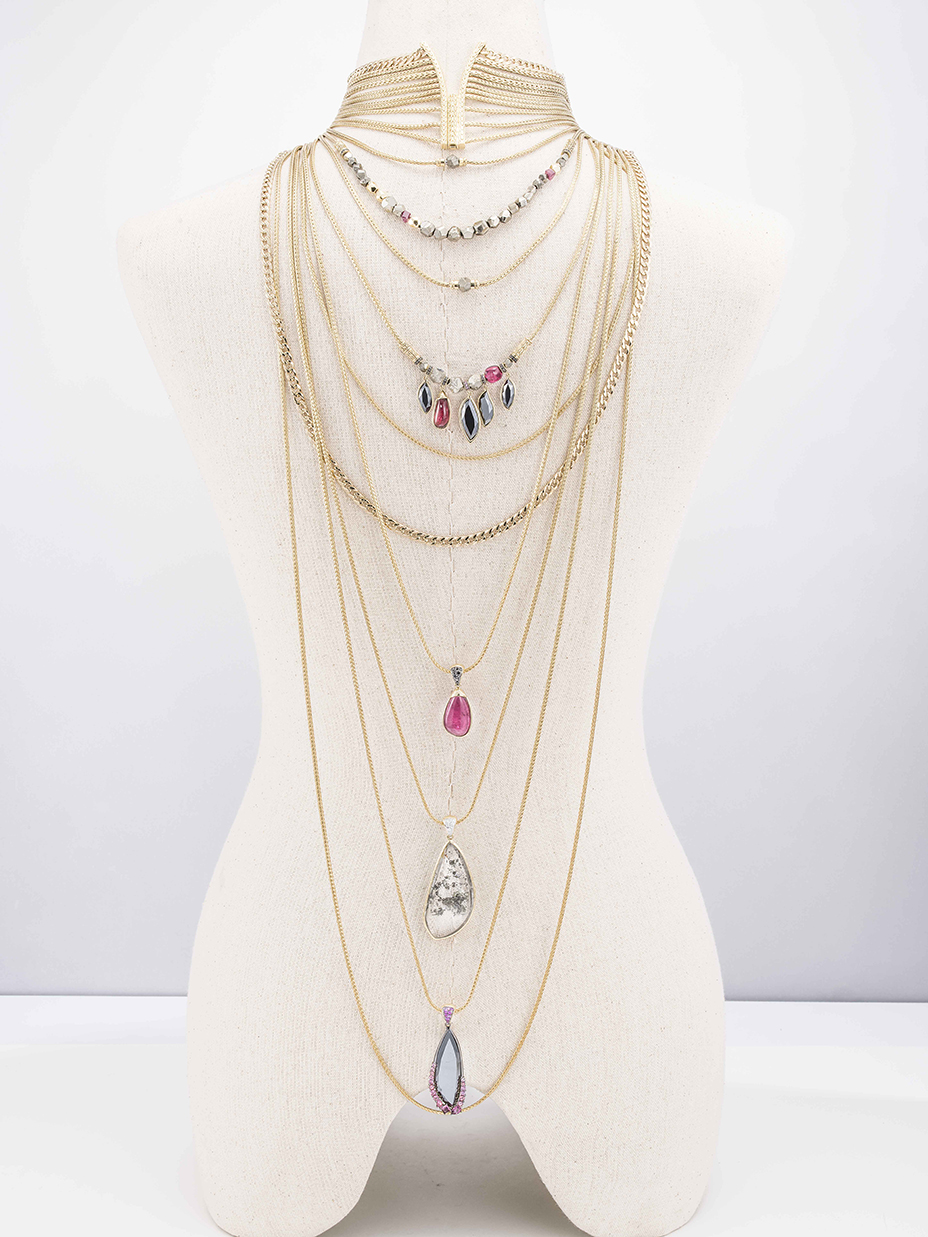 Aboah also was inspired by a signet pinky ring she was given by her parents when she turned 21. “When developing the pieces, I would text Hollie images of the jewelry my mum has and the pieces she’s collected over the years, as I wanted the pieces to have the feel of heirlooms,” Aboah explains. “The results [of the signet ring as inspiration] were three rings with variations of diamonds, bold pink tourmalines and pyrite set in gold that you can wear all at once or alone as a statement piece.”

Among the trio of rings is one style adorned with a diamond and engraved with “GT” for Gurls Talk, the online community Aboah founded to create “a safe space and open dialogue for young women,” she adds. 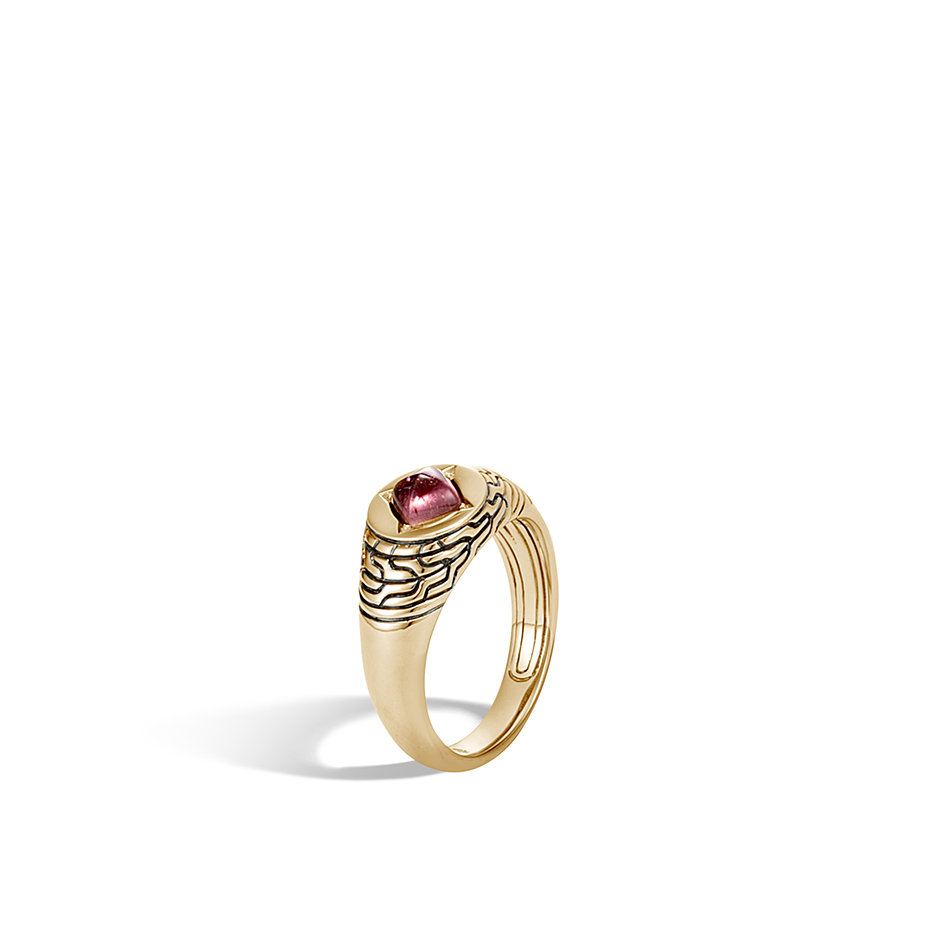 “Since we began to work with Adwoa on the Made for Legends campaign, we’ve really come to appreciate her not only as a muse and in how she wears jewelry, but also how she shows up in the world,” Hanson says. “She was inspired by an heirloom piece from her family and worked with Hollie to create a modern interpretation, and then added a layer that’s an ode to her Gurls Talk platform. That to me is super inspiring.”

And with the collection’s debut, another thought springs to mind, Aboah says. “It’s fun to be part of the design process and put yourself into a collection, but at the same time you want everyone to live it and want to wear it, which is the challenge for every designer,” she says. “Beyond being in the campaign, I know how each piece came to be and what it means to me — now it’s time to put it out there.” 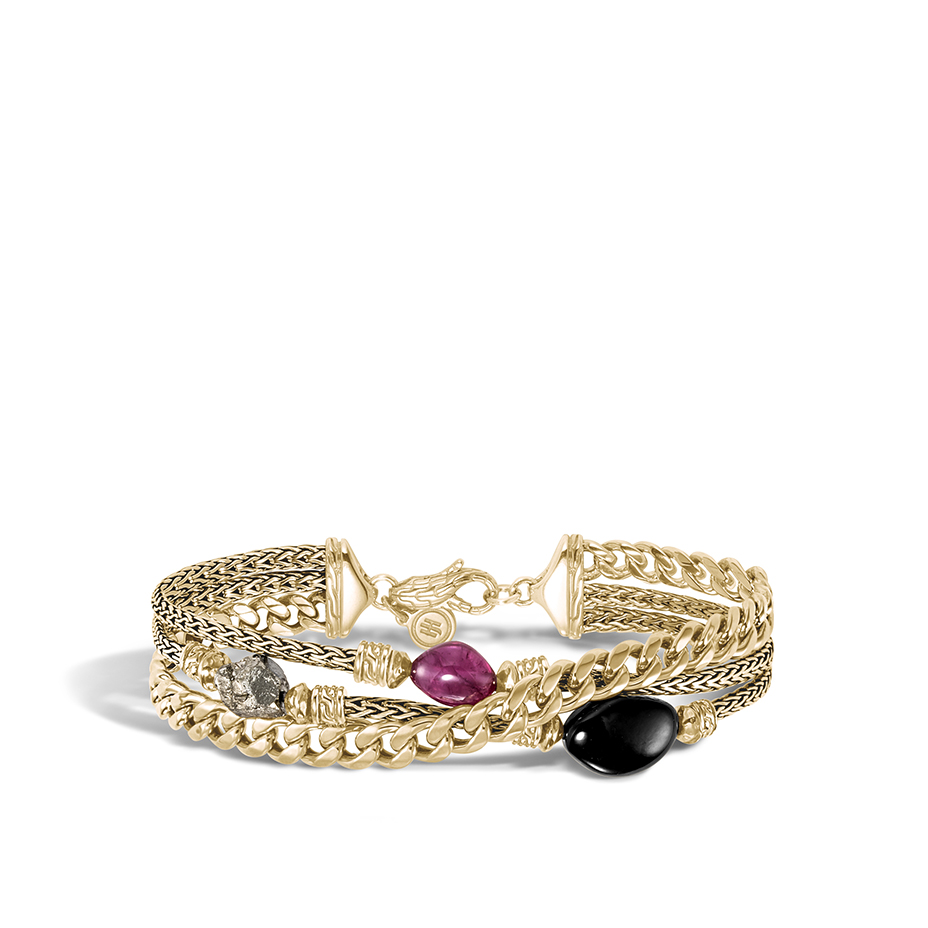 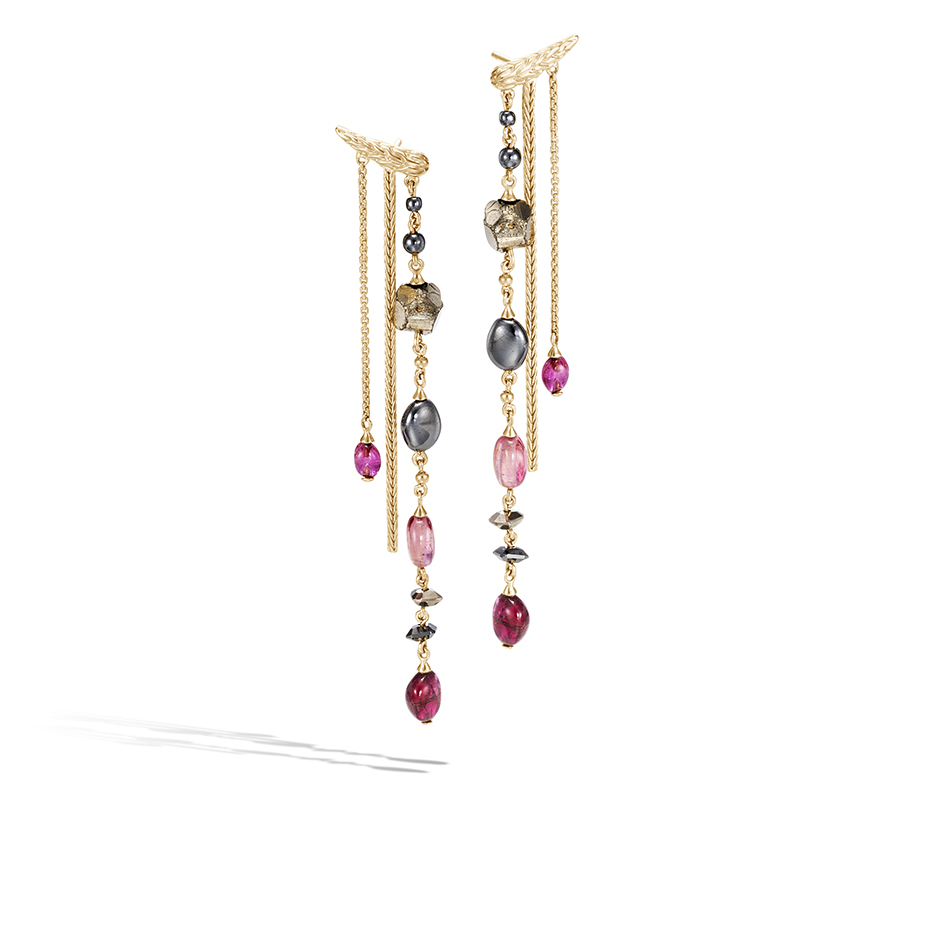 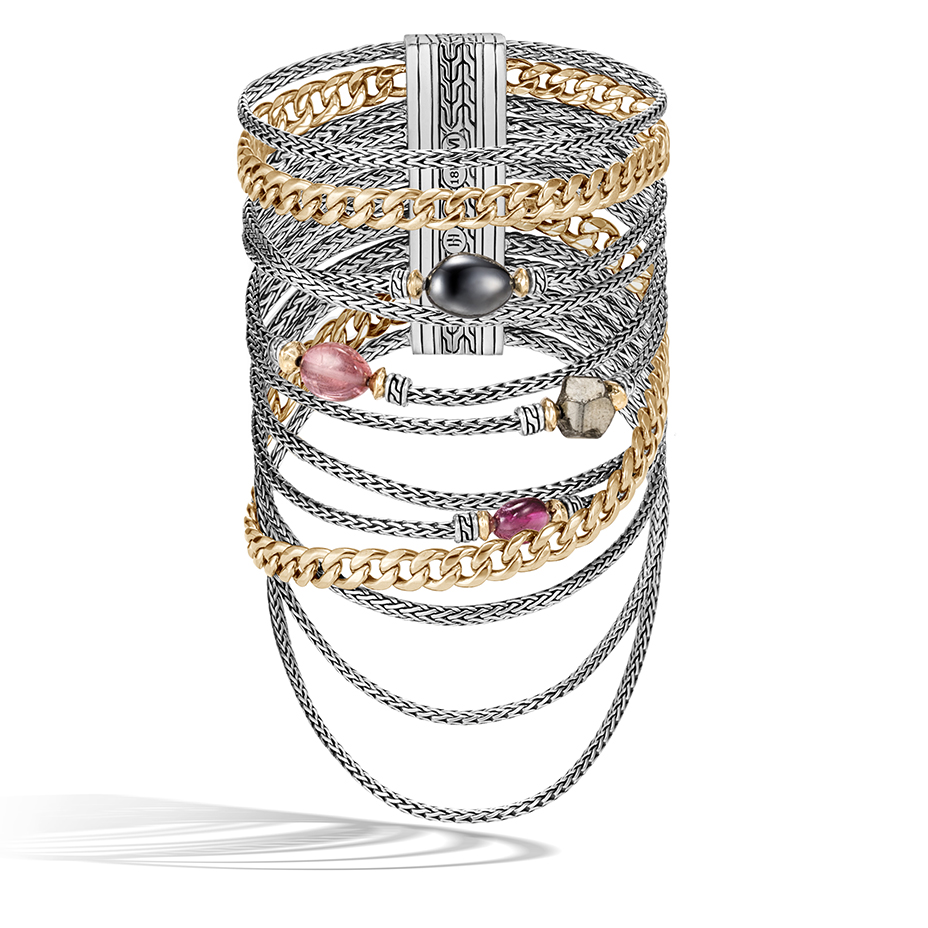