Alber Elbaz seems only content and relaxed as he discusses his latest project, a capsule collection for LeSportsac that just launched on the accessory brand’s website. The collaboration is a far cry from the designer’s 14-year stint as creative director for luxe label Lanvin, a job he departed in October 2015 amid headline-making acrimony with the owner. Three years later, he’s quick to admit that designing a group of affordable, brightly printed bags and small accessories feels wholly different, and that suits Elbaz just fine. 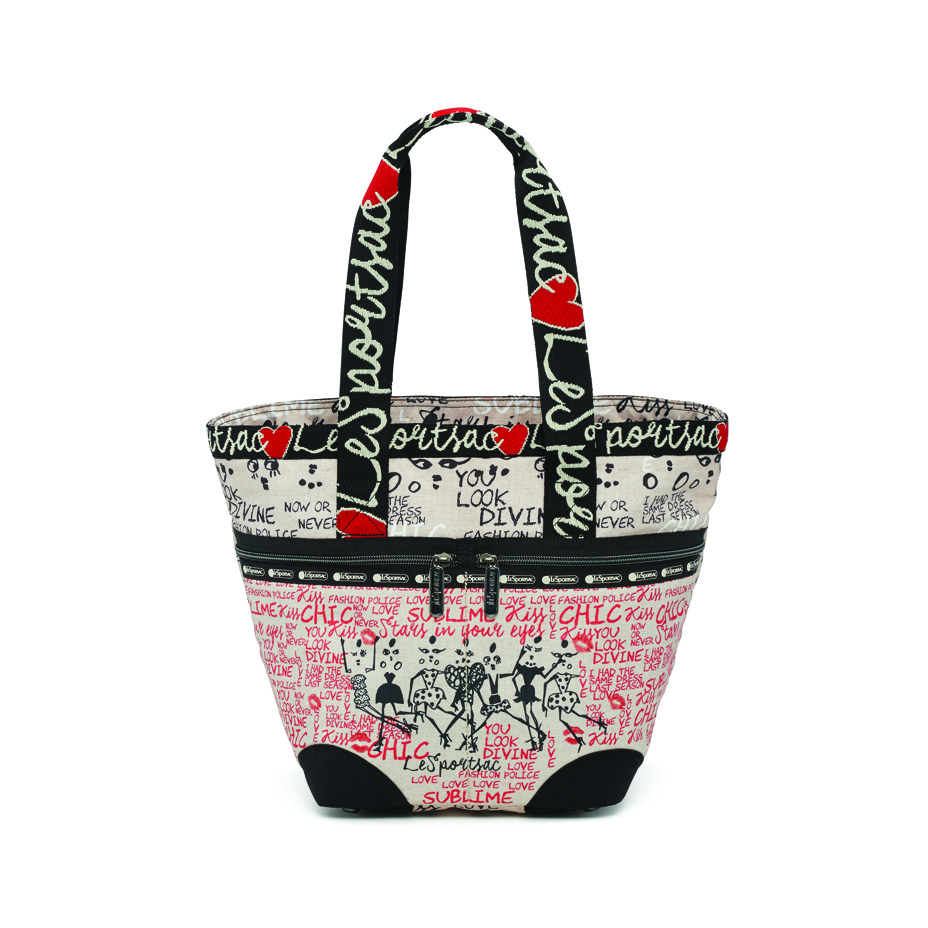 LeSportsac is the second gig he’s accepted from Itochu Corporation, the Japan-based company that also owns a stake in Converse; Elbaz has produced well-received collections for the sneaker brand, and he’s happy to continue the relationship. “There’s something quite beautiful about them — you know, Japan is a country that whispers,” he says, employing the sense of poetry you always find in his conversation. “There’s nothing that’s big and loud about them. Converse was quite fun, so they asked me to do the same with LeSportsac.” 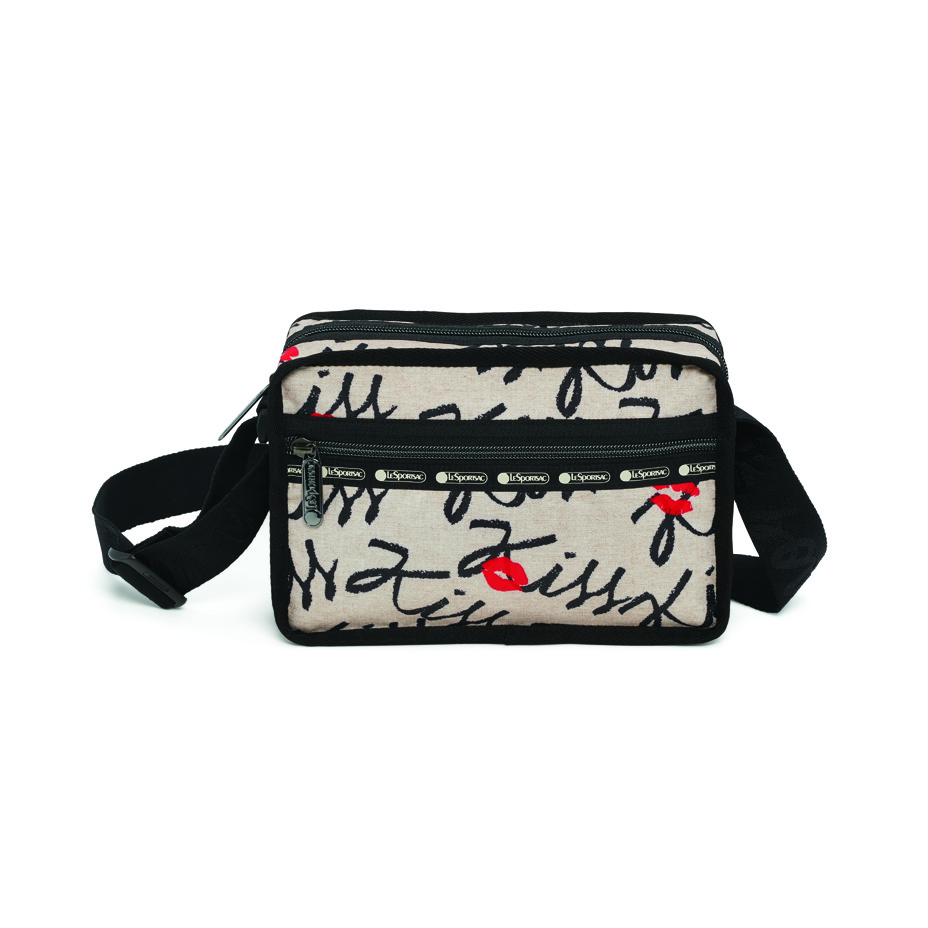 The Alber Elbaz x LeSportsac collab is exactly what you might expect: colorful with a touch of whimsy, some pieces featuring his take on fall’s on-trend leopard print, while others are splashed with the fanciful sketches and joyful words like “Kiss” and “Chic” that are recognizable design motifs from his time at Lanvin, where he counted Rihanna, Meryl Streep and Julianne Moore among his Hollywood fans. 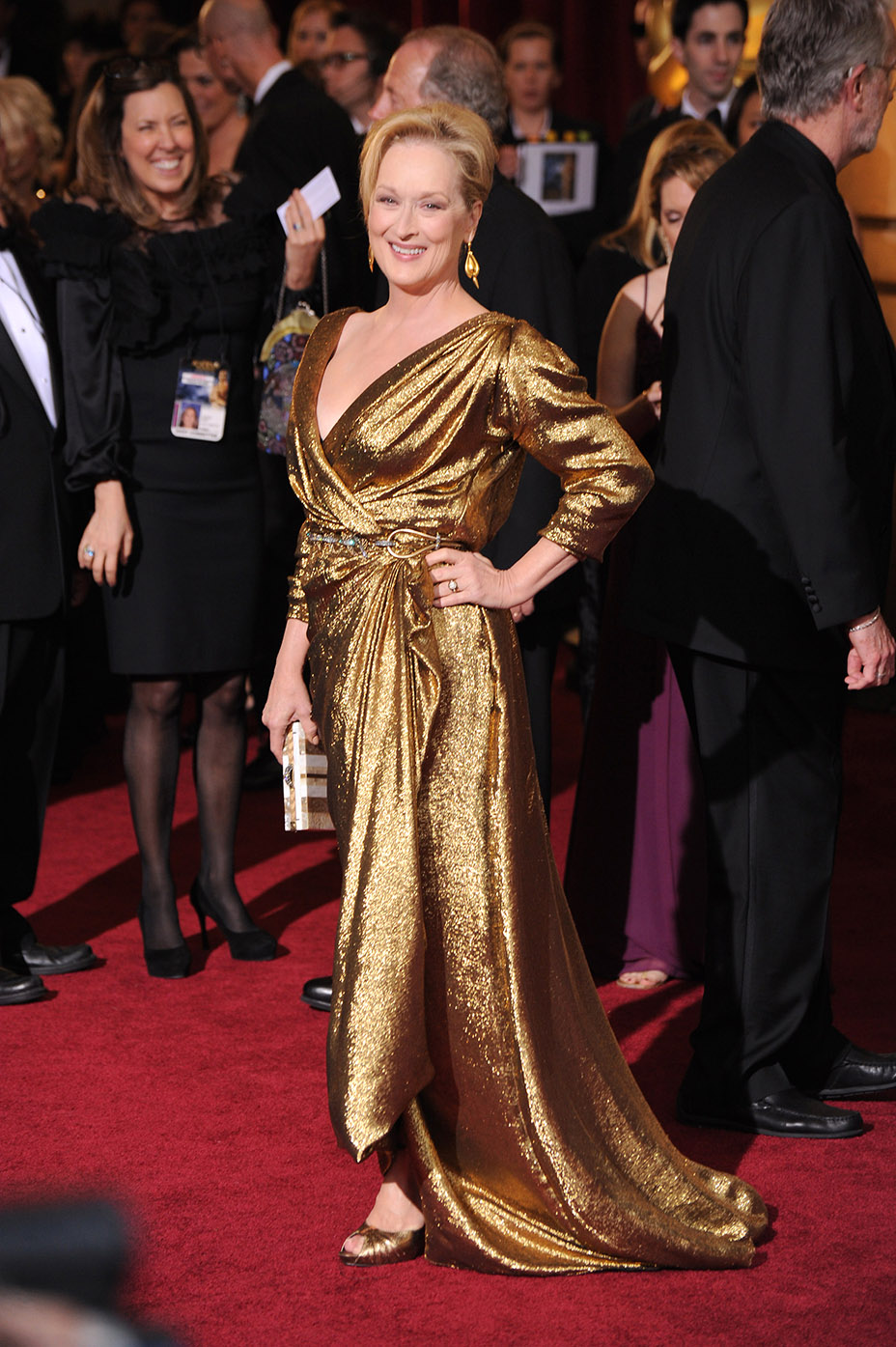 Totaling roughly two dozen styles offered in a variety of colorways, the collection is priced from $30 to $190 and is currently available online, with plans to arrive in stores in early September. Elbaz also will make an appearance at a Sept. 5 party during New York Fashion Week to celebrate the launch.

“For so many years I worked in the luxury world, but that world that was so exclusive is changing because of social media — now you must bring all your know-how and introduce it to a bigger audience,” he says. “To me it’s much more difficult to create something that you’re proud of that’s good, and you can also afford it. To work with the best fabrics in the world and the best atelier in the world, this is my comfort zone. But to do it and think about prices, this is something else — you must balance the emotional and the rational, the need and the desire.” 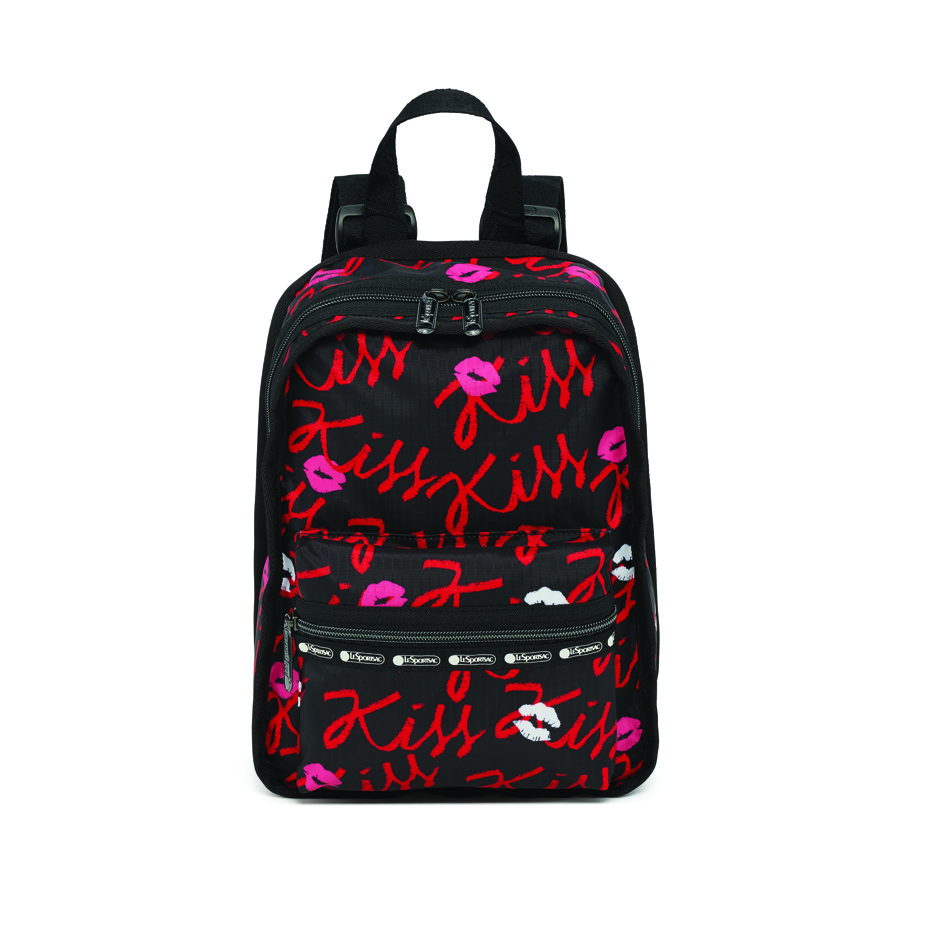 A second capsule collection will roll out in November, featuring a new set of prints — an abstract snakeskin instead of leopard, for one, as well as metallics that feel holiday- and gift-inspired. For both groups, Elbaz says, he enjoyed both the process and its structure. “Before we started on any design, we were given the technical information we actually needed to work around: how many groups, how many pieces, the types of pieces needed, and from there I started to design,” he explains. “Usually I work the other way around: I start with inspiration and dreams, and from there a collection comes together. I found this easier. It was the opposite of everything I knew, and yet it was very freeing, in a way.” 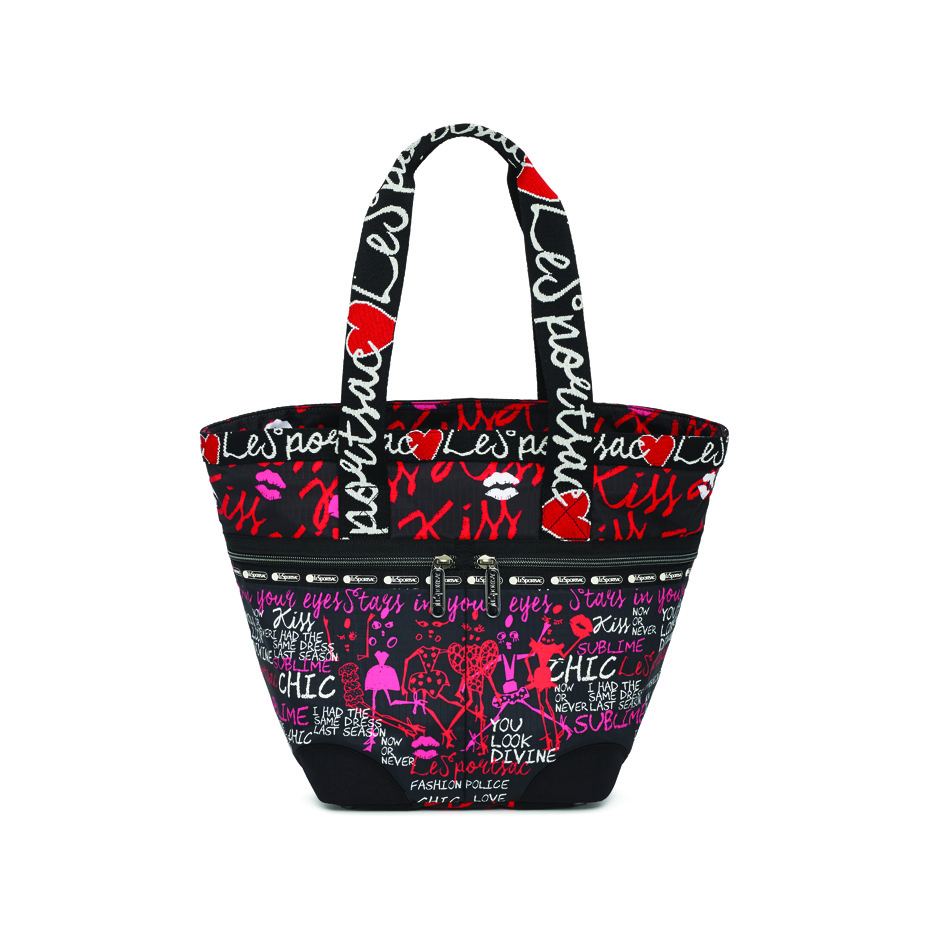 Elbaz seems to be embracing his freedom these days, finding inspiration not only in these limited-edition projects, but also in his travels and the master classes he’s been teaching, including at New York’s Parsons School of Design and London’s Central Saint Martins, the alma mater of Alexander McQueen, Stella McCartney and Riccardo Tisci. “Even more than I wanted to teach them, I wanted to learn,” Elbaz says of the students he encountered. “To be a designer today, you have to know who millennials are, so it was a great opportunity to spend time with them, see how they think and what they’re all about. It was a great learning experience.”

It’s a sure bet Elbaz also was brutally honest about the grueling schedule designers face running a major fashion house, chief among the aspects of that job he doesn’t miss. “For so many years I was working, so many hours and so many days producing and creating these collections,” he remembers. “But I don’t know any other creative endeavor that produces so much in such a short period of time. I don’t know any director who makes eight films a year, or any writer who creates eight novels in a year. It’s been quite interesting to just take the time; I went from being a workaholic to traveling the world and finding the time to just think.”

Elbaz is a designer who’s beloved among fashion fans and editors alike, appreciated as much for his open and unassuming nature as he is for his talent. His absence from Lanvin has been felt both creatively and via significantly lower sales for the luxury brand, but you won’t find any secret glee or satisfaction within him over that turn of events. “I enjoyed my time there — there were some good moments and some less good moments,” he admits. “But for me that company is not just a name; it’s also about the people, about so many people I hired. So I wish them only good. I consider them still my family. Anything else is somehow not my style.”

A Sophomore Slump at Lanvin; Sophomore Jump at Chloe

He’s also heard the rumors, of course. Every time there’s an opening at a Paris-based label, rumblings of “What about Alber?” emerge. Then there’s the occasional speculation on whether Elbaz is the frontrunner to take on Chanel whenever Karl Lagerfeld should choose to retire, though that label has stated emphatically more than once that Lagerfeld has the job as long as he desires.

“Every time that comes up, I think of Karl, and how difficult it must be for him to hear all these rumors,” Elbaz says. “I give him so much credit for what he’s done so successfully for so many years. He’s there, he’s doing a fabulous job, let’s wish him only the best. I know when I was at Saint Laurent, always there was talk of who was going to replace him. I saw how hard it is to be that person. Why would I do that to anyone?” (Elbaz indeed took over the Saint Laurent ready-to-wear collections in 1998 when the legendary namesake designer stepped away from that side of the business. Elbaz was replaced by Tom Ford in 2000 when Gucci Group purchased the house.)

All of these experiences, it seems, have melded to inform Elbaz’s current state of mind. The lone aspect he chooses to remain private is the Paris apartment he shares with his partner, Alex Koo; formerly the merchandising director at Lanvin, Koo exited the label in 2016. In Paris’ 7th arrondissement near the Musee d’Orsay, the couple’s apartment has never been photographed, and likely it never will. “That’s the one thing that’s personal and private,” Elbaz says. “Today, transparency is so big, everything you say, everything you do, is there for everyone. It’s kind of nice to have a cocoon, a place that’s secure and protected.”

And while Elbaz can’t talk about what might be on the horizon — “I’m not very good at saying, ‘No comment,'” he says with a laugh — he’ll be perfectly amenable to discussing what’s next when he’s ready. “People think we start at noon with a glass of champagne, but fashion people work really hard,” he says. “I have now the luxury of taking more time. I’m not in a rush, and I’m doing it my way. I believe things have to be done in a different way than they’ve been done before. When the time is right, trust me, everybody will be happy for me.” 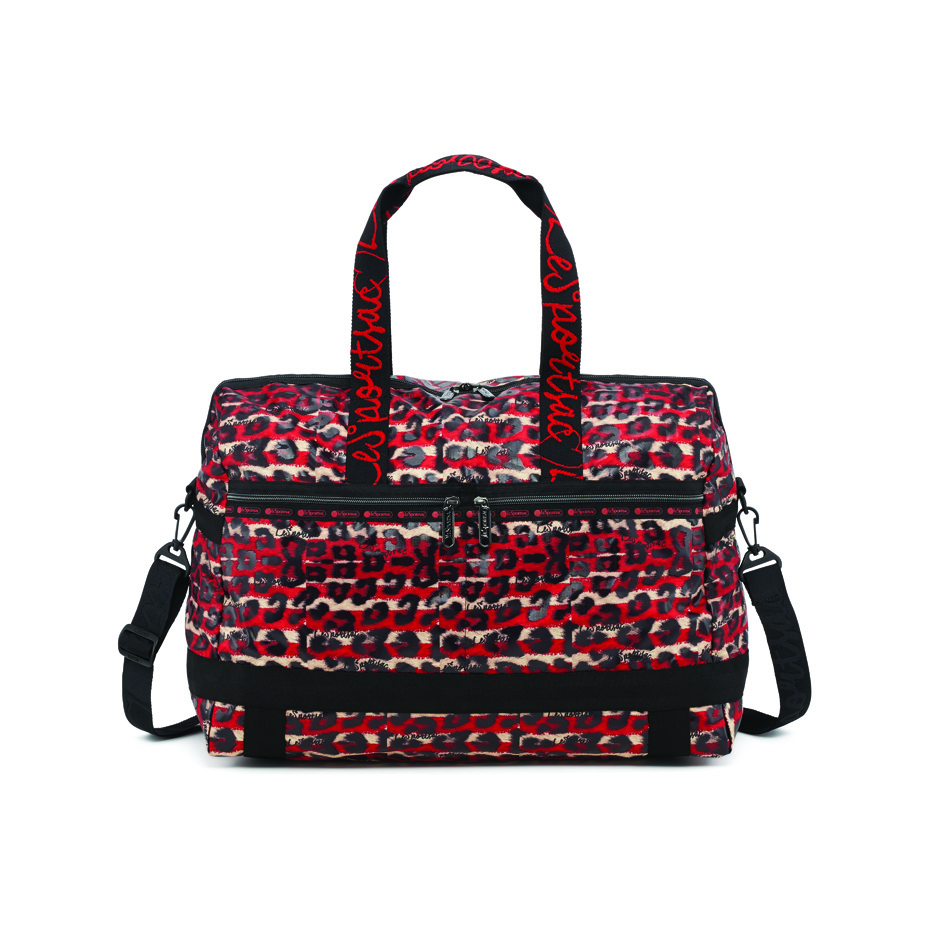