It’s not uncommon for Alexander Skarsgard to attract a lot of attention when he hits the red carpet, but at Thursday evening’s celebration of Louis Vuitton’s Volez, Voguez, Voyagez exhibition at the former American Stock Exchange building in New York, the six-foot-four actor caused a bit more of a ruckus than usual when he stepped out in a new, um, look. 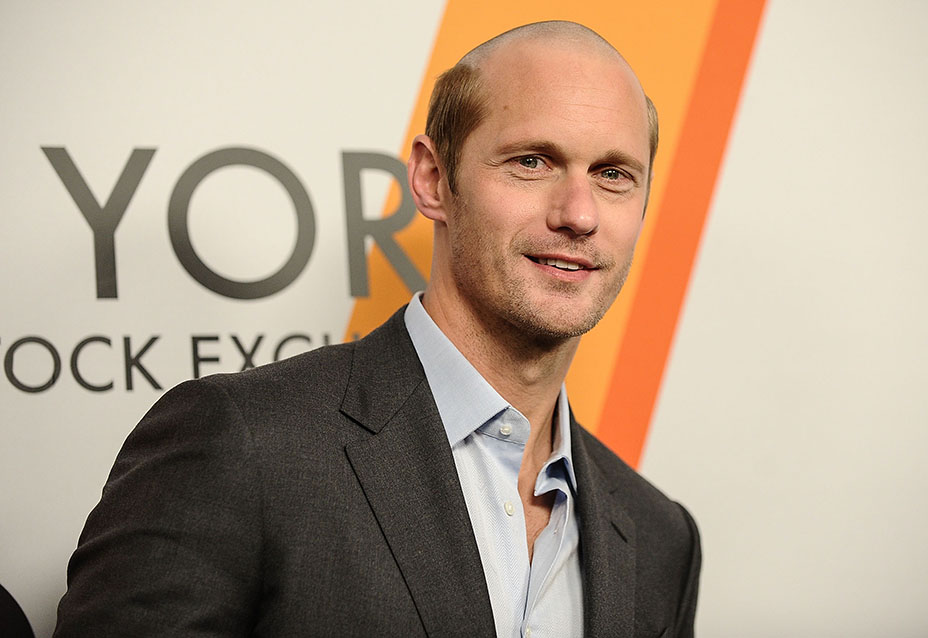 Skarsgard showed off a partially bald head, which he had (hopefully) shaved for his new role in The Hummingbird Project, a drama about high-frequency trading which he is currently filming alongside co-stars Salma Hayek and Jesse Eisenberg. The 41-year-old avoided press at the opening, however he was overheard laughing good naturedly while pointing to his look and discussing his partial-baldness.

The look drew comparisons to Prince William and Ron Howard, and joking accusations of “male pattern baldness appropriation.” Some even compared the style to the stunt pulled by Robert Pattinson in 2014 when the Twilight actor showed up to a red carpet event with the bottom half of his head shaved — save for a tiny rectangular patch above his neck.

The consensus among Skarsgard’s fans, however, seems to be that he’s still as handsome as ever. See below for the best reactions:

WTFFF alexander skarsgard better win a damn oscar for whatever this movie is @TheAcademy pic.twitter.com/CUZUUx9NOa

suddenly rob’s haircut (that shall not be named) not looking so bad. https://t.co/mFhMwrbgxS

Is he playing Prince William? Lol