Aptly named No After Party, the collection features four pieces, including a cheeky pair of cutoff shorts embroidered with the words “No After Party” on the front panel, “Seriously” on the inside waistband, and “Byeeee” on the rear. There’s also a pair of black tights with the No After Party logo emblazoned down one leg, as well as short and long-sleeve t-shirts stamped with the same design. 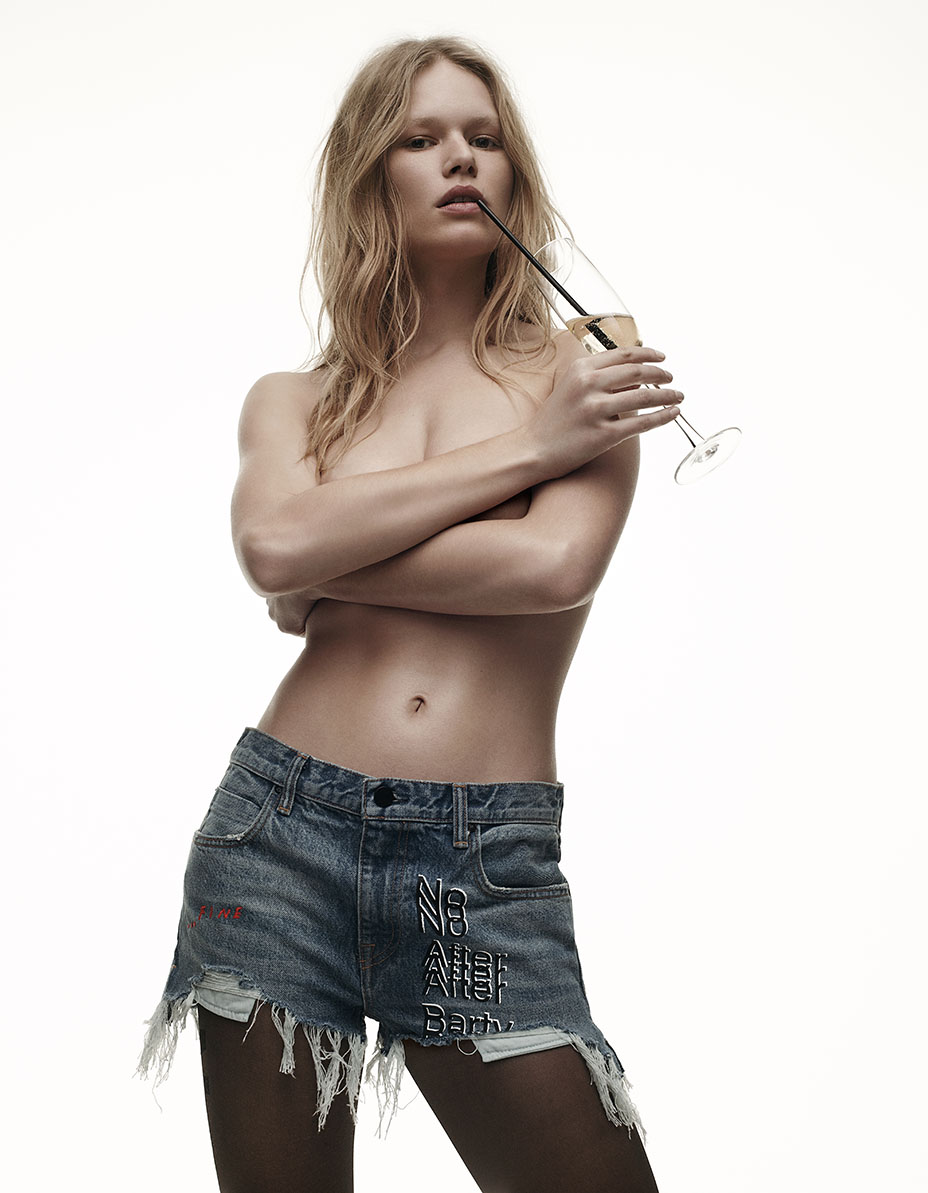 Wang’s wildly inventive afterparties have become one of fashion’s hottest invites throughout the years, held in unexpected locales around the city. Case in point: to fete his spring 2010 collection, the designer took over a gas station in Chelsea; for spring 2014, he invited Nicki Minaj to perform at the food court in South Street Seaport.

On Saturday night, Wang celebrated his fall 2017 collection with a party and a runway presentation at an abandoned theater in Harlem, releasing the capsule collection in stores and online on Sunday in lieu of an official afterparty. The tights that appear in the No After Party capsule collection appeared in the show.