Alfred Tea Room, the millennial pink-hued Melrose Place cafe frequented by celebrities and LA’s fashion set, is making its international debut across the Pacific next month.

After opening kitty-corner from its sister shop, Alfred Coffee, last year (and serving fans ranging the fame gamut, from every member of the Jenner-Kardashian clan, Hailey Baldwin, Chrissy Teigen and Emily Ratajkowski to Bill Clinton and Larry David, to name a few star sightings), the oft-Instagrammed tea haven is arriving in Tokyo, where it’s opening its first two international locations in October — within the same week, no less.

“We opened the tea room in May of last year and within a few months we got interest from a couple parties in Japan” looking to bring the stylish beverage concept there, said founder Joshua Zad in an exclusive chat with The Hollywood Reporter. He’s turned down requests to open Alfred Coffee shops in Australia, Europe and the Middle East, he revealed. Though he originally intended Alfred Tea Room to be the only spinoff location, Zad reconsidered after being approached by Cafe Company, a Japanese food and beverage development group that operates 120 “sophisticated” concepts, all developed in-house, throughout the East Asian country.

Noting the void between high-end tea rooms (where the “experience” lasts a few hours and involves being served by a pro tea master) and lower-end boba shops, “the fact that they wanted to bring a tea house from Los Angeles to Japan” to fill that gap speaks volumes about the company’s confidence in the design-forward L.A. brand, said Zad, who’s also a commercial real estate developer in LA. “They are better than us in [executing] these types of [concepts],” he says. “Anything I can do, they’re definitely doing much better than me.” 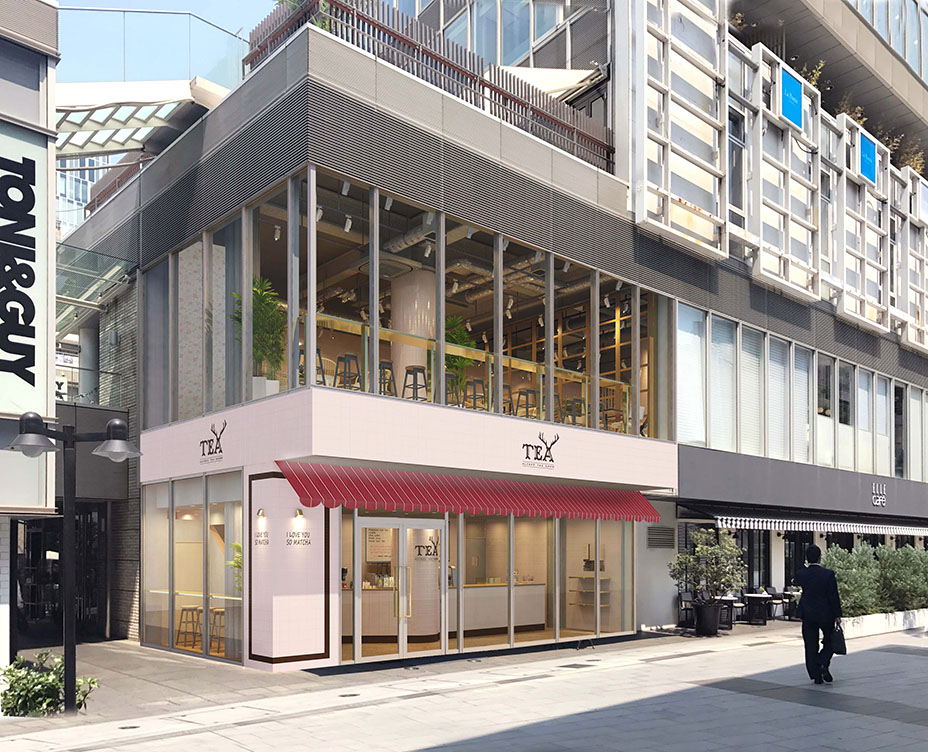 The flagship outpost opens Oct. 20 in the high-end neighborhood of Aoyama, known for its luxury shopping and dining scene, which includes luxury labels like Prada and Comme des Garçons. Located next door to stylish eatery Elle Cafe and just a seven-minute walk from Tokyo Metro’s Omotesando Station, the sleepy stretch is “essentially the Melrose Place of Japan,” said Zad. “[It’s] where the [style] bloggers and celebrities hang out and shop and spend their time. That’s why it’s so important that we open there.”

The Aoyama tea room will occupy a total of 1,400 square feet in a two-story building, which will house the cafe on the ground floor and a “Soho House”-like space upstairs that will be available for tastings and private events.

A location at the bustling Shinjuku Station is slated to debut Oct. 25 and will land “in the heart of it all,” said Zad. Likening the transportation hub to “The Grove multiplied by Third Street Promenade,” the 1,200-square-foot space will feature entrances from the station and the street. 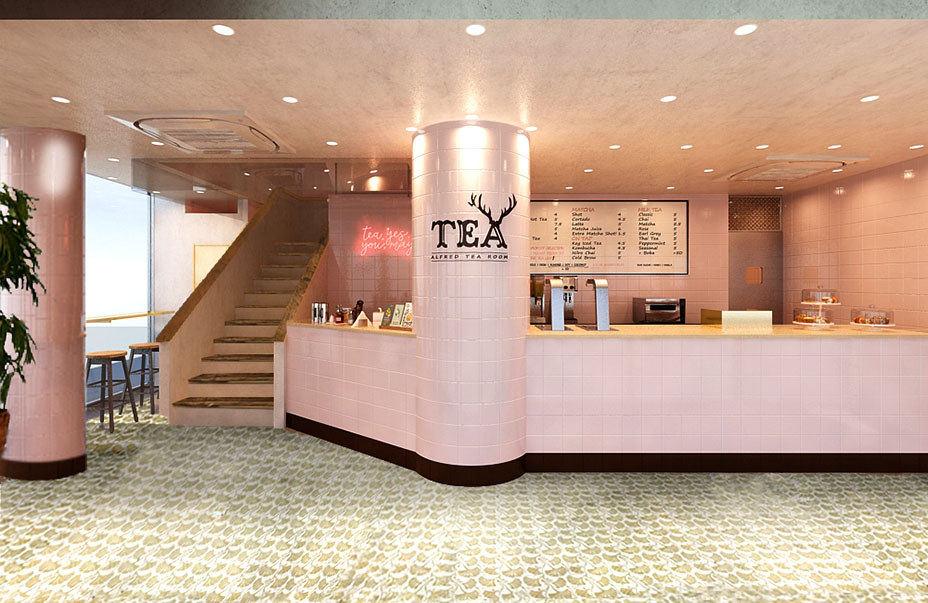 As far as the the interior decor, Japan’s Alfred Tea Rooms will completely mirror the original West Hollywood outpost, which was designed by Zad himself. In other words, expect the same powder-pink and ginkgo-leaf patterned tiling, concrete walls, natural wood floors, brass hardware, butcher block countertops, exposed ceilings and (of course) the signature “Tea yes, you maybe” neon signage.

Japan’s influence will instead flavor the menus, says Zad. The drink menu will be developed in collaboration between Alfred Coffee and Tea Room beverage director Jordan Hardin and Takeshi Ito, tea master and owner of specialty tea salon Luvond, and will include Melrose Place signatures like the “Pink Drink” and “Matcha Sunrise” as specials.

Inside the New Fred Segal Flagship Opening in L.A. This Week

The brass shelves will also stock a mix of merch from L..A and Japan, like canvas tote bags sourced from the U.S. and Japan (“everyone carries two bags…they have their nice bag [and] a mini tote bag,” said Zad), Japanese mugs, and enamel pins, while the staff will be outfitted in Japanese denim aprons.

Given Japan’s well-known devotion to other stylish LA exports like blue jeans, Hollywood, and legendary retailer Fred Segal, the feeling is absolutely mutual for Zad. He first visited Tokyo about 11 years ago for a two-week business school trip, and “that’s when [my] obsession with Japan started,” he said. It wasn’t until last December, when he finalized the deal with his Japanese partners, that he finally returned to the Asian country.

Up next? At least 30 more Alfred Tea Room locations in Japan, including in Osaka and Kyoto, revealed Zad. In fact, they’re already busy eyeing locations for the third and fourth outposts.