Alicia Keys, host of the 62nd Grammy Awards and winner of 15 Grammy Awards, opened the evening with a moving tribute to Lakers star Kobe Bryant. The singer wore her hair in simple but chic cornrows with perfectly placed kiss curls around her forehead, the same style she sports on the cover of her upcoming album, Alicia, released in March.

The look, courtesy of hairstylist Nai’vasha Johnson, was given a twist for the Grammys with the addition of crystals along her hairline and in the corner of each eye. Johnson braided the singer’s hair into six chunky cornrows and then pulled it into a simple chignon at the base of her neck, using T3 tools and Emerge hair products.

Her luminous, no-makeup look was the work of makeup artist Romy Soleimani, who kept it simple with glowy skin (using her favorite Whal Myung Skin Elixir), a cat eye and glossy lids and lips. 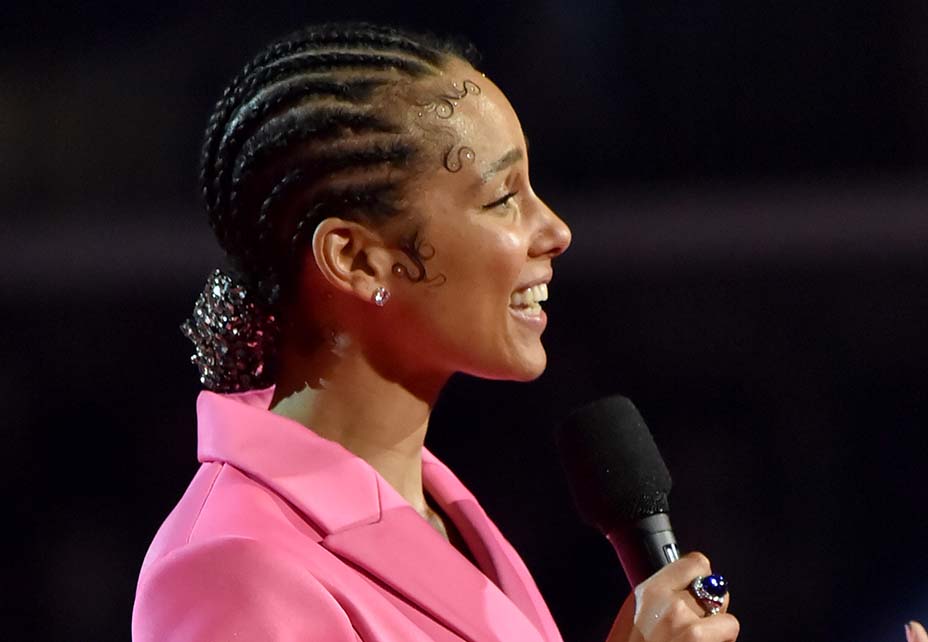 Over the course of the show, Keys added some accessories, including a pink crystal hair net to match a hot pink suit and a jewel-encrusted gold barrette.