From collaborations with the artist Takashi Murakami and skater brand Supreme to architect Frank Gehry and the late fashion designer Karl Lagerfeld, Louis Vuitton’s iconic monogram motif has undergone countless reinterpretations — many of which are on display in Los Angeles starting Friday as part of Louis Vuitton X, the luxury French fashion house’s new exhibition housed in the former Brooks Brothers flagship on Rodeo Drive.

Alicia Vikander, Jennifer Connelly, Millie Bobby Brown, Hailee Steinfeld, Miranda Kerr, Orlando Bloom, Nina Dobrev and Riley Keough were among the Hollywood guests at Thursday night’s grand opening soirée for the 10-room exhibit, which showcases the heritage brand’s 160-year history, starting with its beginnings as a luggage company founded in 1854 and leading up to its current era helmed by women’s artistic director Nicolas Ghesquière and men’s artistic director Virgil Abloh. Following the starry preview, guests including Connelly, Steinfeld and Jaden Smith (who snapped photos of the exhibit on a disposable Kodak camera) continued to the afterparty, held at the legendary Sheats-Goldstein Residence.

'Snowpiercer' to End With Season 4 on TNT 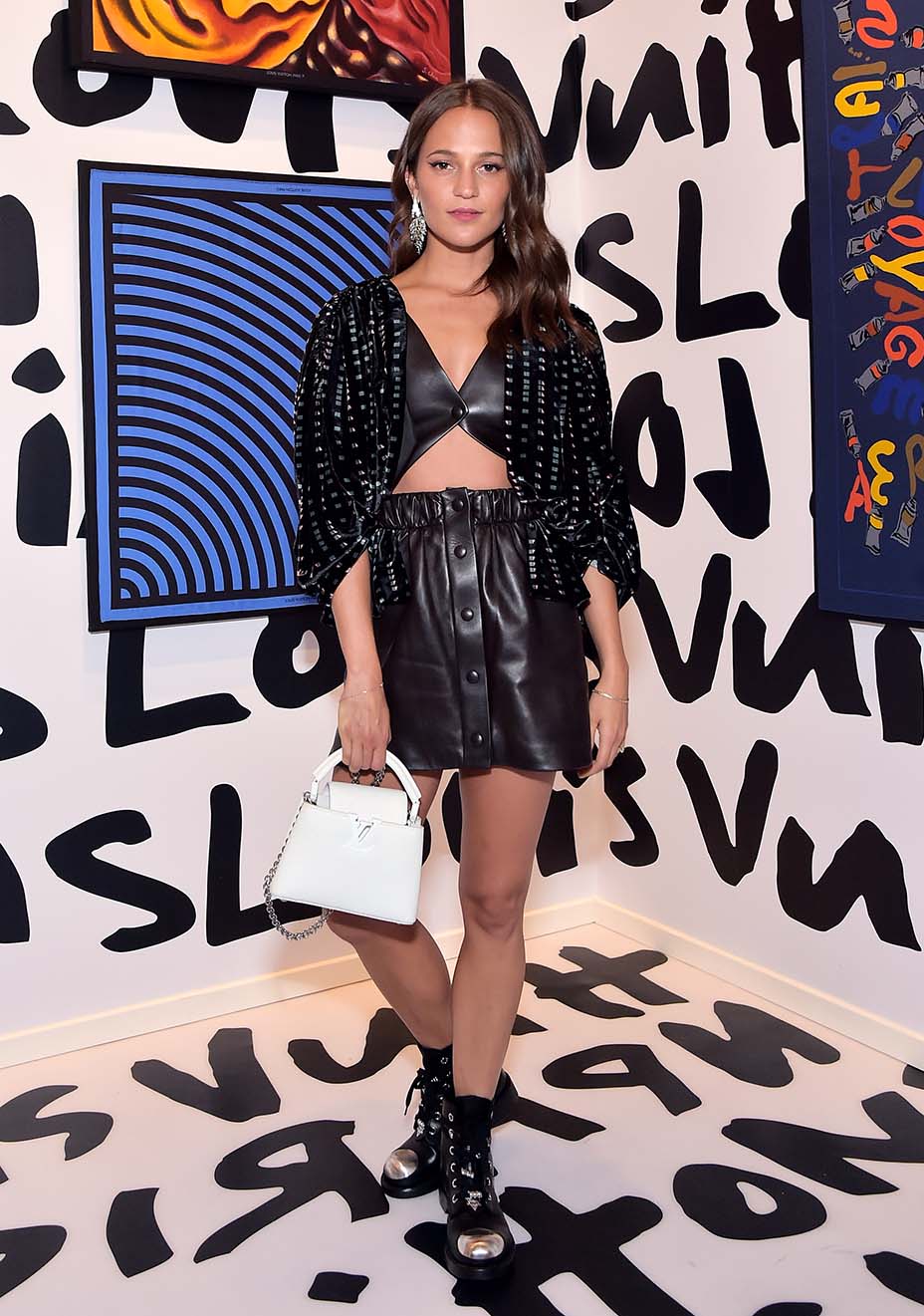 Standing in the “Lights, Camera, Action!” room (where visitors can gaze upon 31 red carpet gowns worn by Nicole Kidman, Michelle Williams, Taylor Swift, Chloe Moretz and Emma Stone, as well as Vikander and Connelly), Vikander took a trip down memory lane after seeing the block-patterned sequin dress she wore to the 2016 SAG Awards: “I had to leave that night, so I actually ended up at [the Los Angeles International Airport] wearing that dress, having to go on the flight. They actually held the plane!” she told The Hollywood Reporter.

Of Ghesquière’s fall/winter 2019 show at Paris Fashion Week and last month’s cruise 2020 show in New York, the Academy Award winner said, “I’m a huge fan of the ’80s, [so seeing] the runway at both those [shows] I got really excited. I think it might have been one of my favorites.” (Naturally, the brand ambassador wore head-to-toe Louis Vuitton, including dangling silver earrings inspired by the Chrysler building.)

Motioning to the floor-length studded black leather gown that she wore to the 2016 BAFTAs, Vikander revealed how heavy the custom-tailored dress was: “So many kilos when you put it on!”

The actress continued: “You do feel [the quality] when you wear [the dresses].  It is, as you can see, truly a piece of art, and I even remember the first time in my career when I first wore a couture dress. You feel the hours and the craftsmanship and the detailing… they’re worthy of being in the museum!”

Inside #LouisVuittonX. The new exhibit devoted to #LouisVuitton’s many artistic collaborations is opening on June 28th in Beverly Hills. Find out more via link in bio.

After seeing the awards show gowns on display, Connelly told THR : “I’m thinking about our evenings that we had together, seeing everyone in them. … [The dresses] capture everyone’s personality. I think that Nicolas has such a talent for that: expressing one theme in so many different ways. The craftsmanship, every aspect of the dresses, is so impressive.

“My memories of the dresses are always wrapped up in my memories of time spent with Nicolas and my fondness and appreciation of him as an artist and also as a friend,” the actress continued. “The history of the house is so rich; it’s wonderful to see the bags and the trunks and all of the collaborations all together in one place.” 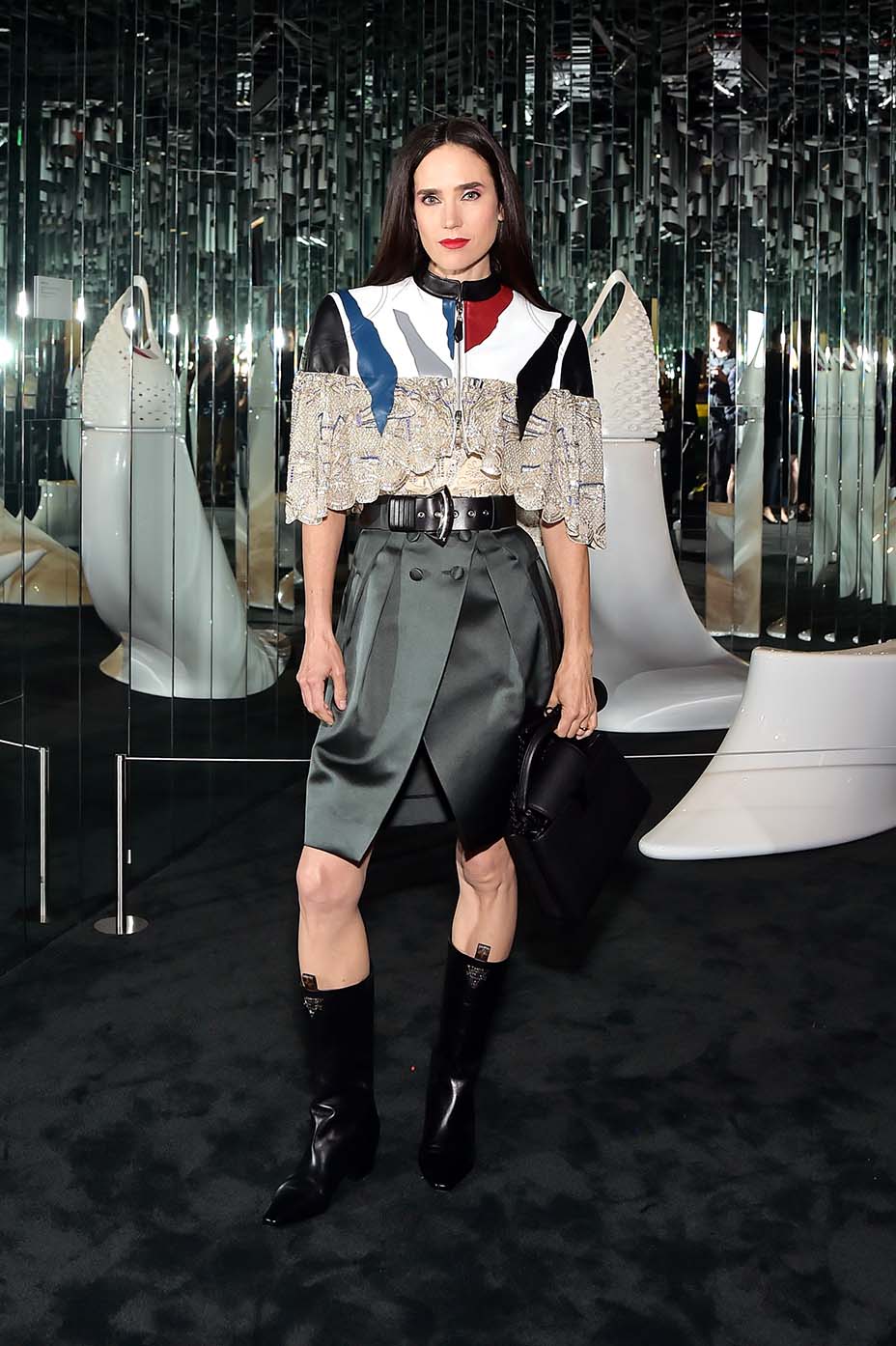 Running through Sept. 15, the free and open-to-the-public fashion exhibit features over 180 items from the maison’s archives, such as original sketches and window displays created by Gaston-Louis Vuitton (the grandson of the house’s founder); a punching bag designed by Lagerfeld; a sculptural handbag by architect Zaha Hadid; and weekender bags reimagined by artist Richard Prince as well as ready-to-wear from the years that Marc Jacobs served as the luxury brand’s creative director (1997-2014), among other treasures.

Instagram-friendly corners include a room where guests can see a Louis Vuitton artisan in action and a hallway filled with print-happy silk scarves. The summer-long retrospective also marks the unveiling of the brand’s Artycapucines collection, which features its iconic Capucines bags (named after the Parisian street where the the brand’s first store opened) reimagined by contemporary artists Sam Falls, Urs Fischer, Nicholas Hlobo, Alex Israel, Tschabalala Self and Jonas Wood. 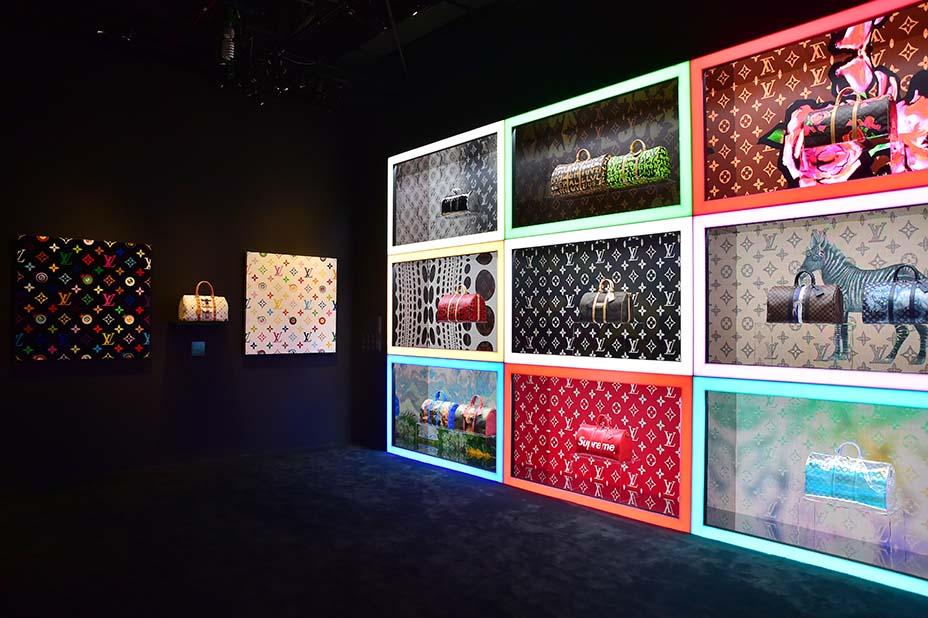