“I haven’t stolen anything from the show, I’m too much of a goody-goody in real life,” said Alison Brie when asked about the flashy ’80s leotards worn in Netflix’s hit female wrestling show GLOW and designed by Beth Morgan (Emmy nominated in 2004 for Deadwood). “Years from now, when the show is over, I might grab that purple Members Only jacket, which is not really Members Only, it’s a child’s jacket!”

I caught up with Brie on Saturday night, when Harper’s Bazaar and the Costume Designers Guild got together to celebrate the talents that create the looks for TV’s hottest shows, including The Handmaid’s Tale, This Is Us, Empire and RuPaul’s Drag Race. 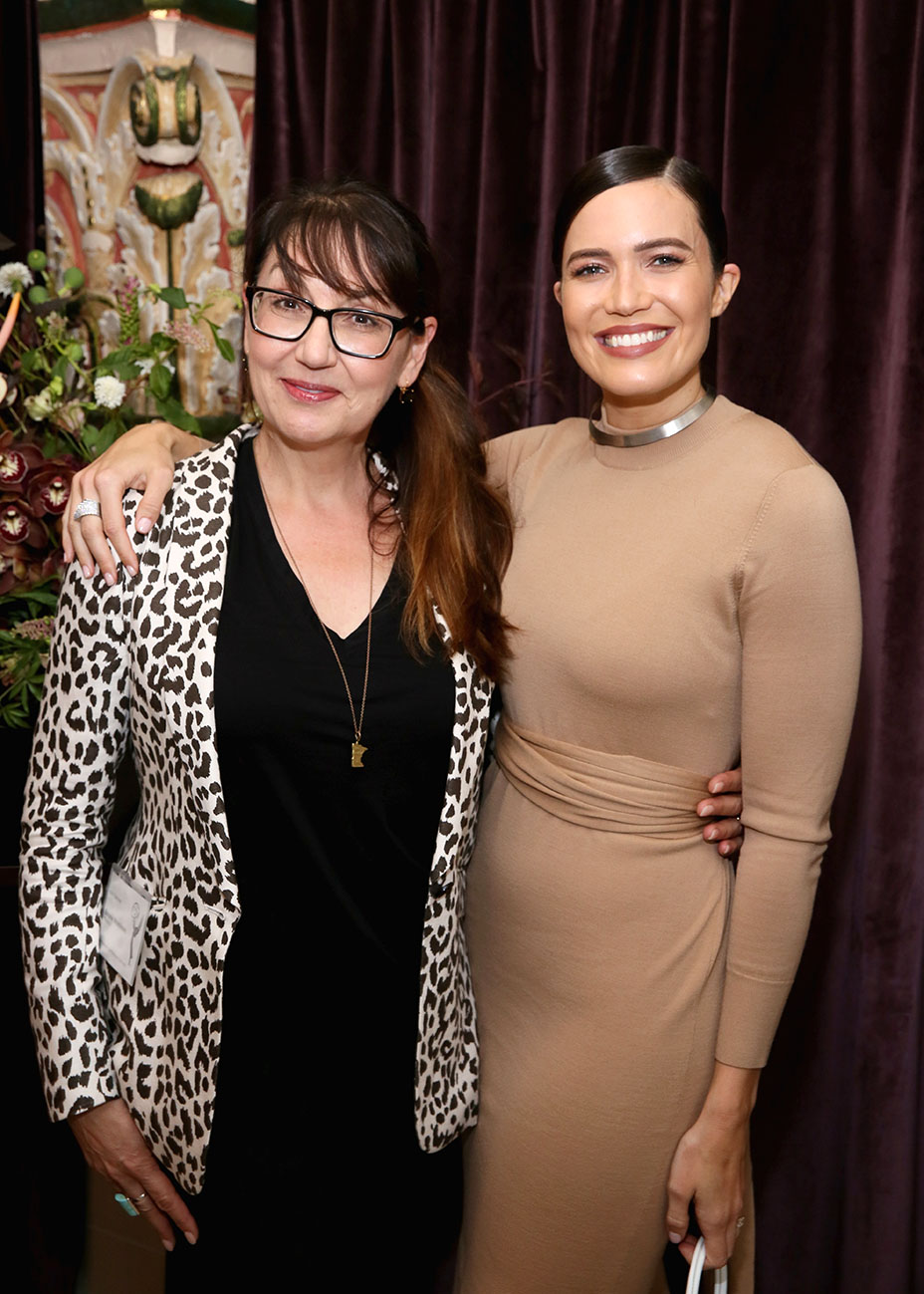 The evening kicked off with the opening of the stellar 12th annual Art of Television Costume Design exhibition at the museum at the Fashion Institute of Design and Merchandising, before the well-heeled crowd decamped to the NoMad Hotel for a dinner co-sponsored by the The OUTNET.com.

Several stars showed up to support their character-image gurus. When asked if she ever feels conscious strutting her stuff in the high-cut styles on the show, Brie said, “Not at all. A lot of that has to do with how many women there are on set. There are 14 women along with me wearing tight outfits and it’s such a body-positive environment with women of all shapes, sizes and workout backgrounds. We are not thinking of our bodies as actresses but more like athletes.” 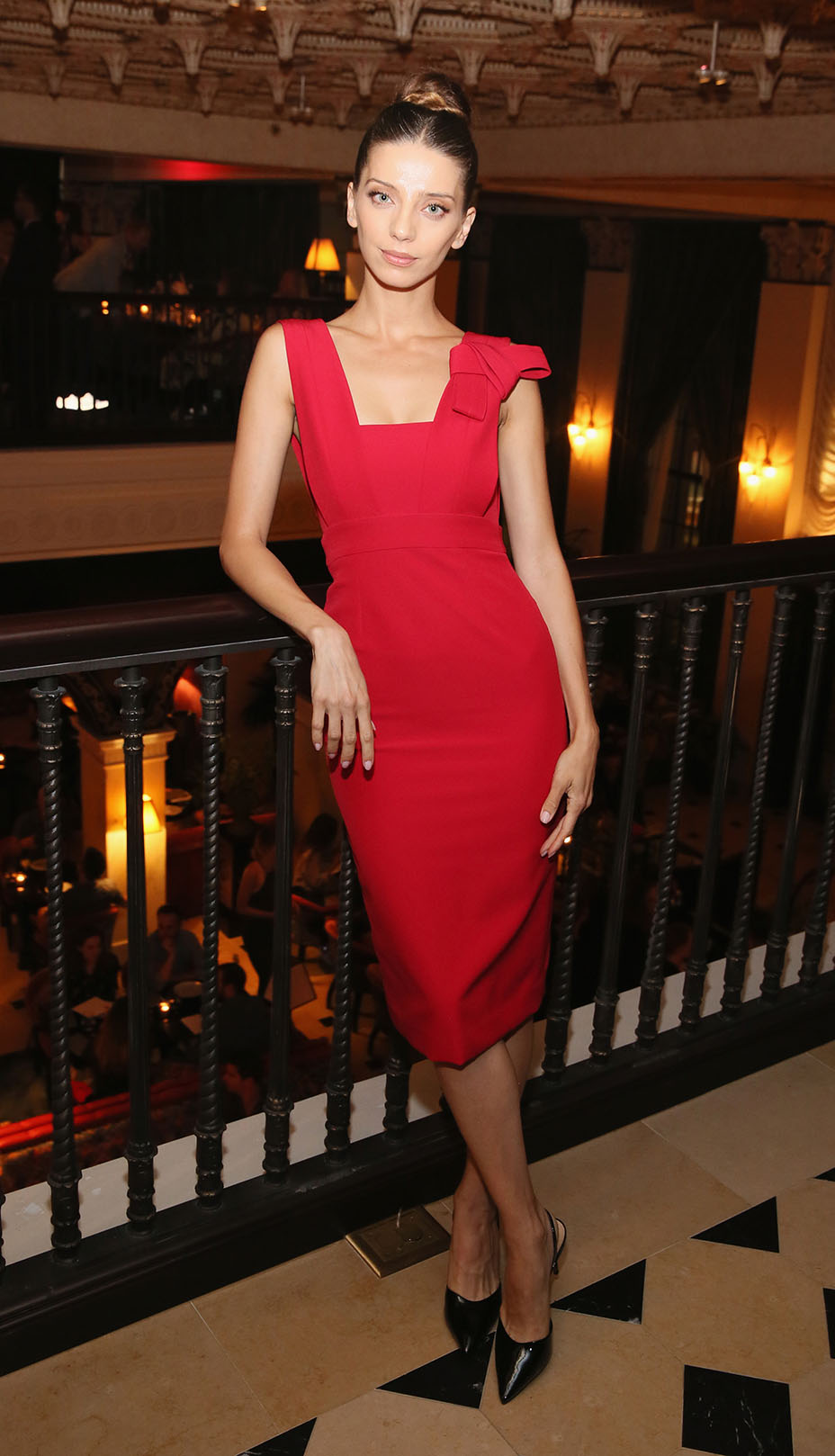 Angela Sarafyan, who stars in Westworld, also has yet to snag any costumes by designer Sharen Davis (up for an Emmy for her work on HBO’s sci-fi drama). “All the clothes are exquisitely made based on actual vintage pieces; the white dresses are so ethereal and intricately detailed, I couldn’t possibly take one but I would love to,” said the actress, who admits to being a fan of vintage clothing in real life. 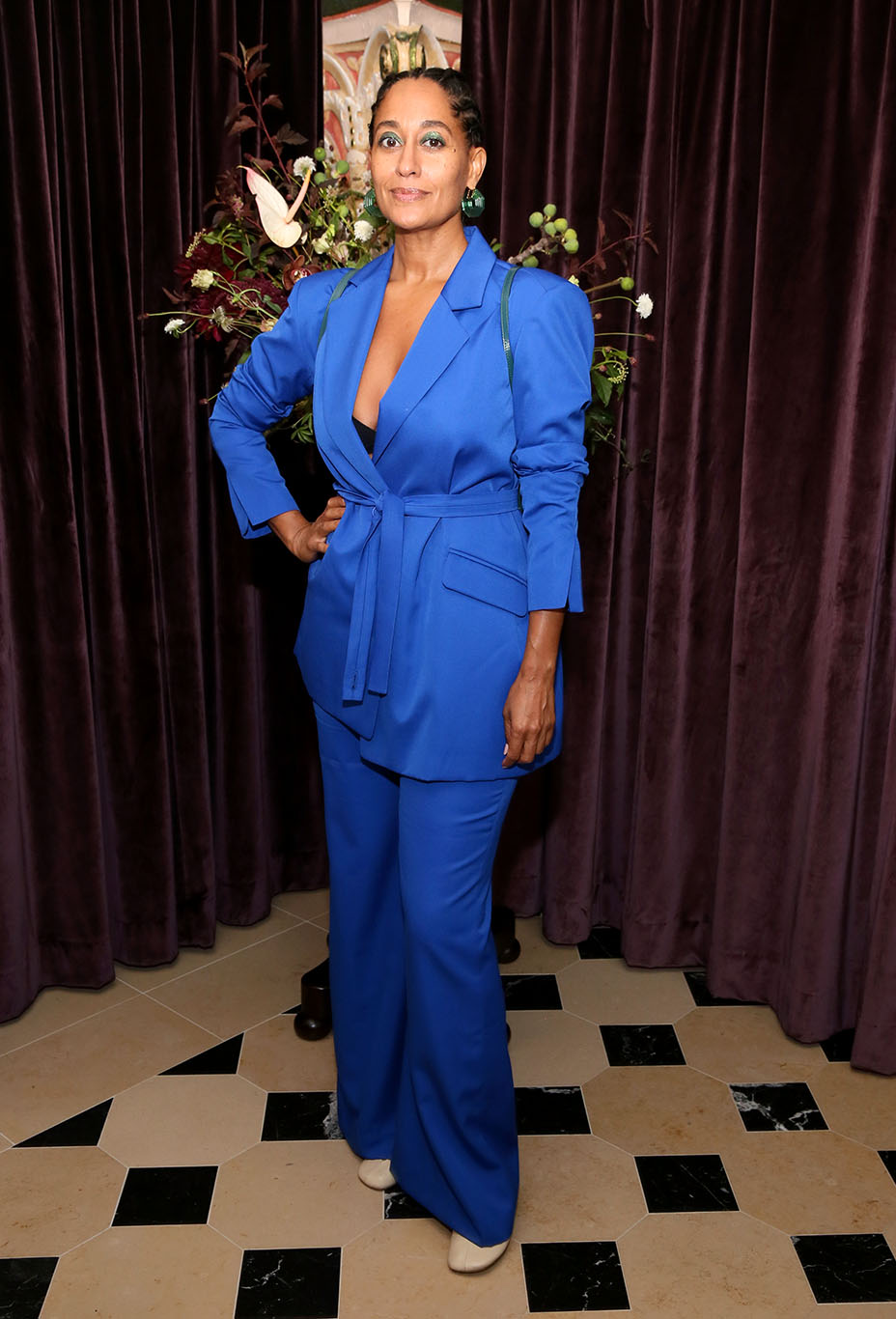 For Black-ish star Tracee Ellis Ross, who dressed herself for the evening in a suit by London’s House of Holland (“I can still dress myself, you know, I was a stylist in the past!” joked the high-profile client of super stylist Karla Welch), it’s her characters’ contemporary clothes she ends of coveting. “I have this beautiful Alexander McQueen pink wool blazer with a laser cutout flower on back I kept, and also a vintage strapless dress from Girlfriends.” 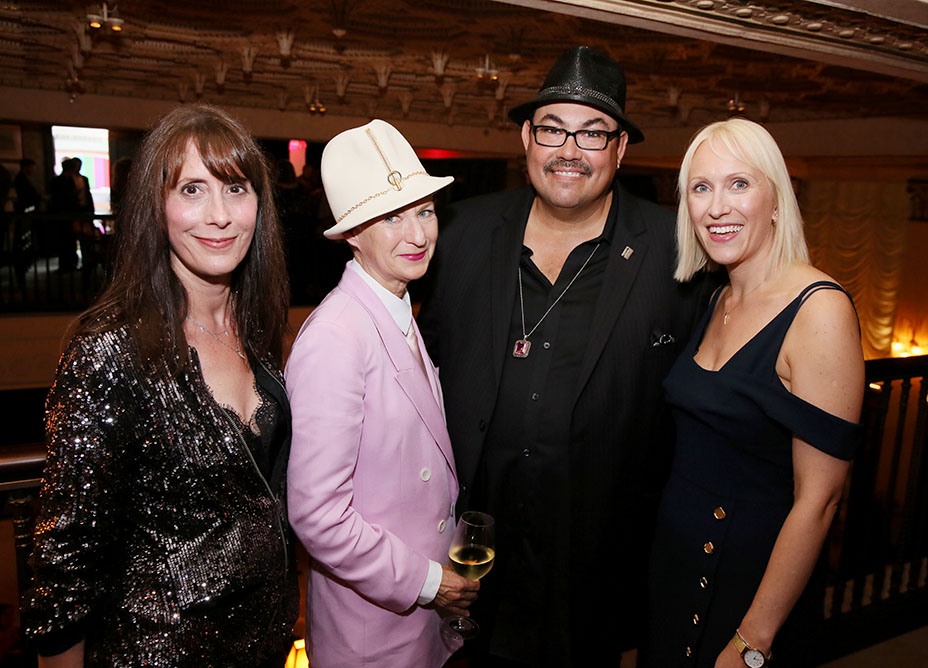 There were plenty of costume designers in attendance, too, including Janie Bryant, whose work will next be seen on Matthew Weiner’s Romanovs, and Mona May of zombie comedy Santa Clarita Diet, who made sure the items she gave to the exhibition came complete with blood stains. “There are too many pretty clothes! I had to do something to attract attention,” she said.

Always dressed impeccably herself, Lou Eyrich, who is Emmy nominated for her work on The Assassination of Gianni Versace: American Crime Story, was wearing a pale pink pantsuit and vintage Yves Saint Laurent hat. “I actually used it in an episode of American Horror Story,” she said. 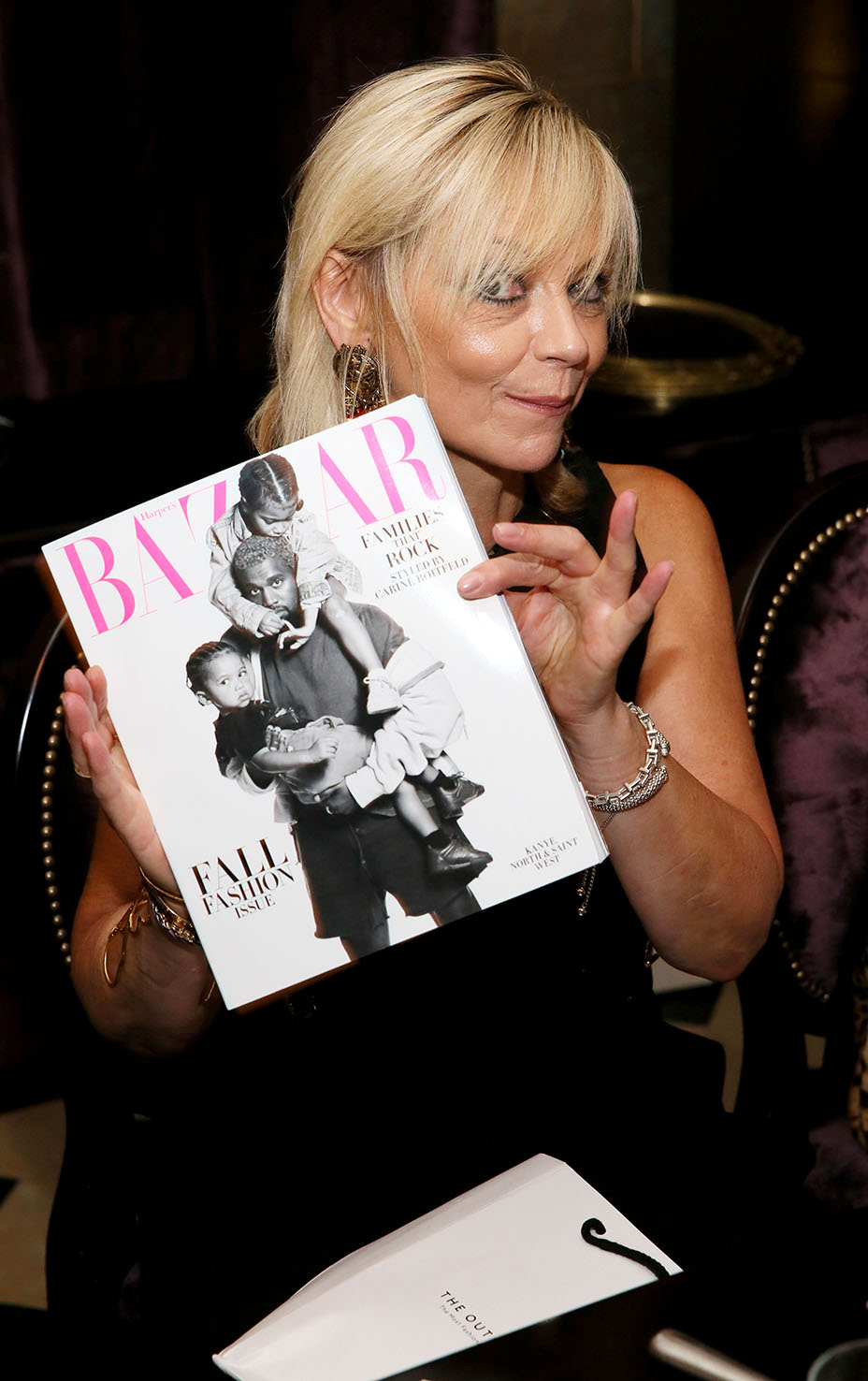 “Having this insider perspective is so amazing,” said Harpers Bazaar executive fashion and beauty director Avril Graham, as the dinner conversation began to heat up. At issue? How 2018 Emmy-nominated costume designers Paolo Nieddu (Empire), Ane Crabtree (The Handmaid’s Tale), Zaldy (RuPaul’s Drag Race) and Hala Bahmet (This Is Us) would have made over Madonna on the occasion of her 60th birthday. Consensus of the spirited exchange? Madge missed an opportunity, big time.

Attention Hollywood showrunners, this could be reality show gold!