Odell Beckham Jr. has always been known as a fan of fashion, but his latest style statement is getting him in trouble both on the field and off.

On Sunday, the Cleveland Browns wide receiver wore his pricey Richard Mille watch, an RM 11-03, priced at $189,500, during a loss to the Tennessee Titans. It was noticed during play, and later the NFL pointed out that the watch violates the league’s policy of wearing “hard objects” on the field.

Beckham objected, telling reporters Tuesday he intends to keep wearing the watch. “The same way I wear it every day, at practice, I go here, I go there. I’ve been wearing it. Take a shower with it on. It’s just on me,” he said.

Kevin Spacey's Rise and Fall to Be Explored in Doc Series at U.K.'s Channel 4 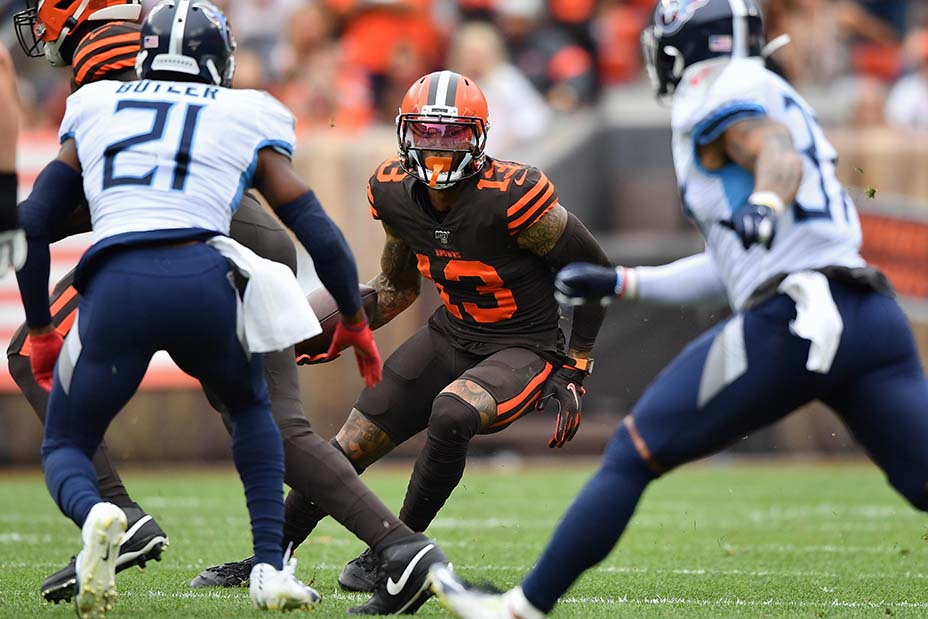 Athletes wearing their Richard Mille watches during competition is nothing new: Rafael Nadal had his RM 27-03 timepiece on when he won his 19th Grand Slam title at the U.S. Open on Sunday, while polo player Pablo MacDonough and golfer Bubba Watson also have sported the brand during play.

But a football game? That’s unusual, Richard Mille spokesperson Laura Hughes noted when asked about Beckham. “He wore it during training camp, and that got some coverage, but I was definitely surprised that he wore it during a game,” she told The Hollywood Reporter.

Nadal, MacDonough and Watson are all Richard Mille brand ambassadors, as are such Hollywood A-listers as Margot Robbie, John Malkovich and Michelle Yeoh. Nick Jonas isn’t a brand ambassador but has been spotted wearing Richard Mille, most recently during the launch of his tequila collaboration with fashion designer John Varvatos. Beckham likewise isn’t a brand ambassador, but he is a valued client who often has been seen wearing his RM 11-03, Hughes said, though Sunday was the first time the sighting occurred during a game. 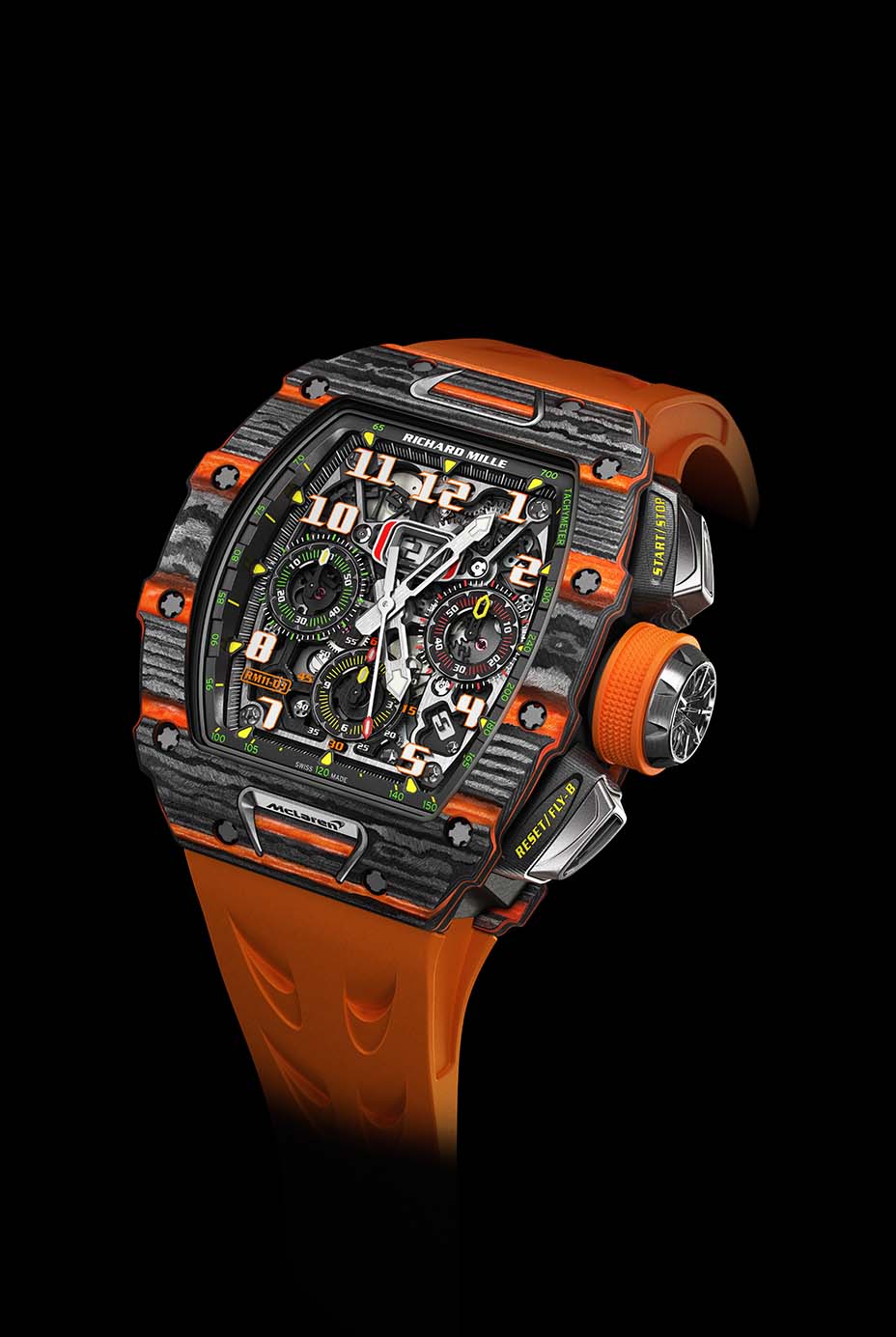 Limited to 500 pieces and priced at $189,500, the RM 11-03 was released during the Geneva International Motor Show in 2018. An automatic flyback chronograph designed in collaboration with McLaren Racing, the watch features an oversized date and month indicator, a 60-minute countdown timer at the 9 o’clock position and a 55-hour power reserve. Grade 5 titanium is used for the crown, pushers, baseplate and bridges as well as for the spline screws that have become a signature of Richard Mille watches; a variable-geometry rotor, meanwhile, also has a central flange in grade 5 titanium and is designed to respond to the wearer’s activity in sporting or non-sporting environments.

The skeletonized movement is placed within a case crafted of Carbon TPT and Quartz TPT, an exclusive composite material developed by Richard Mille. TPT is short for Thin Ply Technology and results from fusing together 600 layers of parallel filaments to create a unique look on a case that’s also extremely lightweight and resistant to elements like the high g-forces an F1 driver encounters on the track. “It’s extremely light and ergonomic and was designed for drivers and the effects of g-forces, so in that respect it’s very much a sports watch,” Hughes says. The piece is finished with an anti-glare sapphire crystal and a rubber strap. 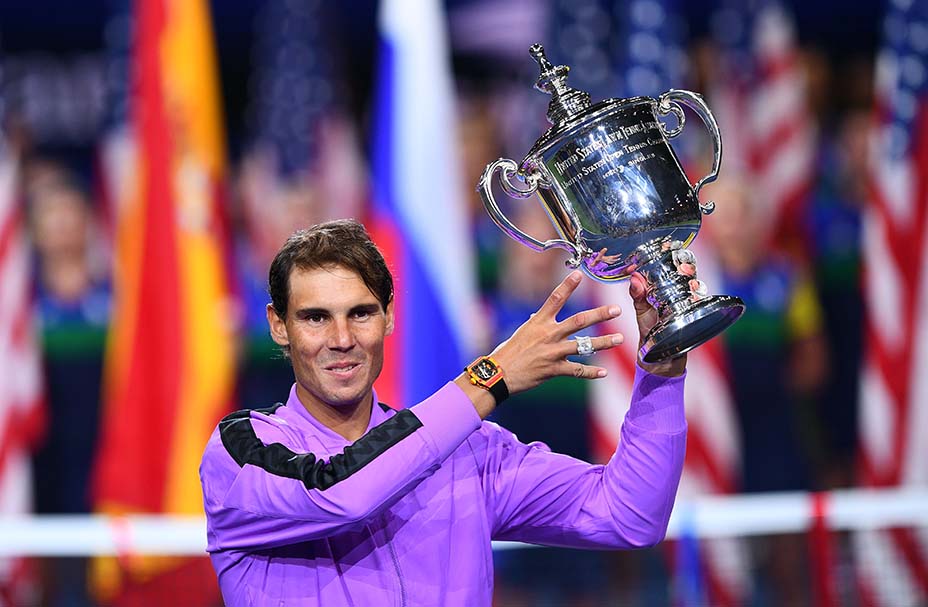 Hughes says she wasn’t aware of the headlines that sprung up Sunday during Beckham’s game, primarily because she was watching Nadal, who was wearing his own RM 27-03, a manual winding tourbillon created in collaboration with the tennis great in 2017. Not unlike the RM 11-03 and its racing origins, Nadal’s RM 27-03 was crafted to withstand the g forces of a professional tennis player’s swing, while the case’s mix of yellow and red tones is an homage to Nadal’s Spanish heritage.

Beckham is expected to wear his RM 11-03 at the Browns’ next game, set for Monday night at New Jersey’s Metlife Stadium against the New York Jets. Will Hughes be watching? “This has been a new scenario for Richard Mille — it certainly illustrates how the sport of football and its massive audience can dominate a conversation in America,” she said. “It’s been interesting at the very least to watch it all play out — as for Monday Night Football? Sure, I’ll watch that game.”