About 40 minutes into Very Ralph, the documentary’s subject, Ralph Lauren, is hard at work with his team sizing up fit models decked out in looks which require refining. Lauren seems dissatisfied with the ensembles until a statuesque blonde enters the frame, striding confidently toward him. Beneath a brass-buttoned plaid blazer, she sports a mannish dress shirt and silk ascot. Taken by the outfit, Lauren tells his people definitively: “She looks sophisticated — that’s what I like.”

Sophisticated is what Very Ralph is, thanks to its director, Susan Lacy. The Emmy and Peabody award-winner is documentary film’s equivalent to Lauren — that is, she’s an icon who created and executive produced American Masters and has applied the high production values and reverent tone characterizing the PBS biographical series to Very Ralph, which is her first film about a fashion designer and follows her critically acclaimed docs about Jane Fonda and Lauren’s friend, Steven Spielberg.

Produced amidst Lauren’s 50th year of operating his brand, Very Ralph — which is set to premiere Tuesday on HBO — addresses a few of the crises which have beset it from a “certain point in the early days when Ralph almost lost the whole business,” explains director Joel Schumacher. (Back then, he worked for Halston, and he refers to the early 1970s when Polo Ralph Lauren was rescued from bankruptcy by retail executive Marvin Traub.)

Later, a montage of newspaper headlines conveys an awkward management shift which began in 2015, when, amidst a “share price slump,” Stefan Larsson succeeded Lauren as his brand’s CEO yet was soon replaced by the current one, Patrice Louvet. “A lot of people have come and gone over there because they have tried to introduce a new way of thinking and that’s…that’s not possible for Ralph,” explains Vogue editor-in-chief Anna Wintour. 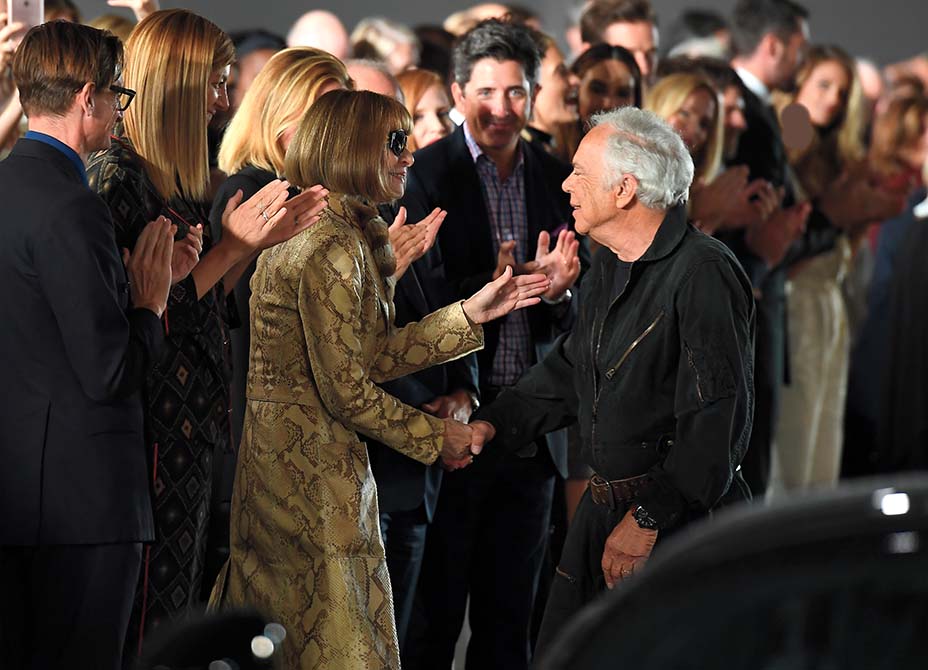 Wintour is one of 37 individuals — including five members of Lauren’s immediate family and two executive team members — whom Lacy interviewed. As Wintour speaks, she provocatively raises her eyebrows, while her remarks are accompanied by moody orchestral music by Very Ralph’s Emmy-winning composer Brian Keane. Despite such flourishes and the business intrigue, Very Ralph is no Succession. Ralph Lauren’s status as a publicly traded company means that Lacy likely had no alternative than to play it safe. And so throughout this lengthy, 108-minute film there are no startling revelations, no unsupervised roaming of the mahogany-paneled halls of Polo Ralph Lauren’s New York corporate headquarters, or even an investigation of his celebrated design archive.

The doc is almost completely void of tension. Lacy portrays Lauren shedding tears amidst the grand finale of the 2018 runway spectacular that marked his half-century in business. Some frayed nerves — which surely must have permeated the anniversary blockbuster or the many shows which the film highlights — might have lent it pace.

Methodically, however, Lacy examines, in chronological sequences, Lauren’s staggering achievement of the “American Dream” as he strategically built a mega-brand that went beyond fashion and embraced the more comprehensive lifestyle category. “When we were all coming up — we were just thinking about fashion collections,” admits Calvin Klein. “Ralph was thinking about his brand. Nobody else was thinking about that. He was creating his own world.”

Rivals are rare interview subjects in fashion documentaries, and the input of a heavyweight such as Klein, as well as Donna Karan, weighing in on the arc of Lauren’s career and how it impacted their own makes this film worth watching.

Meanwhile, Lacy suggests that Frank Lifshitz, a struggling Polish-émigré commercial artist, trained his son Ralph’s sharp eye. (Jerry, Ralph’s older brother and executive vp menswear, eventually changed their surname to “Lauren.”). Lauren never learned to sew or sketch. Pioneering brand-name designer menswear was an organic offshoot of the wardrobe he (while in his 30s) commissioned from tailors, adapting that style of bespoke handiwork for women — thanks to the encouragement of his wife-muse Ricky and “right hand” Buffy Birrittella — resulting in his fortune. 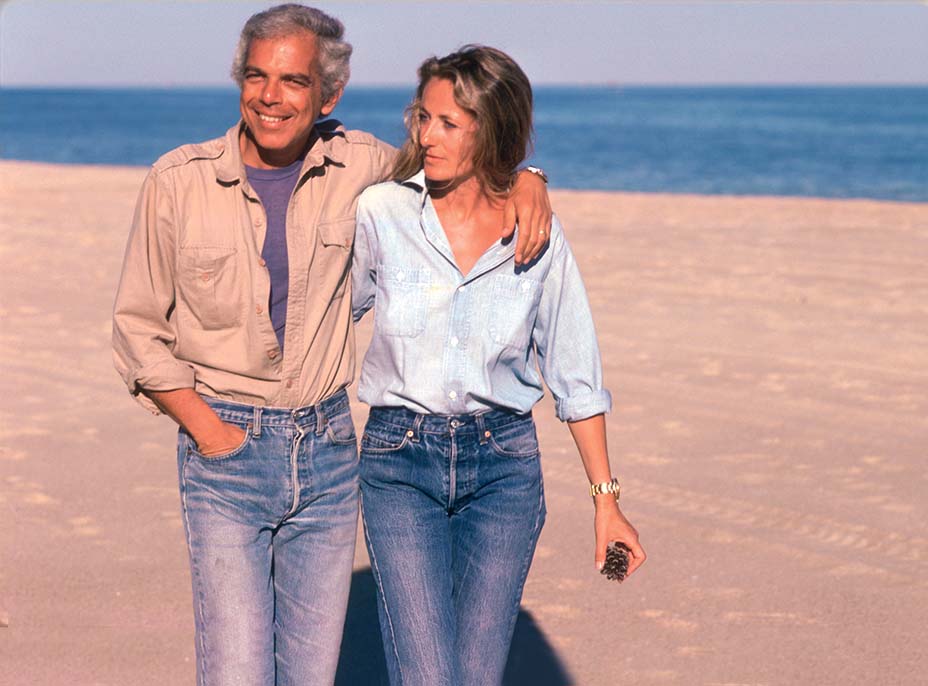 Very Ralph revisits the revolutionary fashion advertising campaigns, which Lauren masterminded with photographer Bruce Weber. But Weber, who is currently the subject of a sexual misconduct lawsuit, was not interviewed; although Kristin “Clotilde” Holby, their first star model, reveals the transformation she experienced as Lauren insisted that she remove the heavy makeup of her Paris modeling days and face Weber’s camera au naturel.

Lauren’s notorious fascination with Old Hollywood is an ongoing theme. Journalist Richard Cohen likens his business acumen to that exerted by the major film studio founders including Louis B. Mayer and Sam Goldwyn. Woody Allen shares his preference for Ralph Lauren tweed, yet never elaborates on the designer’s contribution to Annie Hall’s wardrobe, even though it made his name.

The final act acknowledges Lauren’s position as a globally beloved “ambassador of American culture,” explains his son, David Lauren, while Hilary Clinton speaks to Lauren’s funding the 10-year restoration of 1813’s Star Spangled Banner flag, saying, “He understands icons because he is one.”

That’s undeniable. But Very Ralph might have benefited from fewer glam still-life portraits of its subject and fewer interview subjects clad in Ralph Lauren espousing his greatness. Midway through the film, there is a fascinating segment in which Birrittella explains the “entire” day of labor that once went into fitting and perfecting the making of Lauren’s women’s shirts. Although the archive footage illuminating the process depicts men and women powering sewing machines in a crowded environ, that was actually not a Ralph Lauren workroom.

So where are the craftspeople who created the sketches and plied the seams (not to mention the legions of creative directors) and helped to create that recognizable “very Ralph” look? Many are captured standing behind the fashion demigod or silently huddled around him.