Long before the Emmys, Allison Janney fell in love with the raspberry-hued, sequined Prabal Gurung gown she wore to the 2018 Emmys in Los Angeles on Monday night.

According to stylist Tara Swennen, the duo originally found the look while hunting for Janney’s Oscars dress. While the Mom sitcom star didn’t end up wearing it (she ended up accepting the best supporting actress award for her role in I, Tonya in red Reem Acra), Swennen told the designer’s team she would call them back in September. “Sure enough, that’s exactly what we did,” says Swennen. “Somehow we lucked out, and they remade it for her.”

What do they love about the look? “It’s an unusual color, it’s bold and daring,” says Swennen, who finished off the elegant long-sleeve look with Stuart Weitzman shoes and a clutch by Tyler Ellis. “Allison is willing to embrace anything as long as it’s tasteful and fun.”

Janney, who has seven Emmys, was nominated in the outstanding lead actress in a comedy series category for her role as Bonnie Plunkett in Mom. She was up against Pamela Adlon (Better Things), Tracee Ellis Ross (Black-ish), Lily Tomlin (Grace And Frankie), Issa Rae (Insecure) and the winner, Rachel Brosnahan (The Marvelous Mrs. Maisel). 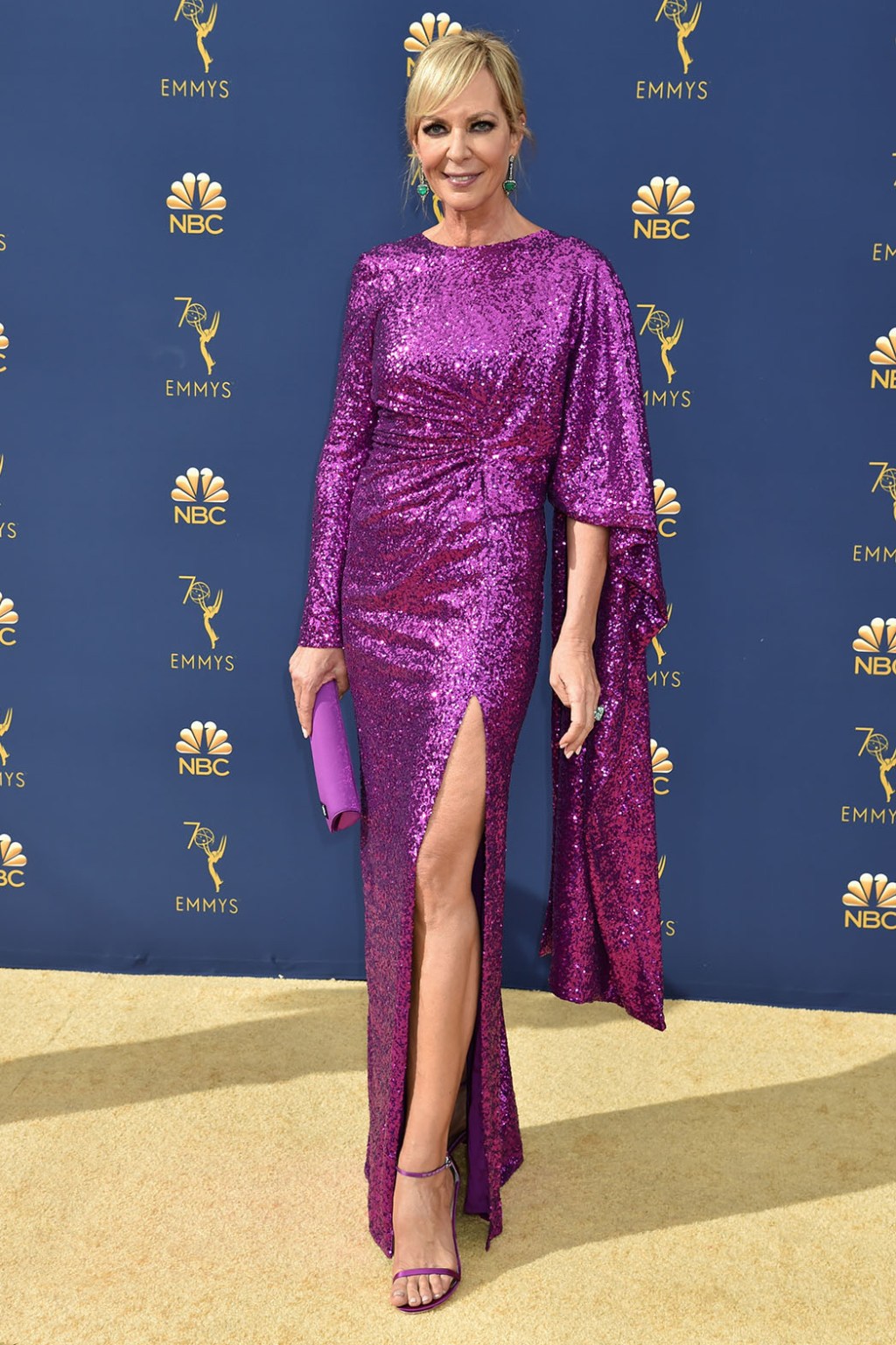