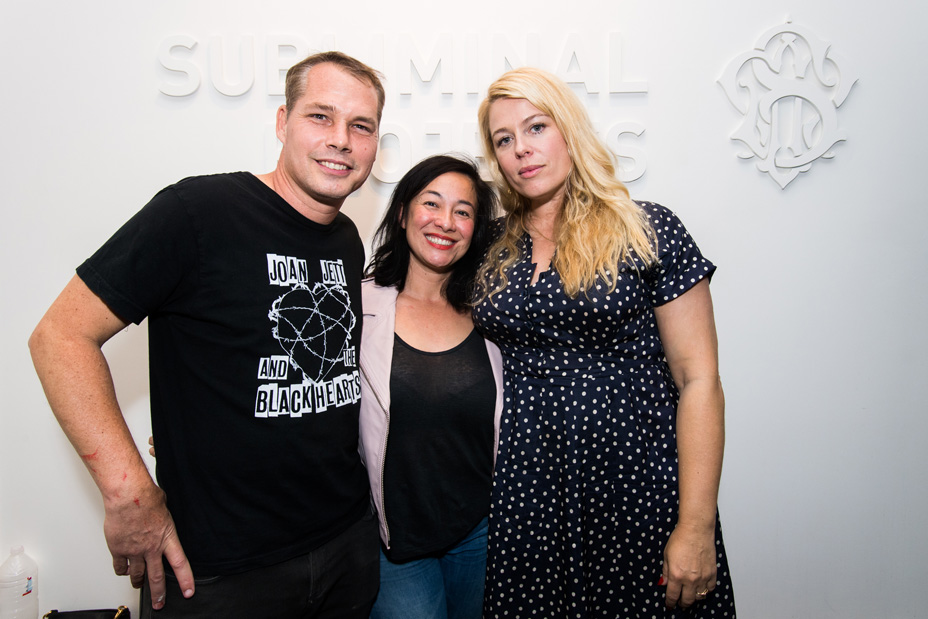 “The art world is really male-dominated; I think it’s important to have more parity, so I’ve become more aware of my subconscious biases,” said Fairey, noting that he and his wife are investors in #Girlgaze. “A lot of my friends are guys and they hit me up like, ‘Yo, can I get a show?’ But I think the world would be a lot better if there was more of a female perspective, which I realized from being married to my awesome wife and having two daughters. The art world is too hierarchical, so giving people the opportunity to submit and bypass a lot of the usual red tape is a nice idea. Amanda and I became friends because our kids go to the same school. She’s a real badass. I think we’re at that age now when social graces are important, but we’re not afraid to speak up for our beliefs. It’s important, so other people feel like that door’s been opened for them, too.”

De Cadenet chatted with THR at Friday’s opening, where copies of her new memoir It’s Messy: On Boys, Boobs And Badass Women (out Sept. 19) were on sale; Oct. 10 marks the release of #Girlgaze: How Girls See the World, a compilation of select photo submissions. 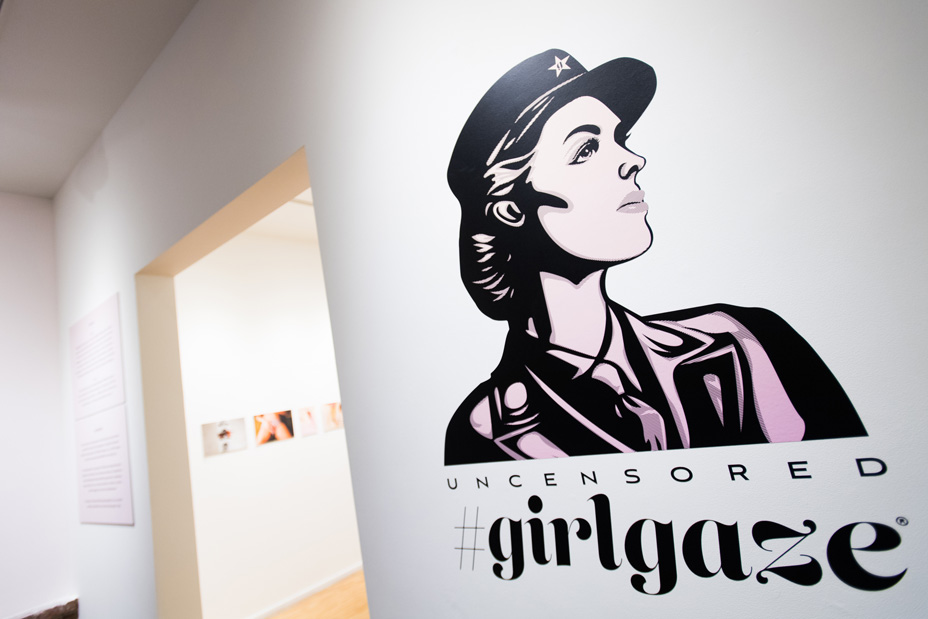 Tell us about the new #Girlgaze platform launching in November.

Amanda de Cadenet: We’re currently only on Instagram, but we’re about to launch a digital platform that will have some incredible opportunities for the community. People can submit jobs. We are trying to close the gender gap one job at a time, because when we are financially secure, we have more choices in life. So to pay a girl to create work not only builds her self-esteem and validates that what she’s creating is good, but it also provides financial compensation that helps her to build her life. Our demographic is Gen Z, and they are about transparency and care about social issues. Brands want to reach that demo but don’t really know how to engage with them, so it makes sense for them to hire our girls.

You’re interviewed some of the world’s most powerful women; when did you decide to write your own story?

I started writing It’s Messy about five years ago when I was making [Lifetime television series] The Conversation, because people would constantly ask me on social media, “Please can you write a book? Please can you share more of your stories?” I would share snippets in my interviews, but it wasn’t really about me, it was about my subjects. And so I curated the chapters of my book from what my social media audience asked me to write about. 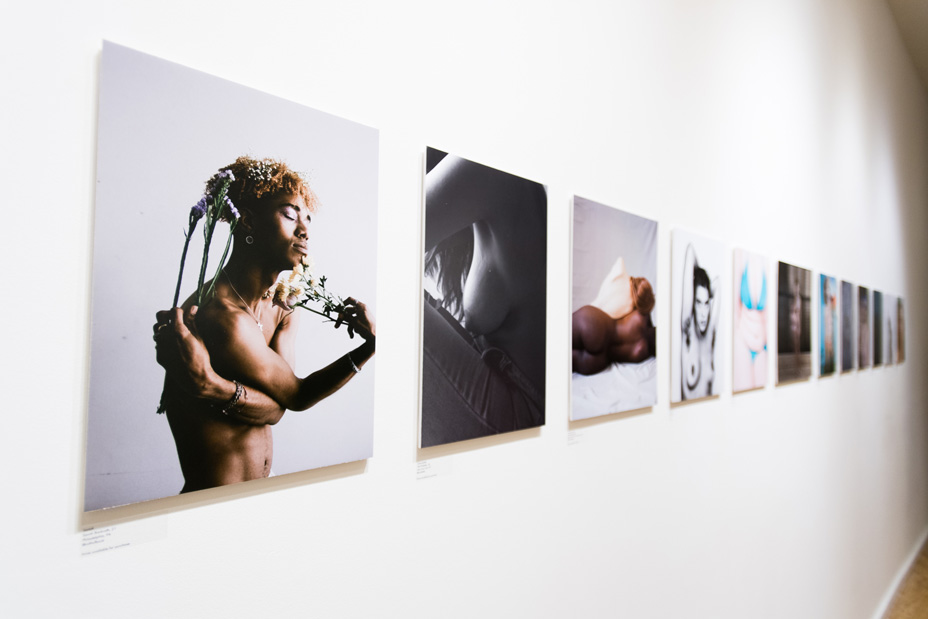 Have you personally experienced sexism in Hollywood?

As a woman who has worked interviewing on television since I was 15 years old, I cannot tell you how many times I have gone to meet networks and people who run TV stations and production companies who have basically said to me, “We just don’t know where to put you.” You can’t put me on the E! red carpet because I don’t care what anyone’s wearing and I’m going to get into trouble for asking political questions. Ultimately, sexism and misogyny are systemic, and so it takes women to take a risk. Whenever you get a seat at the table, as a woman, it is your obligation (and for me, it’s my job) to bring other women in. When I sold The Conversation and licensed it, I gave every single role (the grip, the DP, the rigger, the editor) to a female on that set because I wanted to give them an opportunity. Women who do that are Ava DuVernay (look at Queen Sugar, but she’s been doing that privately for years), and Shonda Rhimes is a huge champion of women, but she’s not talking about it so you don’t even know. I know who these women are because they’ve helped me behind the scenes in ways they don’t get credit for, because they want me to succeed. That’s what needs to keep happening.

What do you think about the conversation about lack of equal pay for women in Hollywood now?

Part of the reason I launched #Girlgaze is because there’s the same issue in the photography industry. There is a monumental lack of gender parity that’s been going on forever. It is getting a lot more attention in the last year due to people finally speaking out. That New York Times story on the A.C.L.U. [call to investigate gender discrimination in recruiting and hiring female directors in 2015] blew the lid on the stories we have been talking about in the community for so many years. I think the part that really is shifting and needs to shift is that actresses who carry the movie are getting paid less than their male counterparts. One of the few good things that came from the Sony hack was that a specific actress [Jennifer Lawrence] found out that the lead guy in the movie was earning much more than she was. 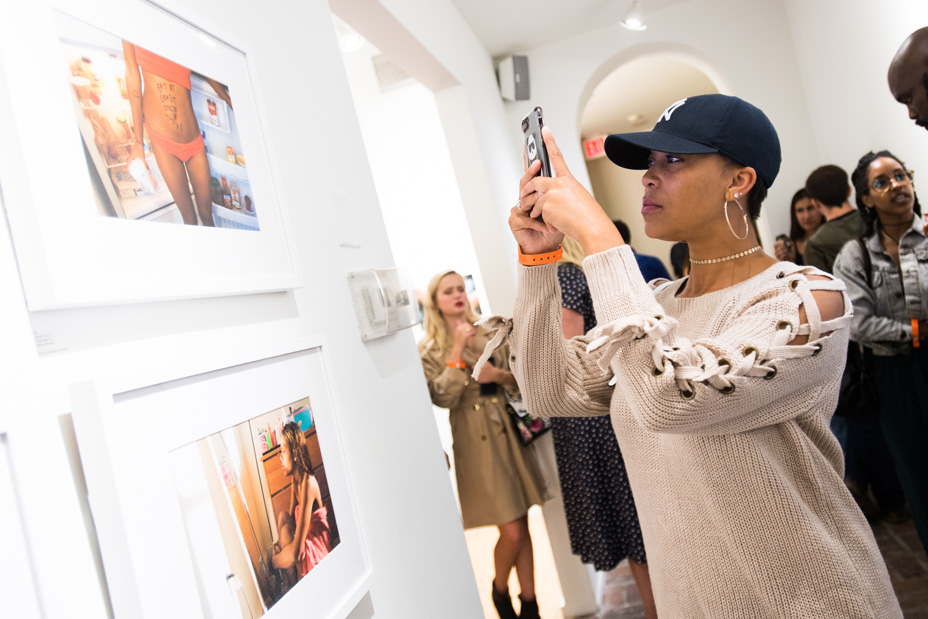 What do you think about the commodification of feminism in fashion at the moment, Dior’s latest “Why Have There Been No Great Women Artists?” T-shirt?

It is a method for igniting the conversation, and that’s great. Chimamanda [Ngozi Adichie] said, “We should all be feminists,” and that was Dior the year before. My feeling about the commercialization of feminism is there’s an argument for it and against it. The argument against it is, “Really, we have to be making money off feminism in Target now?” The argument for it is, “I love that kids are in Target learning about feminism, so who cares!” We need to stop being precious about what it means to be a feminist. It’s up to every individual.

What are a few things you’ve learned from all the amazing women you’ve interviewed?

So many things. Ultimately, that failing is a part of succeeding. No one’s life is perfect; perfect doesn’t exist. And surround yourself with good people.

How do you feel different now than you did at age 15 when you were starting out?

I’m extremely grateful that I have the opportunity to be a part of creating narratives that can positively impact, inspire and uplight women and girls. I’ve always been very passionate about people having a voice. You just have to keep rediscovering your truth as you grow and be willing to follow that. And I’m not afraid to fail.

What are some of your favorite places in L.A.?

Any Josef Centeno restaurants; he is my favorite chef on the planet. The Korean spa is my secret spot so I’m not telling you — please no one come and blow me up in there because I’ll be totally naked! I love the downtown Flower Market and Valerie patisserie.