Continue to The Hollywood Reporter SKIP AD
You will be redirected back to your article in seconds
Skip to main content
August 31, 2017 12:04pm

The Dress: A lace-paneled dress with a bejeweled bra top from Alexander McQueen’s pre-spring 2018 collection.

The Event: At the First Reformed premiere during the Venice Film Festival on Thursday, where she stepped out on the red carpet with co-star Ethan Hawke.

Why It Matters: Seyfried’s latest red-carpet moment is a stunner — a black lace dress that manages to steer clear of the “nearly nude” red-carpet trend trope, thanks to a paneled effect, handkerchief hem and floral crystal embroideries that show off McQueen designer Sarah Burton’s extraordinary handiwork. (The pre-spring McQueen collection details were inspired by British folk art and interiors.)

'Surface' Team on Twists and Turns in the Gugu Mbatha-Raw Thriller: "You Won't Know What to Expect" 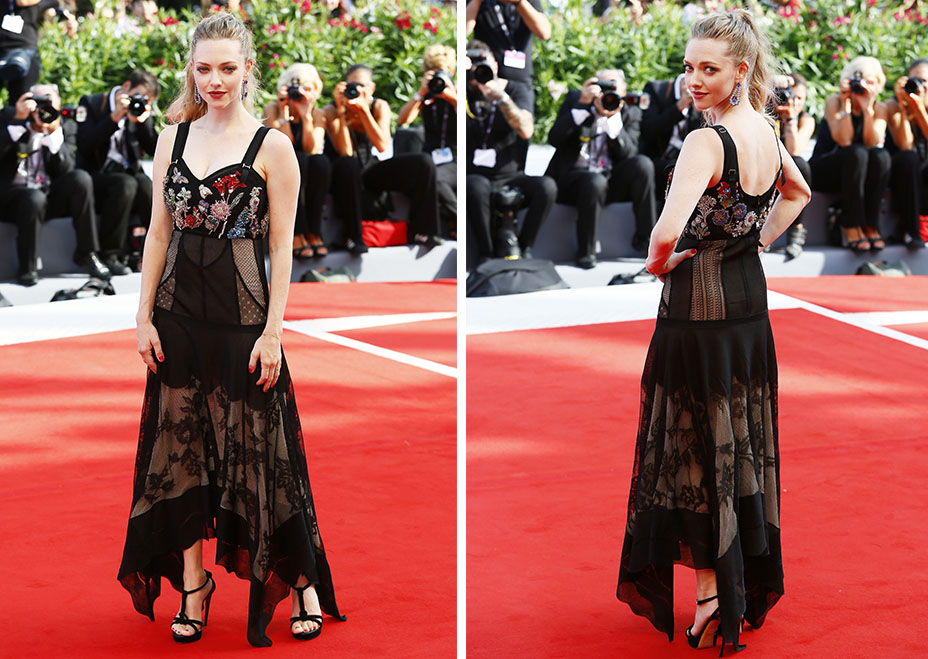 New mom Seyfried has been favoring dark hues on the step and repeat lately; she wore black monochromatic dresses for her last two red-carpet appearances prior to the film fest. However, it seems she’s starting to embrace the embellishments and patterns again as she appeared in a playful lipstick-print mini Valentino Resort dress earlier in the day for her film’s photo call.