Culver City officially turns 100 on Sept. 20 and will celebrate that milestone three days later at Culver Hotel — the six-story flatiron structure built by city founder Harry Culver and subsequently owned by Charlie Chaplin and John Wayne — with a black-tie masquerade ball. It’s just one of many centennial celebrations, including a 5K run this spring through the Culver Studios backlot and over the yellow brick road featured in The Wizard of Oz.

Festivities may be themed to Hollywood’s Golden Age, but Culver City, home to Sony Pictures since 1990, is anything but a relic. In fact, the 5.19-square-mile metropolis, which during the 1940s was producing half of all movies made in the U.S., has evolved into a tech-inflected mecca for global entertainment, surrounded by a residential real estate explosion that has seen home values nearly double in the past eight years.

Within its first decade, the city dubbed “the heart of screenland” had three film factories: Thomas H. Ince Studio (later to become Culver Studios), Hal Roach’s Laugh Factory to the World and Metro-Goldwyn-Mayer Studios, which, when founded in 1924, welcomed President Calvin Coolidge and Will Rogers at its grand opening. “The fact that so many movies were made here set up a constant sense of rivalry with Hollywood that we didn’t get enough credit,” says resident and historian Julie Lugo Cerra, referring to such Culver City-created classics as Citizen Kane and Singin‘ in the Rain. 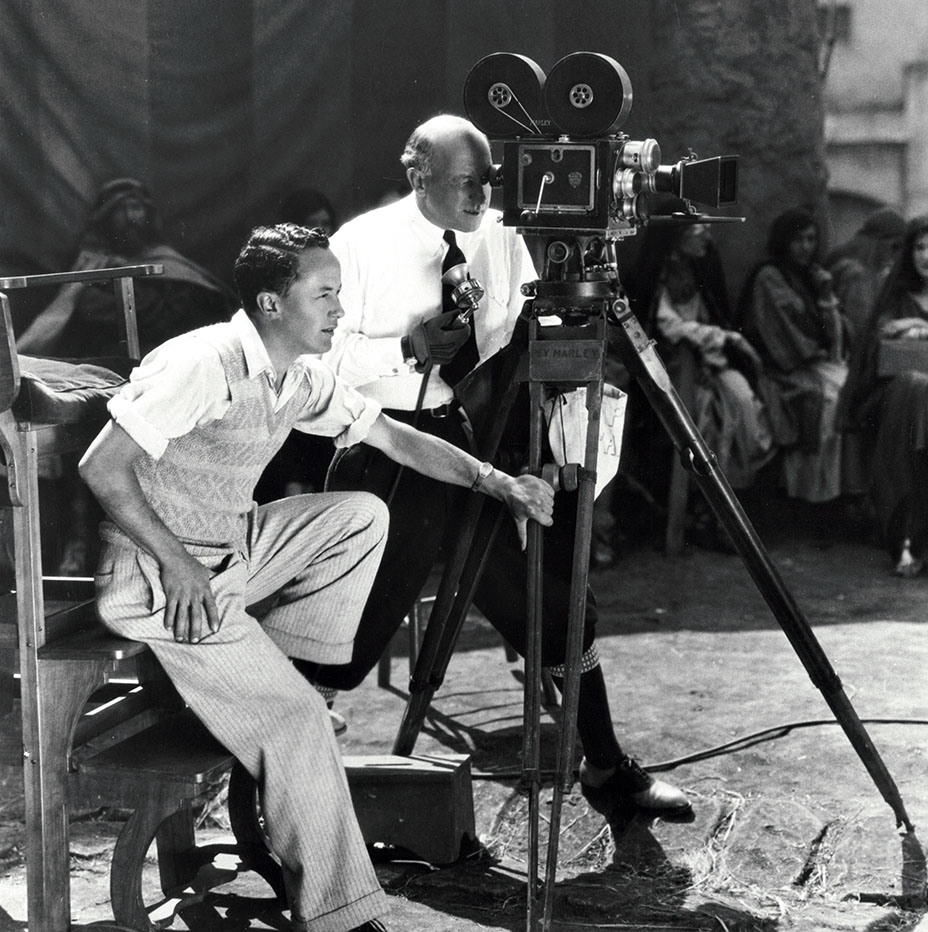 And while it’s safe to say Harry Culver probably never anticipated hosting Gwyneth Paltrow’s “In Goop Health” summit or housing a mall that hawks $480 hoodies, he was entirely prophetic when it came to location. “If you look at Google Earth, Culver City provides an amazing number of access points,” says Carl Muhlstein, international director at commercial real estate firm JLL. “It is literally in the middle of the city, with freeway access offering a straight shot to all of the studios. Couple that with superior tax rates compared to the city of L.A. in terms of gross receipts and employee taxes, and it’s extremely attractive to entertainment companies.”

Amazon Studios and Apple both recently have signed leases at Culver Studios (once owned by Cecil B. DeMille and later Desi Arnaz and Lucille Ball), the movie lot anchored by the “Mansion,” a white, columned structure that was Tara for certain scenes in Gone With the Wind. HBO is planning a move to the Washington Boulevard site of restaurant supply store Surfas, with architectural group Gensler tapped to design. The former 1980s Sony Pictures Plaza building is mid-makeover and will house a mix of offices and retailers (Equinox already has leased 32,000 square feet). Nearby, the $300 million Ivy Station project will include a 148-room boutique hotel, apartments, offices, shops and restaurants. 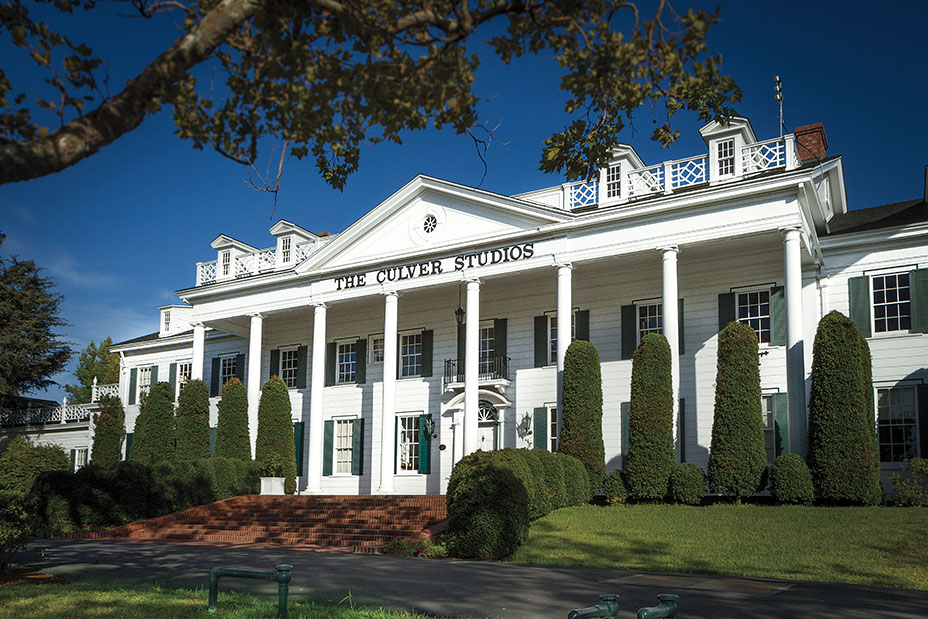 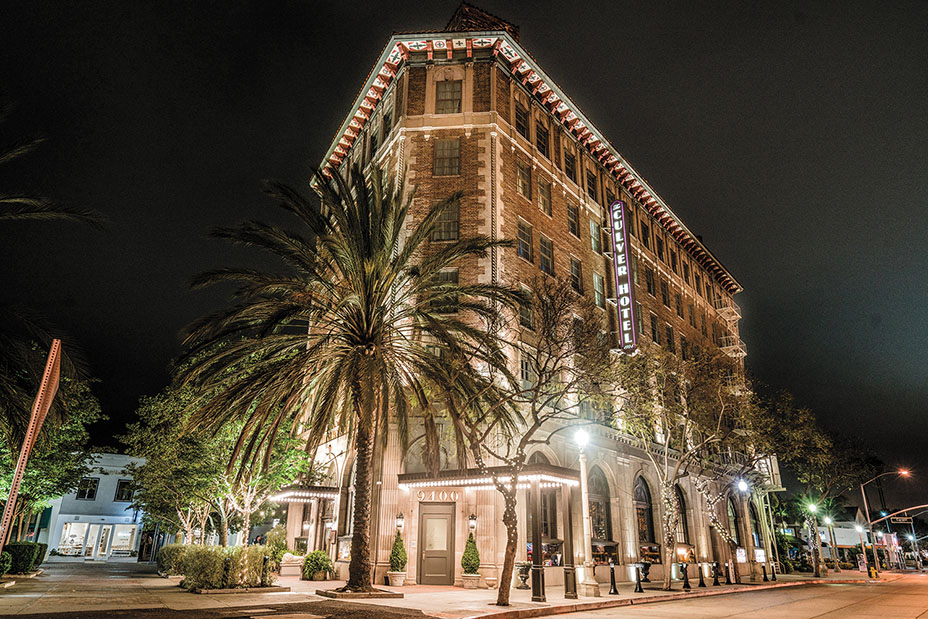 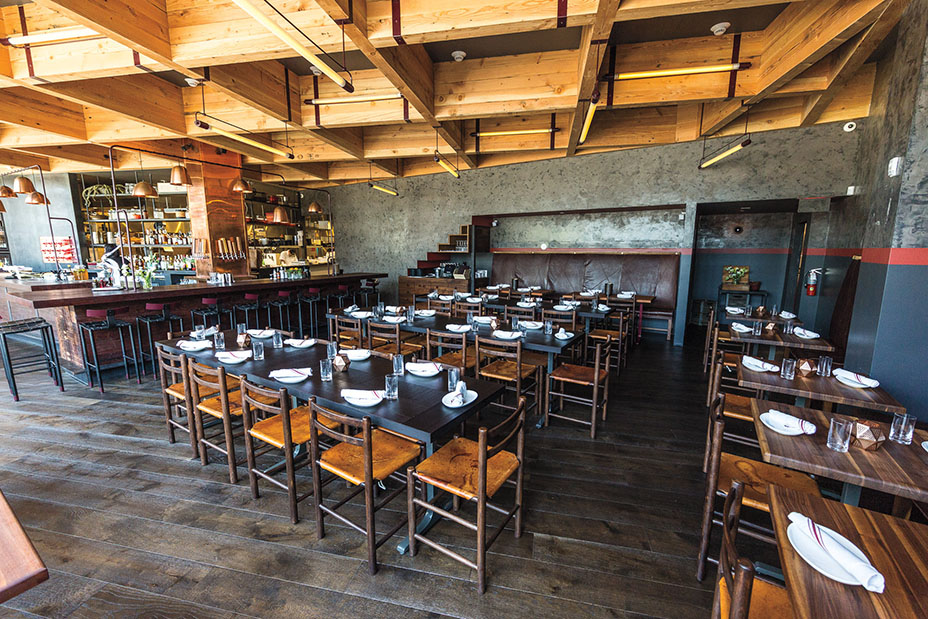 The new arrivals join Beats, Disney’s Maker Studios, gaming company Scopely, digital marketing firm SteelHouse and PopSugar LA — many of them clustered around the Hayden Tract, a former industrial area now known for its architecturally experimental buildings. The influx of world-class creative businesses has in turn impacted the area’s residential market — the median home sale has jumped 27 percent in the past year, according to Trulia. “When you have high-paying jobs in a region, increases in home prices follow suit,” notes UCLA Anderson School of Management professor Paul Habibi. “And the fact that it’s a sovereign, independent city with its own services, planning and zoning is attractive to developers and investors.” The May 2016 extension of the Expo Line, linking Culver City to Santa Monica, has only added to the allure.

Real estate agent Todd Miller has been seeing a lot of buyers who are priced out of Beverly Hills and Santa Monica — “tech and entertainment people who make good money and want to buy or live in high-end rentals,” he notes. “I used to tell people Culver City homes would all be million-dollar homes when they were selling for $600,000 to $800,000 a few years ago, but now I have to start saying they’ll be $2 million homes. It’s crazy.” 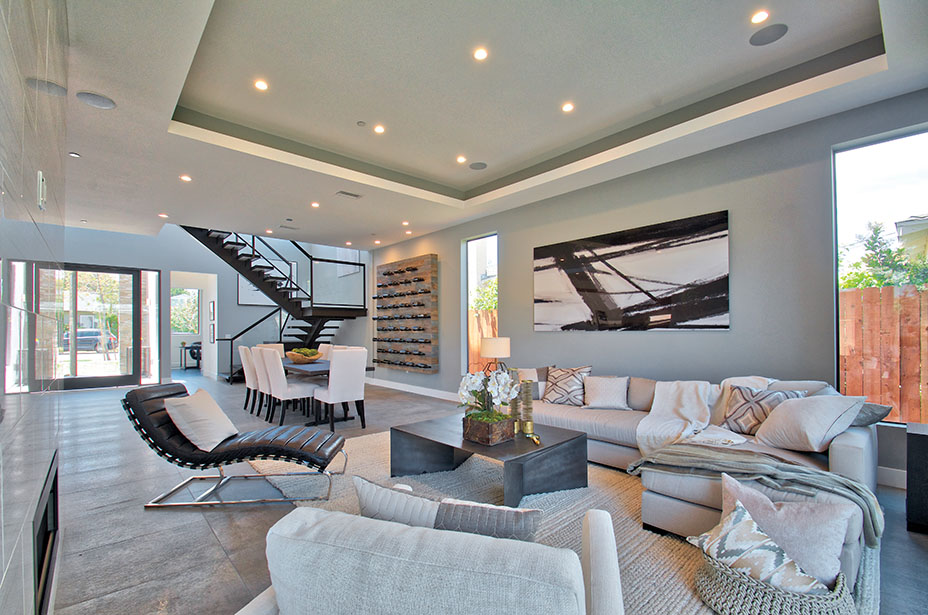 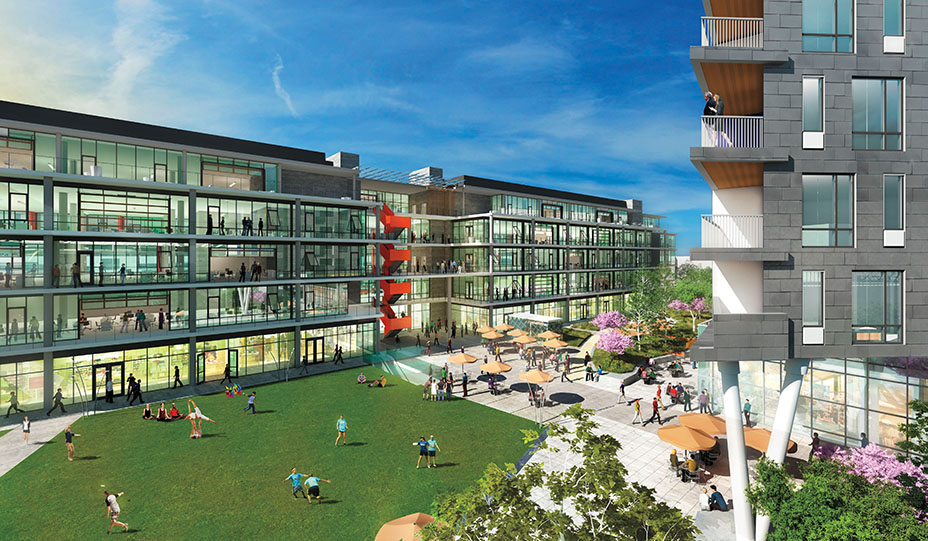 Ty Burrell didn’t double his money, but he came close: The Modern Family star bought a 1,680-square-foot condo for $865,000 in 2010 and sold it in April for $1.432 million. Ali Wong (Netflix’s Baby Cobra) and Food Network’s Aarti Sequeira also have homes here. Current listings include a 968-square-foot bungalow for $1.5 million and a 3,400-square-foot contemporary for $2.75 million. “Demand is high and inventory is low, so we have clients who will look into areas that border Culver City,” says Debbie Weiss, who recently helped producers Derrick and Adriane Hopper Williams buy a Ladera Heights home for $1.58 million.

Culver City offers a unique small town/big industry juxtaposition: Tim Robbins’ Actors Gang invites kids for free workshops (with the star often in attendance), while Harrison Ford heads to dive bar Back Stage. But as housing prices surge toward $1,500 a square foot, gentrification is a hot topic on the city’s Facebook page, moderated by Dan O’Brien, a Boy Scout Troop leader and editor at Fox Broadcasting. Discussions about the lack of affordable housing are occasionally punctuated with posts by incoming buyers requesting recommendations for vegan chefs and personal trainers. “Price per square foot is very high,” says Habibi, but he adds that limited lot size will keep the city from becoming a one-percenter enclave. “Ten-million-dollar homes aren’t coming there anytime soon.” 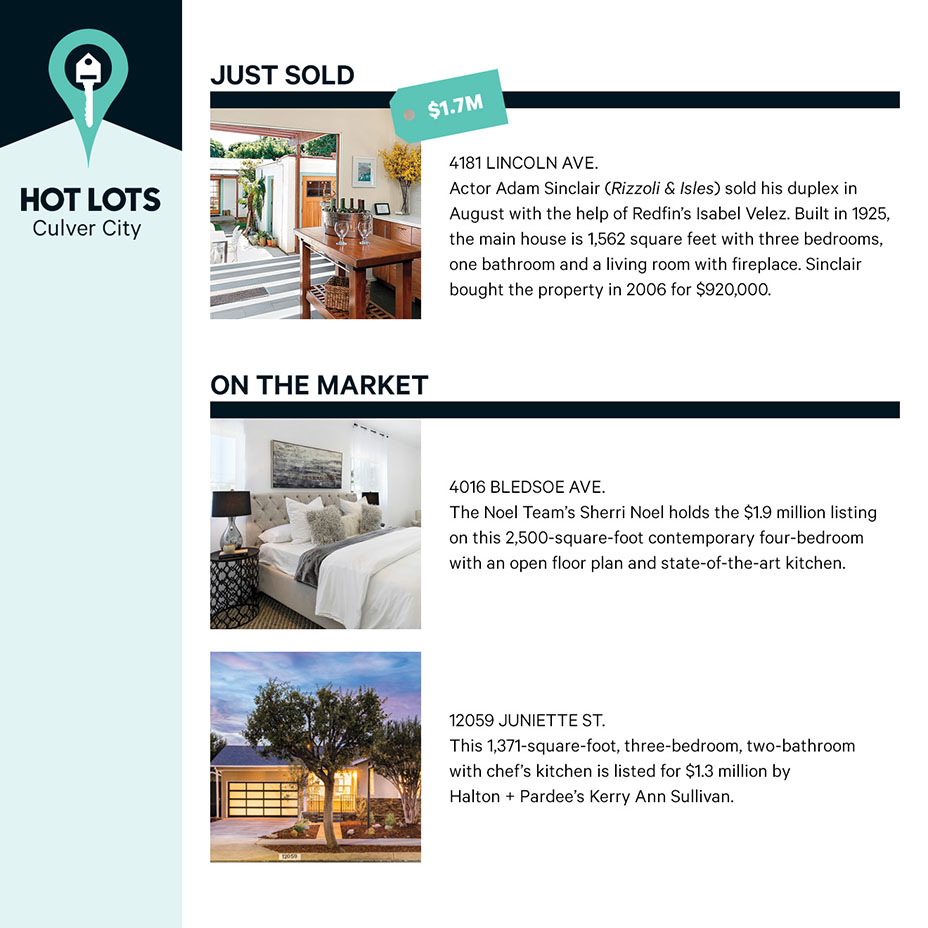 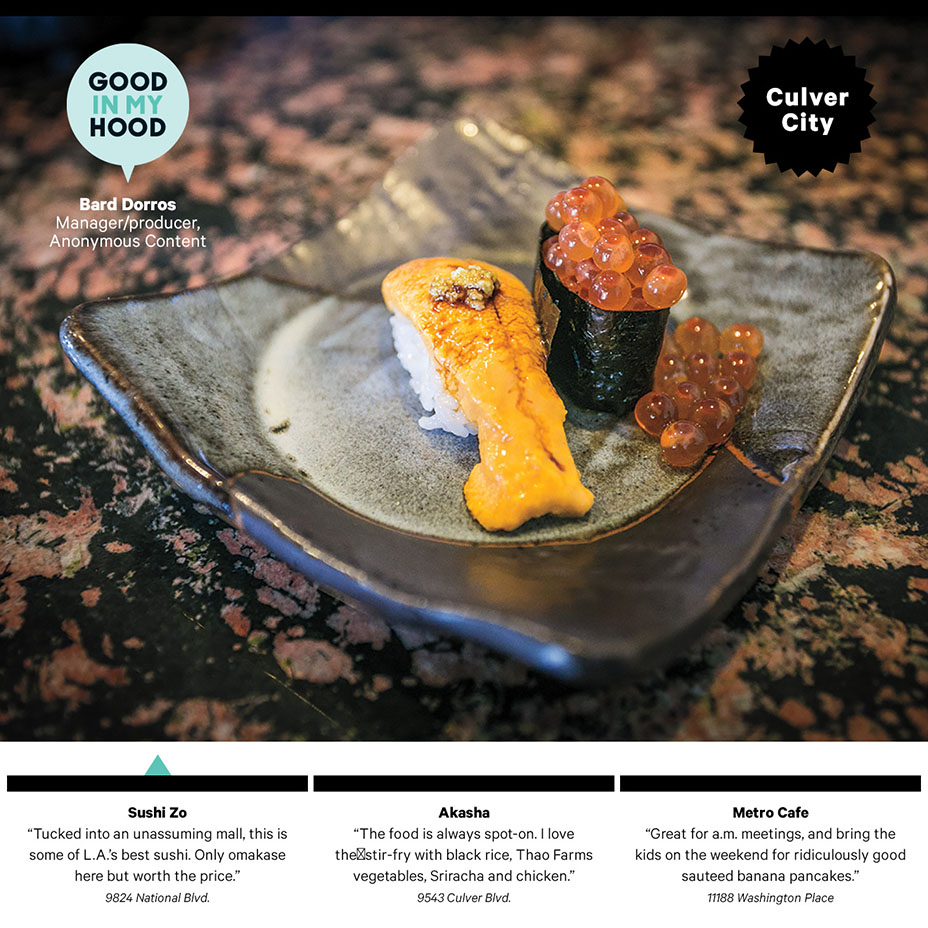