All it took was a call from his best friend and fellow chef, Michael Symon, and Bobby Flay was all in. Las Vegas’ Palms Casino Resort, amid a $690?million refresh, would be the home of the chef’s first new restaurant in five years — and his debut fish concept, with extensive sushi and raw bar offerings influenced by ingredients from South America, Mexico and the Mediterranean.

“Michael was doing Mabel’s BBQ and wanted me to talk to [Palms owners] Frank and Lorenzo Fertitta about coming on board,” says Flay, whose Southwestern-inspired Mesa Grill has been a sensation at Caesars Palace for 15 years (he also has the fast-casual Bobby’s Burger Palace Strip-side at Aria). 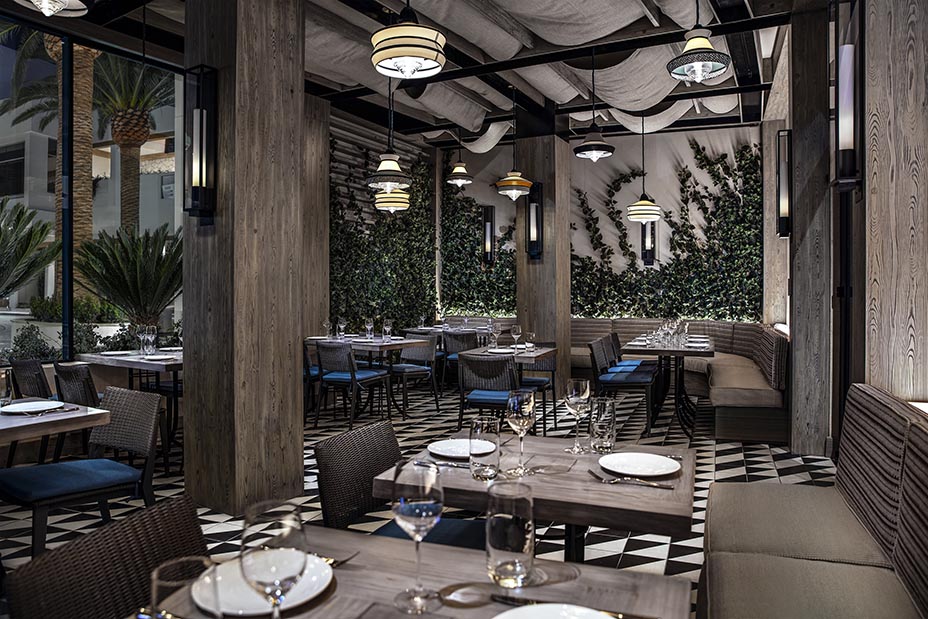 When he heard that the renewed Palms would feature one of the world’s best art collections, Flay, who recently developed a passion for contemporary art, dug into the project with the goal of developing a completely fresh concept. And when he observed British artist Damien Hirst’s massive shark sculpture The Unknown (Explored, Explained, Exploded), swimming above the Palms’ center bar, also a Hirst design, a light bulb came on.

“When I saw the shark, I knew that was going to the name of the restaurant,” he says.

Opening the week of April 1, Shark offers many firsts for Flay. The chili lover will be incorporating three peppers he hasn’t previously used in any of his restaurants, including the Aji Amarillo, a traditional Peruvian ingredient, as well as Panca and Rocoto also from the region.

This is also the first time Flay will be sharing his kitchen with another master — one who specializes in the art of sushi. 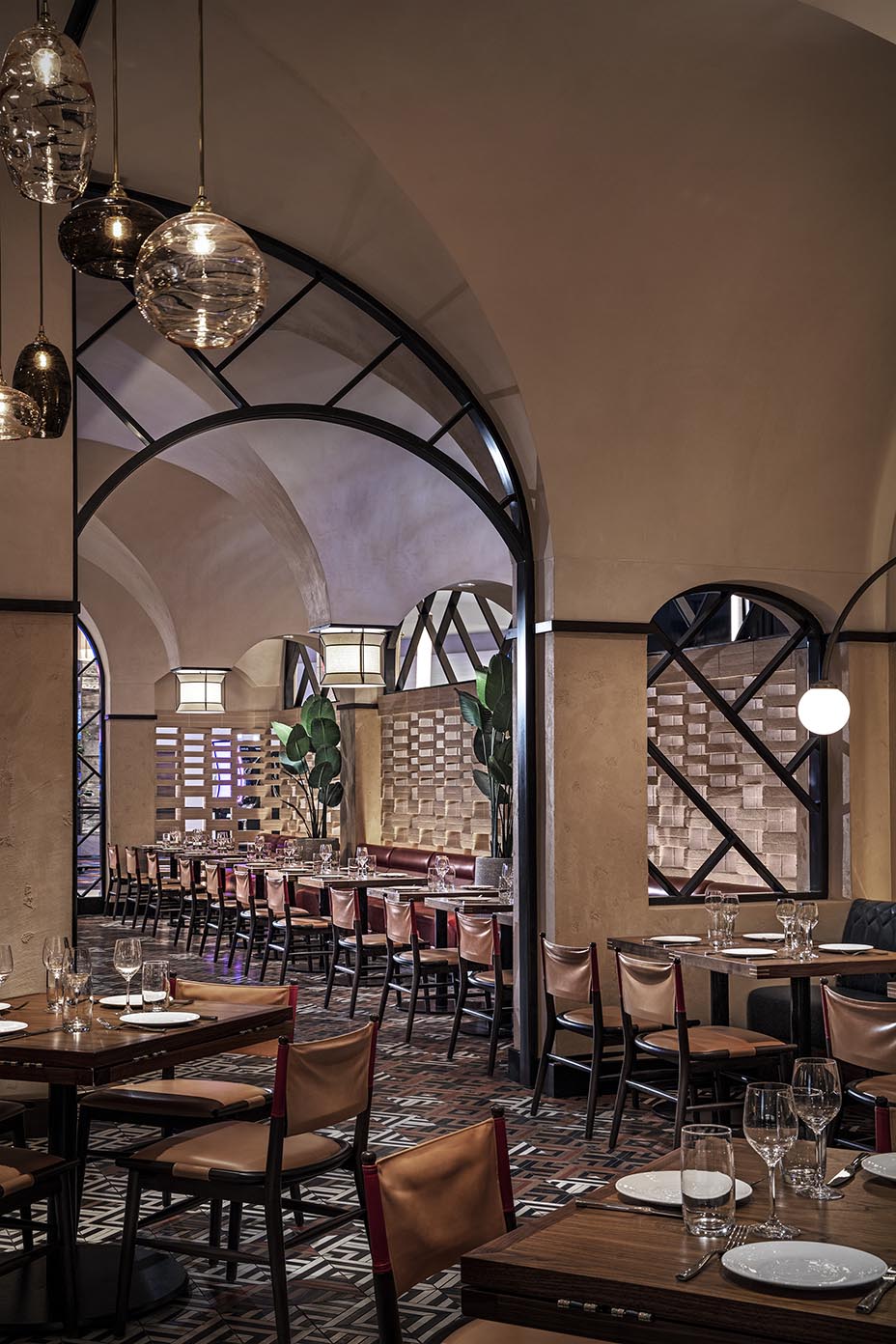 “Morimoto once told me that it is a craft that takes years to perfect, so with that in mind I knew we had to find the right person for the role,” Flay says. He recruited sushi chef Kiyo Asano, who studied in Osaka and worked at Nobu and Bar Masa, for the job.

Sushi and sashimi selections, ceviches and tartares sit alongside bold preparations of fish, seafood and other proteins — including Japanese robata getting a Latin kick with the traditionally skewered bits instead wrapped in purple corn tortillas. The menu — which Flay says is 65 percent hot, 35 percent cold — is shareable. 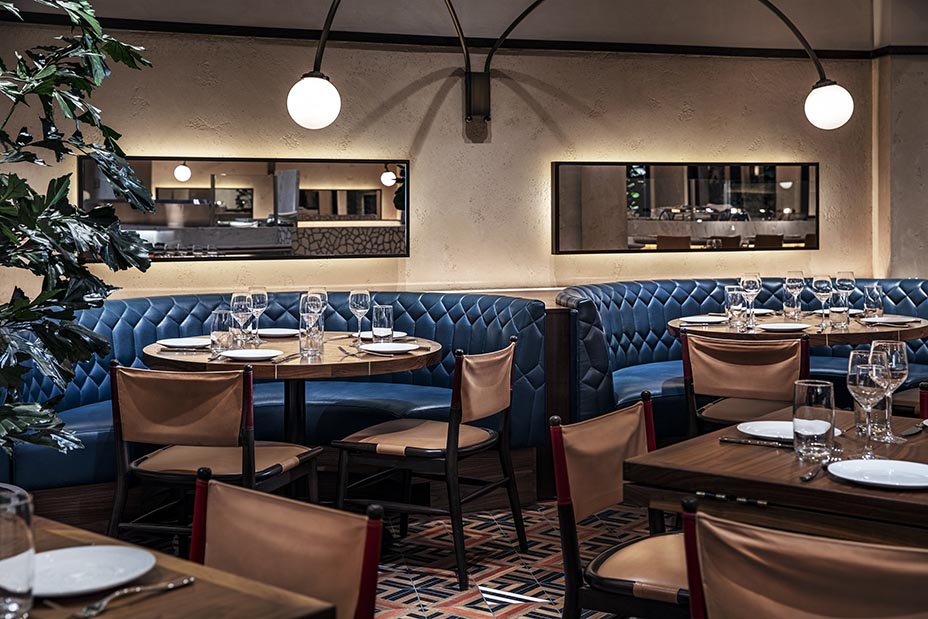 David Rockwell designed the room — which sits at the entrance to the resort’s new nightclub KAOS and features a patio that overlooks its pool club — with colorful tiles and intimate coved booths. 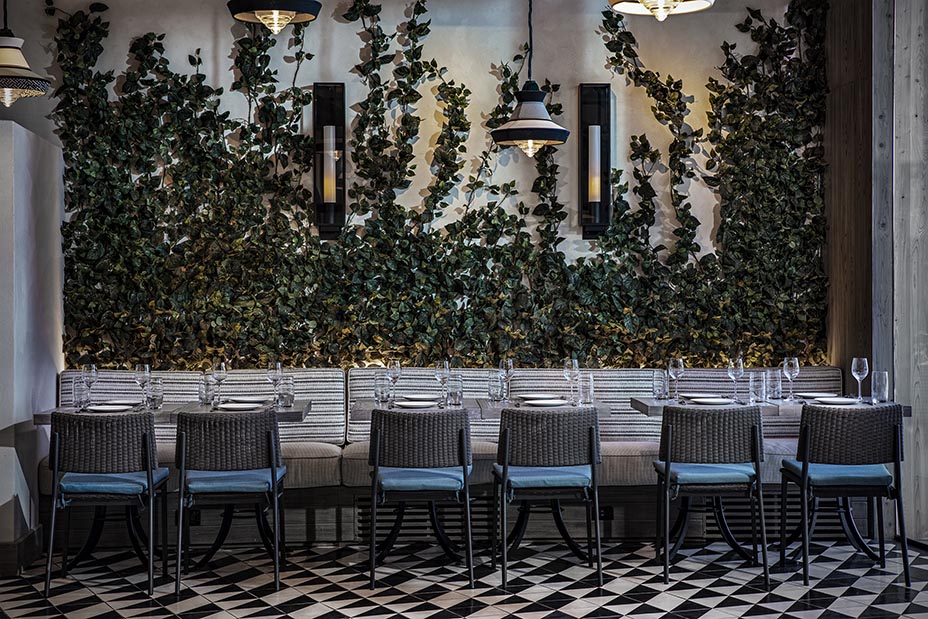 As for art pieces to look for while dining at Shark, Flay says with a laugh that he is “still negotiating with the Fertittas” on that matter but notes you can find his favorite works at Palms close by at Scotch 80 Prime steakhouse.

“I love the Basquiats in the private dining room [Triptych, “Speaks for Itself”, 1982] and the Warhols in the main dining room of Muhammad Ali and Kareem Abdul-Jabbar, two of my heroes.”

Both restaurants will be epicenters of star action as Palms celebrates its grand reopening weekend and the debut of KAOS with headliners Travis Scott, Cardi B and Marshmello from April 5-7. 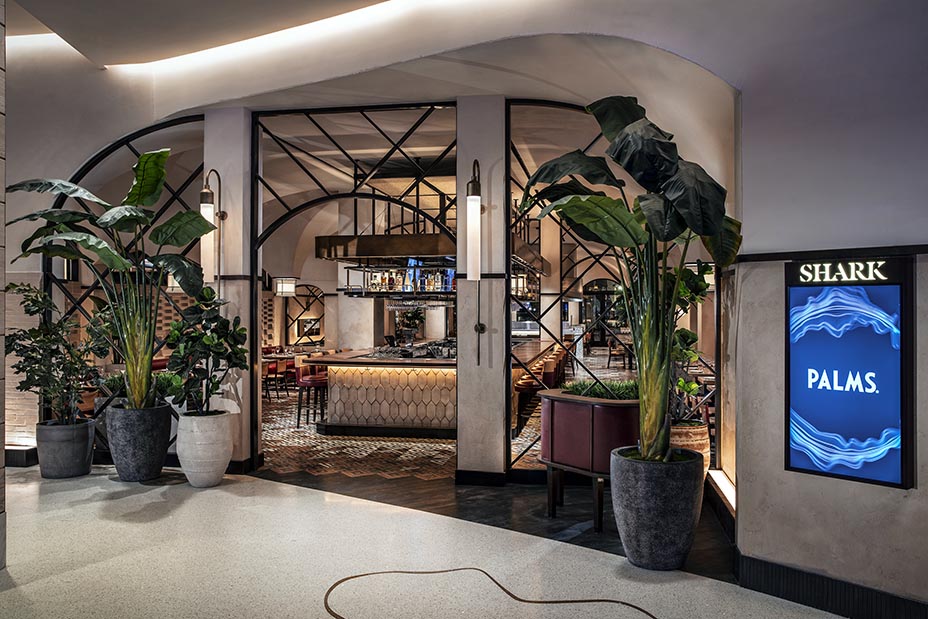