It’s been 10 years since Diane von Furstenberg founded her annual DVF Awards, and during that time she has highlighted 51 women around the world, telling their stories while also donating funds to support the nonprofit organizations they have founded, work that ranges from assisting refugees to helping women once they’ve left the prison system or teaching young girls and boys ideas of equality from an early age. But it’s the connections she’s both made and felt during that time, von Furstenberg said, that likewise should be valued. “It’s like a family, like a community, and that’s important because, more than ever, women have to stand together,” she told The Hollywood Reporter on the red carpet Thursday evening.

The 10th annual DVF Awards took place this year at the Brooklyn Museum, with five honorees, who each will receive $50,000 for their nonprofits from the foundation von Furstenberg founded with husband Barry Diller, once again reflecting that global effort. This year’s winners include Iraq’s Nadia Murad, a 2018 Nobel Peace Prize recipient for her work as both a survivor and advocate for victims of sexual violence, and Jordan’s Hadeel Mustafa Anabtawi, who founded The Alchemist Lab, which educates children in remote villages and refugee camps.

Los Angeles-based Susan Burton won the people’s voice award as founder of A New Way of Life Reentry Project, which provides housing and other assistance to women seeking to rebuild their lives after incarceration and is based on her own experiences in the prison system. “We put so much money into incarceration, but we don’t put anything on the back end,” Burton explained on the red carpet. “So my work is to create opportunity and a way out for women, who we want and need in our community.” (Her memoir, Becoming Ms. Burton, was given to guests at the evening’s end.)

That theme of community also was reflected in the night’s guest list, powerhouse women ranging from Gloria Steinem and Fran Lebowitz to models Coco Rocha and Maye Musk, actresses Julia Stiles and Allison Williams, and the night’s performers, Chloe and Halle Bailey, the Grammy-nominated R&B duo who were YouTube sensations before Beyonce signed them to her label in 2015. At 19 and 20 years old, the Bailey sisters knew they were on the younger side of a room filled with role models. Was there anyone they were excited about meeting? “Definitely Miss Anita Hill,” Chloe Bailey said. “But we also loved when Miss Diane came onstage with us during rehearsal earlier. We met her the other day when we did our fitting, and she’s such a force to be reckoned with, so spicy and kind and graceful.” 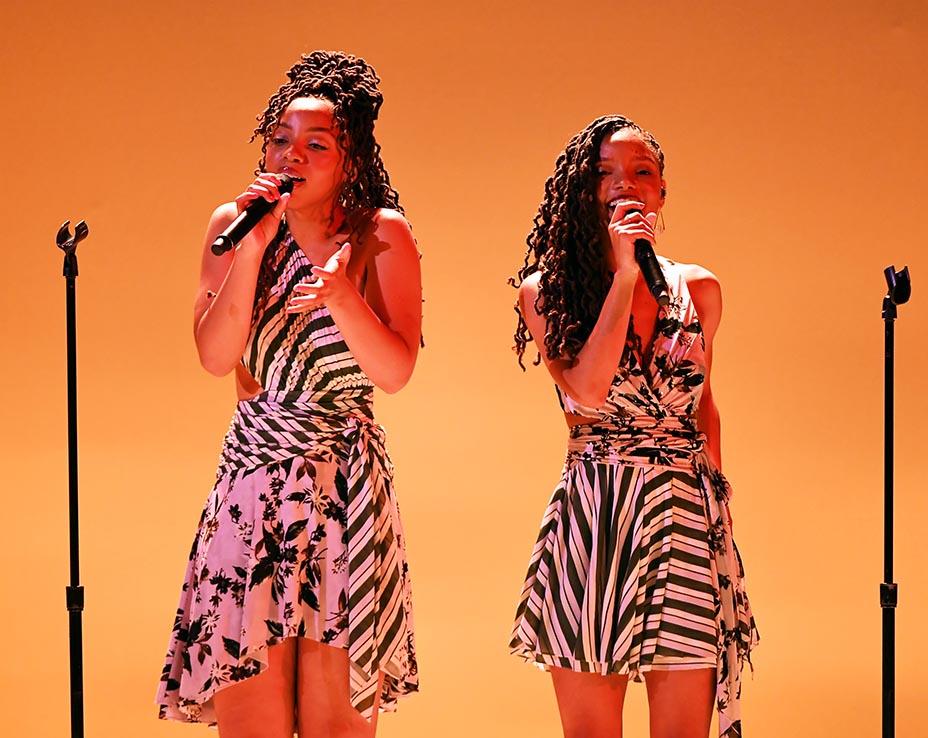 Hill was introduced by Steinem, who believes events such as the DVF Awards are highly relevant in today’s world. “If we look at the proportion of reporting on women and women’s issues, it’s still not 50 percent, to put it mildly,” she told THR. “So we need to create these events to raise up and identify women who should be known globally — and also so we can meet each other.” 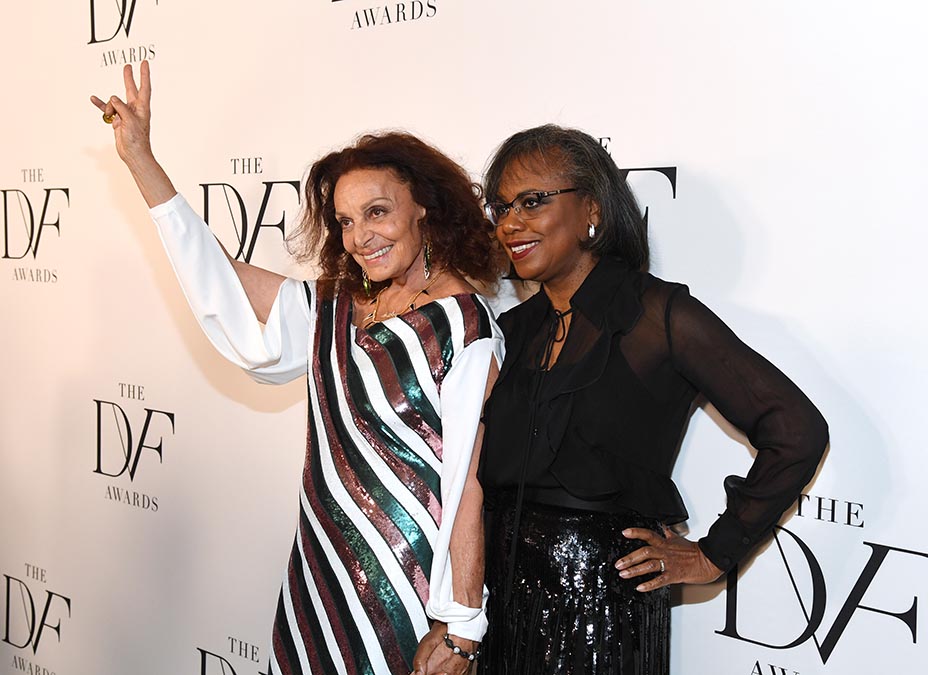 Hearing the story of every honoree is among the chief reasons Seth Meyers and wife Alexi Ashe were in the audience Thursday night. “Stories are more important than ever, and that’s what separates this from a lot of other events,” Meyers said. “You hear the stories of people being honored, and it shows the real-world impact one person can make. And we’re living in an era right now where I think every one person has to realize they can be a helpful agent of change.” 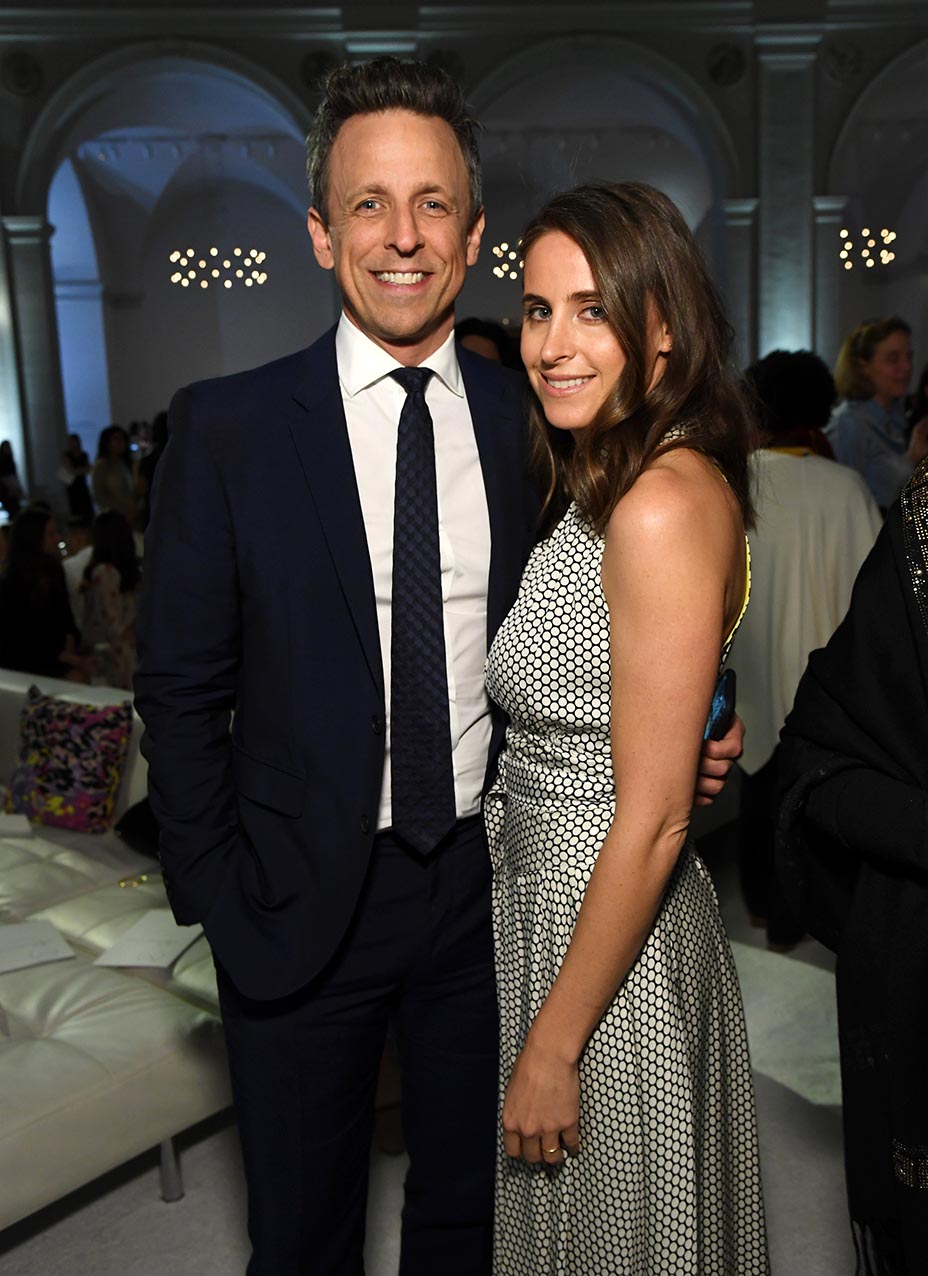 Katy Perry received the night’s inspiration award, recognized for her work as a UNICEF goodwill ambassador and her support of the LGBTQ community. “I always try to have one person who is more well-known to the masses, and they also help to offer more exposure to the others, but they have to have a role with women,” von Furstenberg explained. “Katy is a wonderful ambassadress for the UN and for UNICEF, but with her voice she also opens her heart and shows her vulnerability, and doing so is really a sign of strength. And she’s encouraging others to be strong, so she was a perfect choice.”

“I’m really honored to be in this company — I’m just a pop star, and here’s Anita Hill and all these other ladies,” Perry said on the red carpet. “I haven’t changed laws — yet. I’m not there yet. My main purpose is that hopefully everybody can feel connected and can feel safe and seen and celebrated.”

Was there any woman in the room Perry was looking forward to meeting? “Gloria Steinem is here and I love her, because she’s so authentic,” she said. “What’s really important for me is authenticity in a world that can be posturing and very fake and all about the wrong priorities. When someone is just truly themselves and unapologetic about it, it’s so refreshing. She stands up for all women, and it’s been a lifelong advocacy for her, so I’m really inspired by her.”

Following the stories and speeches, the night ended with an invitation to stay after hours and check out the Brooklyn Museum’s exhibits, which feature another woman who was unafraid to defy conventions: “Frida Kahlo: Appearances Can Be Deceiving” runs through May 12 and is the largest U.S. exhibition in 10 years to highlight the iconic painter. As guests headed downstairs to the first-floor space to experience Kahlo’s work, presenters and honorees gathered onstage for one more photo. “I’m so glad that I get to share this,” Hill said. “This is just a testament that we are, in fact, stronger together, when we celebrate each other.” 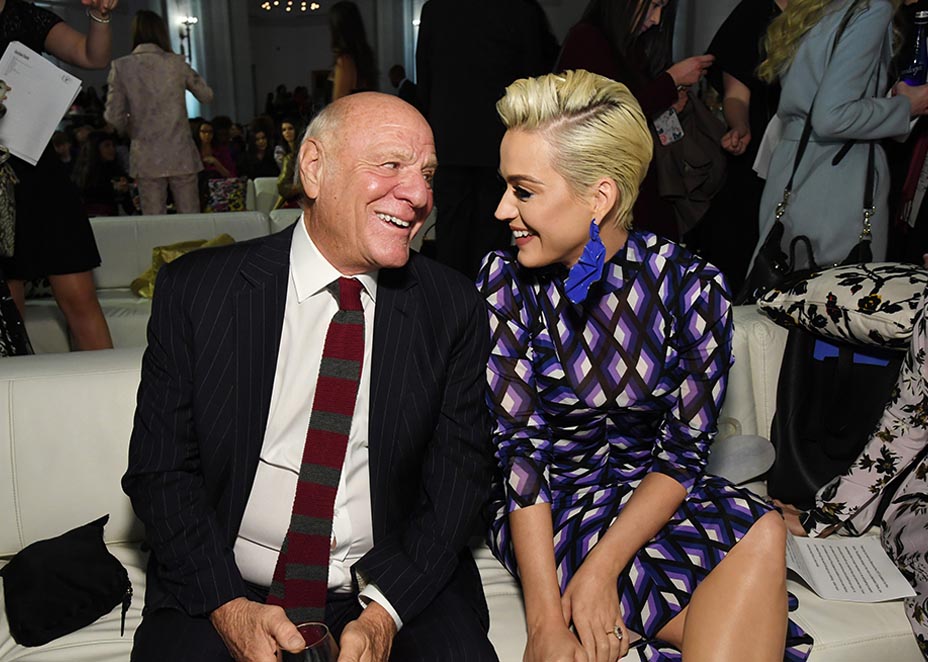