It was, for better or worse, 2003’s seminal hit The Lizzie McGuire Movie that introduced me to the concept of fashion shows.

A makeover montage scored with the 1992 RuPaul classic, “Supermodel (You Better Work!)” — which was indeed available on the karaoke CD soundtrack to the film, much to my brother’s chagrin — touted lines like, “Sashay!” and “Shante!” and a personal favorite, “C’mon girl, gimme a twirl!”

But fast-forward 15 years, and most of the runways I’ve witnessed IRL have erred more on the side of robotic (sometimes with actual robots!) than whatever it is that “shante” means.

However, Monday night, models on Anna Sui’s runway proved that the art of fierce runway ‘tude is not dead. There was plenty of sashaying, hip-popping, coat-flashing, twirling and yes, probably even some shante-ing, all executed with straight-up, don’t-mess-with-me glares. A handful went the extra mile to stare directly at the camera phones of the guests who were ready to snap the action. 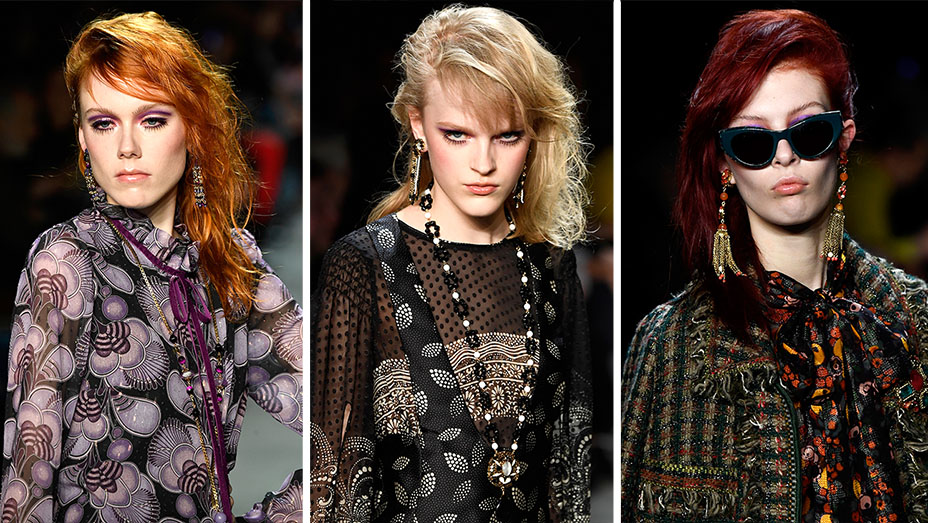 Far from the playful winks or smiles flashed by models at more carefree shows like Jeremy Scott or Chromat, ladies including Gigi and Bella Hadid and Kaia Gerber did their supermodel best without once cracking so much as a smirk, and it was thrilling to see in person.

The fierce clothing by fashion icon Sui, of course, inspired the attitude. The ‘60s-style office wear — done up in the designer’s signature sequins and a purplish pink palette — featuring pantsuits and pussy-bow blouses styled with cat-eye sunglasses brought to mind the iconic scene from Mad Men‘s finale (which has since been meme-ified) in which Peggy is walking out of the office with her box of personal items in hand and a cigarette in her mouth. 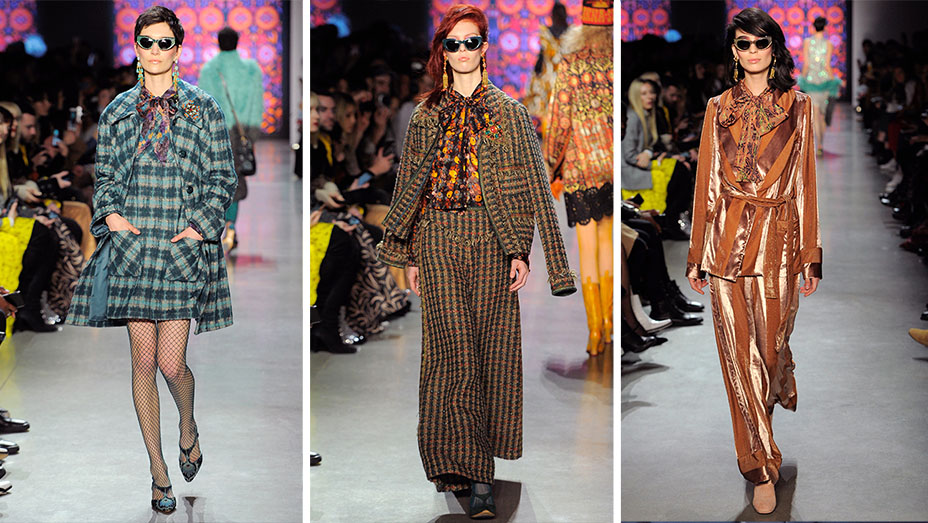 A few other nods to an empowered corporate look included slingback kitten heels and printed tights, which reminded me of the alleged fox tights debacle that went down earlier this year, when WWD reported that a few colleagues of new Vanity Fair Editor-in-Chief Radhika Jones lamented her kitschy legwear.

It wasn’t all cool office attire, however. Sui also offered up logo-printed beanies and scarves, pajama-inspired loungewear and even her take on the bathleisure trend with a robe coat done in her signature lavender. 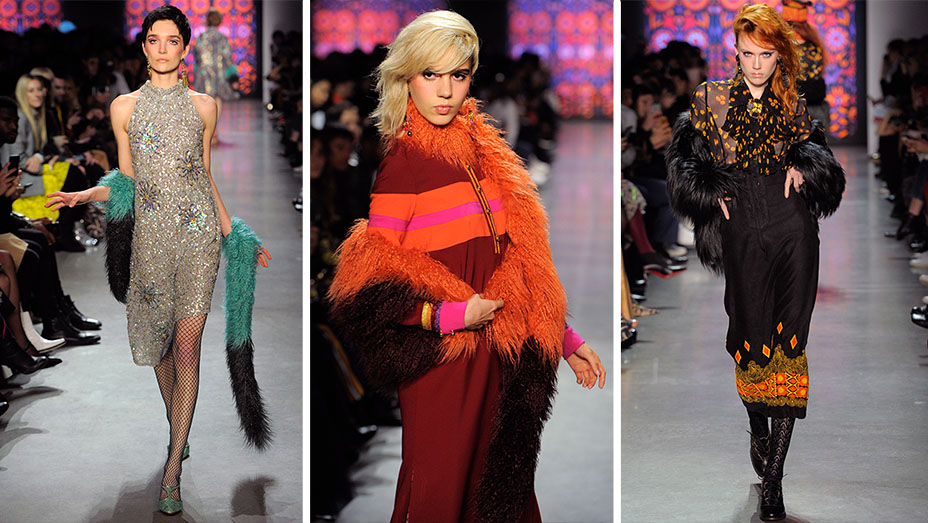