Anna Wintour is the most powerful woman in American magazines and among the most influential in fashion — but that’s nothing compared to being a first-time grandmother. “I’m going to show you a picture,” the Vogue editor-in-chief said Thursday night, beaming as she opened her iPhone to reveal a photo of 1-month-old Caroline, born March 28 to Wintour’s son, Charles Shaffer, and his wife, Elizabeth.

Sylvana Durrett and Luisana Mendoza de Roccia were thinking of stylish women like Wintour when they created Maisonette.com, a curated e-commerce and lifestyle site that showcases upscale baby and children’s clothing, as well as home decor, gifts and toys. At a launch party in a Brooklyn gallery space Thursday evening, Wintour was among those to join the co-founders, both of whom are former Vogue staffers. “They’ve both been so much a part of my Vogue life and personal life for so many years, I couldn’t dream of not coming,” said Wintour. “They both have remarkable taste and are always good at seeing what’s new, and I think it’s just going to do so well.”

Maisonette.com debuted in March and was born out of a frustration to source children’s wear that feels more sophisticated than, say, Baby Gap. The site features hard-to-find brands the pair has sourced directly — The Lacemakers by Los Encajeros, a home and children’s collection founded in Bilbao, Spain, in 1880, is one example — while also offering an online platform for smaller, independent children’s boutiques around the world.

“It came from looking for something we needed; we just wanted the site for ourselves,” said Mendoza de Roccia. “We were having children at the same time, and we were extremely frustrated with the shopping experience, especially coming from the fashion world.”

Mendoza de Roccia has three children; Durrett has two and, at 36 weeks pregnant, is about to give birth to her third. “We wanted to offer a premium luxury experience in which they’re getting best-in-class service and discovering beautiful things they wouldn’t find otherwise,” she said. Both women also put their Vogue experience to use via the site’s editorial approach; on the current homepage you’ll find a Q&A with Michelle Monaghan, accompanied by photos of the True Detective actress with son Tommy and daughter Willow. “We also wanted to have fun doing it,” added Durrett. “We don’t want the site to feel too serious. There’s a lightheartedness to it that we hope people will take away from the editorial elements.” 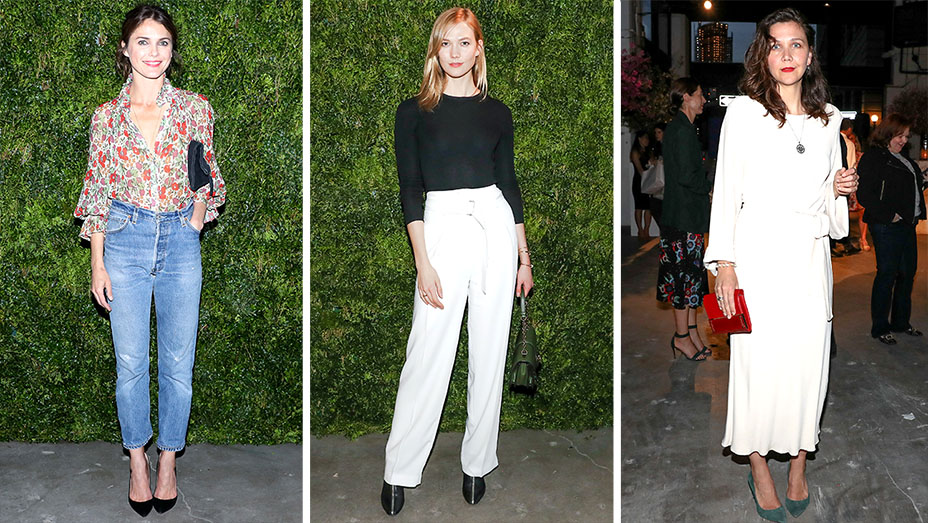 Also among the guests: Maggie Gyllenhaal, David Burtka, Karlie Kloss and Keri Russell, whose 5-year-old daughter shares the same pre-school with one of Durrett’s children. “Her Henry is one of the five Henrys in the class, and my Willa writes love notes to him all the time,” said Russell. “Sylvana is such a cool girl, and such a good mom. She’s about to have her third baby, and I saw her climbing two flights of stairs this morning with two kids in tow, and I knew she had this big event tonight. I was like, ‘What are you doing at drop-off? Go home!'”

Seth Meyers and wife Alexi Ashe slipped in for dinner following his Late Night taping, and Meyers quickly deferred to his wife on all shopping matters related to their 1-year-old son, Ashe. “Alexi is amazing and handles all of that beautifully,” he said. At the long table that stretched the length of the gallery, Meyers was seated next to Wintour: The pair had their heads together throughout dinner, causing other guests to wonder if perhaps they were discussing his upcoming hosting duties for the June 5 CFDA Awards. The Vogue influence also was seen in the flower arrangements that ran the length of the table, with a chic mix of lilacs, lilies of the valley and other fragrant blooms designed by Raul Avila, who also creates the floral design for the Met Gala. The deep-pink hues of the event also extended to the cocktail hour, highlighted by Perrier-Jouet Rosé. 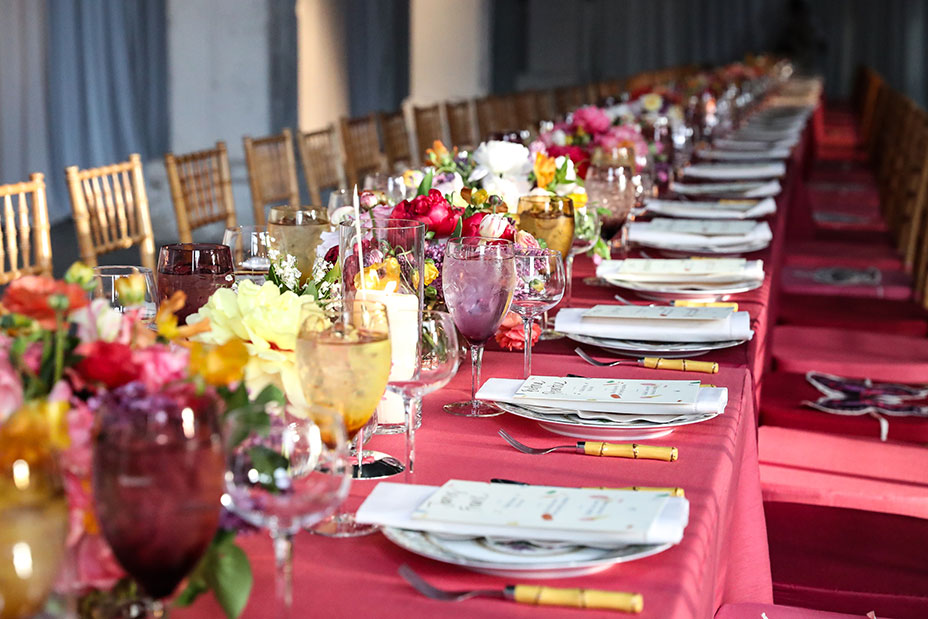 Such a posh party wasn’t surprising, given the level of taste found on Maisonette, noted Burtka. “Sylvana is a friend of a friend, and what she and Luisana have done is so unique; it really is the Net-a-Porter of kid’s fashion,” he said. How might it apply to his 6-year-old twins, Gideon and Harper? “They each have their own style — Gideon, you can put something in front of him and he’ll wear it. He loves comfort— slip-on Vans, especially if they’re shiny and silver, are a big thing for him right now,” he said. “Harper has to do it all herself; you know, kids have opinions now. And she loves the big, frilly dresses, but sometimes you have to rein that in: ‘We need a special occasion for that dress, we can’t just wear that to school.’ But she loves putting outfits together.”

Russell agreed, adding that the site has assisted her in ways beyond being a fashion resource. “I can get Willa to do anything by saying, ‘I’ll buy you a new dress,’” she joked. “It’s her Kryptonite.”